As promised, here are a few more of those unpublished drawings that Ken Reid made for the American chewing gum card manufacturer when he hoped to publish his series of monsters created from familiar objects in 1969 (see my intro for the Creepy Creations book by Rebellion). Scary, aren’t they?.. 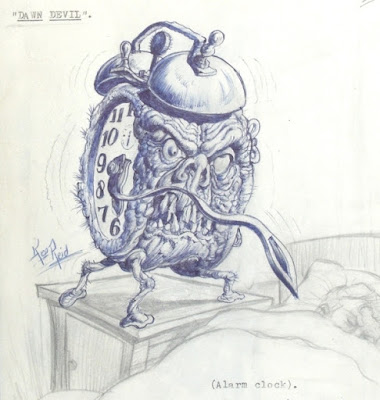 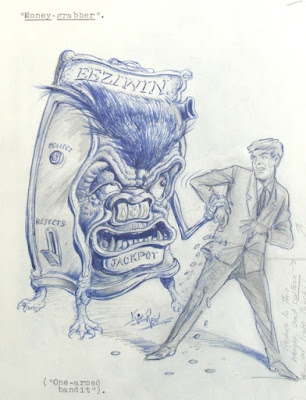 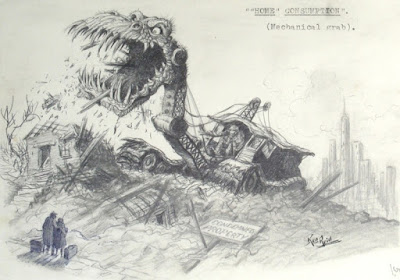 I have a few more of those but will save them for the complete biography of Ken Reid that I mentioned in my interviews last summer when I promoted my crowdfunding campaign for the Power Pack of Ken Reid. I still hope the bio will materialize at some point in the future.

Ken later used a few of those ideas in his series in Whoopee!:


Click on the POWER PACK banner in the right-hand column and get your copy of the POWER PACK OF KEN REID - the deluxe two-volume set of Ken’s strips in WHAM!, SMASH! and POW! comics of the ‘60s.
Posted by Irmantas at 1:52 PM