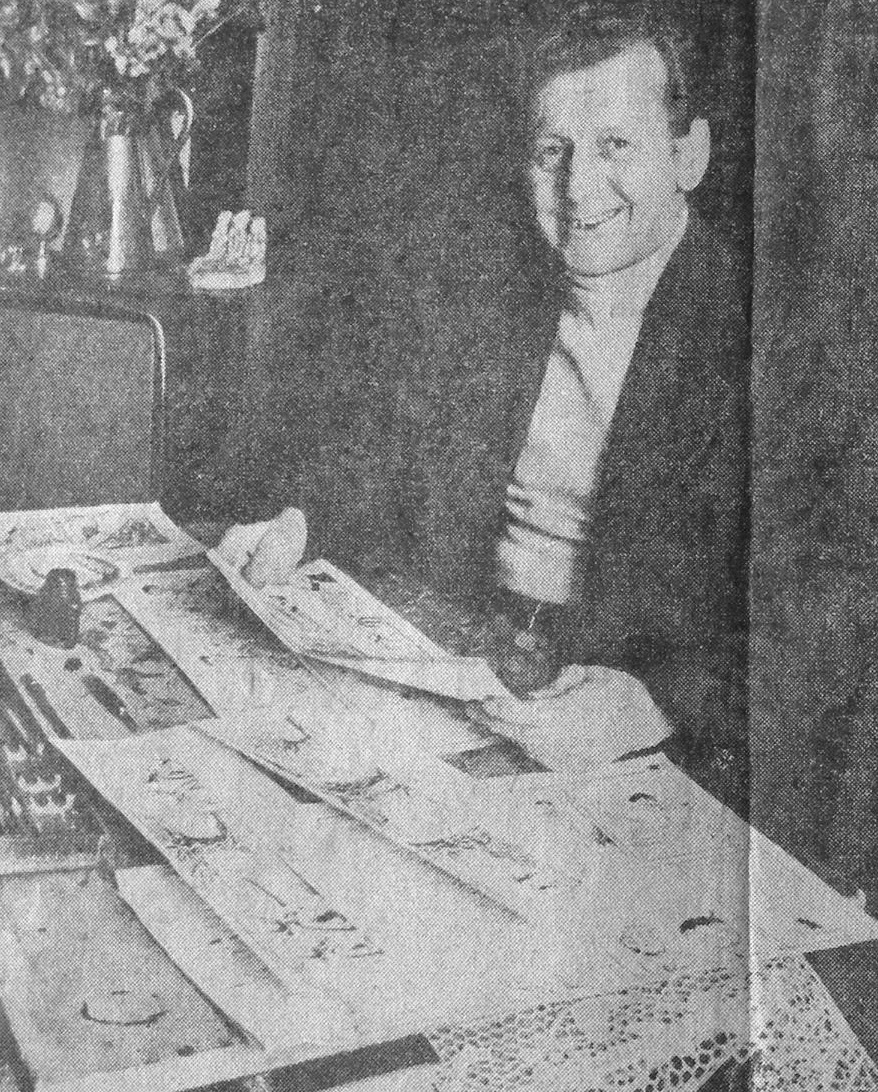 Ken Reid is widely recognised as one of the great UK comics illustrators but he is sometimes overlooked as a brilliant scriptwriter. In this post I will focus on Mr. Reid’s IPC work.

He only wrote two strips for the publisher – the first one was SUB in SCORCHER (the first of Mr. Reid’s eight soccer strips that he drew in 1970 - 1974). Ken wrote scripts for all but the first two of the 31 episodes of this hilarious feature. Here is an example: 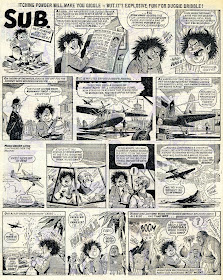 The second was of course Faceache – the long-running strip that began in JET and transferred to BUSTER when it absorbed JET. The first two episodes were written by Ian Mennell (I think they were episodes one and three in the JET run of the strip) before Ken took over as the writer and continued for more than a decade until BUSTER became BUSTER AND JACKPOT. The last episode of Faceache that Ken drew to his own script appeared in BUSTER cover-dated January 30th, 1982. Here’s an example of an early one from JET: 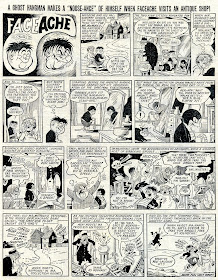 I contacted Dez Skinn who was the BUSTER sub-editor in the seventies and asked him how he remembered Ken as scriptwriter.  Here is what he had to say: “… as the Buster sub-editor I dealt with Ken on a weekly basis, sometimes chasing him for his finished artwork, which would arrive with the pencilled lettering that he wanted. Sadly he was deemed to have overwritten his work (invariably his narrative panels) making it too detailed for little 'uns so we usually had to cut it back by at least 25%. Like Alf Saporito on Cor!!'s Gus Gorilla, Terry Bave, Leo Baxendale, Reg Parlett and many other writer/artists, his scripts were drawn up full twice-up size on thin paper for the editor’s approval... Given that IPC considered his work dark, they'd never give him - of all people - carte blanche!“

Faceache was a big success, as evidenced by its spectacularly long run. After 8 years of writing and drawing Faceache, Mr. Reid was presented with two awards for the feature by the Society of Strip Illustration. One was Cartoonist of the Year and the other one – Humorous Script Writer of the Year. The ceremony took place at the Y-Hotel in London on Sept 23rd, 1978 where Ken’s prizes were handed to him by Michael Bentine. Untypically, IPC celebrated Ken’s achievement and recognition by including this short article in BUSTER cover-dated Nov. 18th, 1978: 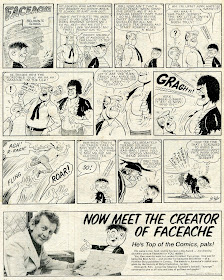 When researching for this blogpost, I remembered Peter Gray’s old website where he showed Ken’s letter to his penfriend Chris. In the letter Ken tells Chris about the S.S.I. awards ceremony and his misadventures at the Y-Hotel. Here is the first-hand account by the man himself (click to enlarge): 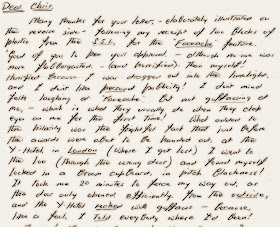