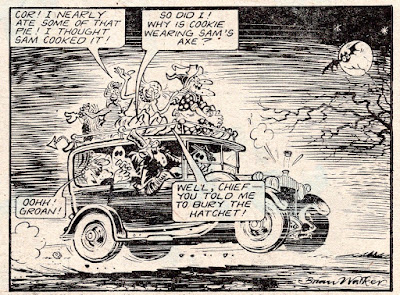 The third and final part of my account of the ‘cases’ dealt with by The Spooktacular 7, formerly known as the crew of Scream Inn, covers WHOPPEE! issues  starting with the first one for May 1978 and ending with the issue for 22 July 1978 – the last weekly comic to feature The Spooktacular 7. The strip also appeared in a few Annuals that I will cover later on.

May 6, 1978   ● Suffering Sam has hypnotic effect on the evil Dr. String-glove at Shudderbone Castle.

May 20, 1978  ● S7 stop a sinister scientist's scarey scheme of turning people into his army monsters 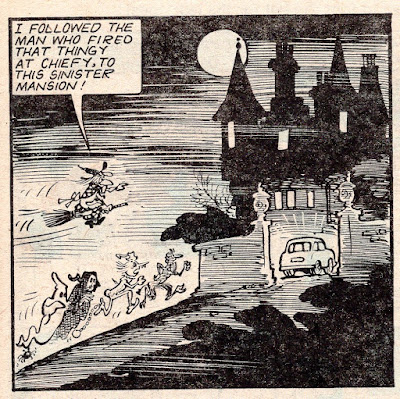 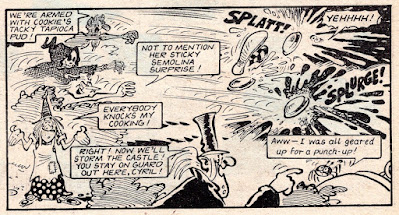 June 10, 1978 ● Evil Dr. Vibes casts a spell on S7 with his hypnotic Sinister Symphony and commands to rob a bank but Sam saves the day 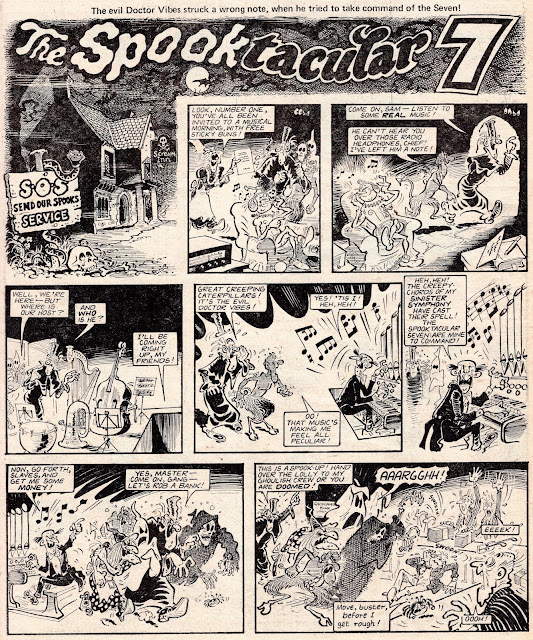 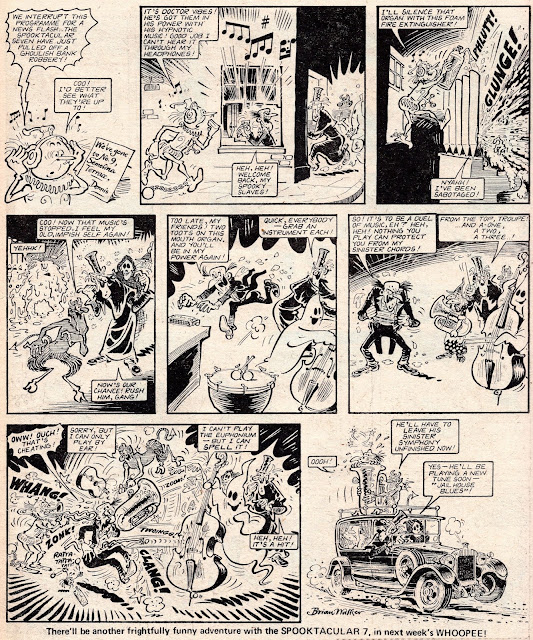 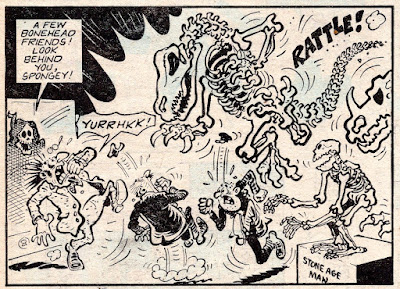 June 24, 1978 ● Number one’s evil twin brother Murkweed and his Spooktacular Grislies try to eliminate S7 but are defeated by the Nanny and her Spooktacular Nannies. 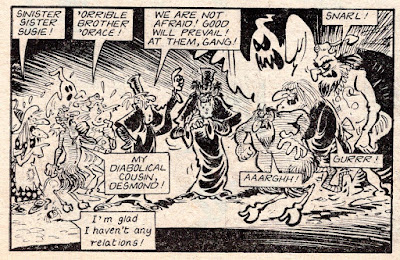 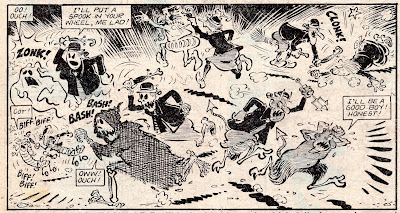 July 1, 1978   ● S7 use life-size candlewax models of the S7 crew to deal with mechanical monster pussy cat at Buskerville Manor. 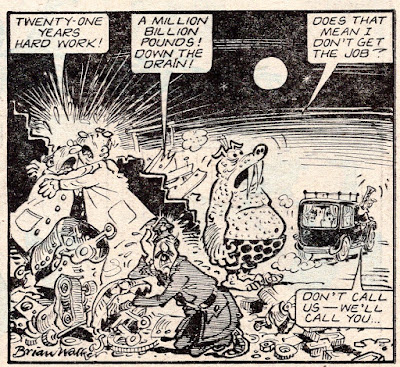 July 15, 1978 ● S7 help Snow White by dressing up as the Seven Dwarfs and dealing with the Wicked Witch who tried to harm the true Seven Sweet Dwarfs

July 22, 1978  ● S7 are asked to find the little green eye of little yellow idol that has been stolen from the isle of Hanki Panki. The complete final episode is below. As can be seen from the caption at the bottom of page two, a week later The Spooktacular 7 was replaced by Sheerluck and Son, illustrated by Trevor MetCalfe. 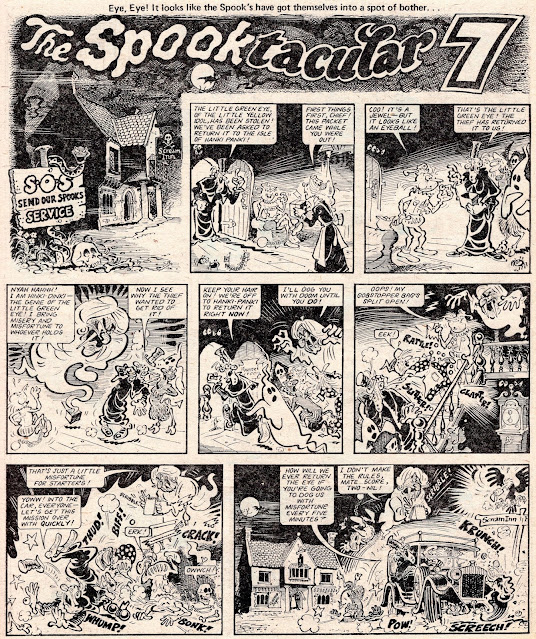 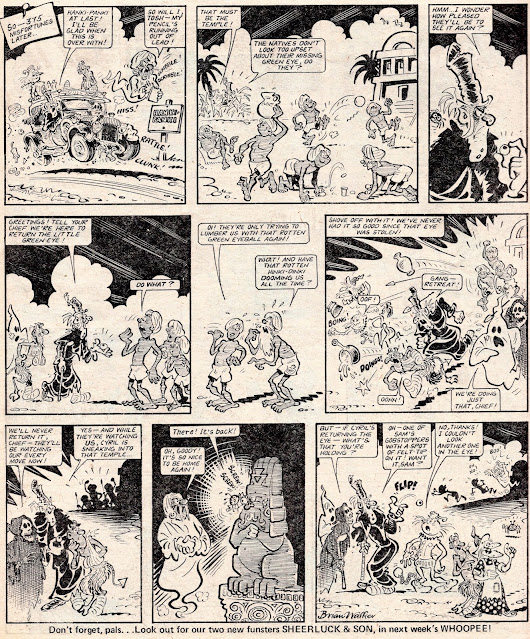 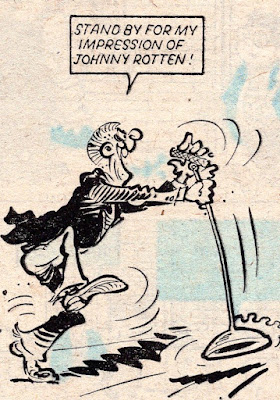 Here’s Part Two of my account of the ‘cases’ dealt with by the Spooktacular 7 (formerly known as the crew of Scream Inn). This blogpost covers all WHOPPEE! issues for 1978 till the end of April - leaving the rest for Part Three.

21th January 1978  ● Number one stages a practice alarm and the practice session pays off because S7 accidentally bust a burglar: 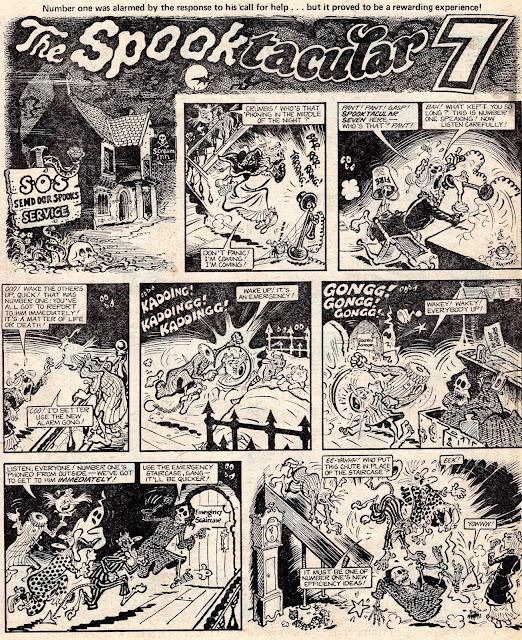 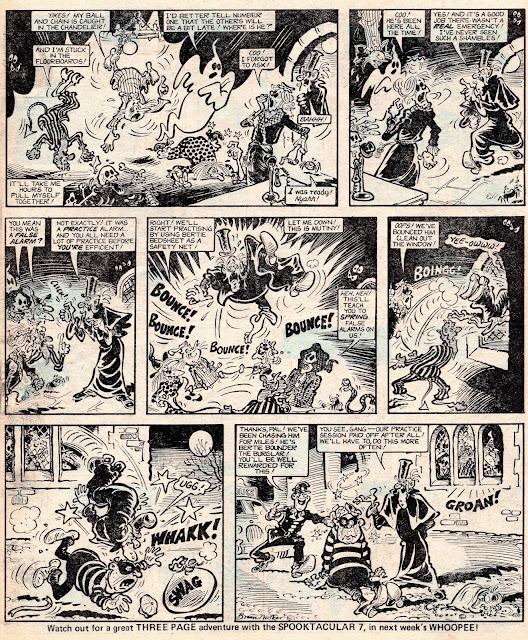 28th January 1978  ● S7 are hired by the owner of a winter sports centre in Scotland to deal with a blackmailing winter sports guide writer (a three-pager – the only one in the weekly series!)... 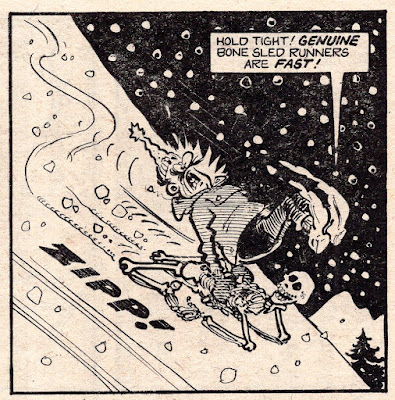 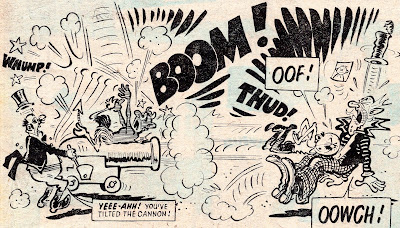 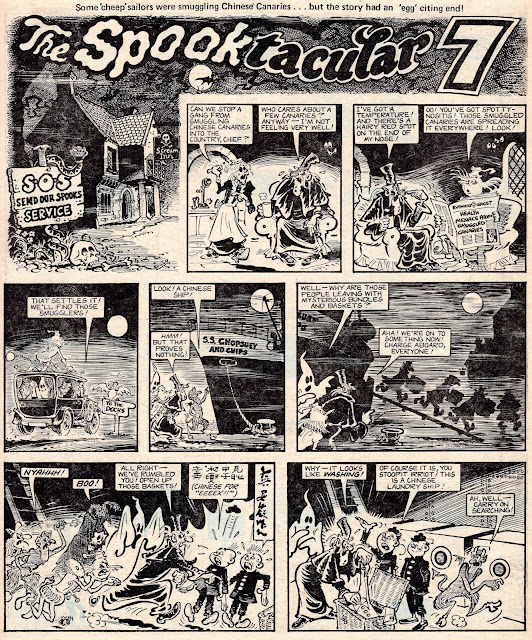 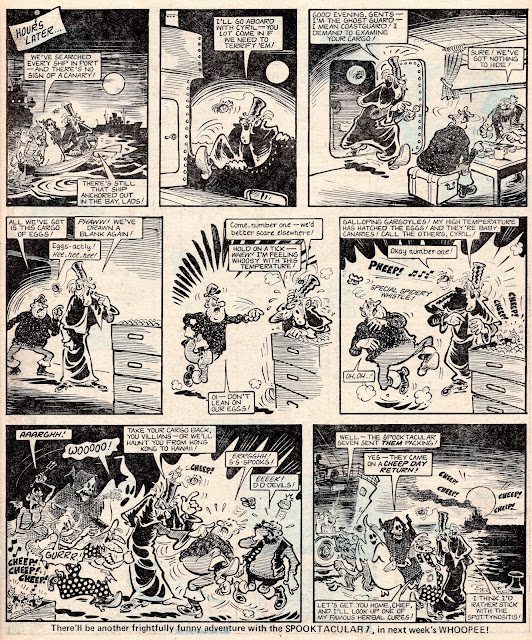 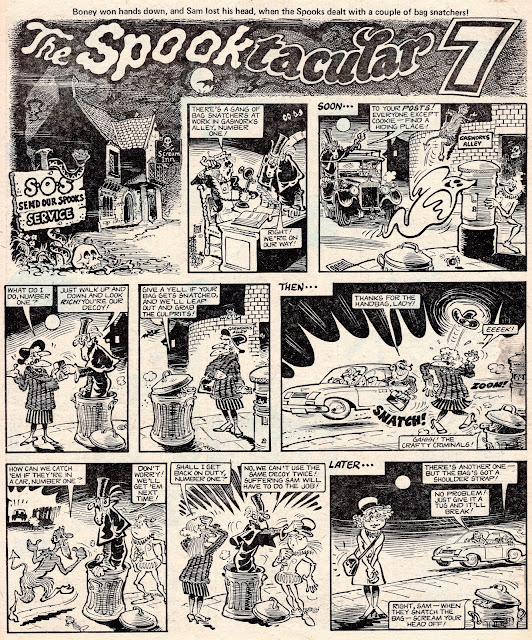 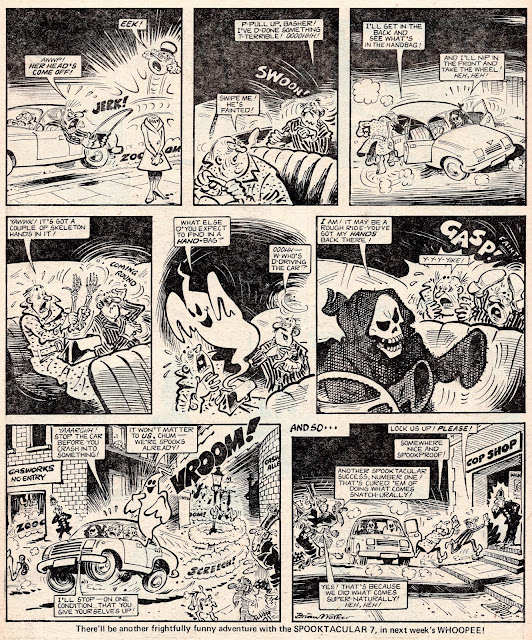 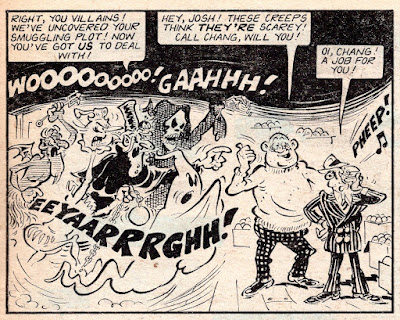 8th April 1978    ● S7 are summoned to the Palace cinema to redecorate it and experience transport problems getting there... 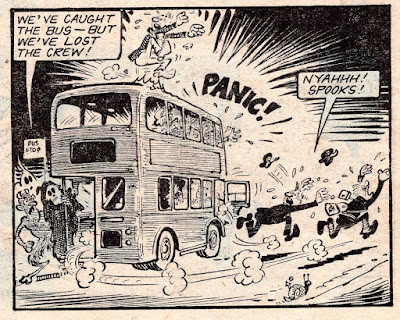 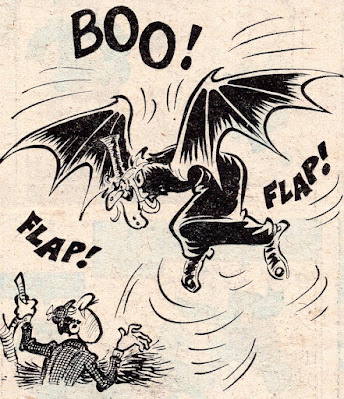