Before travelling to San Francisco, I googled for information about the famous underground comics scene of the early 70s and found this article.

I took metro street car line J from Downtown to Church/24th St station and spent a couple of hours in Mission District (the epicentre of action in the late 60s and the early 70s) looking for the places indicated on this map of underground comix artists and companies during the early seventies: 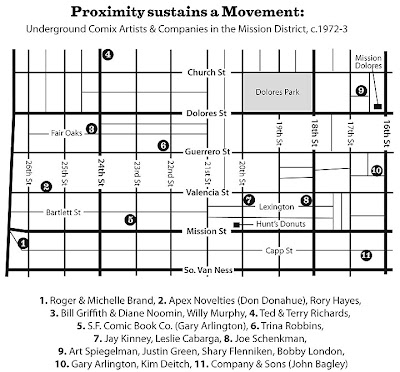 Below are my pictures of the spots marked on the map. It shows no house numbers but the map was quite easy to read and I hope I managed to capture the right buildings. 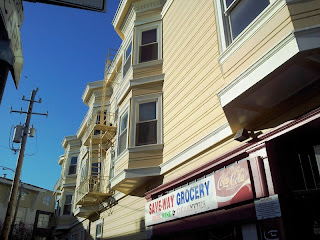 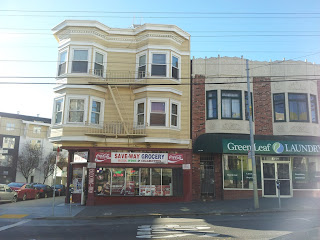 No. 2: Apex Novelties operated by Don Donahue (publishers of Zap Comix, Snatch Comics, Terminal Comics and Mr. Natural among many others). The building that housed them was somewhere in the middle of this street: 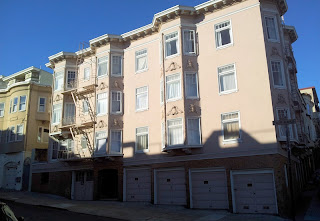 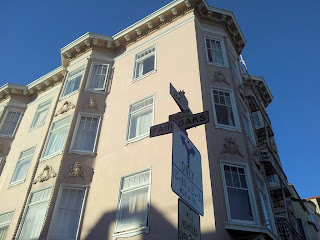 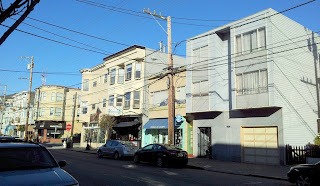 No. 5: S.F. Comic Book Co – America’s first specialised comic book shop operated by Gary Arlington who was the key figure in the underground comics movement of the 1960s and 1970s. The shop in Mission District at 3339 23rd Street was a focal point for the Bay Area's underground artists: 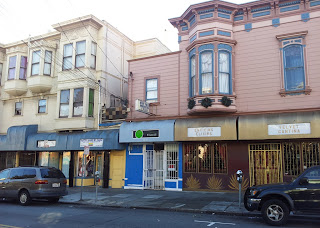 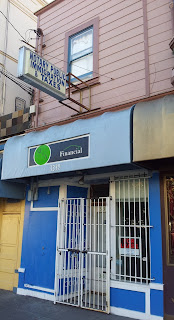 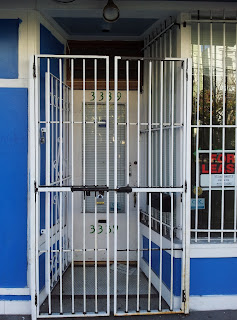 No. 6:  Trina Robbins – one of the few female artists in underground comics when she started, wife of Kim Deitch. She contributed to such publications as East Village Other, Gothic Blimp Works, It Ain't Me, Babe Comix, Swift Comics, Wimmen's Comix, etc.). Later she was the artist co-creator of Vampirella. Check out her website here): 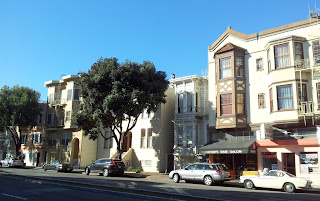 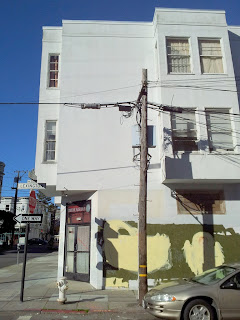 No. 8: Joe Schenkman (collaborator on Arcade: The Comics Revue): 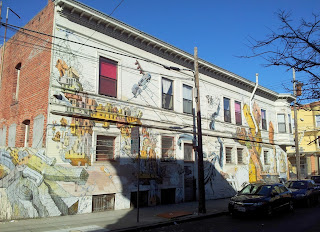 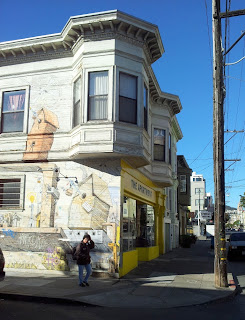 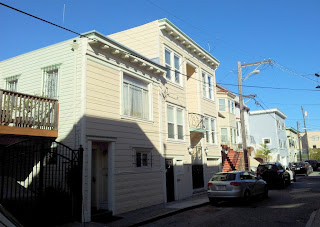 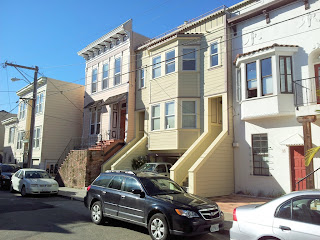 No. 10: Gary Arlington (operator of S.F. Comic Book Co, see No. 5) and Kim Deitch, one of the key figures in underground cartooning, referred to by some as one of the godfathers of American underground comics (view Lambiek Comiclopedia entry here): 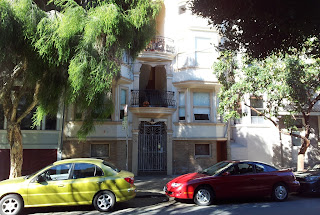 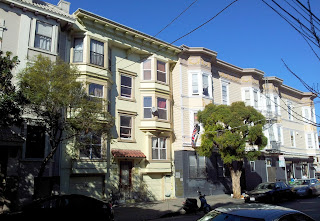 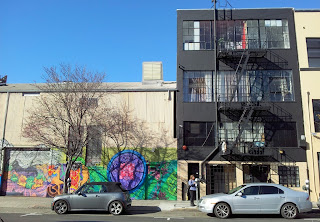 Last but not least, here are two pictures of the building that once was the headquarters for Rip Off Press, publishers of Gilbert Shelton’s Fabulous Furry Freak Brothers, Fat Freddy’s Cat and other famous series. The address is 1250 17th Street in San Francisco. It is not on the map because it is located in the industrial area in a different part of the city. The building is now occupied by a company that sells bookbinding supplies and model making materials: 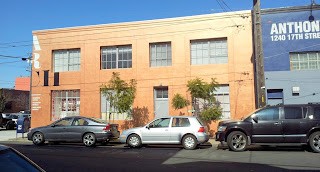 Posted by Irmantas at 4:29 PM No comments: