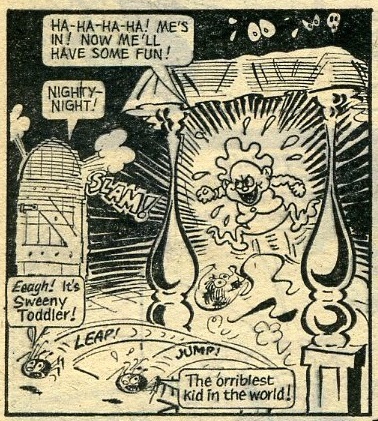 The guest appearance at Scream Inn of Sweeny Toddler, the ‘orriblest kid in the World, in WHOOPEE! and SHIVER AND SHAKE cover-dated 6th December, 1975 (No. 89) was long overdue.

HERE is my article about the SHIVER AND SHAKE run of this strip, and HERE is another one about Sweeny’s return to the pages of WHOOPEE!

In this episode of Scream Inn Brian Walker even inserted some “side-jokes” in the margins - something Leo Baxendale used to do a lot when drawing Sweeny Toddler in SHIVER AND SHAKE and later in WHOOPEE!  Also, see if you can spot Snooper (a BUSTER character) hiding somewhere on these pages... 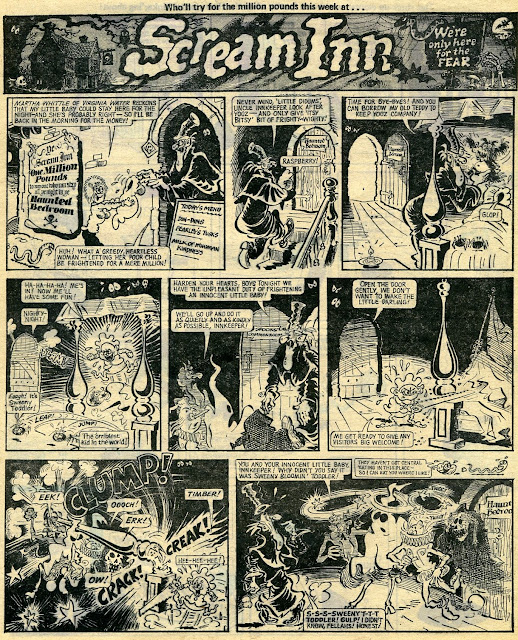 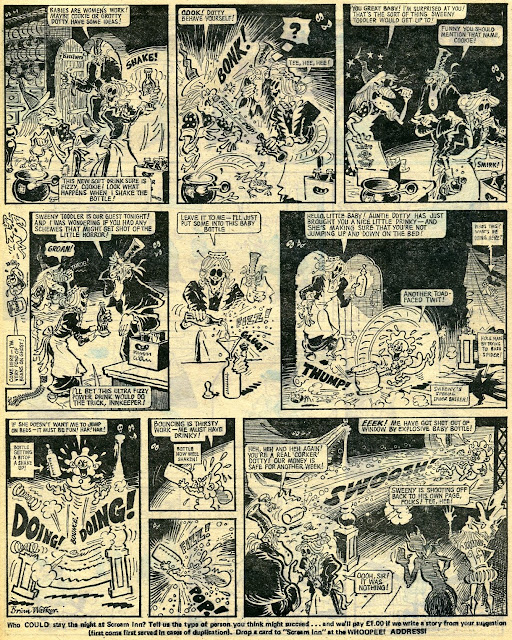 As always, here’s the character’s own strip from the same issue of the magazine. I believe Leo Baxendale had already stopped drawing the strip by then but I am unsure who the artist is -Mike Brown, or Tom Paterson, perhaps? 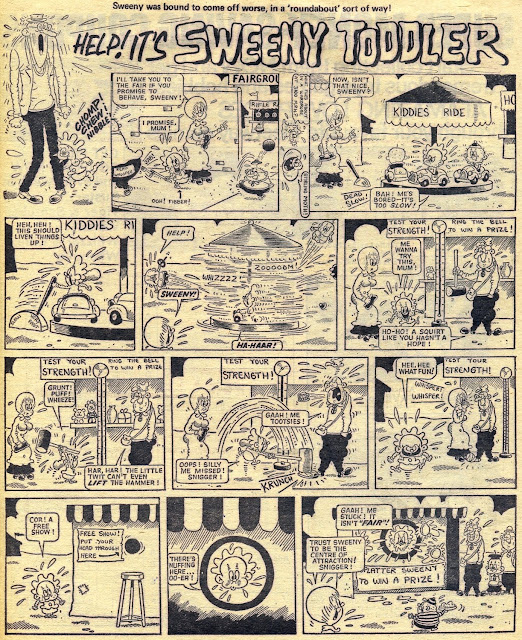 
For better or worse, there are a few more of SPARKY Moonsters covers left – issue 139 was the last one to feature them on the cover, so there are three more posts lined up after this one. 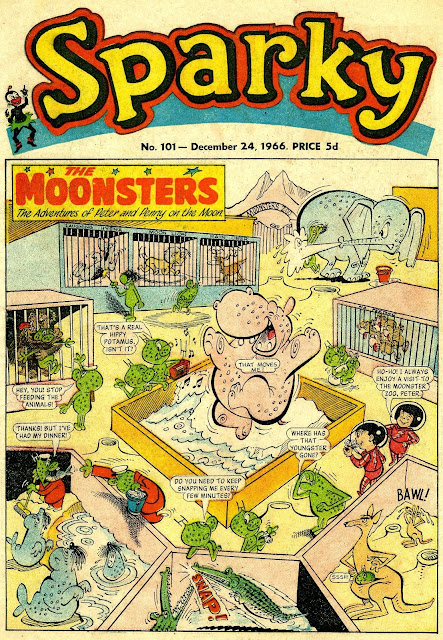 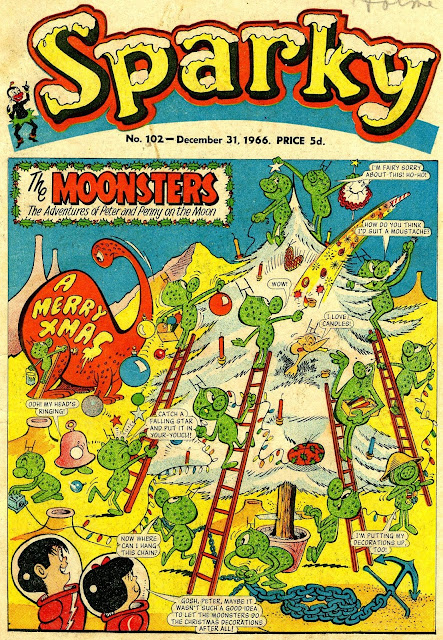 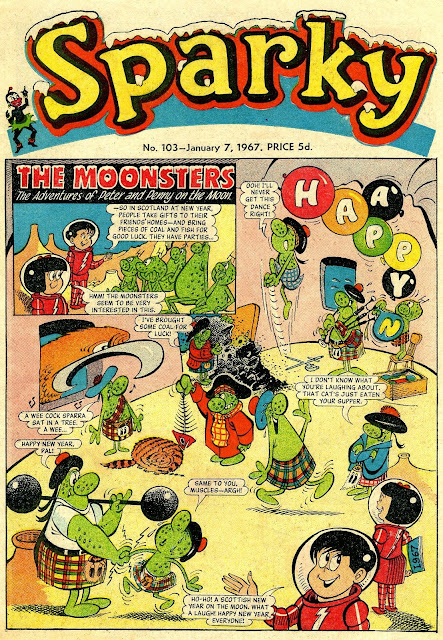 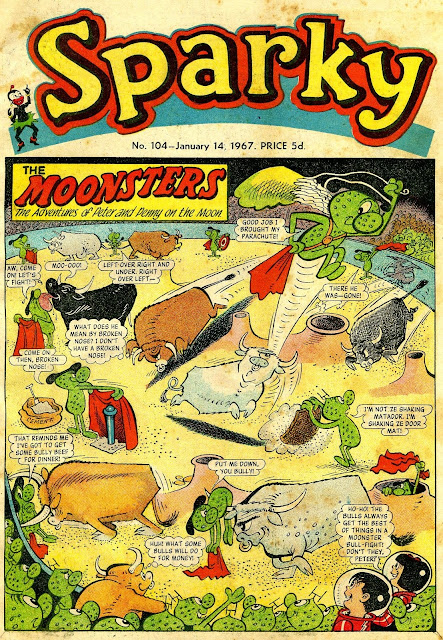 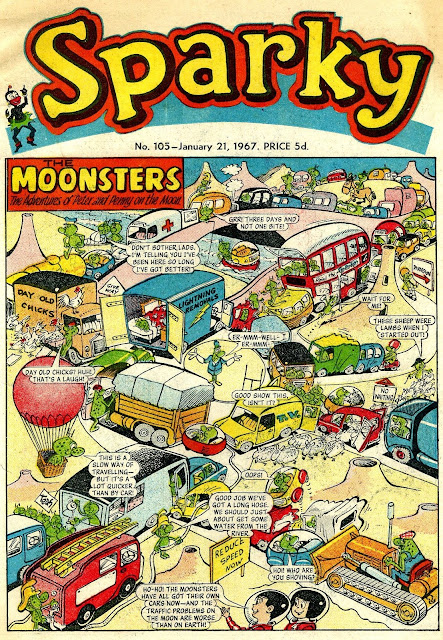 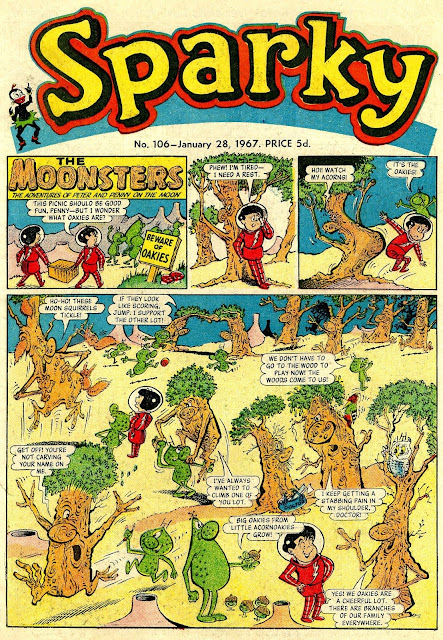 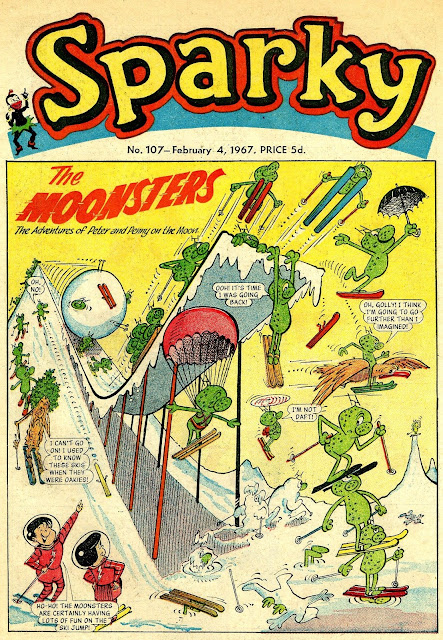 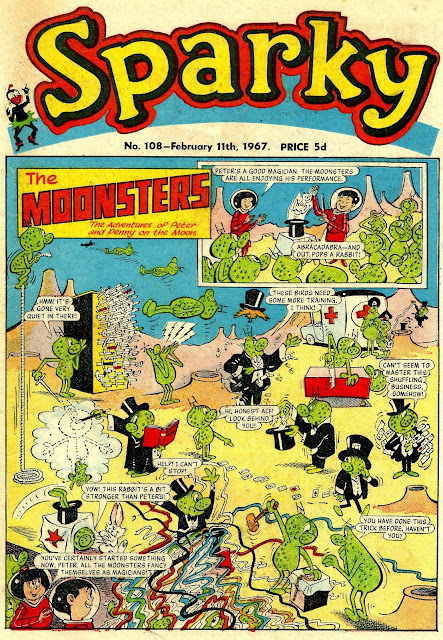 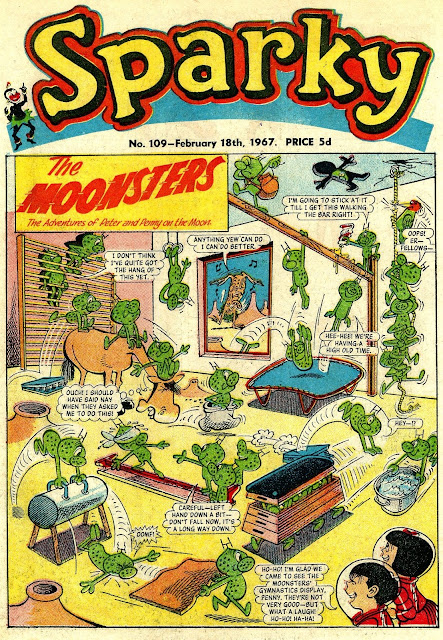 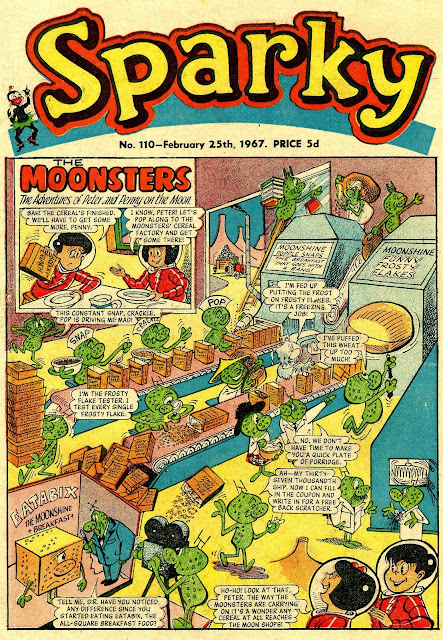 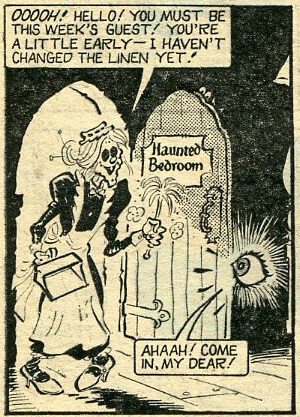 The next WHOOPEE! fellow-character to turn up at Scream Inn was the wicked Evil Eye. Illustrated by Reg Parlett, the character was part of the original WHOOPEE! lineup since the very first issue of the comic. The Scream Inn and the Evil Eye episodes shown below are from WHOOPEE! & SVIVER ND SHAKE No. 75 with the cover date of 30th August, 1975.

I hope you are enjoying this series of guest appearances, and there are a few more left, including Sweeny Toddler, the Bumpkin Billionaires (this bunch actually hoped to get rid of some of their wealth rather that win the measly million offered by Innkeeper & Co), Toy Boy, and Smiler, so be sure to come back soon to see them! 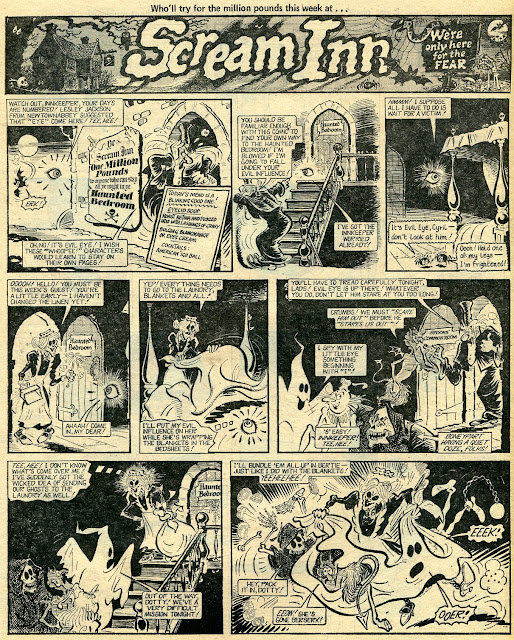 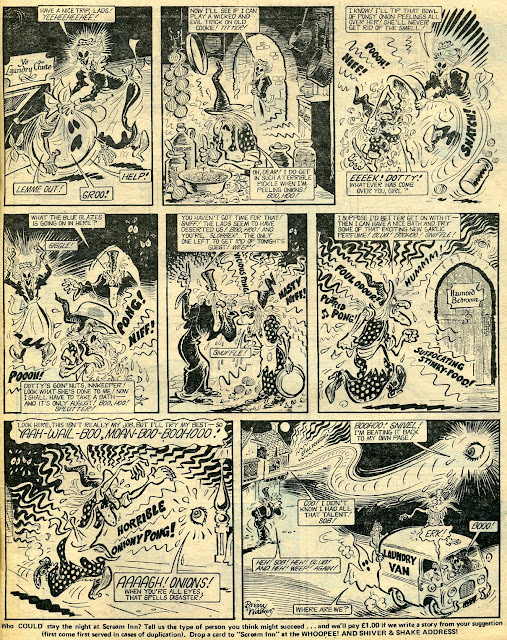 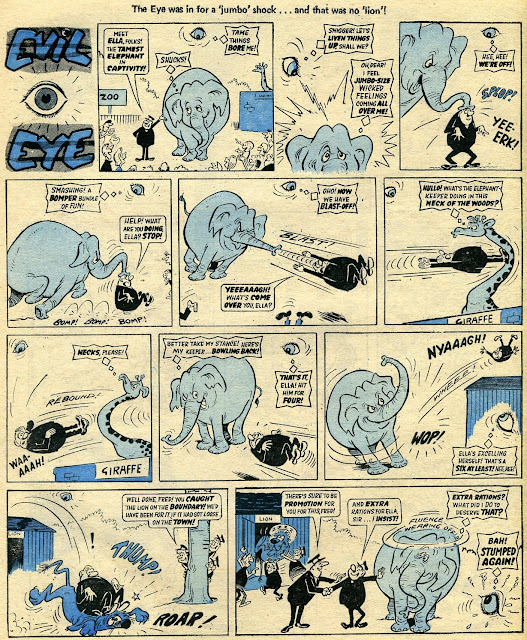 Posted by Irmantas at 6:56 PM No comments:

The batch includes the issue with a Halloween cover (No. 94) which is a bit unusual to see instead of the traditional good-old Firework and Guy Fawkes' drawings in early November. Sure enough, a week later it was Fireworks all over the cover (No. 95)! 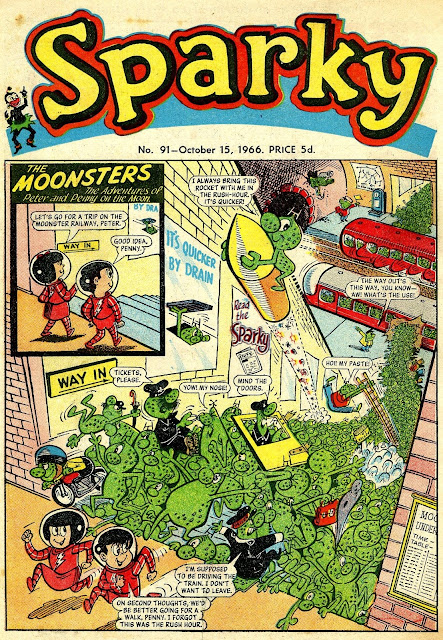 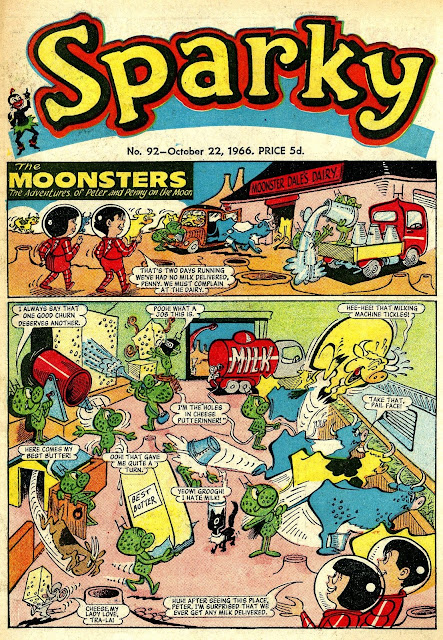 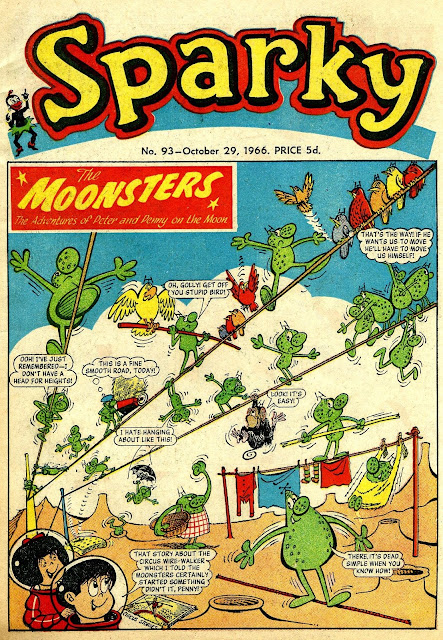 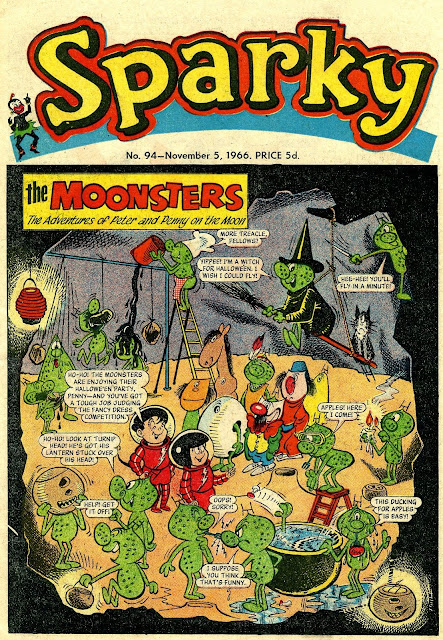 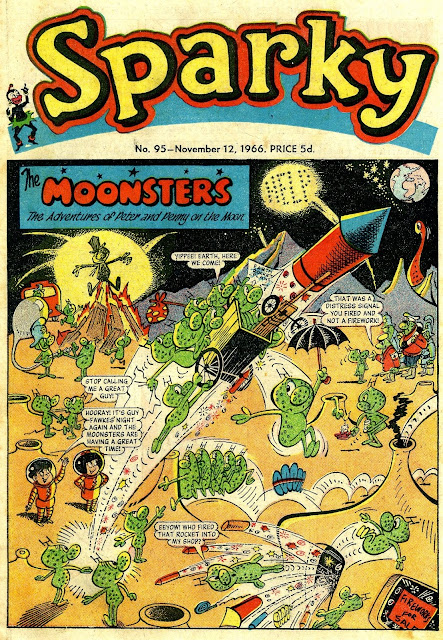 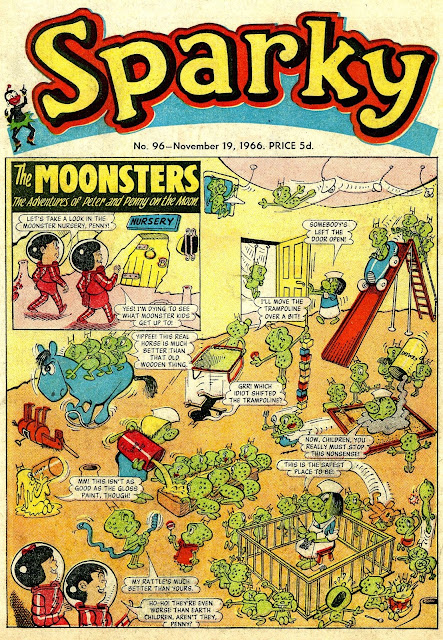 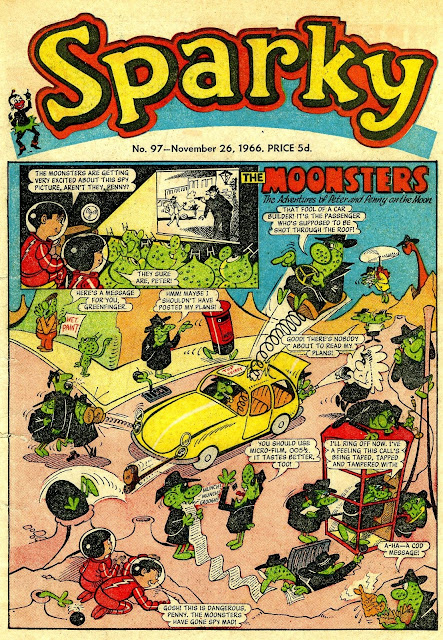 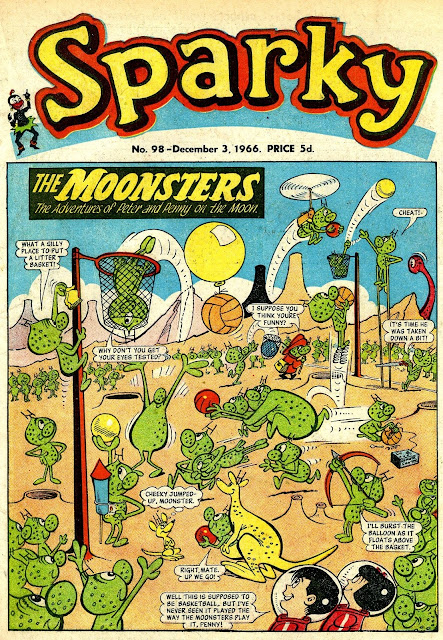 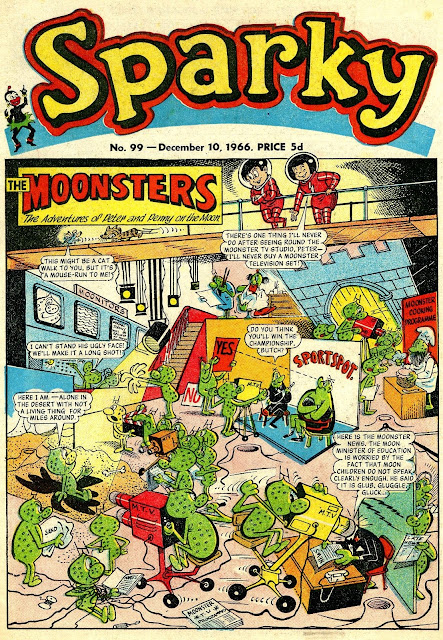 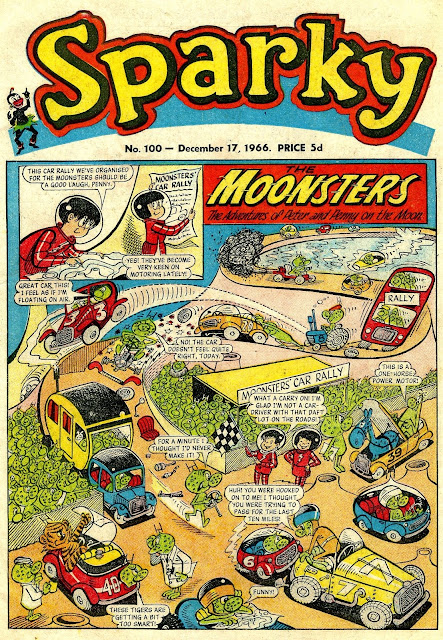