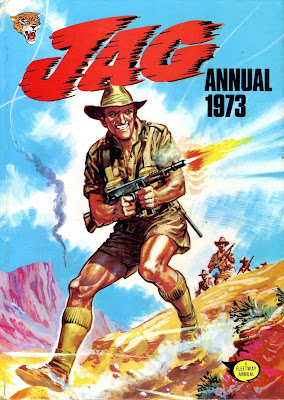 Joe Colquhoun’s Cap’n Codsmouth (originally from JAG weekly comic) made three appearances in JAG Annuals, and the final was in the last edition published for the Xmas of 1972. The complete 5-page story is posted below. One day I will get hold of a copy of JAG Football Special 1968 and check if the episode included there was also illustrated by Mr. Colquhoun. 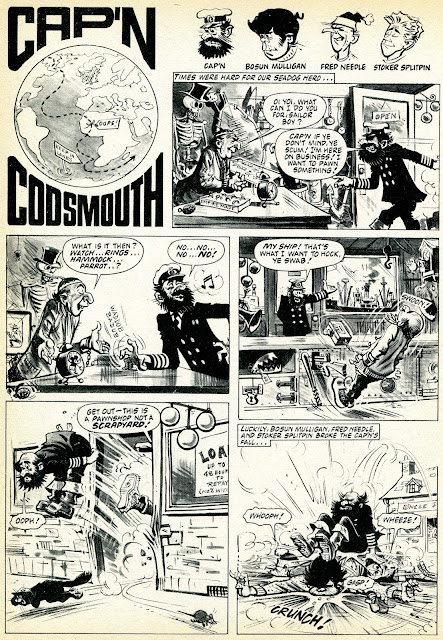 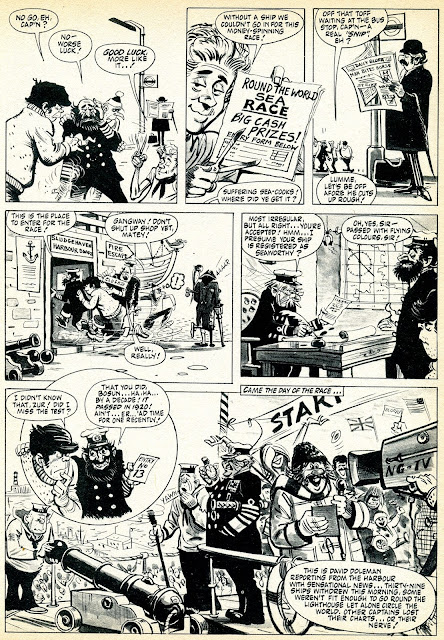 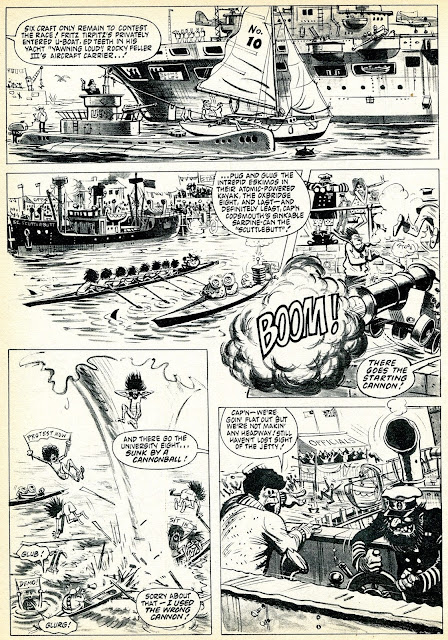 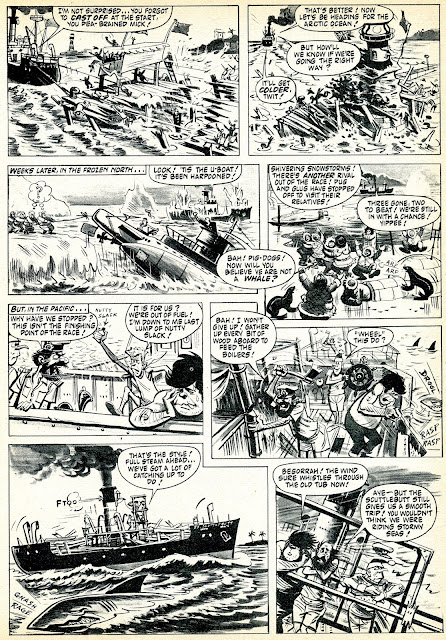 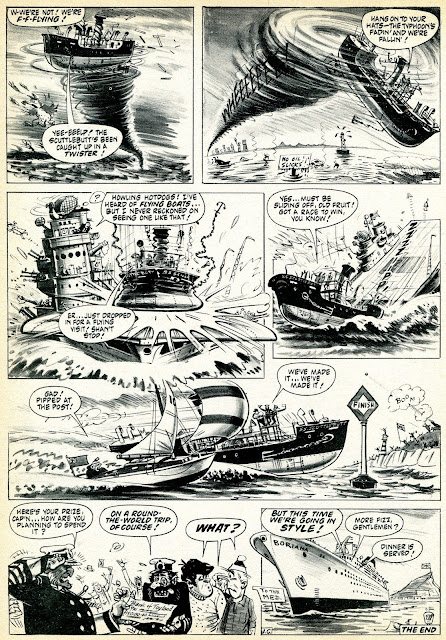 
While looking through my collection of BUSTER from the 60s, I found two occasions when the strip was illustrated by Stan McMurtry: 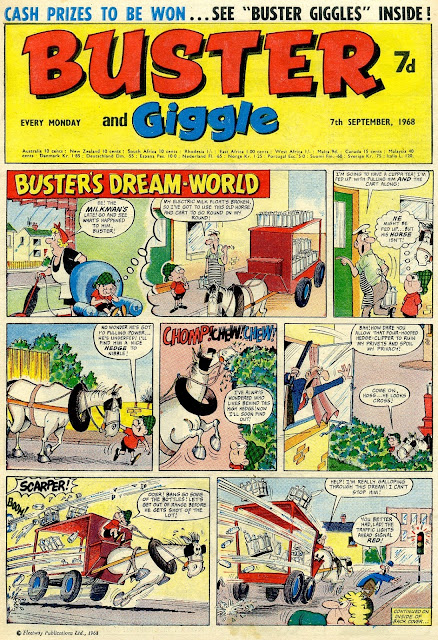 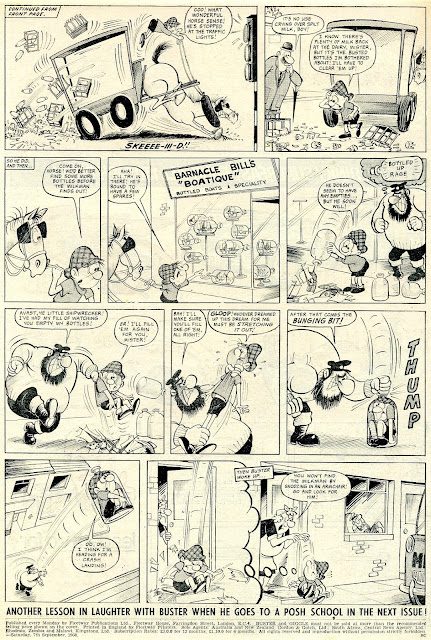 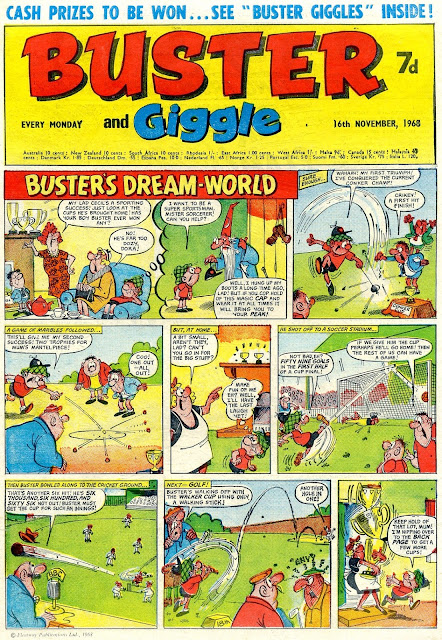 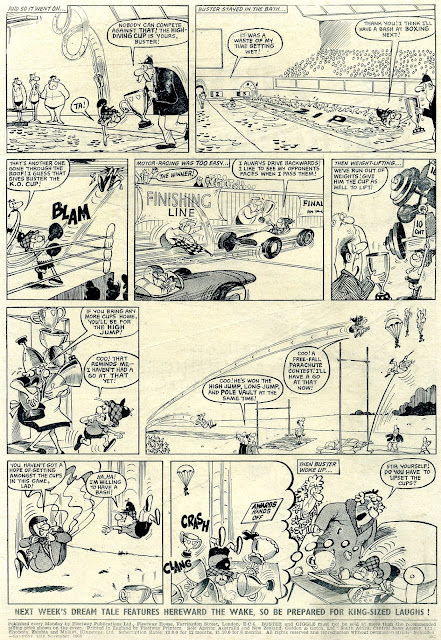 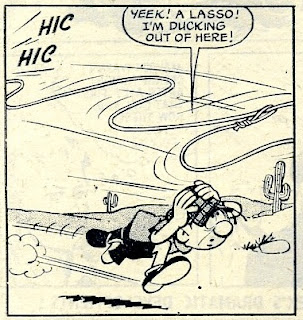 A couple of posts ago I showed a cover of BUSTER by Leo Baxendale in which Buster’s cap flew off – a very unusual occurrence indeed because Buster was famous for never appearing without his trademark accessory. He always kept the lid tight on his head and took extra care not to loose it, whatever the circumstances. Even when he had to wear something else (e.g. a cook’s hat, King’s hat, an army helmet, etc.), he always donned it on top of his green checkered piece of headwear. 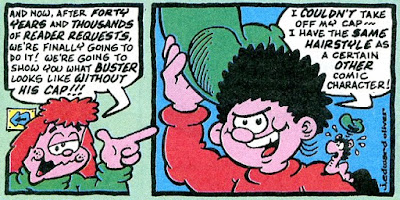 It is believed that the only time when Buster was shown cap-less was in the very last issue of the comic (see the image above) but the Baxendale cover confirms this wasn’t the case, so I decided to see if I can find more examples.

So far I have checked the run of BUSTER from the first post-tabloid number (30th Oct., 1965) till the end of 1971, and found two. The first one came up right in the beginning of the run.  Buster made such a fuss about keeping his cap on that I find it surprising it took the scriptwriter so long to come up with a story in which someone played a trick on him. I don't know the name of the artist who drew this one: 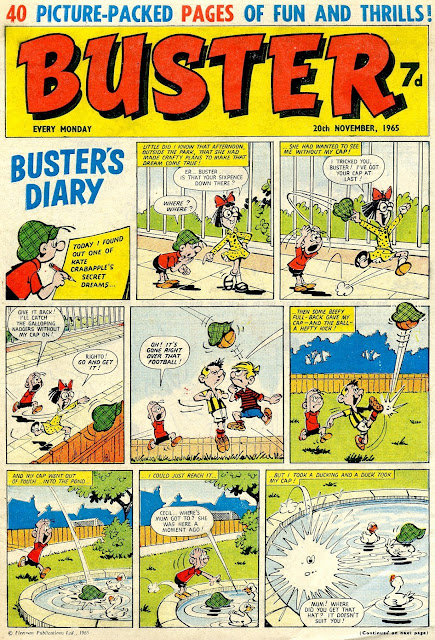 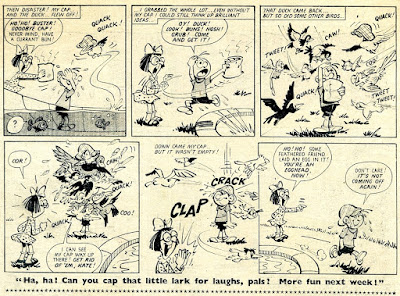 The second example is interesting because Nadal made an exception and showed Buster cap-less without any reason at all, just like Baxendale had a couple of years before him. It is the only time that Nadal ignored the rule during the run I’ve checked. 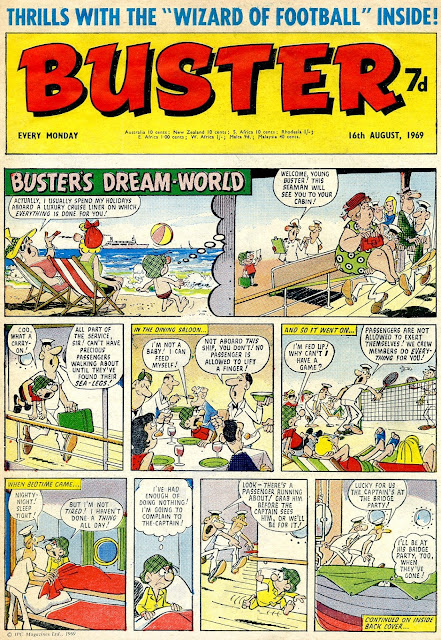 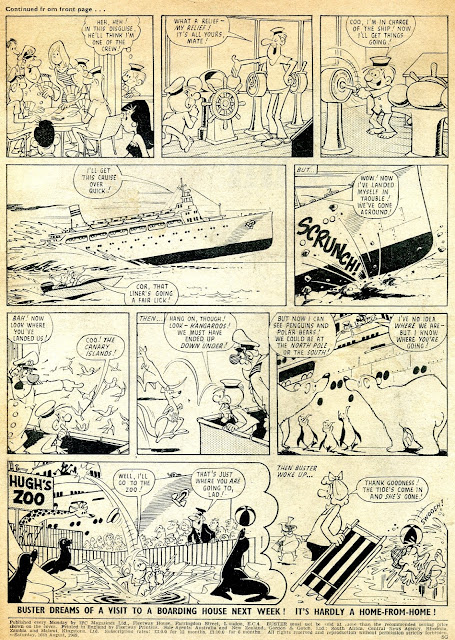 I will check other issues when I have time and report my findings in due course…
Posted by Irmantas at 12:08 PM 2 comments: