Regular readers may know I had limited exposure to comics where I lived when I was a kid. Chewing gum wrapper inserts were among the very few sources (provided we managed to get hold of some chewing gum – it was scarce here then…).

The other day I was looking through my old stuff and found a small collection that I put together back in the day. There are quite a few that came with Donald Duck chewing gum but I remember that my favourite ones were those offered by some German brands. One was Fix und Foxi Bubble Gum with Fix und Foxi inserts; Big Babaloo, with Otto und Alwin was the other one.

I did a quick online search and it turns out Fix und Foxi, created and illustrated by Rolf Kauka, used to be really big in West Germany and elsewhere in Europe. Otto und Alwin by Jürgen Günther were a different story. In fact, I was quite surprised to find out that Big Babaloo was made in West Germany because Otto and Alwin (the characters featured on the inserts) were from FRÖSI – children's magazine published in the communist East Germany. Check out some examples of both strips below. I remember trying to copy the drawings and found Otto und Alwin to be way more difficult than Fix und Foxi. 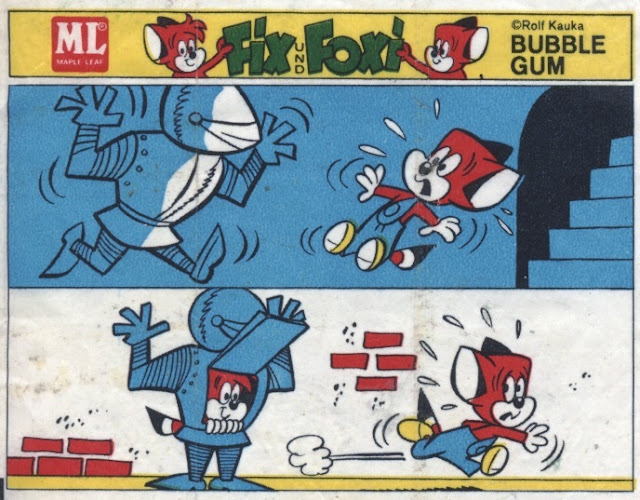 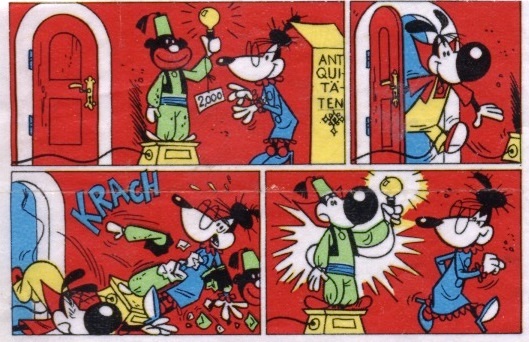 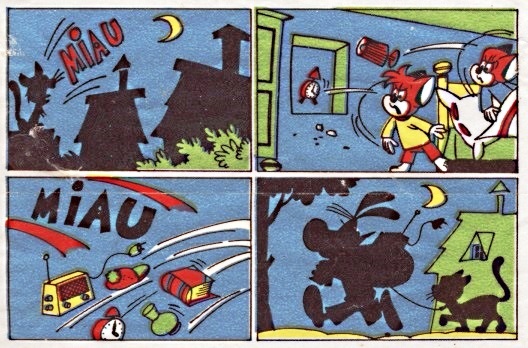 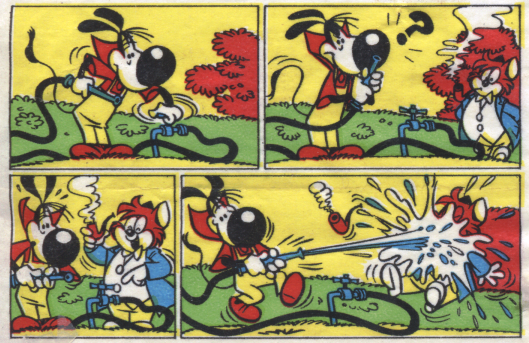 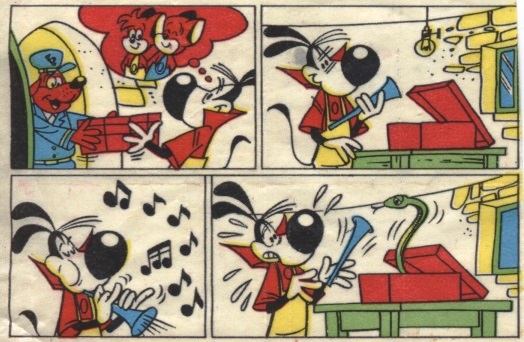 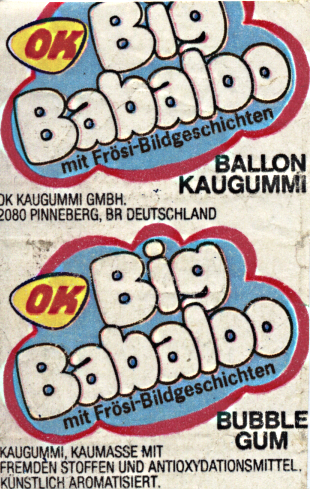 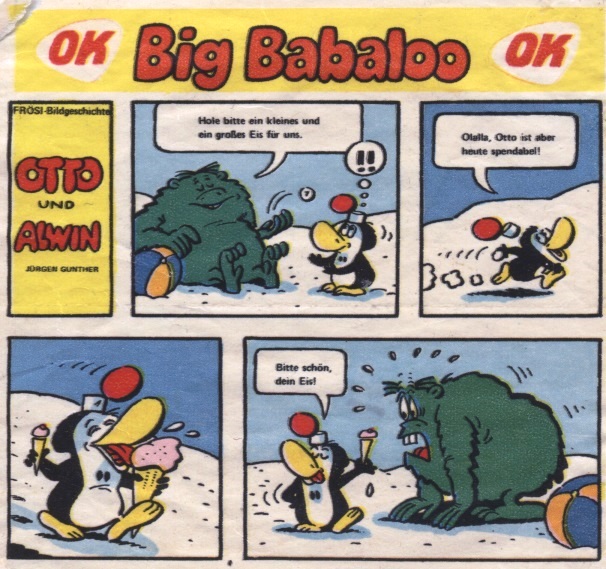 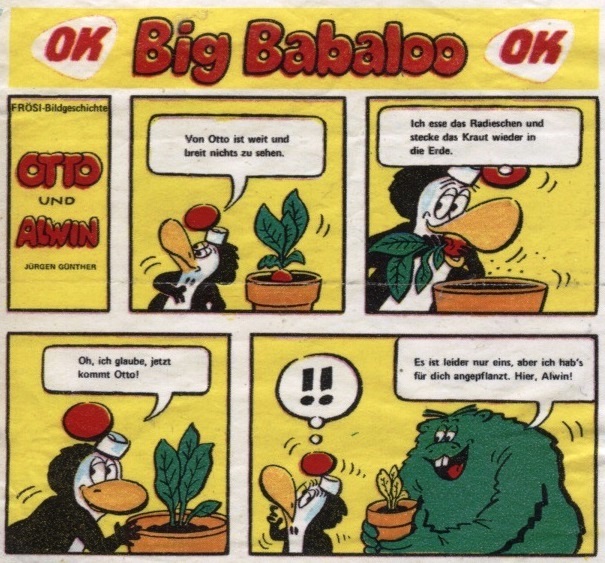 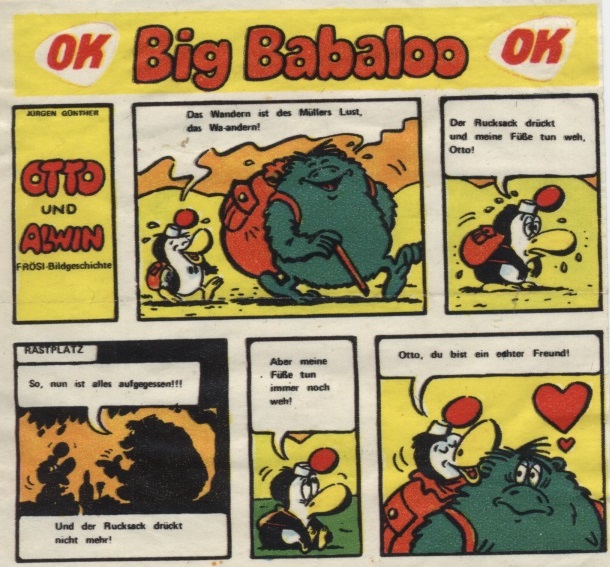 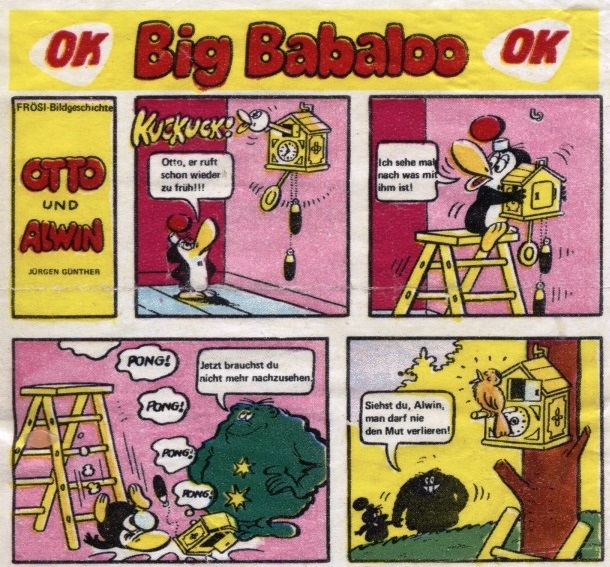 Driven by nostalgia, I recently bought some FRÖSI’s and will probably do a post about them here sometime soon.

I was also impressed to learn that an enthusiast of East German comics published several collections of strips from FRÖSI, and I bought those of Otto und Alwin that I could get hold of – the print runs of 300 copies sold really quickly. I have a soft spot for reprint collections and will probably show the German books here at some point in the future.

I am curious if comic strips inserts were offered by chewing gum manufacturers in the UK?
Posted by Irmantas at 7:10 PM 9 comments:


This time I would like to ask for some assistance of those of my readers who have a sharp eye for recognising artists’ styles. Any suggestions as to who may have drawn the 6 pages shown below? Thanks! 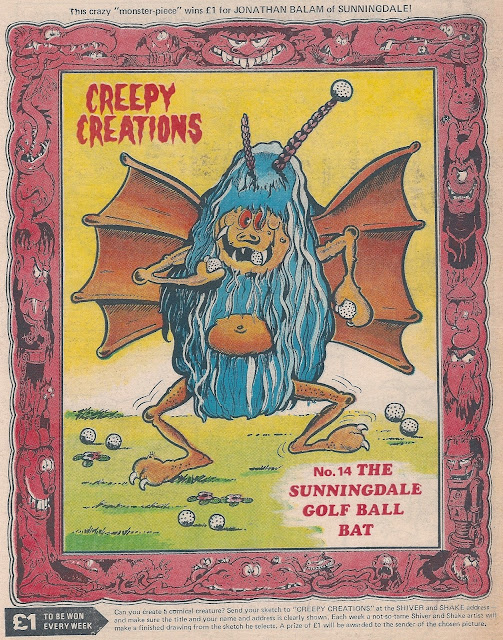 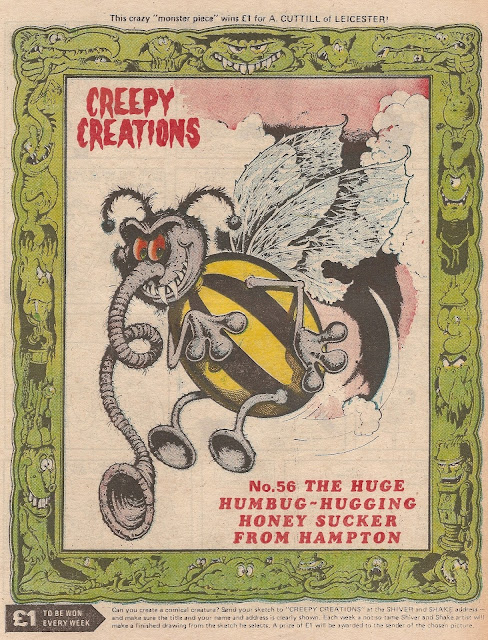 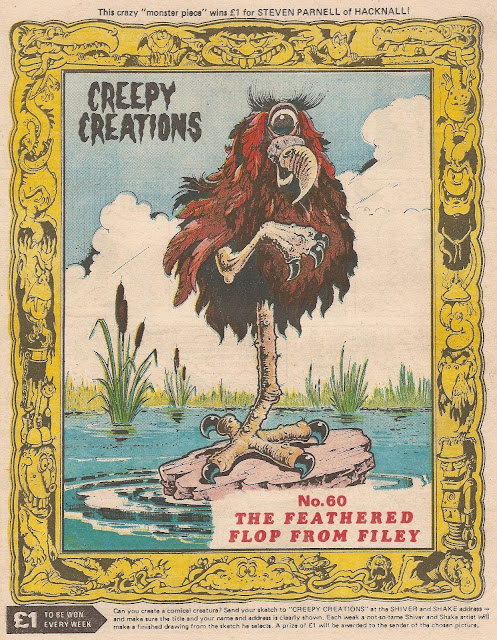 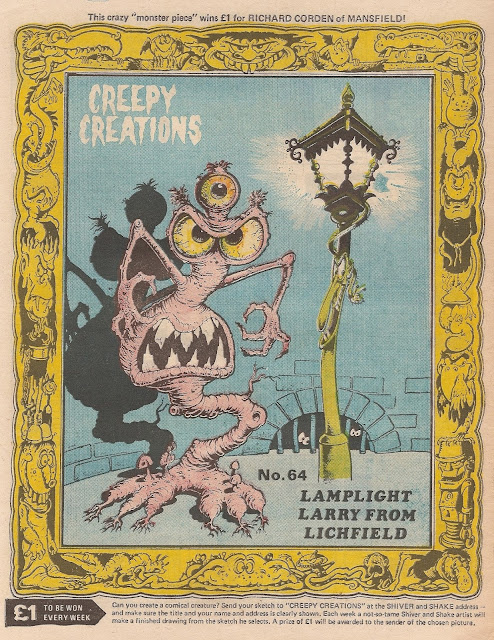 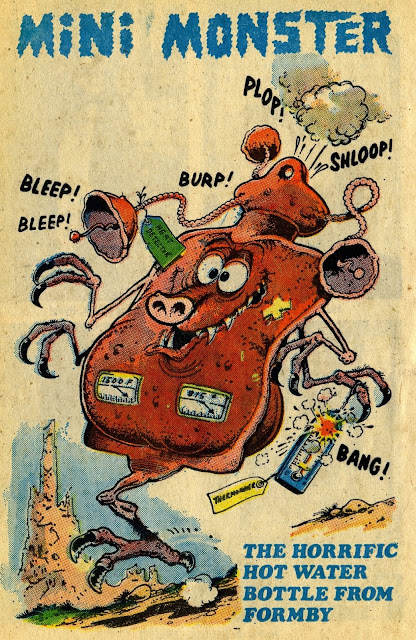 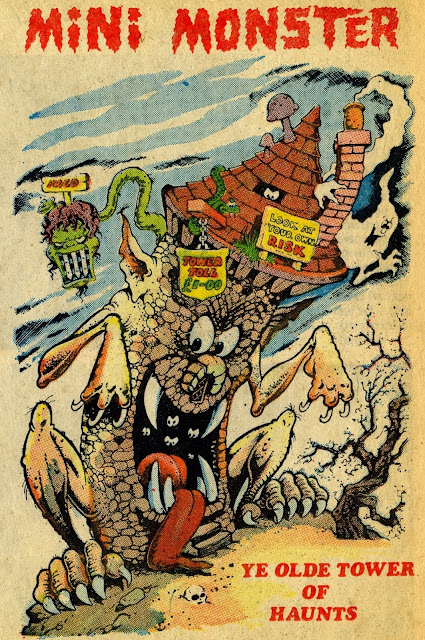 
Browsing eBay, I came across those two nice pieces of original artwork by one of my favourite British comics artists Philip Mendoza. I believe the drawings appeared in Once Upon a Time children’s magazine. I don’t plan to buy them but they are really beautiful so I though I might show the images here for my readers to enjoy. 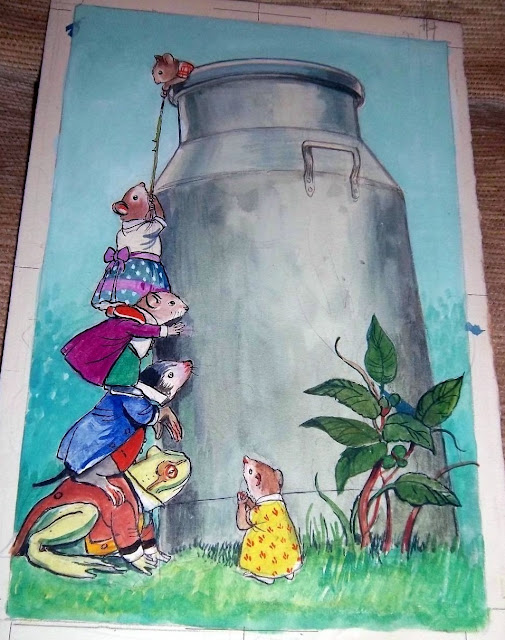 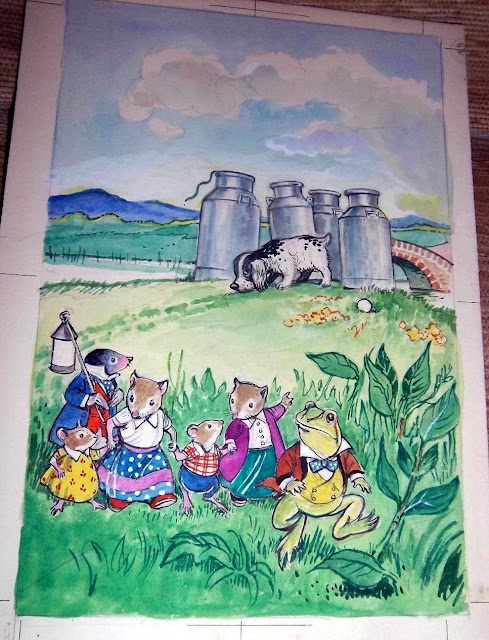