Jonah by Ken Reid is a classic and one of the highlights of Ken’s career.

When I first set out to collect the complete run of Jonah some 7 yrs. ago, I realised it was going to be quite a challenge and thought I’d be better off collecting reprints instead (in parallel…).

Unless one has access to complete sets of the comics concerned, there's no way of knowing how much of the original series was reprinted and in what order, or how much of the artwork/text remained as it was in the reprints. I have the complete original run in the Beano and the full 130-issue set of Buddy with Jonah reprints in nearly every issue, also a large pile of Hornets from the period in question but not a complete run. For what I’ve seen, the reprints in Hornet are faithful reproductions of the strip as it appeared in The Beano, minus colour. Therefore, comparing the Beano and the Hornet versions of Jonah wouldn’t be very interesting because they are essentially identical. I can show one or two examples in the future, if anyone is curious.

The reprints in the 80s Buddy are in colour/part-colour, with a different lettering but without major text alterations. To illustrate the difference, I’ll show two consecutive original episodes from The Beano alongside with reprints in Buddy more than 20 years later. Here’s the first part, with matching rows of the two versions side-by side.

Be sure to come back for part two because I will show a few panels of Ken’s original Jonah artwork from the next episode. 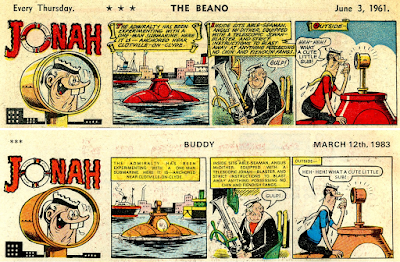 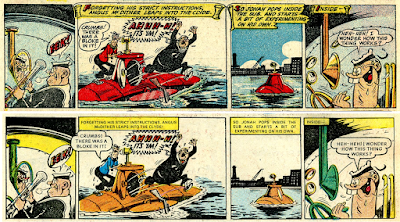 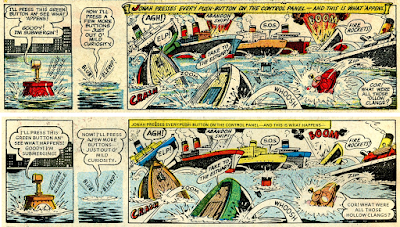 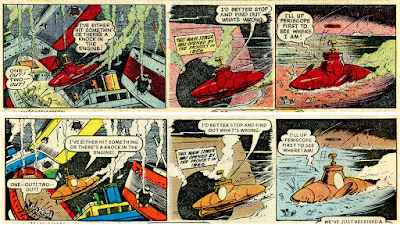 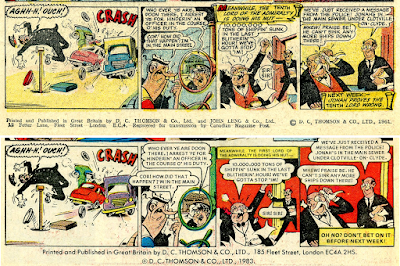 
In addition to his comics work for Britain’s major publishers of children’s funnies and Fudge the Elf strip in Manchester Evening News, Ken Reid illustrated weekly competitions for the Irish Edition of Sunday Express.

He did four series between 1956 and 1970. They were Horse Pics, Horse Clues, Inn Signs and Titles (in order of appearance), a total of nearly 700 drawings. The printed version was only 2 ½ x 2 ½ inches, original drawings were 4 times larger.

Here are some cut-outs of Inn Signs (the rusty staple mark shows how small they were in the paper): 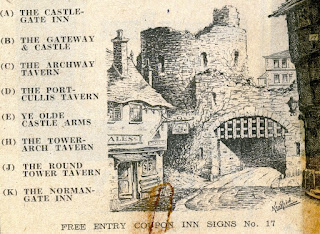 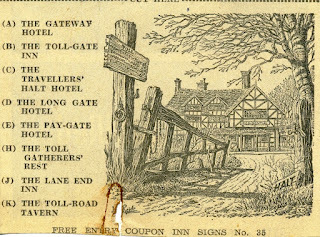 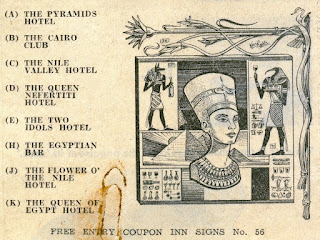 The competitions were quite challenging – readers had to select five names out of eight provided (eleven in the case of the earlier competitions) and list them in correct order in the entry coupon. Ken had a completely free hand devising illustrations and thinking up names, sometimes as many as a couple of dozen of them, for the editor to choose from.

Here are some examples of Titles. I have quite a few more of those and can show them in another blogpost, if there’s enough interest, so do let me know :) The challenge was to select the most suitable titles for a book based on cover illustration: 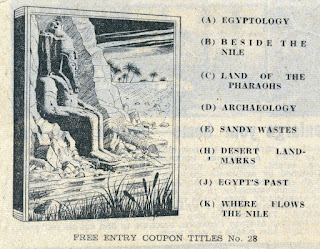 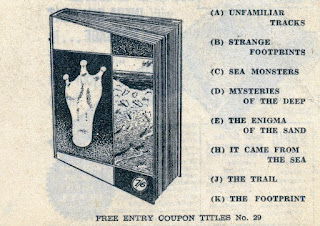 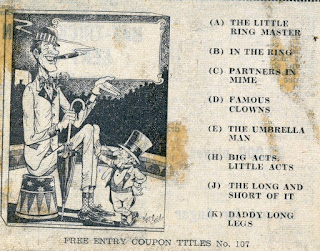 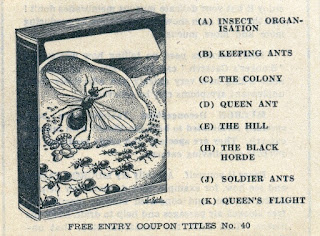 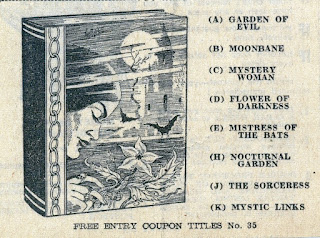 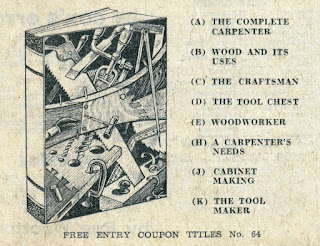 There is something about the competitions that I don’t quite understand, perhaps some of my learned readers would be able to help me. Horse Pics and Horse Clues were usually humorous drawings with no horses. Why were they called Horse Pics and Horse Clues then? Does the word “horse” refer to something else other than the familiar domesticated mammal in this case?
Posted by Irmantas at 10:50 AM 6 comments:

SEE HOW COMICS WERE MADE


Here is an educational piece explaining to the young reader how comics are made. I found it in Whoopee! Annual 1982. I wonder how technological progress has changed the production process and what is it like nowadays? Surely they no longer use those monster photographing machines?

Remember to click on the images to make them even larger! 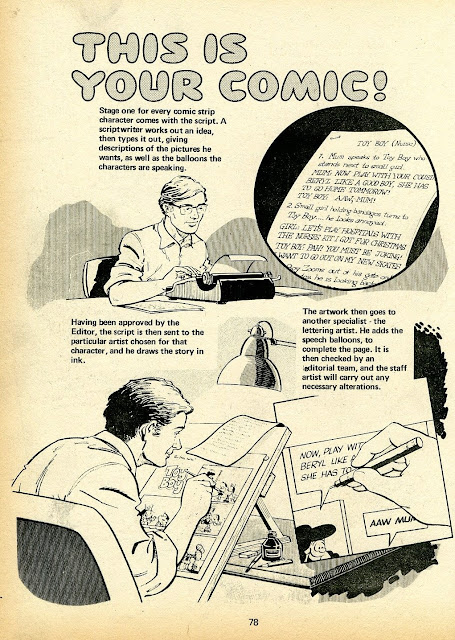 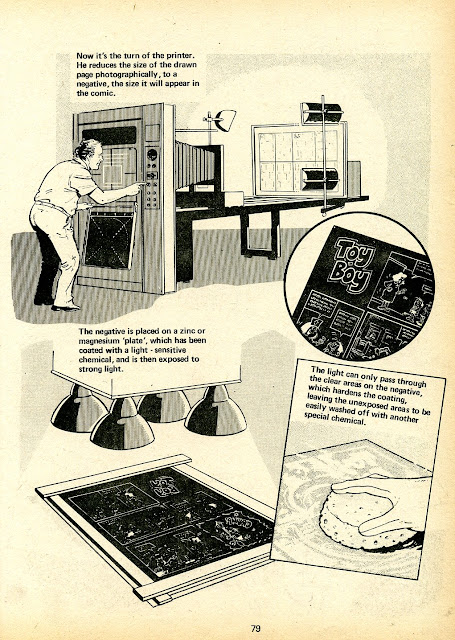 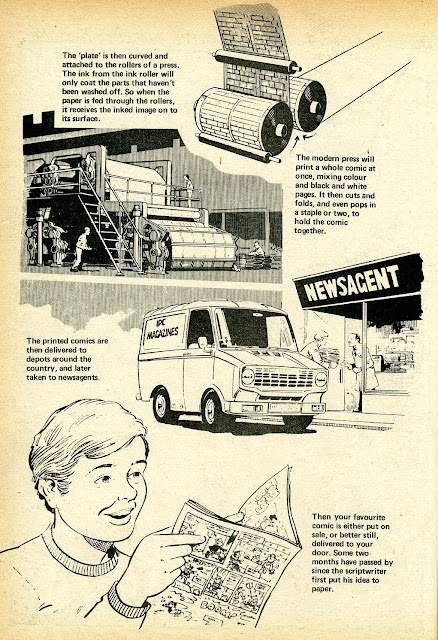 Email ThisBlogThis!Share to TwitterShare to FacebookShare to Pinterest
Labels: Whoopee; How comics are made;

ANOTHER HELPING OF LAWSON WOOD ART 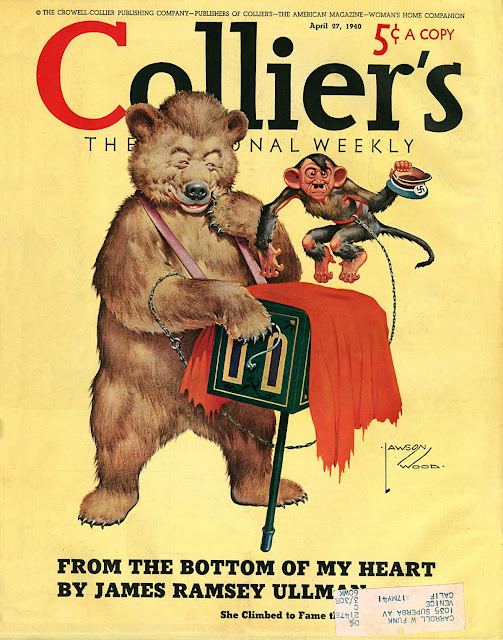 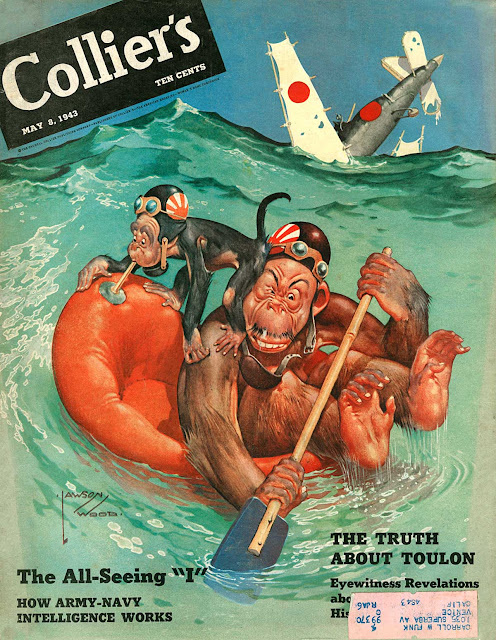