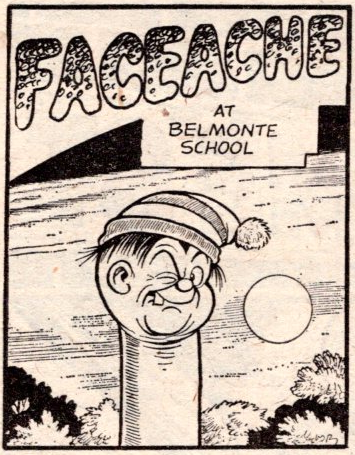 Faceache story arc No. 12 was a two-part story which appeared in BUSTER issues cover-dated August 4 and 11, 1979.
Faceache doesn’t know what a birds’ dawn chorus is, so Mr. Snipe tells him to stay up with him in the grounds all night to await the dawn so that he can hear it first-hand and write an essay on the whole beautiful experience. 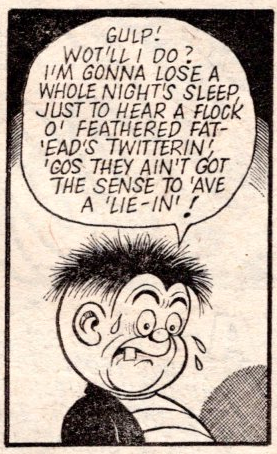 Anxious to get some sleep, Faceache decides he can scrunge the dawn chorus forward a few hours. 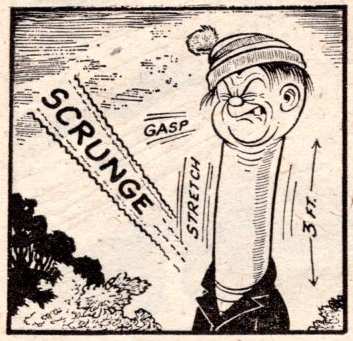 He creeps away behind Mr. Snipe’s back and scrunges his neck to treetop level and then some trillers, cheepers, chirrupers, chirpers, warblers, tweeters, twitterers and a carefree cuckooeee just for luck… 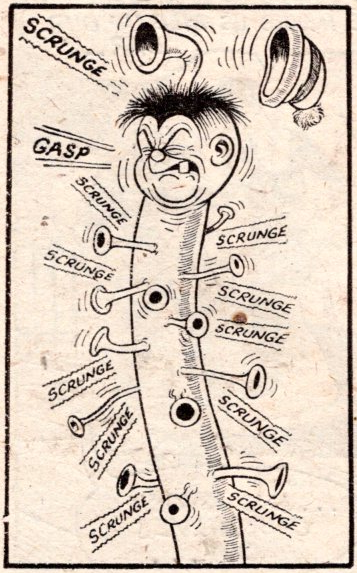 He starts with the first sweet cheep-cheep of his fake dawn chorus. Enchanted by the beauty of the bird-song, Mr. Snipe leaps in the direction of the sound and discovers Faceache’s twist. Mr. Snipe climbs up Feceache’s neck and tells him to unscrunge this instant for a “Guinness Book of Records” thrashing. 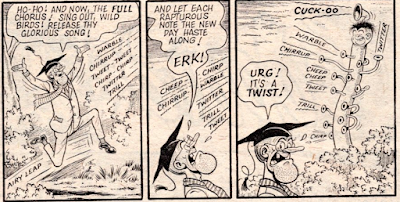 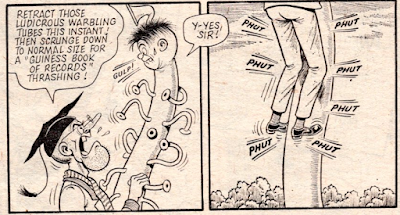 ...and Mr. Snipe crashes down from the heights of Faceache’s neck. 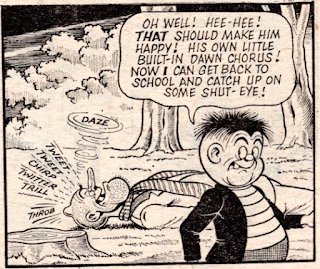 Faceache leaves the dazed Mr. Snipe with his own little built-in dawn chorus and goes back to school to catch-up on some sleep. At dawn the real dawn chorus starts and Faceache can’t sleep because of the noise. 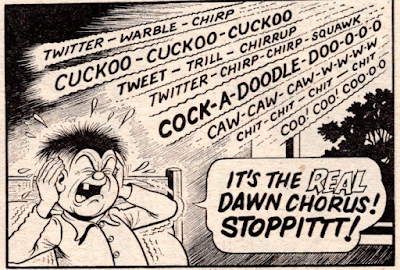 Characters are © Rebellion Publishing Ltd
Click on the POWER PACK banner in the right-hand column and get your copy of the POWER PACK OF KEN REID - the deluxe two-volume set of Ken’s strips in WHAM!, SMASH! and POW! comics of the ‘60s.
Posted by Irmantas at 3:21 PM 1 comment: 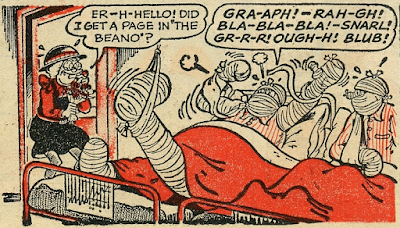 I once did a series of posts featuring various strips with artists’ self-portraits in them. I recently discovered another nice example in the opening episode of JINX – Ken’s last new strip that he illustrated for the BEANO before leaving DC Thomson.

The self-portrait is not as detailed as the one in POW!’s Dare-A-Day Davy (that appears on the slipcase of my POWER PACK OF KEN REID collection and in Rebellion’s CREEPY CREATIONS album), but I was still happy to have found it! Click to enlarge: 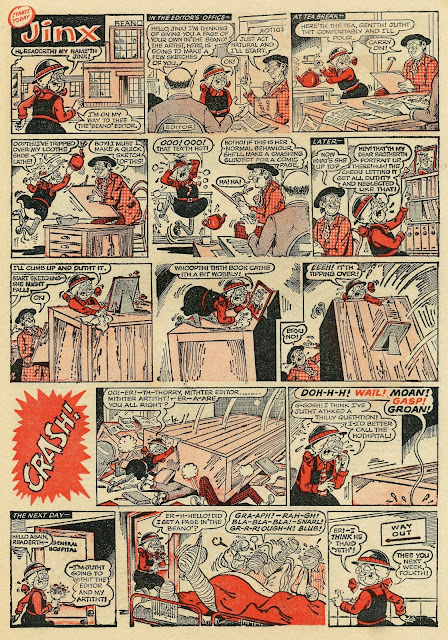 Images © DC Thomson Ltd
Click on the POWER PACK banner in the right-hand column and get your copy of the POWER PACK OF KEN REID - the deluxe two-volume set of Ken’s strips in WHAM!, SMASH! and POW! comics of the ‘60s.

QUEEN OF THE SEAS PANEL

Ken Reid was known to have sometimes been ‘text heavy’ in the strips that he scripted himself, making it necessary for editors to cut his writing down. Below is a nice example of that. The panel is from original Queen of the Seas artwork. I am not completely sure, but I believe I photographed it from the original piece owned by Peter Hansen: 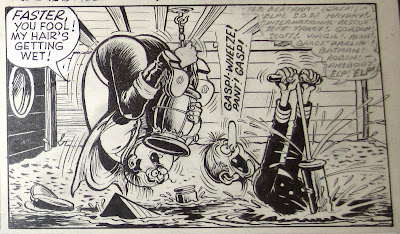 The episode was printed in Smash! No. 31 (3rd Sept., 1966). The ugly colouring ruined the beauty of Ken’s linework,  but the reason I am showing the panel here is Captain Enoch Drip’s new speech balloon: 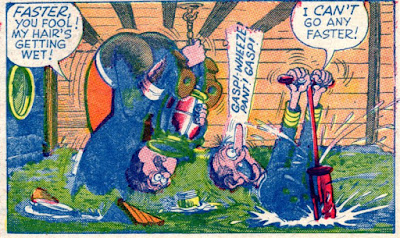 The Editor apparently thought Ken’s original version was too long, or eccentric… 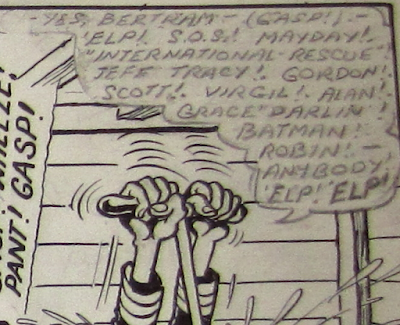 This is how the panel looked in the reprint of the same episode in Buster cover-dated 8th July, 1972: 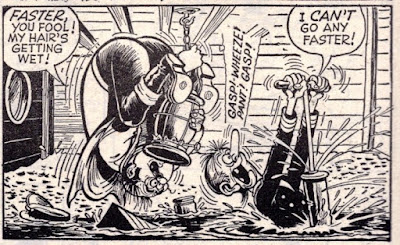