Art was a boy who inherited his uncle’s mansion and found stacks of paintings inside. He came up with an idea to open an art gallery to exhibit the collection but didn’t realise these were no ordinary paintings – the characters painted in them were alive and able to climb out of their frames and interact with each other and the real world. The worst thing about them was that they were all lazy-bones who hated being put on display to be ‘gawped at’ by ‘silly visitors’. The enchanted paintings plotted various schemes to send visitors packing, while Art used his wits to get the better of the misbehaved picture characters. 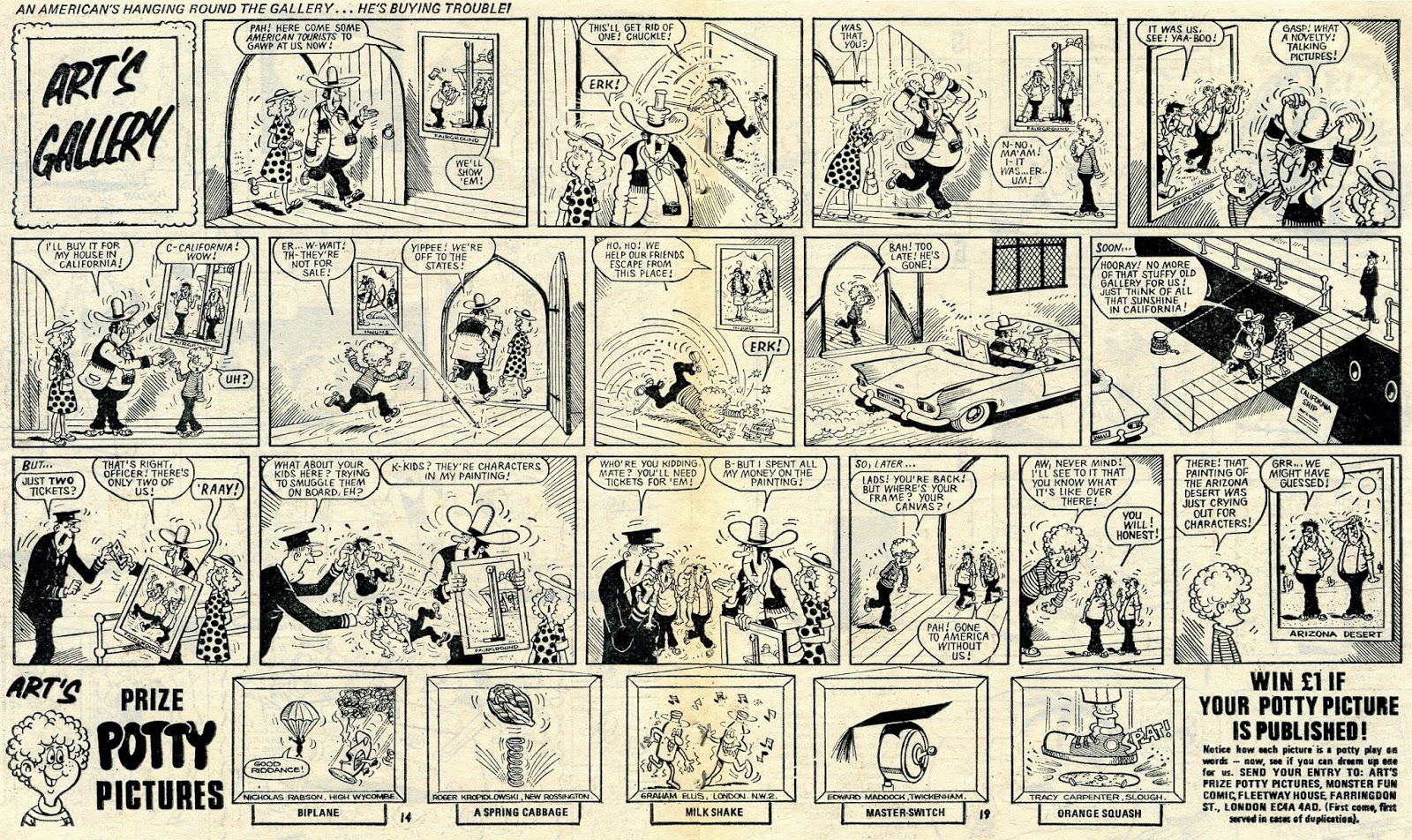 In the beginning the strip was tied-in with a participation feature (Art’s Potty Pictures) in which the readers were invited to send picture ideas involving play on words and win £1 for every picture published. Readers’ contributions were printed on the same pages as the strip or the page opposite. The participation feature was discontinued after issue 19 which included a bumper final selection of potty pictures. My version of the reason why it ended was the introduction (in MFC No. 16) of Ticklish Allsorts – a feature that accommodated jokes of every kind, including those of the play-on-words variety that were the specialty of Art’s Potty Pictures.

Initially Art’s Gallery occupied the two pages which formed the centrespread after the pull-out booklet or the poster was detached from the comic. From issue No. 19 the strip was reduced to one page and continued like that for the remainder of its modest run untill issue No. 34, missing issues No. 21 and 24 (also 16, in which there was no story, only the potty pictures). The illustrator was Mike Lacey (except in No. 12 where a ghost artist stepped in). Mr. Lacey’s output was quite amazing at the time – in addition to Art’s Gallery, he was also in charge of X-Ray Specs in MFC, plus he drew weekly instalments of Scared-Stiff Sam (a two-pager) and The Bumpkin Billionaires (front cover and two inside pages) in Whoopee!  On top of that, we was also the illustrator of Sid's Snake and Shiner in WHIZZER AND CHIPS. This makes at least 10 pages every week! Perhaps this was one of the reasons why Art’s Gallery was soon reduced from two pages to one and then dropped altogether. 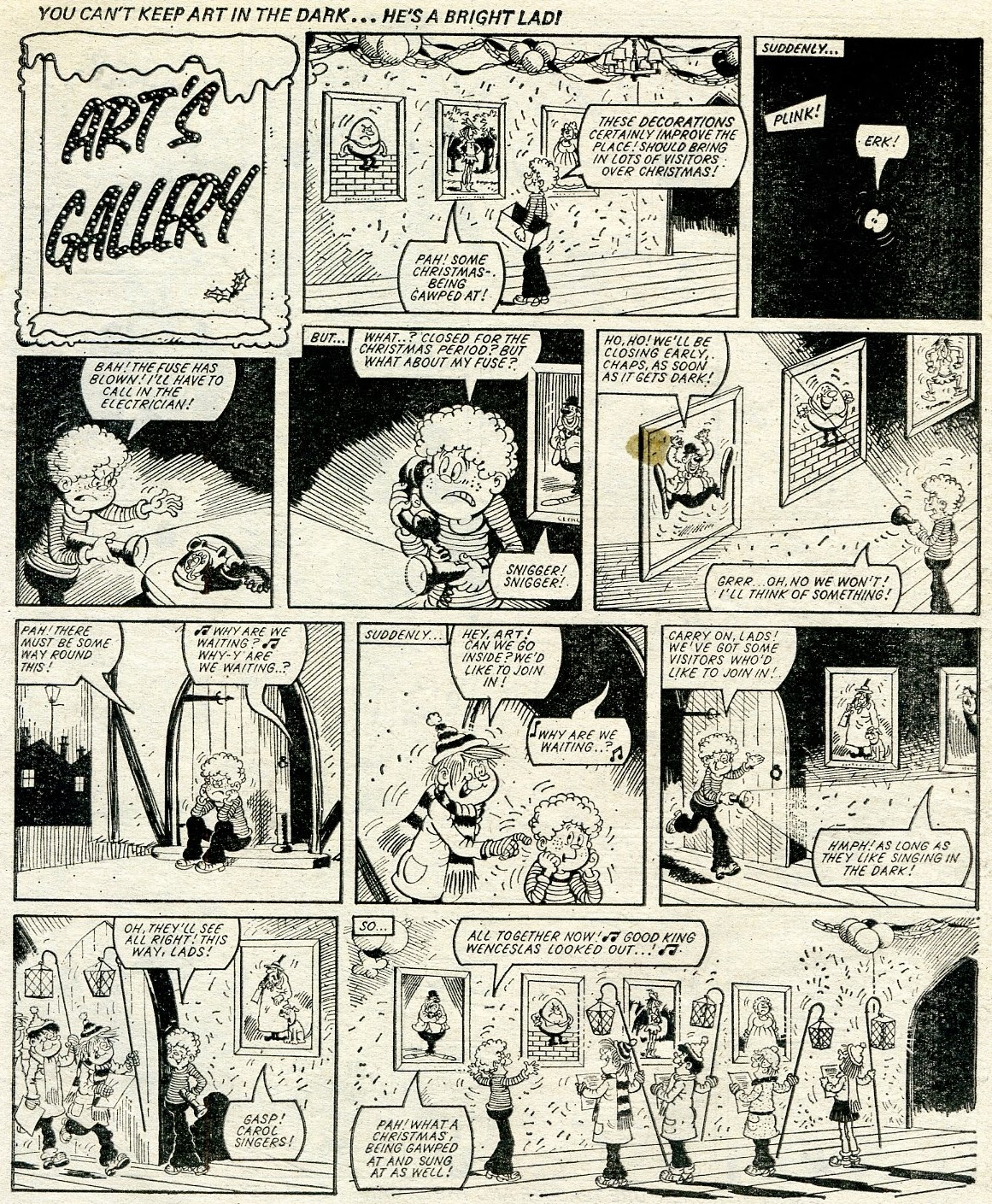