Below are the remaining two Buster covers by Leo Baxendale from 1967, followed by examples of The Cave Kids and The Pirates by Bax from the same period. It appears that the artist also did the lettering throughout the runs of both strips. 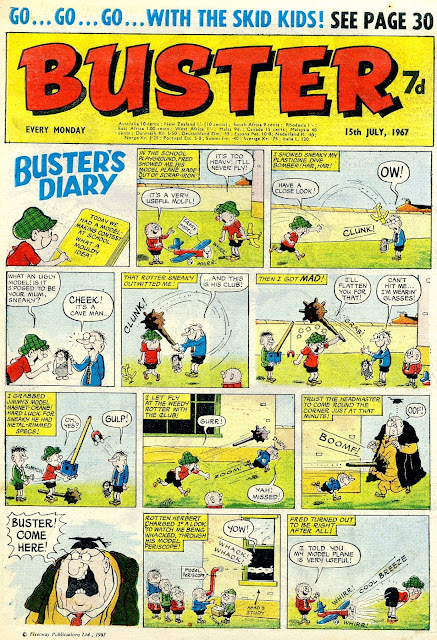 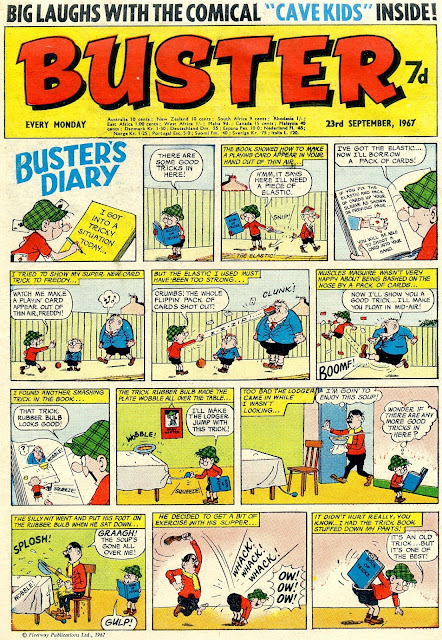 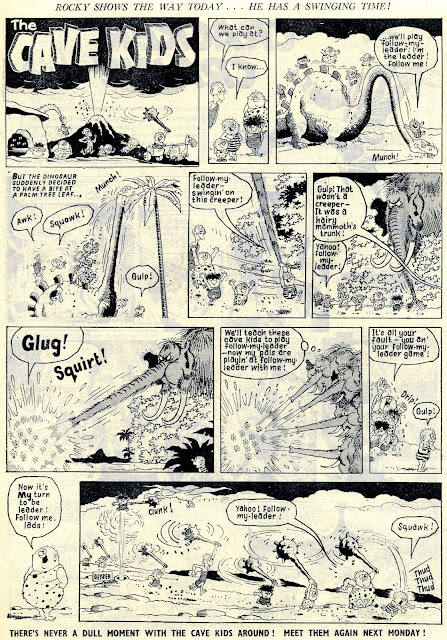 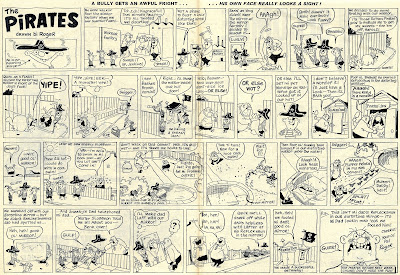 By way of a teaser for the next post, I can say that I decided to check if I can find more examples of cap-less Buster. Come back soon to see some results of my quest. In the meantime, here’s an image of Buster-less cap from 1985: 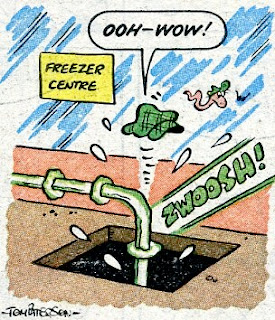 
The Spanish artist Angel Nadal was responsible for the vast majority of BUSTER covers in the period from 1962 till 1974. The few exceptions included six episodes of Buster's Diary by Leo Baxendale in 1967 (the issues cover-dated 6th May, 15th July, 5th Aug, 26th Aug, 23rd Sept and 21st Oct).

My speculation is that the Editor wanted to have insurance in case Nadal’s artwork didn’t arrive on time in the post from Barcelona, so he asked Leo Baxendale to draw some and kept them “in reserve”. Here are some of the covers. I prefer Nadal’s version of Buster’s Diary. 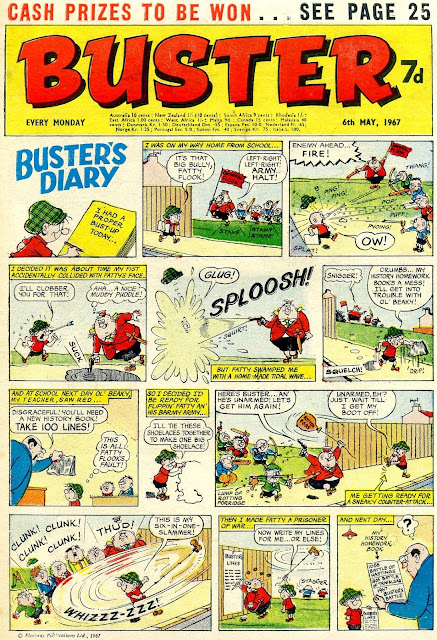 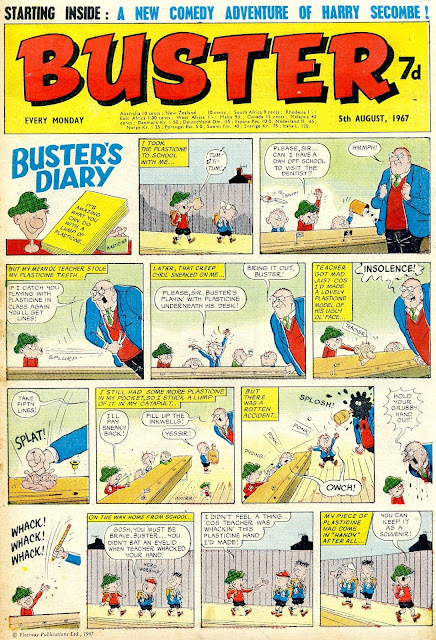 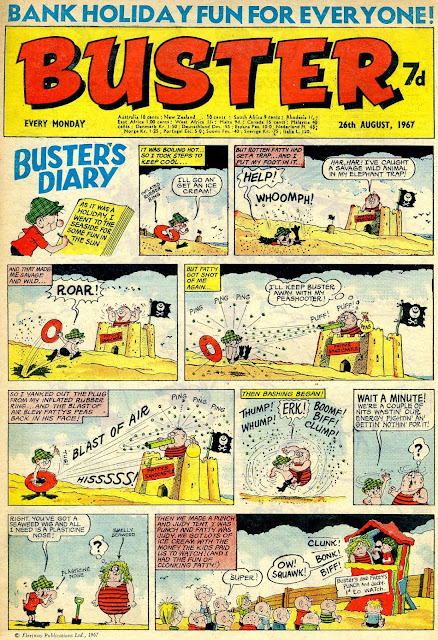 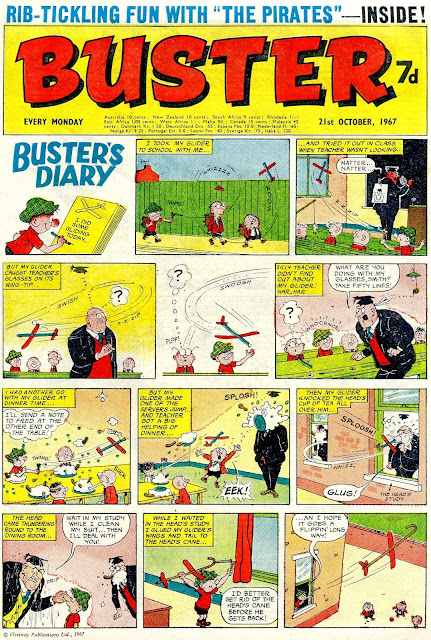 
For a 7-issue stretch, Nos. 631 – 637 inclusive, in 1954 the Beano came with a black title logo. I’ve got no idea what prompted DC Thomson to carry out this brief experiment but the seven issues seem to have some extra appeal to collectors and are more difficult to come by. I have recently received the last missing issue of my “black-title-logo-run” and can now show the complete gallery of the covers. Whatever the colour of the logo, Dudley D. Watkins’ artwork is always nice to see: 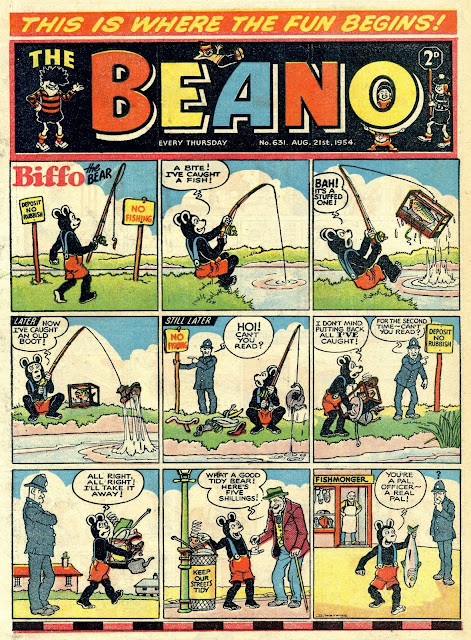 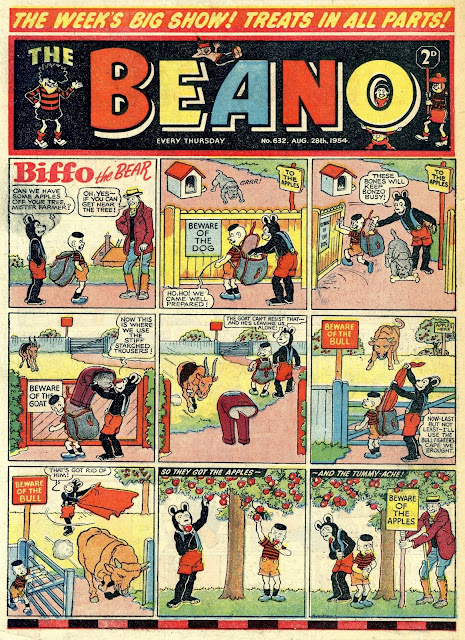 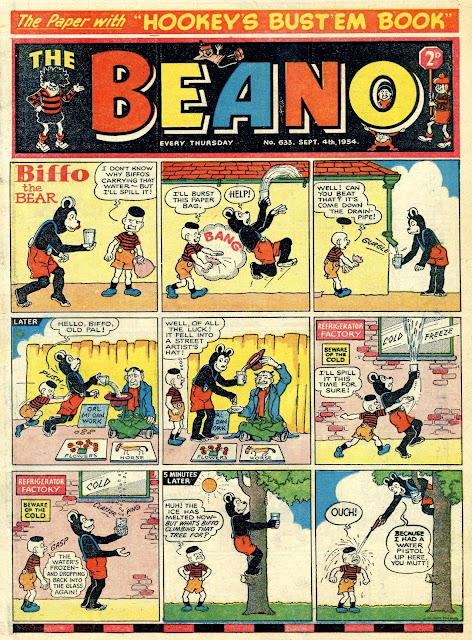 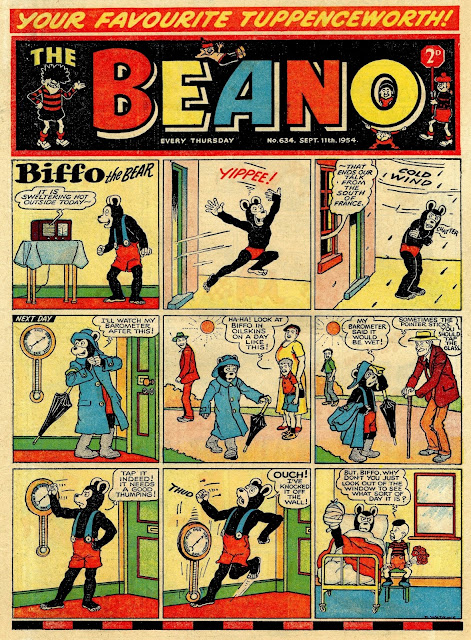 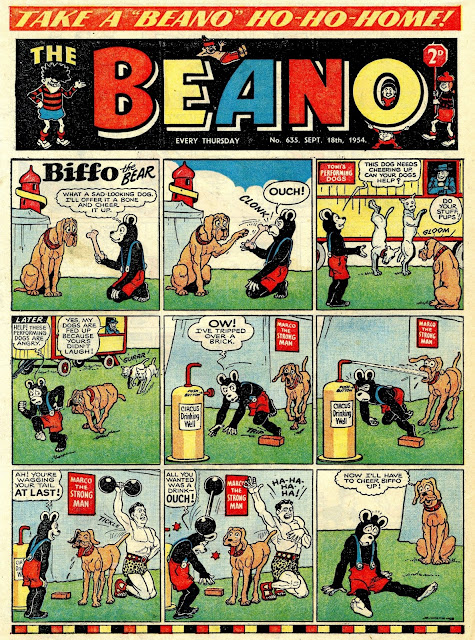 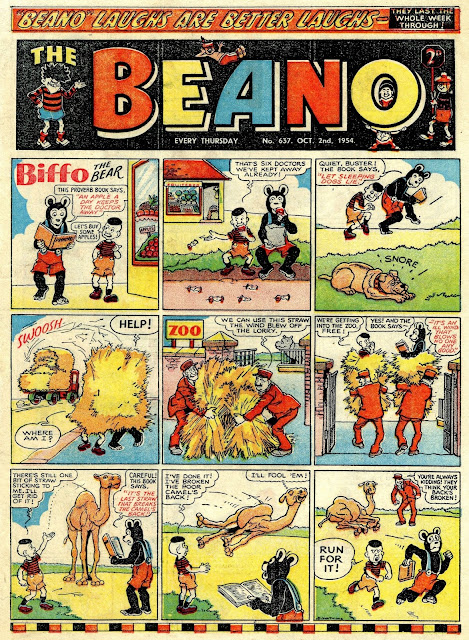 Email ThisBlogThis!Share to TwitterShare to FacebookShare to Pinterest
Labels: Dudley Watkins, The Beano 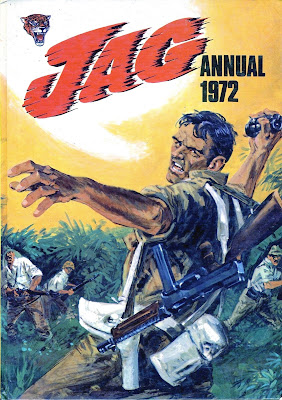 Two posts ago I mentioned that Joe Colquhoun’s Cap’n Codsmouth appeared in three JAG Annuals. Below is the second episode from the 1972 edition published for the Christmas of 1973.  Captain and his men go into business of selling “build-it-yourself” model kits of the “Scuttlebutt”! 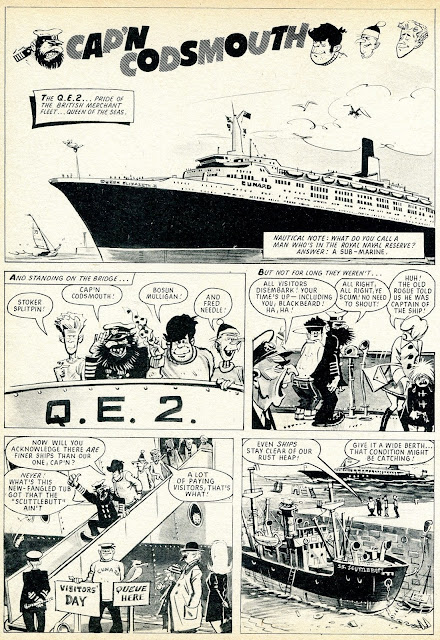 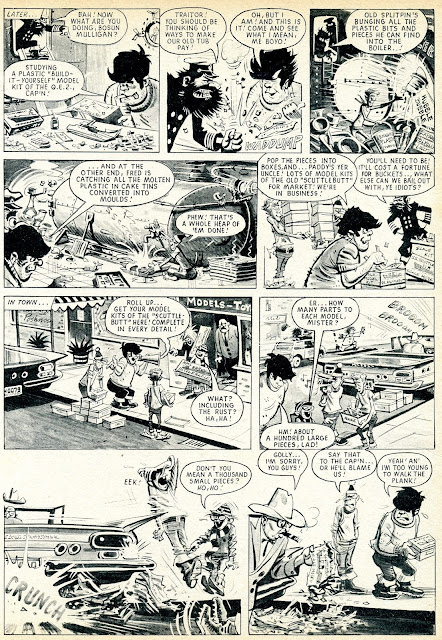 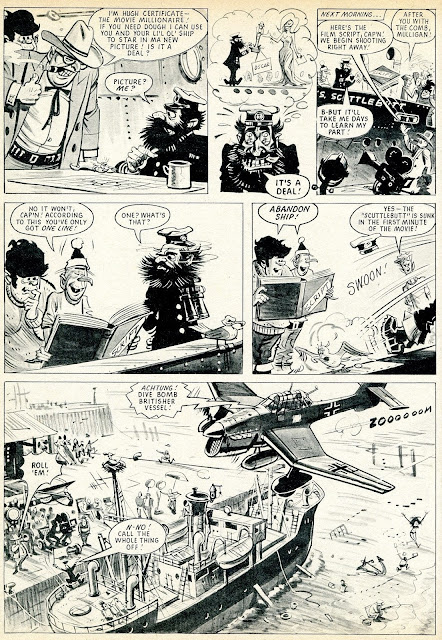 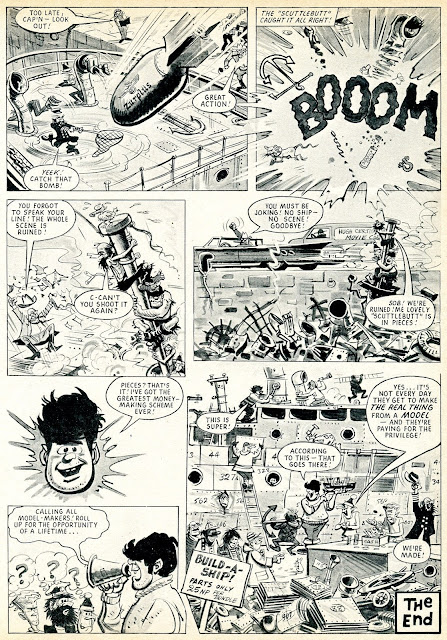