A LOOK AT MONSTER FUN STRIPS: BRAINY AND HIS MONSTER MAKER

Brainy and his Monster Maker was a tale about a boy named Brainy who invented the World’s first monster-making ray gun. In this strip ‘monster’ meant ‘big’ rather than ‘horrible’, so don’t expect to see freaky monsters here (save for the odd giant-sized bird, dog, crab, worm or insect) – only huge hats, fruits, flowers, tarts, umbrellas, slippers, etc. Also the odd giant nose or toe because the the magical monster maker could also be applied selectively (to enlarge a particular part only). 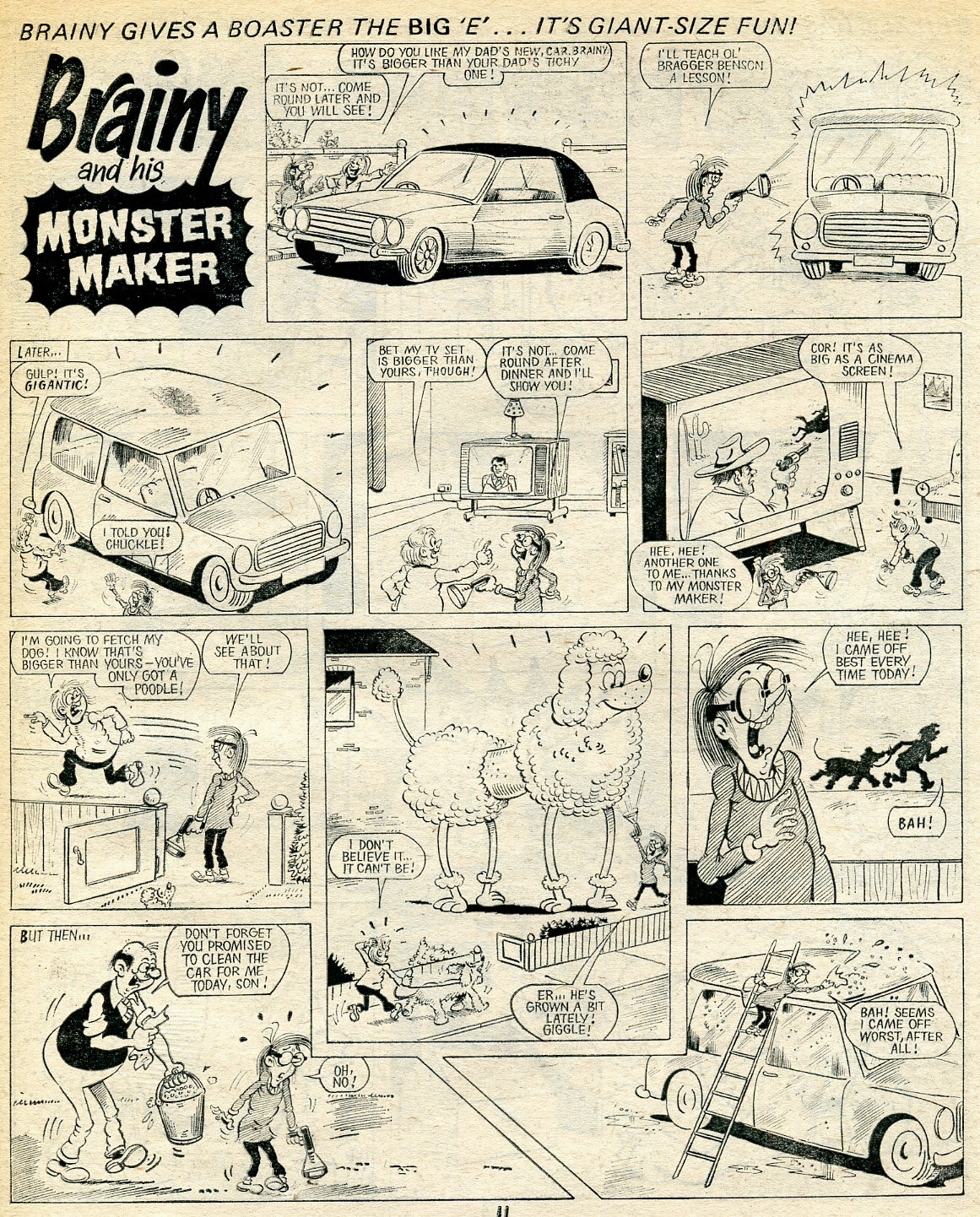 I find the stories a bit boring and repetitive, and the artwork isn’t great too, so it isn’t high in my personal list of favourite MFC features. Readers must have seen it differently because Brainy and his Monster Maker continued from the first issue of MFC to the very last (missing issues 16, 34, 39, 41, 47, 50, 51, 53, 56, 58, 61, 64, 66, 68, 70 and 71). The illustrator was Vic Neil (I think). The strip was a one-pager, except in the penultimate issue where two independent episodes were merged to look like one – a clear case of not wanting to waste the artwork supplied by the cartoonist before the decision not to transfer the strip to the combined BUSTER AND MONSTER FUN was made. 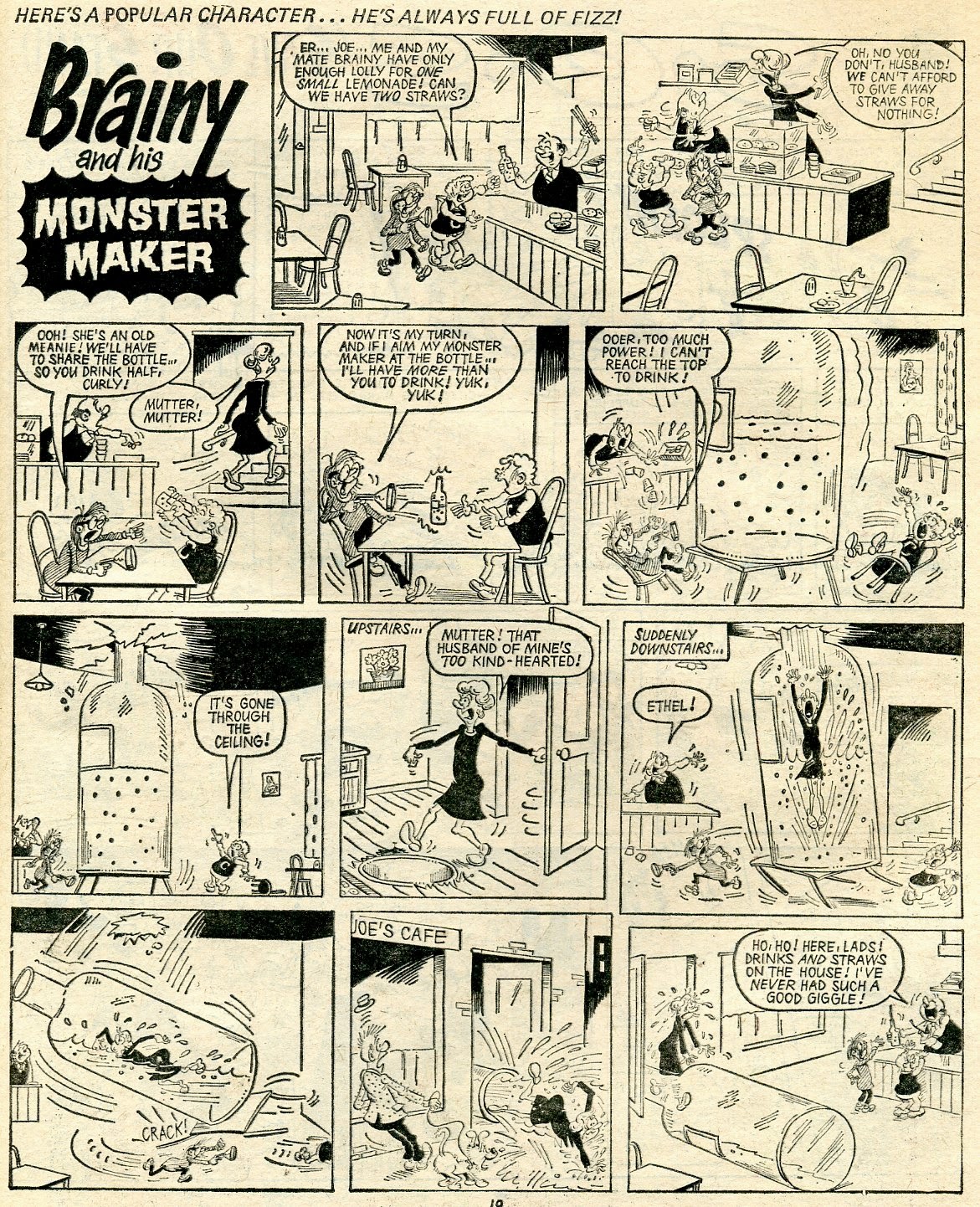