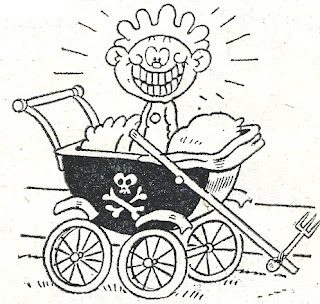 Sweeny Toddler, the demonic baby who brought lots of fun to generations of children in the UK over a number of decades, first appeared in SHIVER AND SHAKE in 1973. I covered the SHIVER AND SHAKE period of the strip in an old post HERE.

This time let’s retrace Sweeny’s path from SHIVER AND SHAKE to the new comic with the clumsy title of WHOOPEE! AND SHIVER & SHAKE.

WHOOPEE! AND SHIVER & SHAKE was 32 pages thick at the time. It seems like a lot of space to fill, but Whoopee! had a strong lineup of characters as it were, and it had to accommodate quite a few refugees from SHIVER AND SHAKE who were too popular to be discontinued with the demise of their home comic (Frankie Stein, Scream Inn and a few others), so re-arrangements were inevitable and competition was tough.


Sweeny Toddler didn’t make a straightforward leap to the new comic – it had to prove its strength by participating in a poll. The Editor selected 8 strips and invited readers to vote in a Pick-A-Strip competition. Most of the entrants were either WHOOPEE!’s own (presumably less successful) features – Pop Snorer, Little Miss Muffit, Snap Happy and The Upper Crusts and the Lazy Loafers, or those from SHIVER AND SHAKE - The Desert Fox, Grimly Feendish and Sweeny Toddler. This is what Sweeny’s entry looked like in WHOOPEE! AND SHIVER & SHAKE cover-dated 23rd November, 1974: 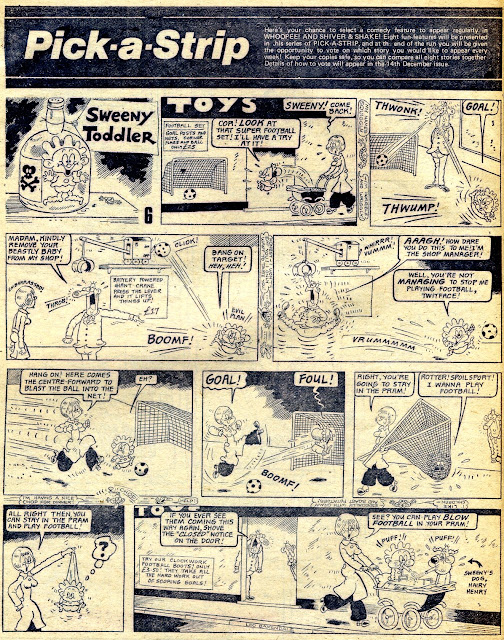 Results were announced in the issue cover-dated 22nd March, 1975: 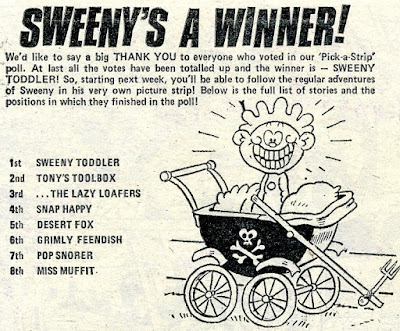 … and Sweeny Toddler proudly returned to the spotlight a week later in the Easter issue of WHOOPEE! AND SHIVER AND SHAKE cover-dated 29th March, 1975: 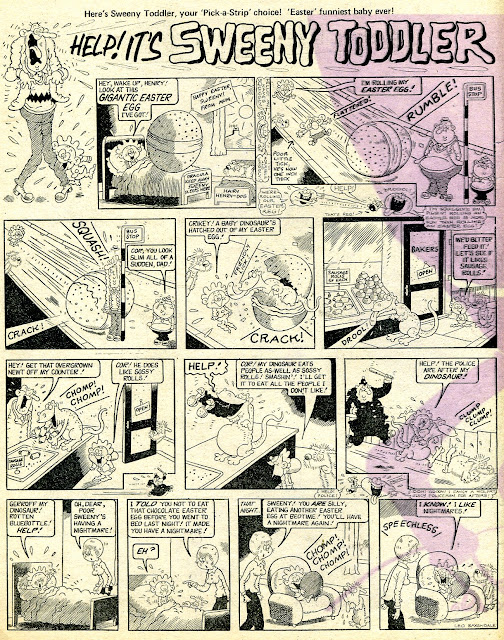 It would have been interesting to see the vote count. Perhaps it was a close call for Sweeny? Was there a chance that he would have faded into oblivion, had the runner-up received a few more votes in its favour?.. 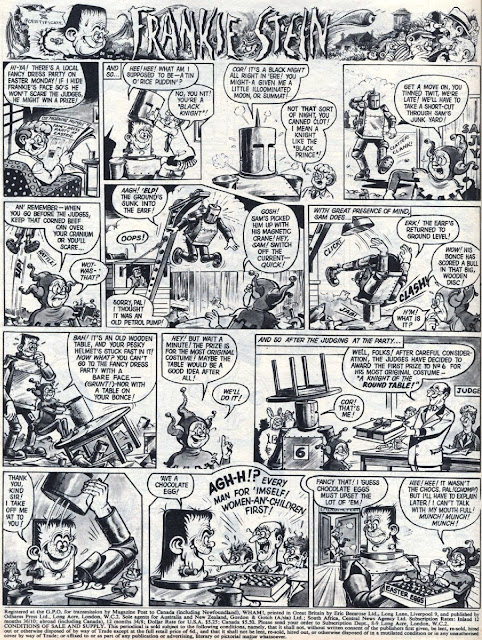 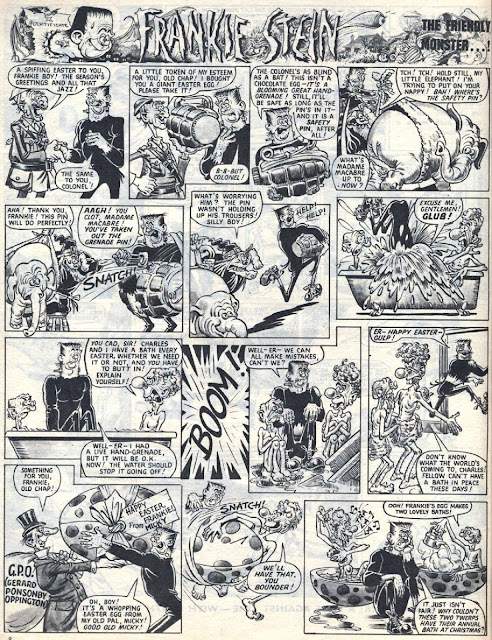 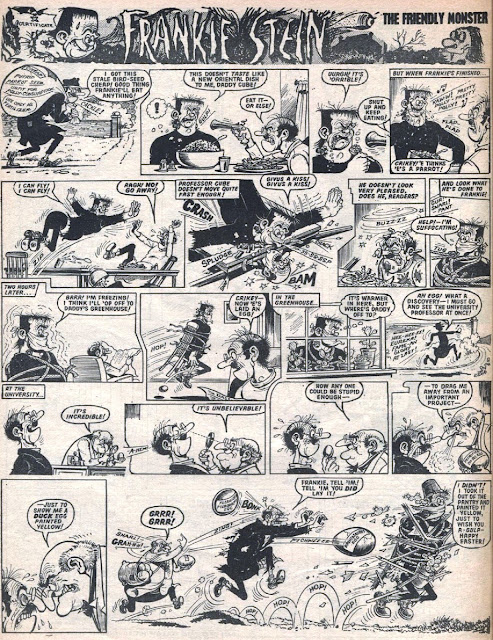