Riddle-me Ray was a super riddler who claimed he could solve any riddle in the World! The problems that he occupied himself with were often rather strange and he solved them in his own unique ways, usually involving word-play. 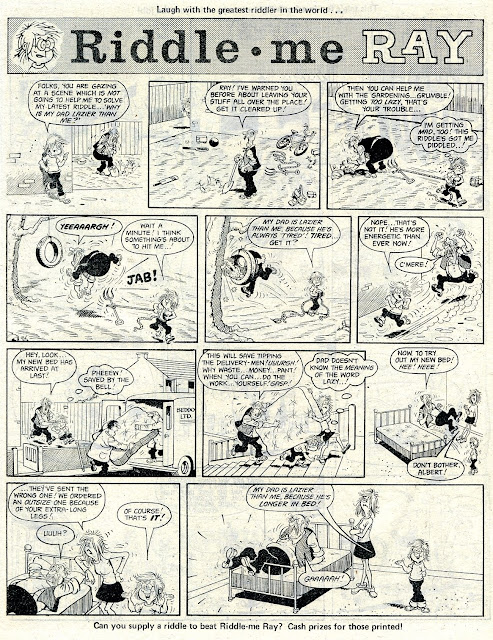 Riddle-me Ray was another feature where readers could win cash prizes, this time by supplying a riddle to beat Riddle-me-Ray. It’s difficult to tell for sure, but it looks like the response to the challenge wasn’t overwhelming because the first time that the contributor was credited was in the 14th episode (in issue No. 70 cover-dated August 3rd, 1974). During the first weeks the writer came up with some clever riddles and solutions, such as When is a department store like a boat? - When it has sales, or What month of the year does a soldier hate the most? - A long march, or my favourite one - How can a hunter in the woods find his lost hound? - By putting an ear to the tree and listening to the bark. The majority of the ideas sent by readers were admittedly rather weak, such as What has a tongue but can’t talk?  - A shoe, or What language does nobody understand?  - Baby language, although I did like this one: 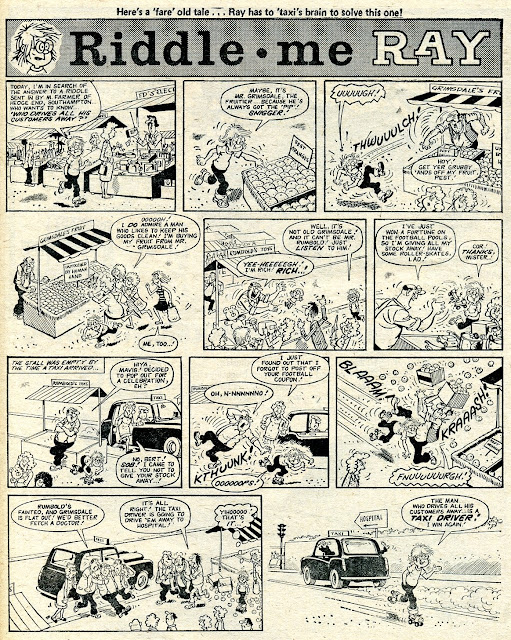 The feature was launched in issue 57 (April 6th, 1974) and ran until the last issue (No. 79 dated October 5th, 1974), missing one week in the process (there was no Riddle-me Ray in Shiver and Shake No. 75). The strip didn’t make it to the combined WHOOPEE AND SHIVER AND SHAKE. The first episode was one and a half pages long and all the subsequent ones were one-pagers. The illustrator was Mike Lacey who was substituted by someone else on two occasions in issues 73 and 75. Mike Lacey drew his self-portrait in the episode that appeared in issue 63 (May 18th, 1974): 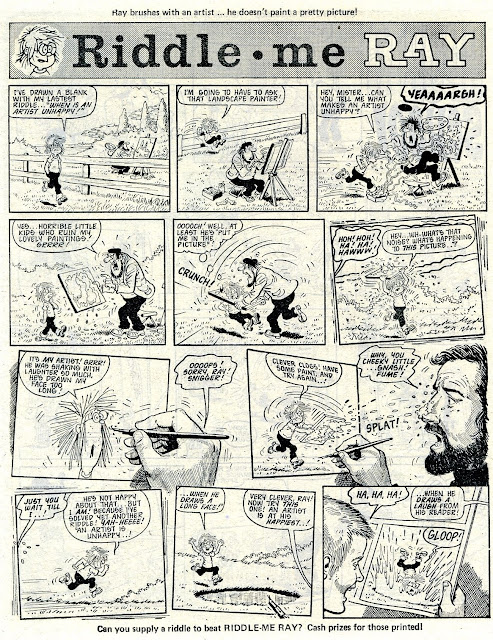