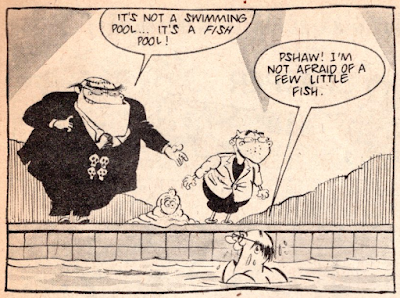 A look at IPC comics cover-dated March 30th 1974 tells us Graham Allen was also quite busy at the time. His output that week amounted to 4 pages – 2 of Fiends and Neighbours in COR!!, plus 2 of Spy School in Whoopee! 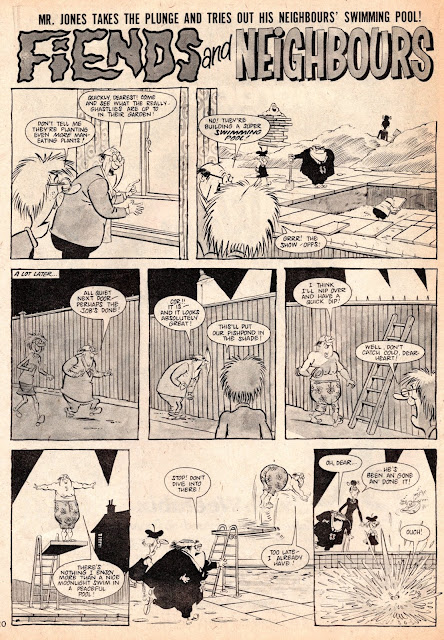 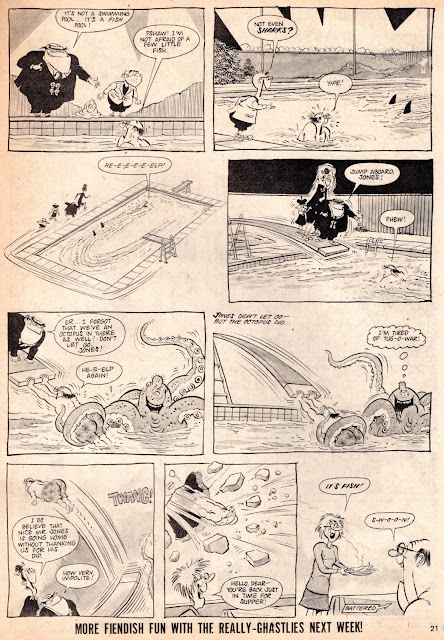 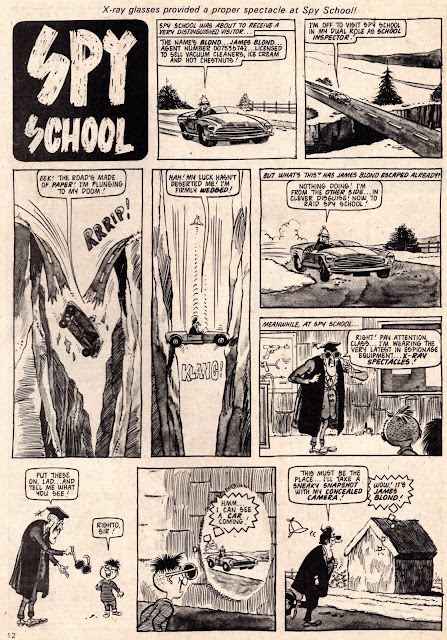 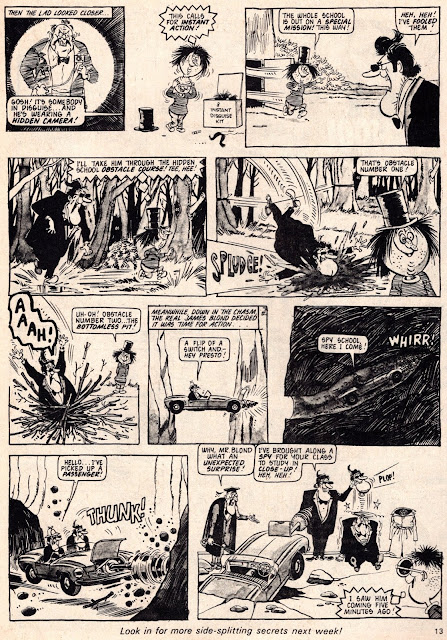 The next post will cover Ken Reid's work in the comics cover-dated March 30th 1974, before we move on to the heavyweights...

Posted by Irmantas at 7:44 AM No comments: 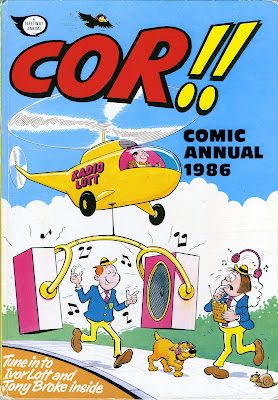 The last COR!! annual was again rich in non-comic content: a total of 15 pages (including 3 pages of Krazy Korner signed by Melvin) were allocated to puzzles, games, jokes, riddles, cartoons, etc.

All 4 episodes of Ivor Lott and Tony Broke were illustrated by Sid Burgon who had never done an episode of the strip in a COR!! publication before.

Trevor Mercalfe tried his hand drawing both episodes of Hire a Horror:

Frank McDiarmid contributed two new stories of the Gasworks Gang. Here are a couple of panels from one. Is it the artist himself having a cuppa in the foreground?

Jasper the Grasper travelled to the USA to visit his cousin Titus T.Tightfist and became a celebrity in New York City for being the first man to row the Atlantic, and in record speed too. Assuming the miser stayed in America for good, this episode (illustrated and signed by a new artist - Francis Boyle) can be regarded as a proper ending of Jasper the Grasper saga. 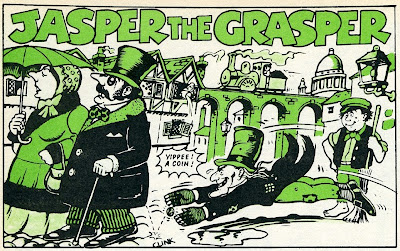 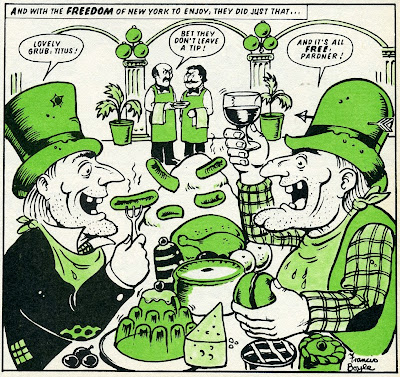 The last eposide of Fiends and Neighbours was illustrated by Nigel Edwards: 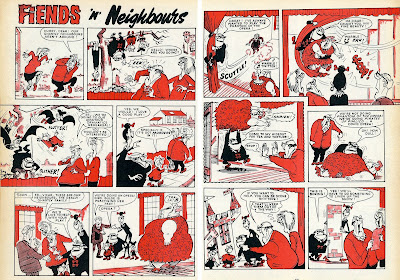 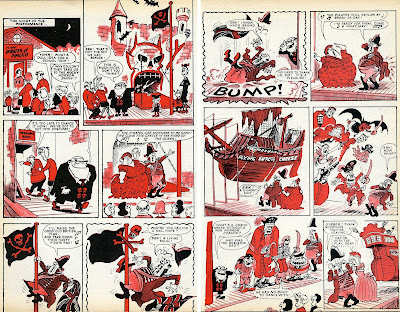 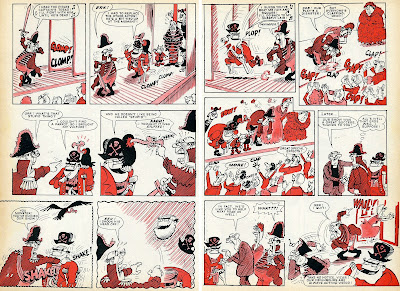 So that’s all of fifteen COR!! comic annuals accounted for! You can go through the whole COR!! annuals sequence by clicking here or by choosing the COR!! Annuals label in the column on the right.

P.S. It appears Fleetway had plans to publish one more annual for the X-mas of 1986 (COR!! Comic Annual 1987) but the book was scrapped at the last moment. You can read more about it HERE. 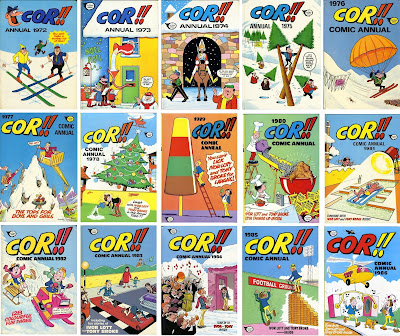 Posted by Irmantas at 7:51 AM No comments: 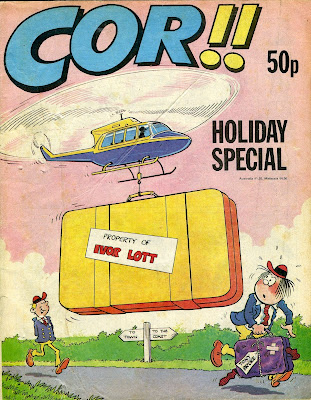 This was the last COR!! Holiday Special. It was quite remarkable that the Specials lasted so long after the paper folded in 1974.

I may be imagining things, but I get an impression that whoever was responsible for compiling this last edition, he thought it appropriate to include a large number of old reprints of the various strips from the weeklies, some of which had been out of print for more than a decade since their original appearance in COR!!: the long forgotten original episodes of Tell-Tale Tess, Jeannie’s Genie and Percy Puffer from the old weeklies appeared alongside with strips that were reprinted on a regular basis.

That said, the Special was another successful combination of reprints and some high-quality new material: Terry Bave drew a couple of new sets of Donovan’s Dad, Crocker contributed three brand new sets of Ivor Lott and Tony Broke, Ron Turner illustrated another nice episode of Young MacDonald and Frank MacDiarmid drew and signed a new set of the Gasworks Gang’s antics: 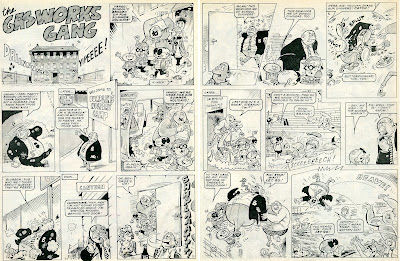 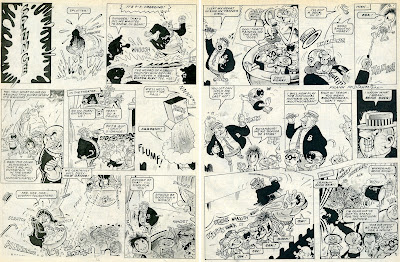 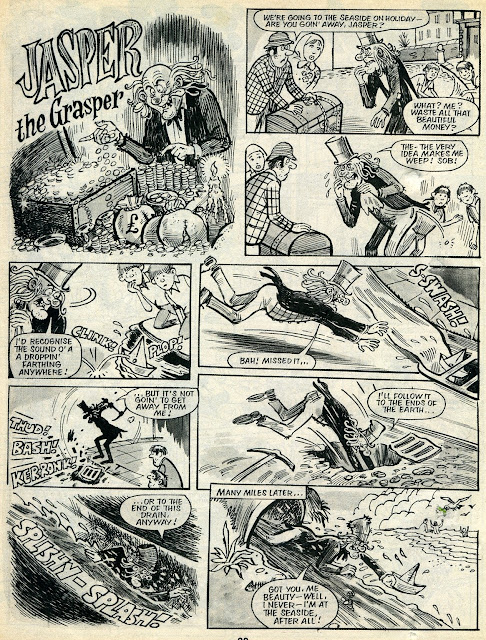 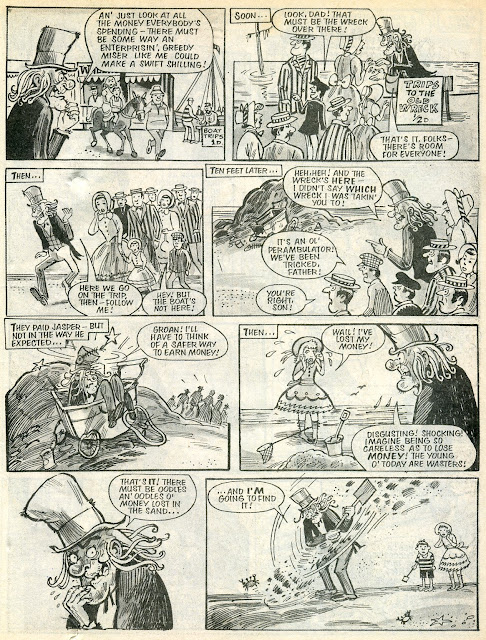 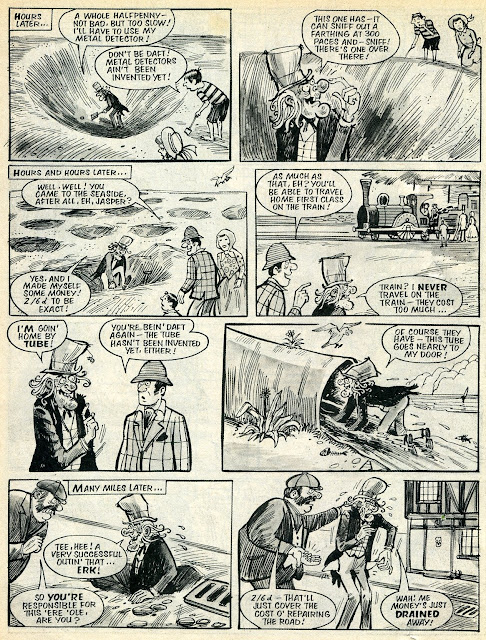 The episode of Fiends and Neighbours was by a new artist whose name is unknown to me: 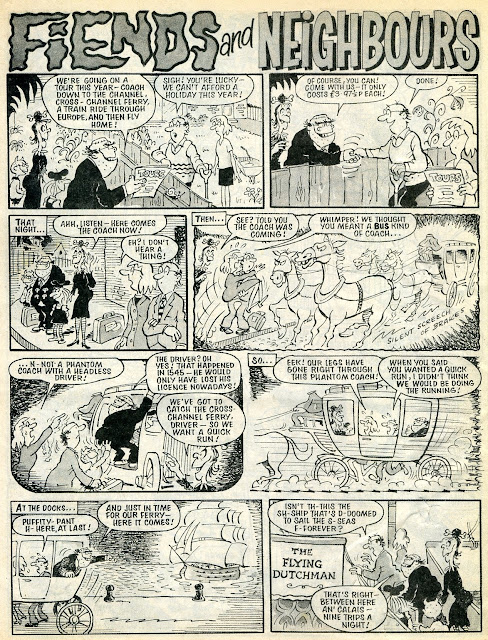 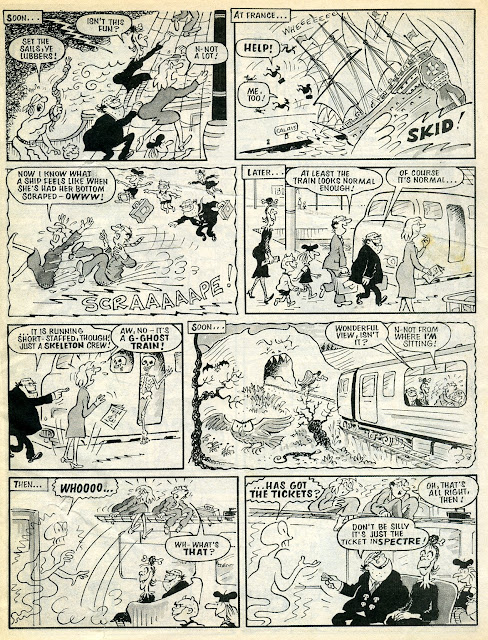 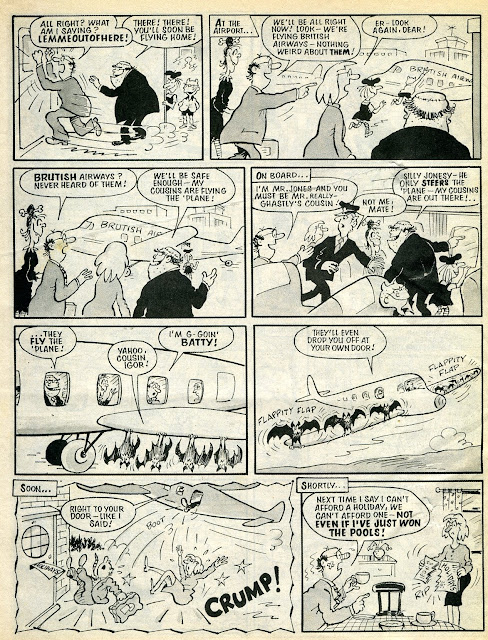 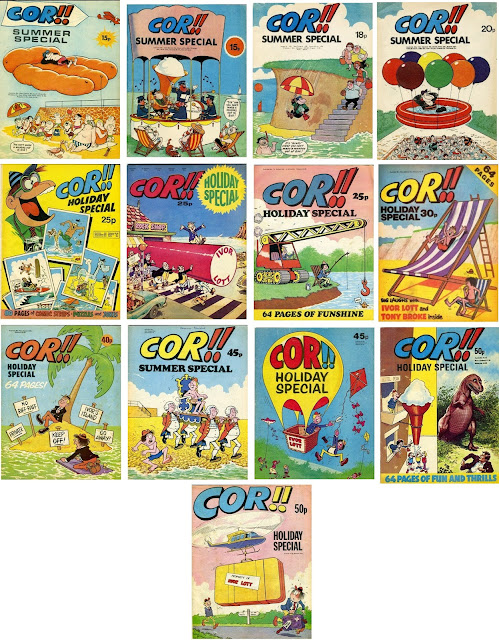