In my previous post I showed a Creepy Creation by Ken Reid that was for some reason rejected by the editor of SHIVER AND SHAKE comic.

When SHIVER AND SHAKE was absorbed by WHOOPEE! in 1974, Ken was put in charge of drawing the World-Wide Weirdies feature.  The complete WWWs series in the weeklies consists of 203 illustrated posters, all drawn and quite a few signed by Ken Reid.

Interestingly, there were three more that were rejected. The School of 'Wails' printed in WHOOPEE! dated 23rd April, 1977 was first submitted as Wales (Miners); the title suggests that Ken chose the mining angle for his original version but it was a sensitive theme in the 70s so IPC preferred to play it safe and instructed him to take a different approach and exploit the wails/whales wordplay instead (my speculation).

Then there was something about Ken’s Weird/Whacky Whirlpool that the editor didn’t like so readers only saw the second re-drawn version in WHOOPEE! issue dated 17th December, 1977.

Lastly, the Tower of London which Ken drew in November 1977 would have been a welcome addition to the gallery of London attractions but IPC rejected Ken’s take on it without suggesting how to make it acceptable.

I haven’t seen the first two rejects but the original of the last one has survived in Ken’s archive. Again, I can’t quite understand the editor’s reasons for rejecting it. Any thoughts on this? 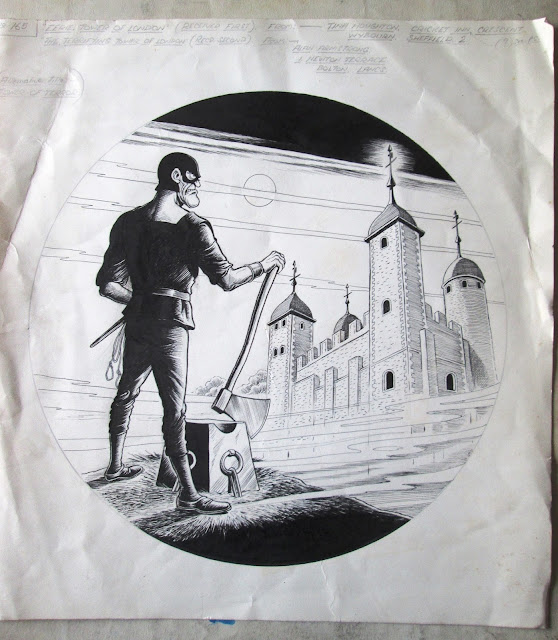 
Ken Reid fans will certainly know that Creepy Creations was a series of single-panel illustrations that he drew for SHIVER AND SHAKE comic. Some were excellent, some less so, but for some reason the Editor rejected the one shown in the picture below. I don’t quite see a reason for rejecting it, but perhaps I am missing something?... 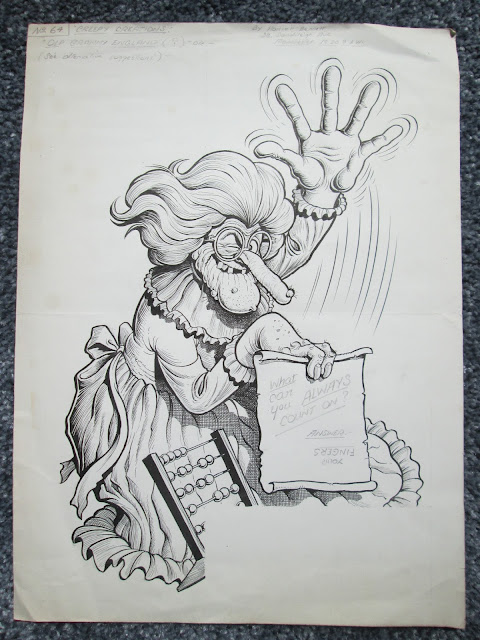