Here’s the third version of the crazy bird by Ken Reid which he drew in hope to attract the attention of MAD USA when he sought new work in 1969. I am not sure as to the order of precedence in which the three versions were produced but I find this one to be the best. I showed the other two in my previous posts. 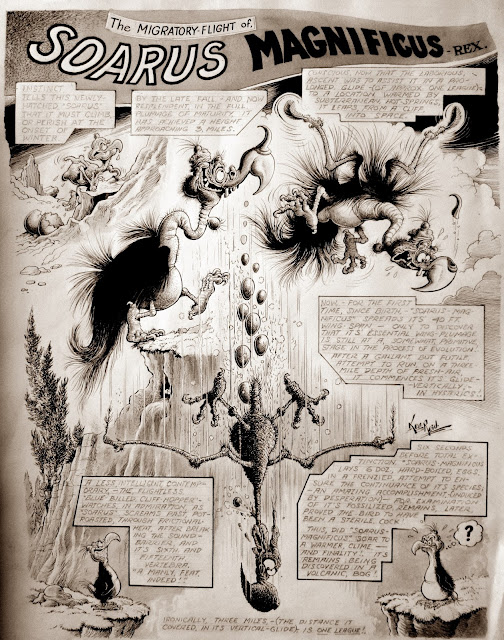 Here's the second version of  Soarus Magnificus, the crazy birdie drawn by Ken Reid when he hoped to attract the interest of Mad USA in 1969.

I've saved the third and the best version for later :) 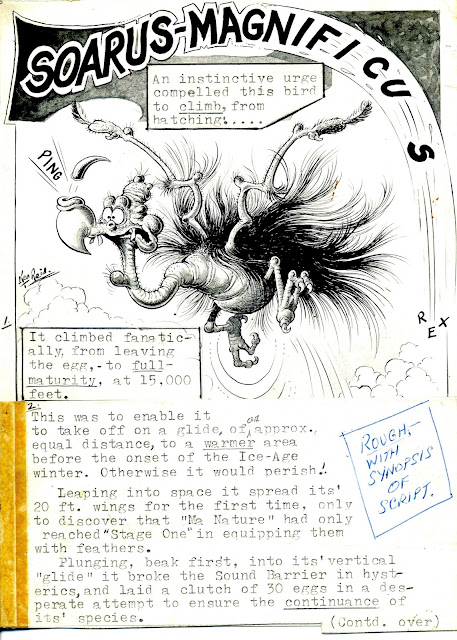 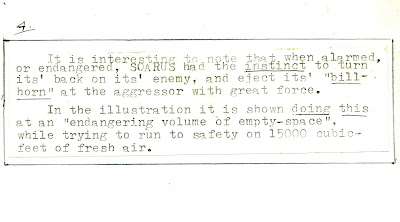 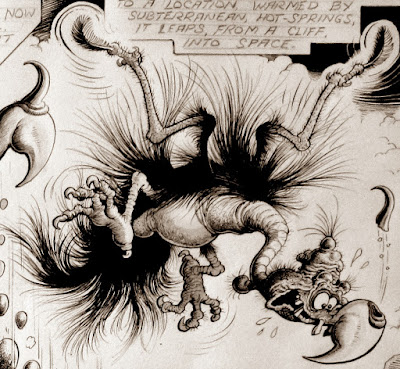 When Ken Reid lost all his work for Odhams in 1969 and his regular income plummeted, he started looking for new channels to sell his talent.

Ken developed a feature “Extinct Animals” (or “Biological Blunders on the Part of Dame Nature”) that he thought might be of interest to “Mad USA”. He prepared a batch of well-executed colour and b/w drawings with photo tints and type-written captions on front and back and posted them to America. Sadly, “Mad USA” returned Ken’s drawings with a letter saying it was not the type of work they required.

In the series Ken came up with some crazy creatures and even crazier legends of their extinction. Ken’s mad menagerie included Gluttonus Explodum – the two-inch whale with a stomach capacity of 4 drams that blast itself to obscurity as a species through swallowing too much of plankton; Stiltus Loftus – a wader bird that fed on algae and could neither fly nor swim, and became extinct because it developed enormously long legs and could no longer reach its food when water level receded; Jumbosis Minutus – a pygmy mammoth that snuffed it because its oversized curved tusks developed into a wheel causing it to plummet off the mountain; Clunkerdonkus Extermini – a species that solved the problem of over-population by clobbering each other to death, and a few more exotic birds, mammals and fish such as Hornoshnozaurus, Duddus Spondukliz, Wartus Probosics Amora (a.k.a. Warty-Nosed Kassanova), Soarus Magnificus Rex, Twittus Proboscis and Gulpus Introvertus…

Ken must have really liked his idea of Soarus Magnificus Rex because he drew as many as three versions of the mad birdie… The one below is a bit text-heavy. I will show the other two in my next post. 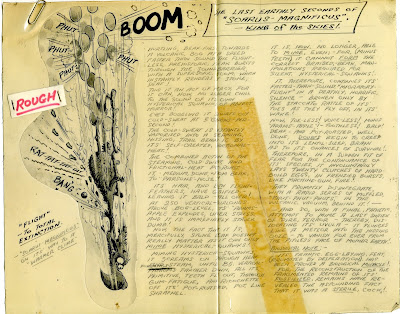