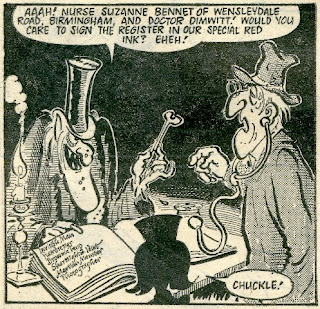 On a couple of occasions Innkeeper was seen making entries in the register of Scream Inn guests. I compiled a full version for him and here are the first 40 visitors: 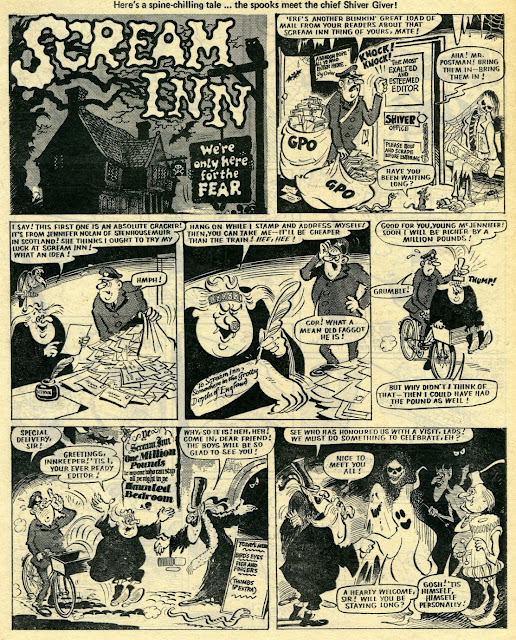 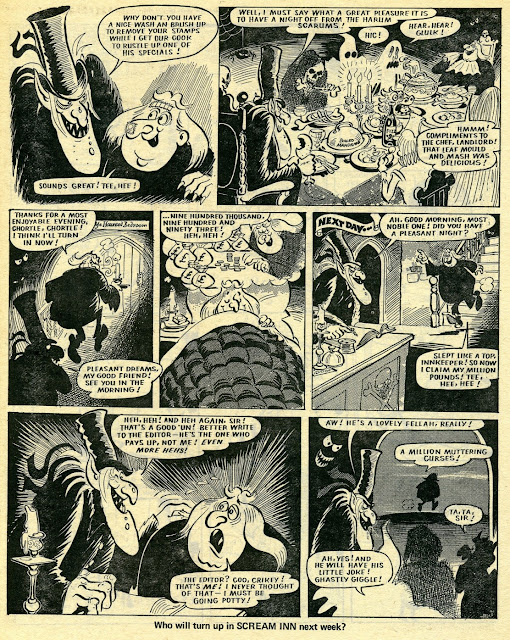 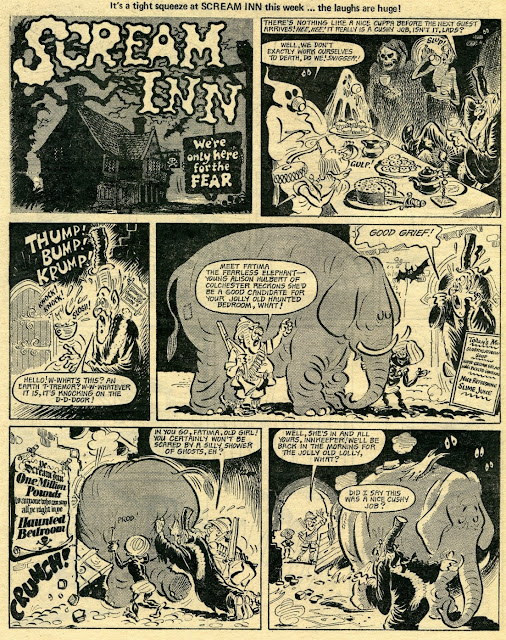 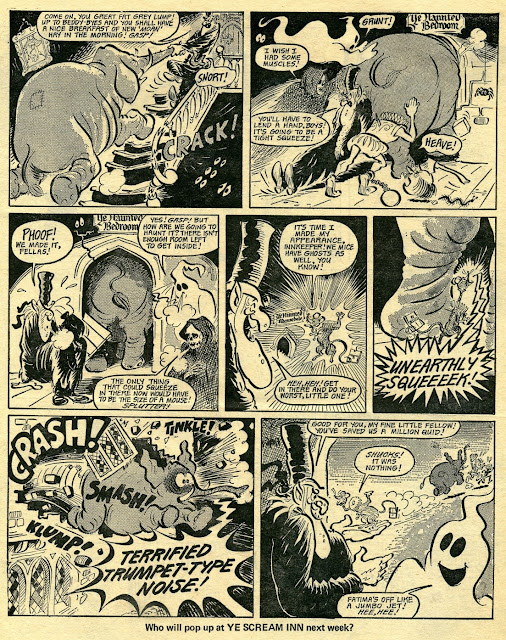 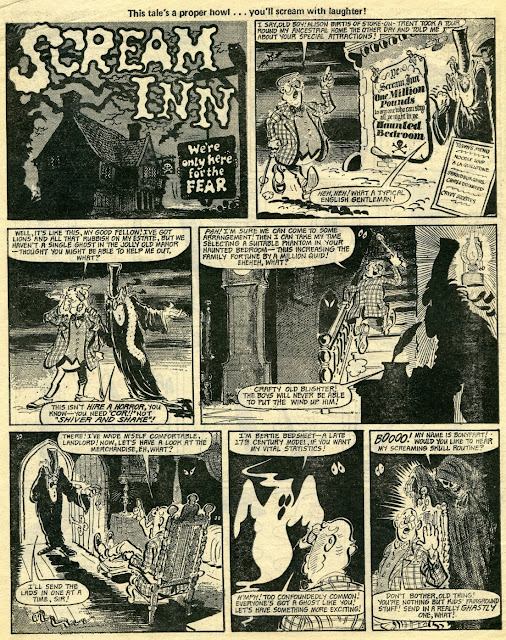 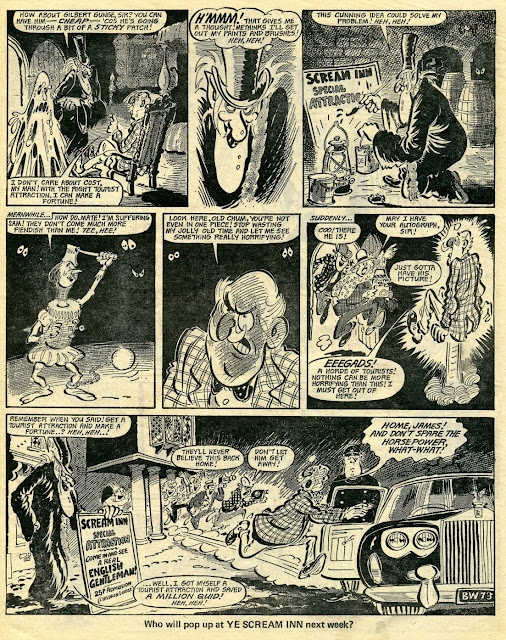 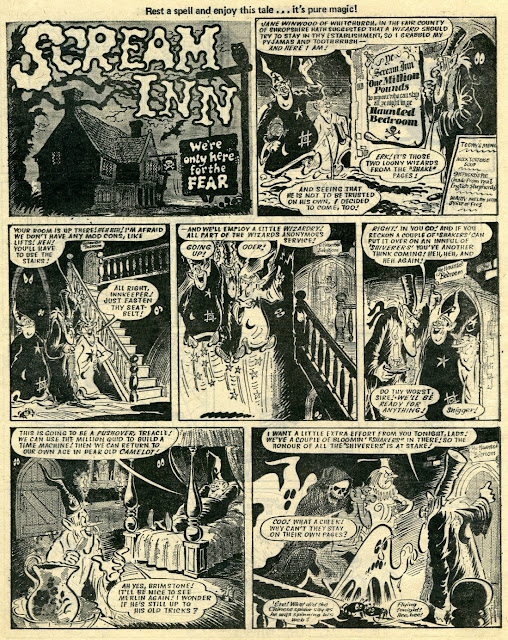 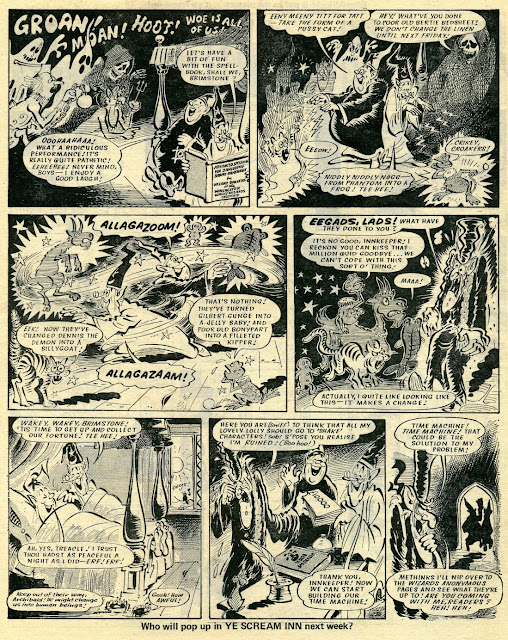 Fortunately,  Innkeeper restored the status quo ante in that very same issue of SHIVER AND SHAKE by making his own guest appearance in Wizards Anonymous and tampering with the time machine that the two potty wizards built in hope to get back to the days of dear old King Arthur's reign...