Two new features included in the Annual are signed by artists whose names say nothing to me. One is Ian Bennet whose style looks very rough and amateurish to me: 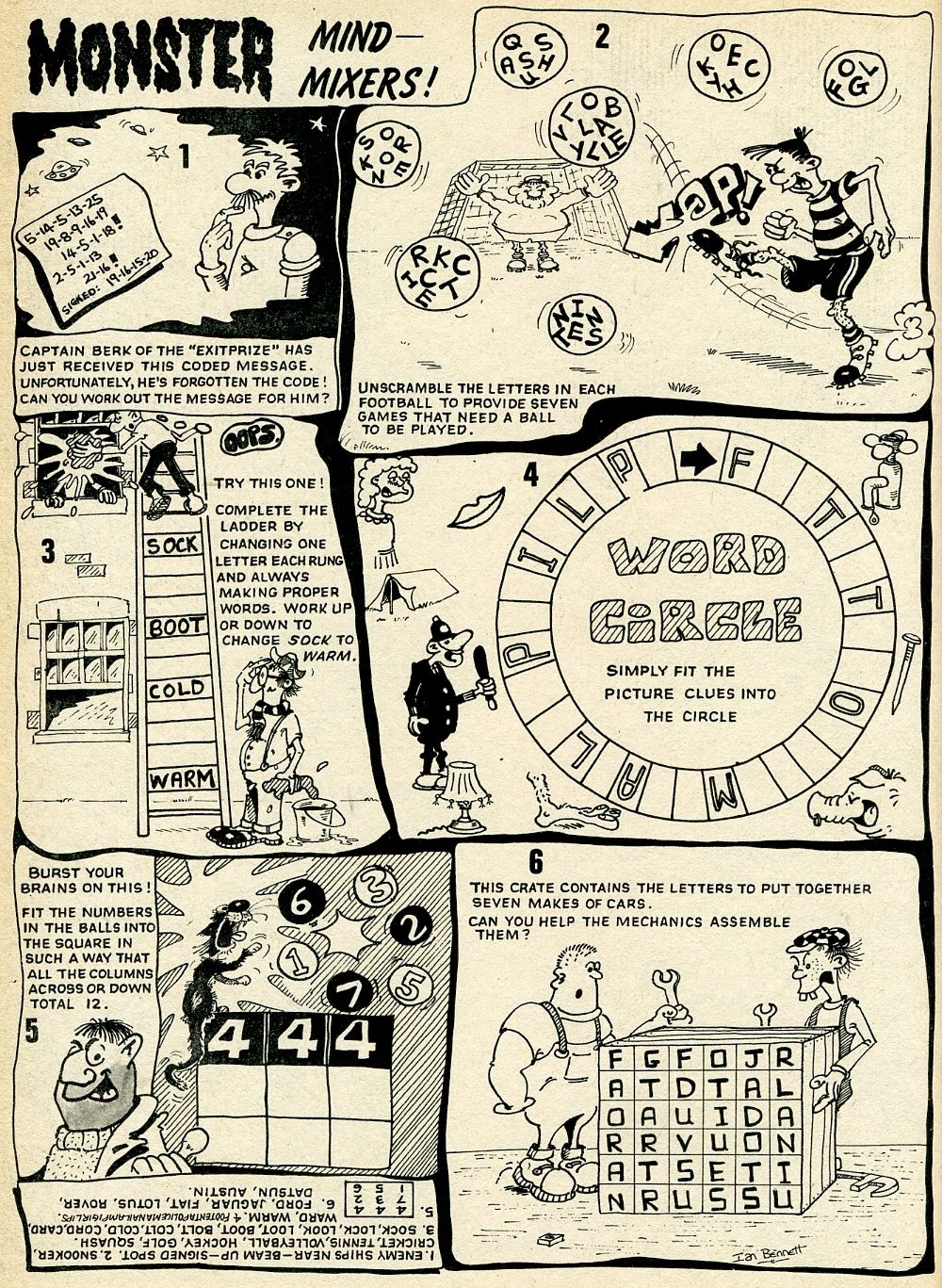 ..and the other one is Arthur-with-an-illegible-surname, whose artwork has a more professional look about it but is rather simple. Can anyone decipher his surname for me please? 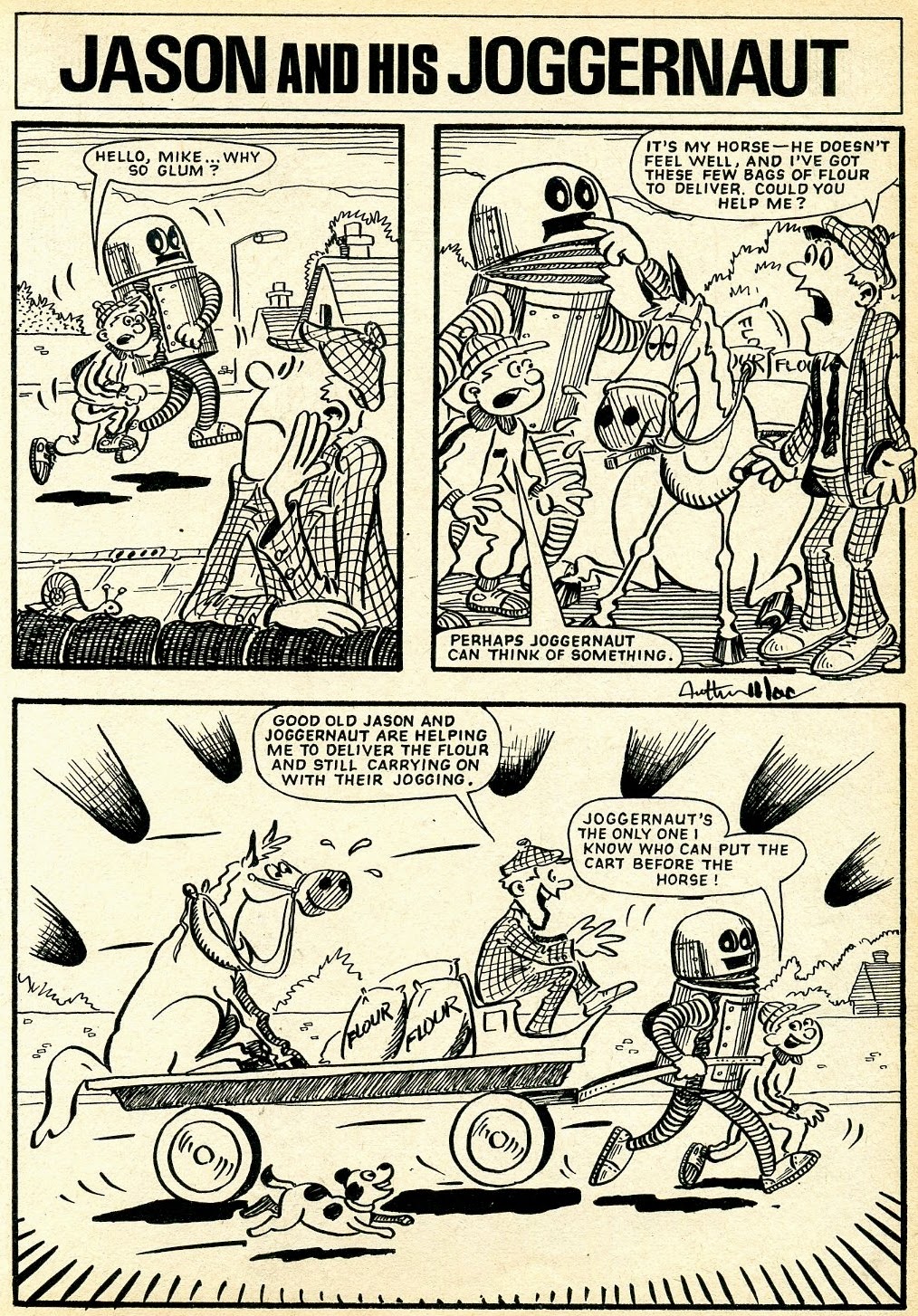 Grimly Feendish was a strip whose home comic was SHIVER AND SHAKE. How it ended up in a MONSTER FUN book is a bit of a mystery to me. The set in which the rottenest crook in the World is banned from the museum and disguises himself as an Egyptian mummy to get inside is illustrated by Paul Ailey:

Terry Dactyl Stone Age Detective looks like it has been drawn by Mike Brown but I am unsure if it is new material or a reprint; here are the first two pages: 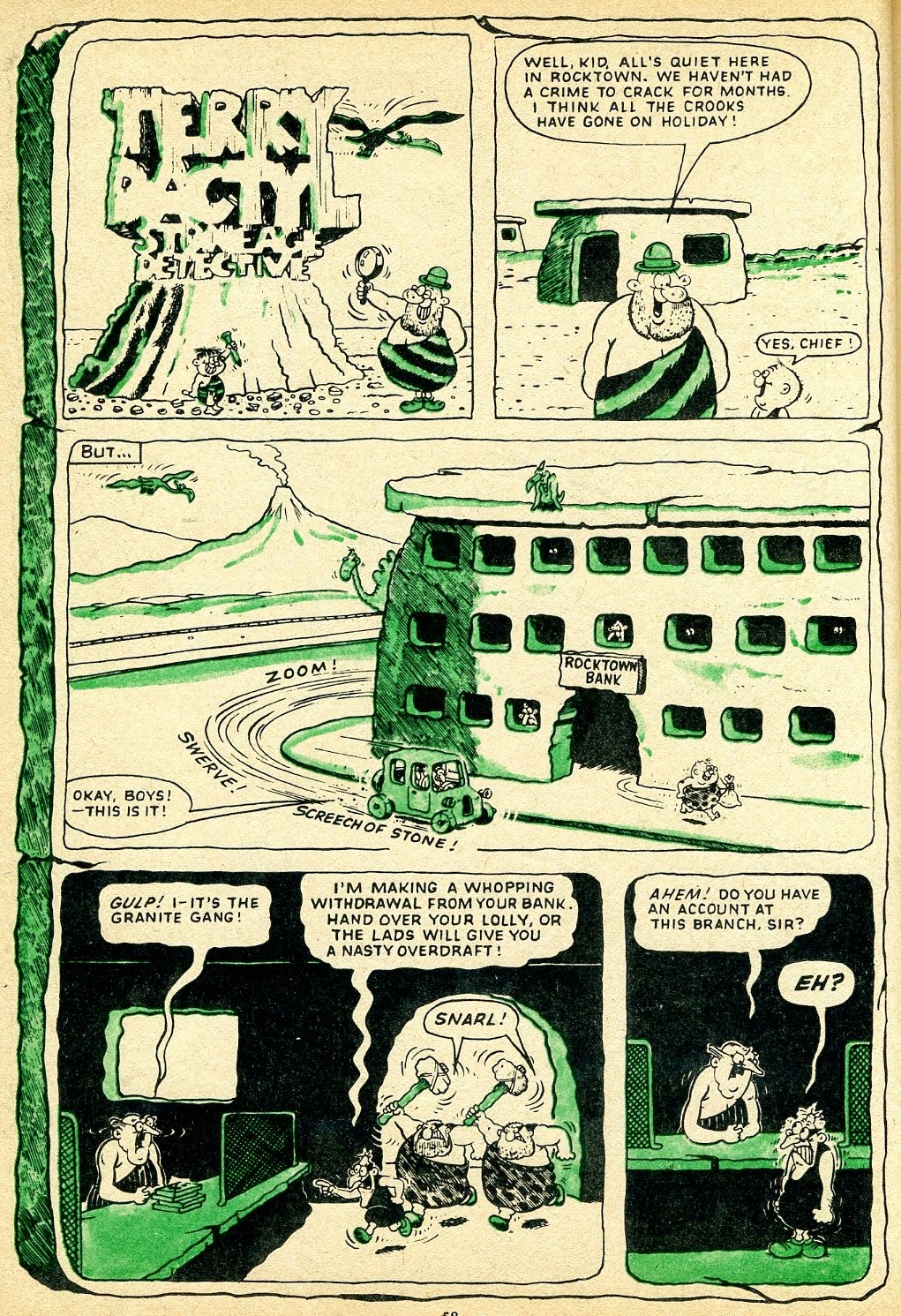 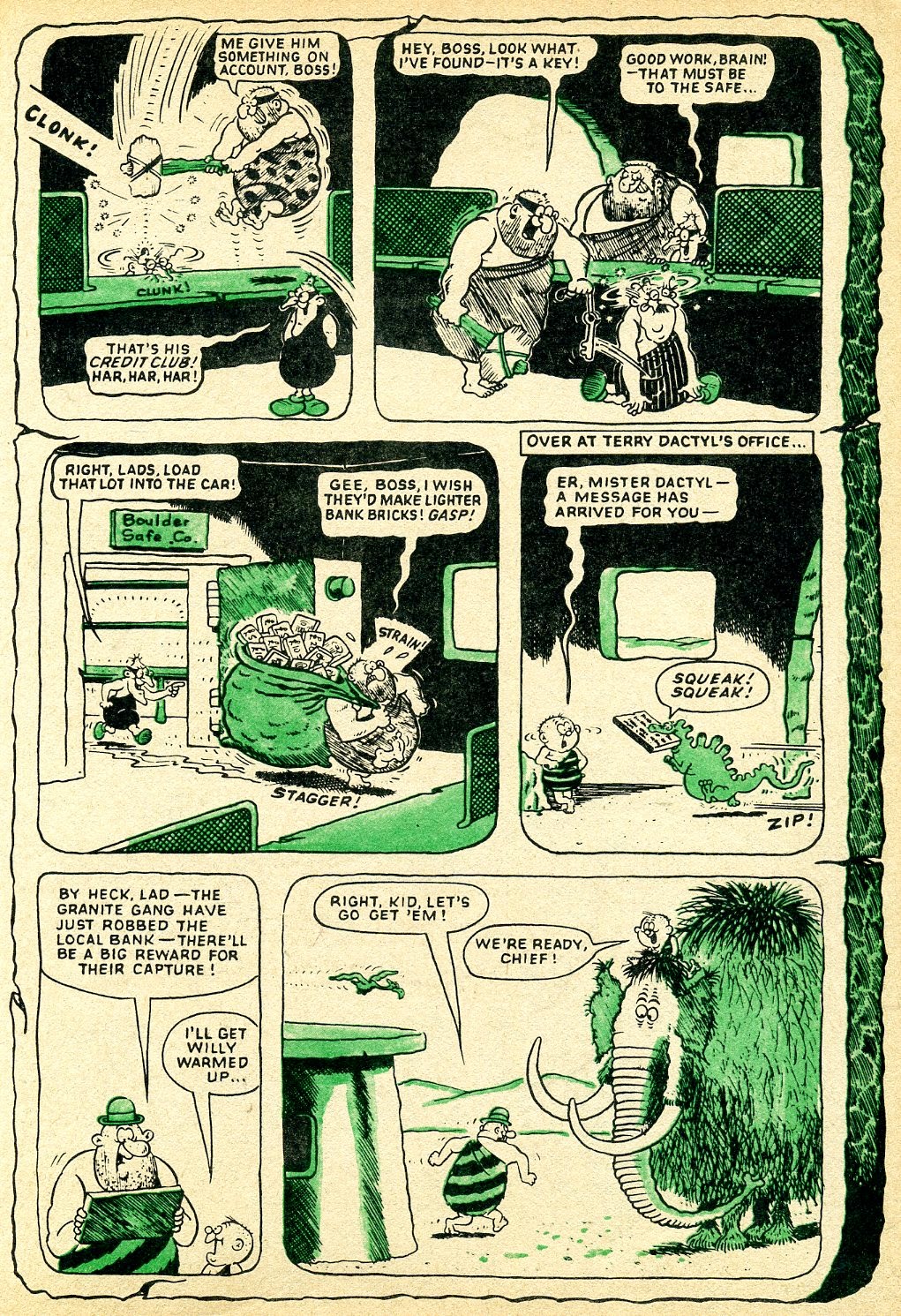 Fun Wars occupied 10 pages and was the longest comedy strip in this Annual. Jasper Kreep loves making people miserable and wages a war on every kind of fun. His opponent is Tommy Titter, a TV Comic and a secret agent for the Ministry of Fun. In this action-packed tale Jasper Kreep interrupts a football match:

… and messes up a holiday camp:

… before Tommy Titter gets them:

All Images 2015 © Egmont UK Ltd.  All rights reserved. Used with permission.
Posted by Irmantas at 8:13 AM