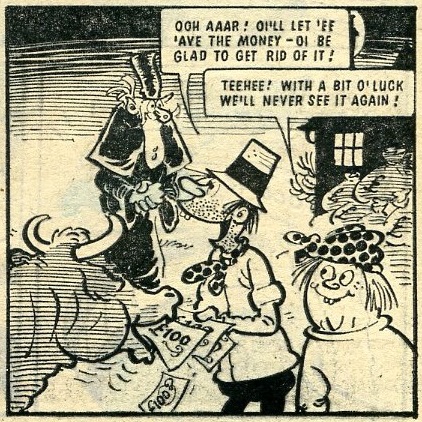 The filthy-rich Bumpkin Billionaires were among the least-likely candidates to show up at Scream Inn in hope to win a million. On the contrary – they worked hard every week devising crazy schemes to get rid of some of their enormous wealth they had won in the lottery in the first issue of WHOOPEE!

Nonetheless, they did appear in Scream Inn strip, but in the capacity of finance providers rather than guests of the haunted inn!

The comedy of Bumpkin Billionaires was that the family’s efforts to waste money inevitably backfired, making them even wealthier than before. That week they had to endure two disappointments – one in Scream Inn, illustrated by Brian Walker, and one in their own strip, illustrated by Mike Lacey. Both episodes are from Whoopee! issue No. 124 cover-dated 7th August, 1976. Enjoy! 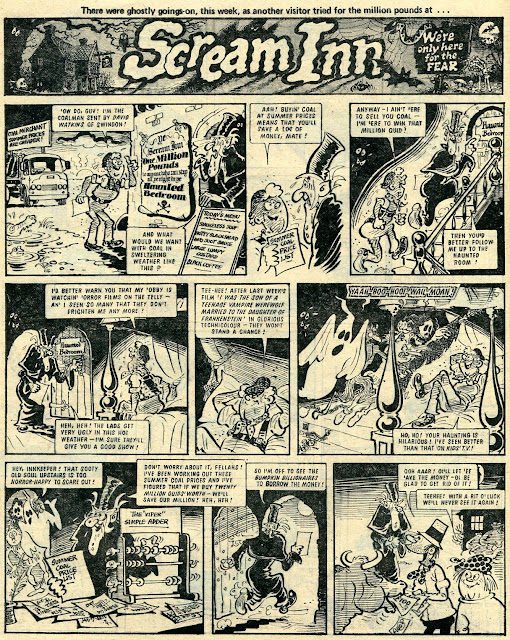 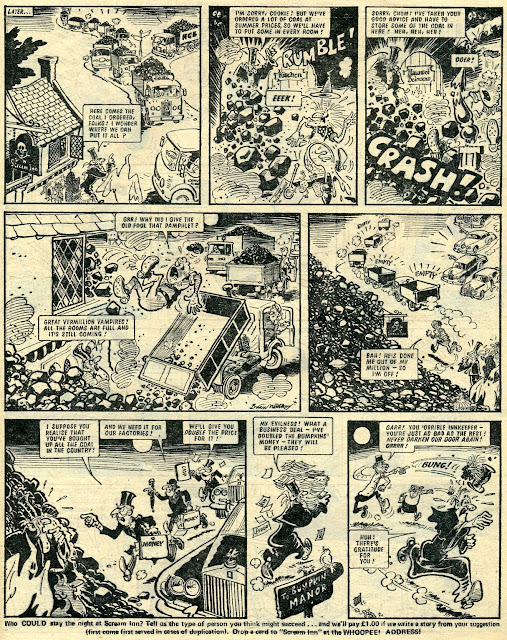 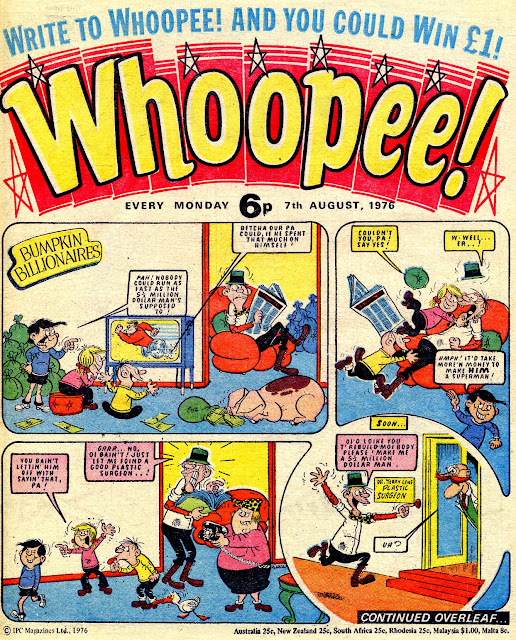 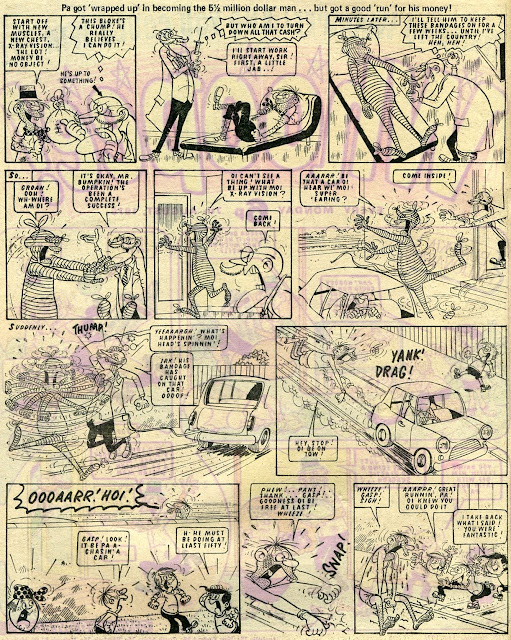 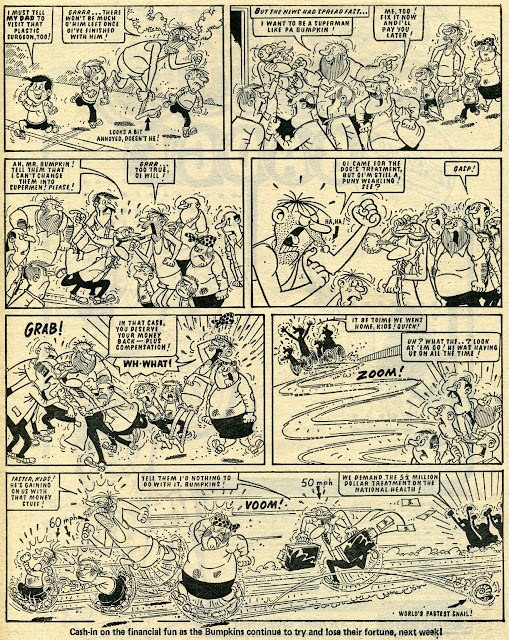