THE CHRISTMASES OF SWEENY TODDLER – PART ONE 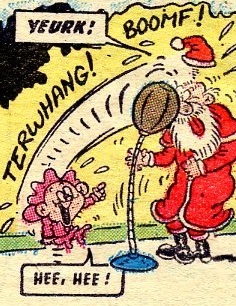 Sweeny Toddler the infamous demonic baby first appeared in the first issue of SHIVER AND SHAKE in March 1973. The paper lasted for less than two years, so there was only enough time for one X-mas episode of Sweeny Toddler. Script and artwork by Leo Baxendale: 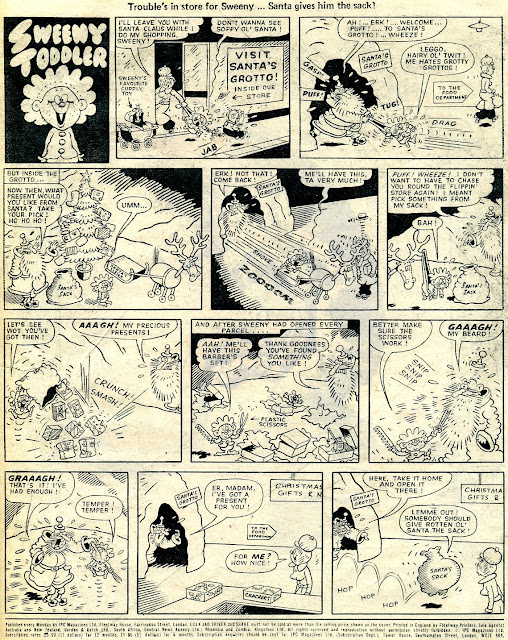 SHIVER AND SHAKE was merged into WHOOPEE! in October 1974. It sounds quite surprising, but Sweeny didn’t make a straightforward leap to the new combined comic. It had to prove its strength by participating in a poll: WHOOPEE! editor selected 8 strips and invited readers to vote in a Pick-A-Strip competition that ran in the Autumn of 1974. Sweeny was declared victor in WHOOPEE! AND SHIVER & SHAKE cover-dated 22nd March, 1975, and his regular appearances recommenced a week later. This means that Sweeny Toddler would have missed the X-mas of 1974 even if WHOOPEE! hadn’t been affected by industrial action in the end of that year and the X-mas issue of the paper  had been published (WHOOPEE! missed the last week of 1974 and the first two weeks of 1975).

Leo Baxendale stopped drawing Sweeny Toddler in June 1975, and was succeeded by the excellent Tom Paterson who imitated Mr. Baxendale’s style very well indeed. Here are the next three festive episodes from the 1975, 1976 and 1977 X-mas issues of WHOOPEE! : 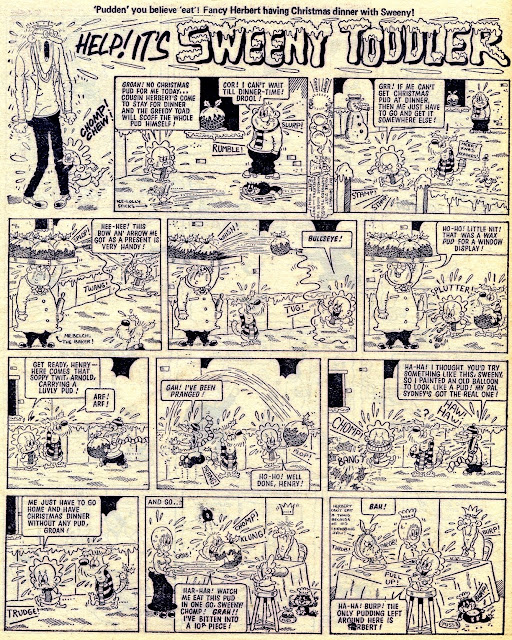 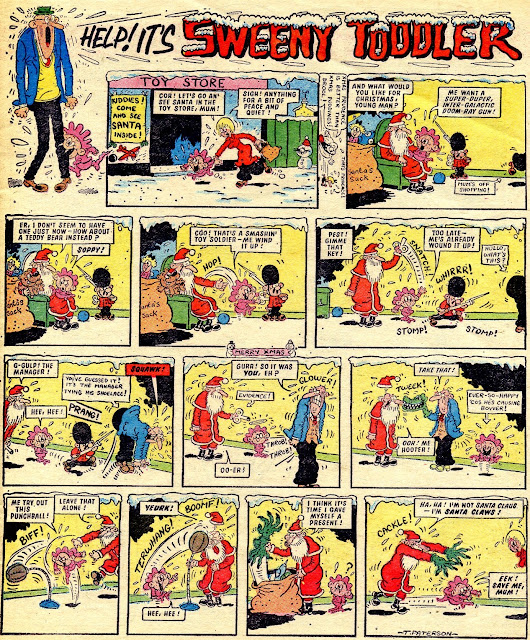 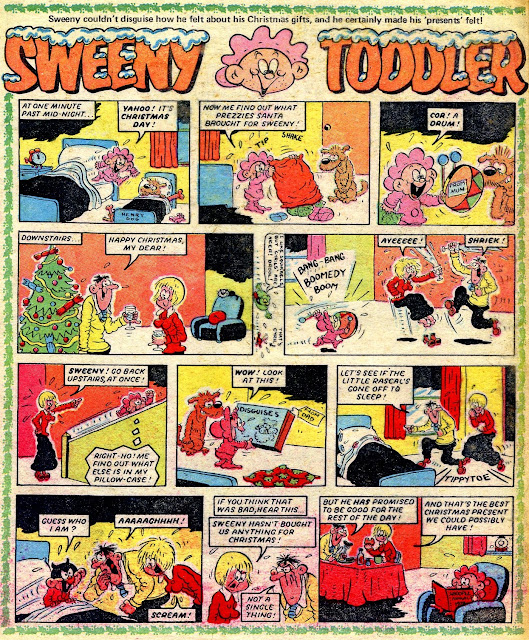 Come back soon for more X-mas stories featuring the little pest!
Posted by Irmantas at 6:55 PM