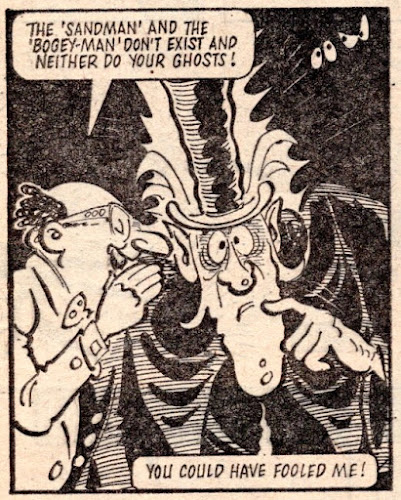 Here comes the third - and final - part of Scream Inn guestbook, documenting who and when called at the spooky establishment in 1977 in a bid to win the prize of a million quid. 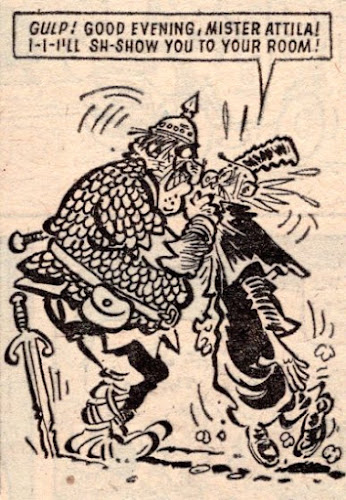 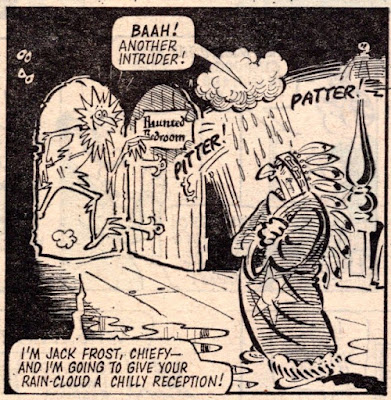 February 26, 1977     · Sidney the Spider – a reader nominates one of the in-house spiders as candidate for the grand prize: 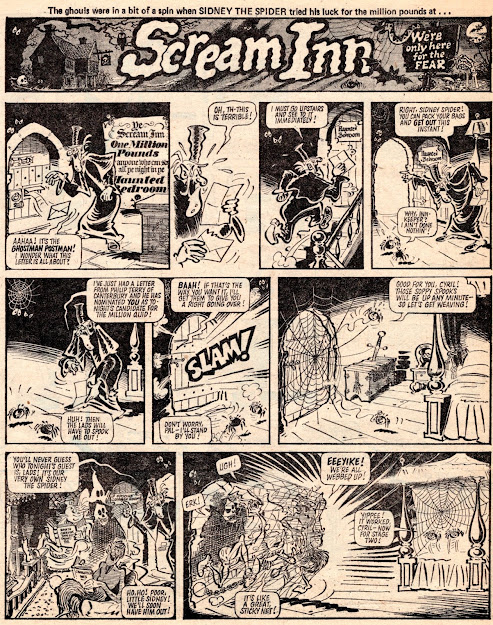 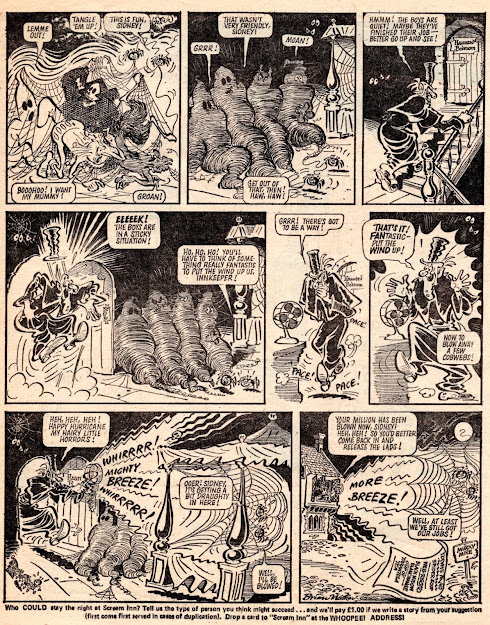 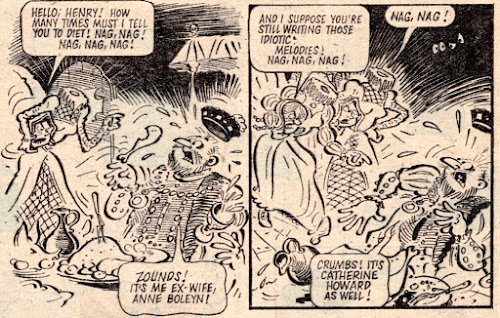 March 19, 1977          · William Shakespeare – the greatest playwright of all time ends up writing for WHOOPEE! The episode has the last invitation card for readers to suggest a character to spend a night in the haunted bedroom. I like the frame of the card, with the portraits of the Scream Inn Gang. I don't think I've come across the name of the Union-Jack centipede anywhere else - turns out he went by Longfellow (see the bottom of the frame): 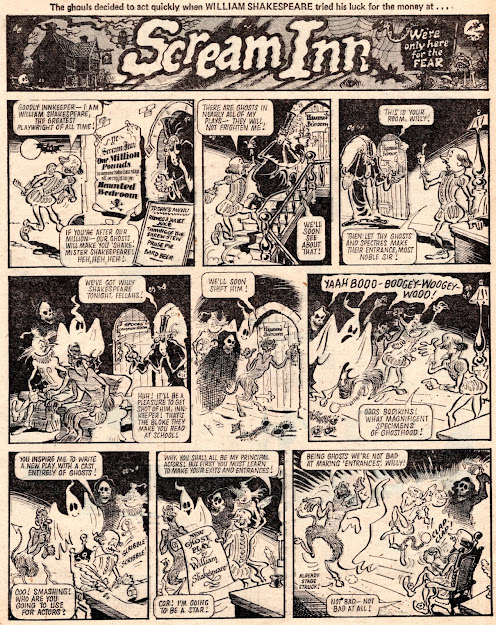 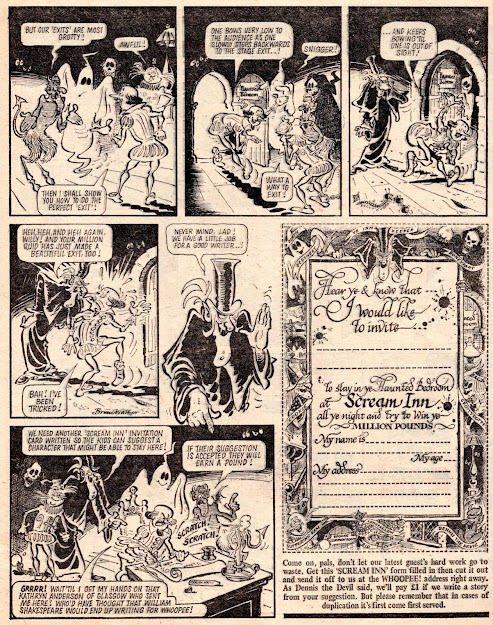 March 26, 1977          · A Speaking Grandfather Clock– this was one of the most unusual characters to call at the Inn… The Scream Inn’s own grandfather clock offers his advice how to get rid of the old tick-tock. 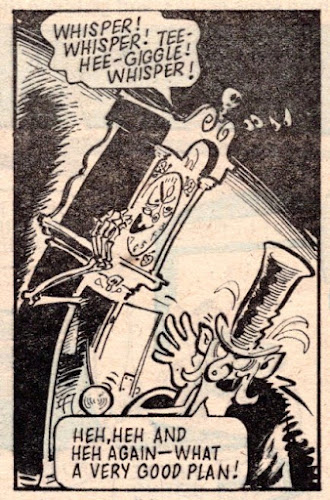 April 16, 1977            · Thumpty Dumpty. In this Easter episode Humpty Dumpty’s descendant meets his very old ancestor and glues himself inside the broken nutshell in the process of putting it together. 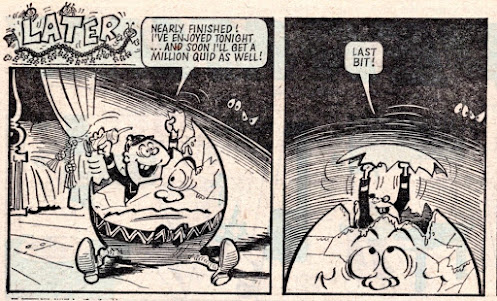 April 23, 1977            · Professor Nuttymug, builder of the ghost exterminating machine. Scream Inn’s own Iron Maiden Irma (who was known as Old Agata in the SHIVER AND SHAKE run) saves the day. In the first panel below Bertie calls the contraption ‘box of tricks’. Brian Walker’s fans will know Boxatricks – a strip that he illustrated in BUSTER comic, but it didn’t start before August 1979. 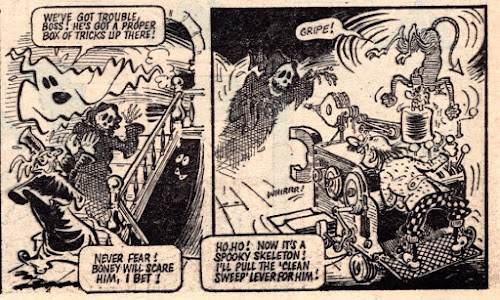 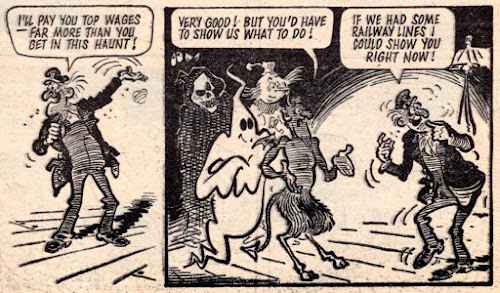 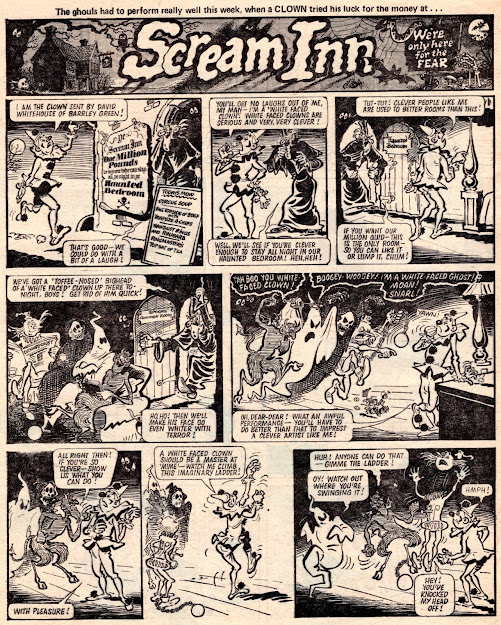 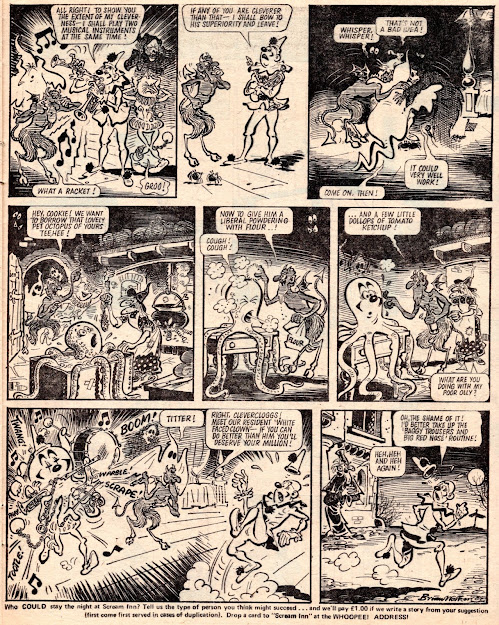 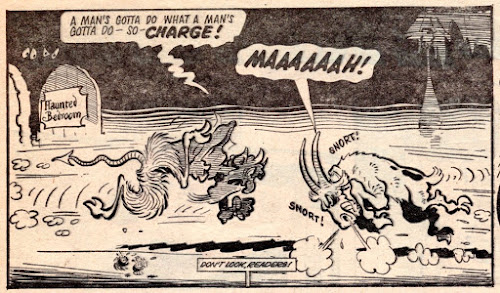 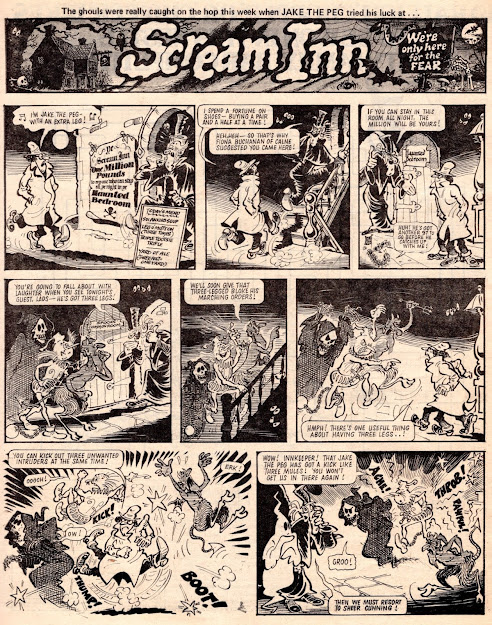 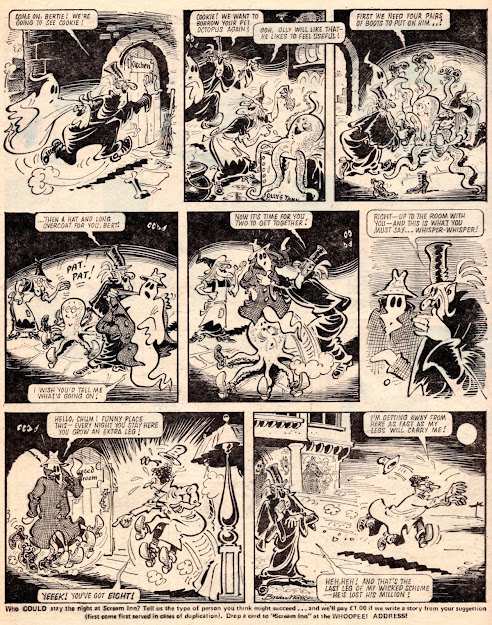 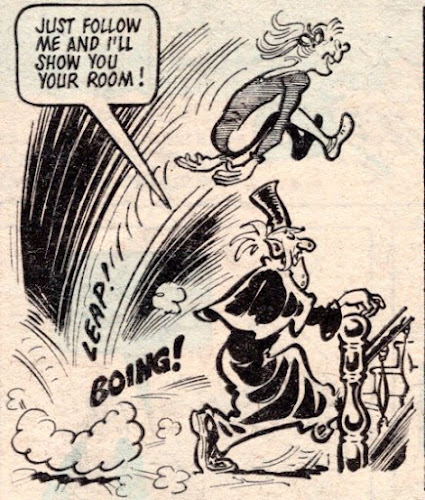 September 3, 1977     · Lad Who Bends Things and Makes Them Move Just by Concentrating

September 24, 1977   · Giant Snail - a heavily-armed man-operated Mechanical Job. It reminds me of one of the monsters in Major Jump Horror Hunter strip in MONSTER FUN COMIC… 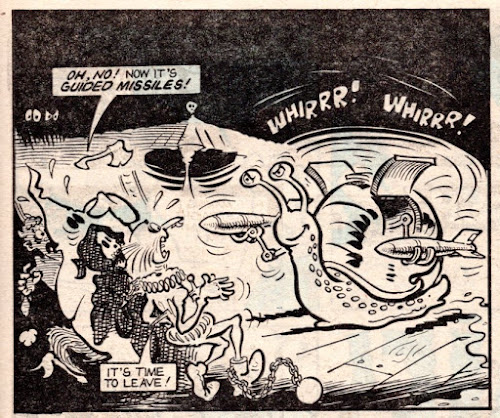 October 1, 1977         · The Innkeeper wins one million pounds. It was the last of the 153 weekly two-pagers in WHOOPEE! comic. Scream Inn gang returned a week later in a new strip called Spooktacular 7 that lasted 42 episodes, till WHOOPEE! cover-dated 22nd July, 1978. Most of the original magic had gone but Brian Walker’s brilliant artwork still made Spooktacular 7 shine, and I plan to cover it in my next blogpost, which hopefully won't take me long to compose. In the meantime, here’s the last episode of Scream Inn: 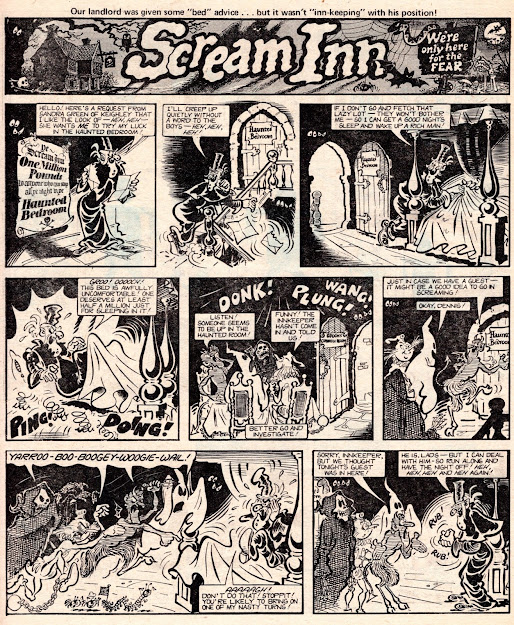 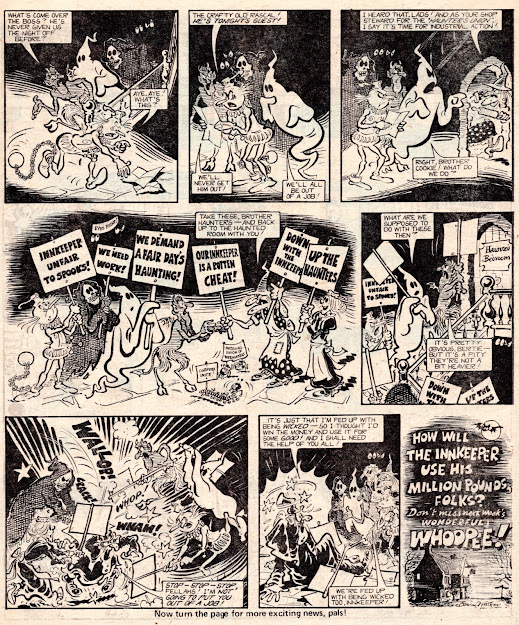