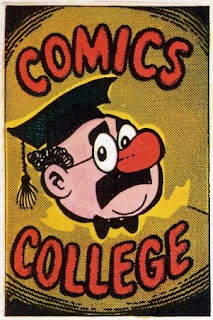 Comics College was a boys’ school where pupils came to be trained as ‘comics for the telly, films and the theatre’, although in fact it looked more like a school for circus clowns. In the first episode we find out that in this strange college students are expected to play pranks and tricks on the Teacher, and failure to do so (e.g. failure to put drawing pins on Teacher’s chair) incurs a punishment, such as writing a thousand times ‘I must remember to put drawing pins on Teacher’s chair’. The Teacher would immediately cancel the punishment upon finding out that he has a ‘Kick Me’ sticker on his behind, courtesy of the students.

Professor Gigglepot’s (whose name was only revealed in the final episode) job was to teach ‘his comical kiddiwinkies’ all sorts of clown stuff. As a result of his teaching efforts, Sir often found himself on the receiving end of different humorous situations. 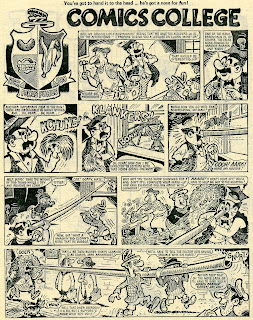 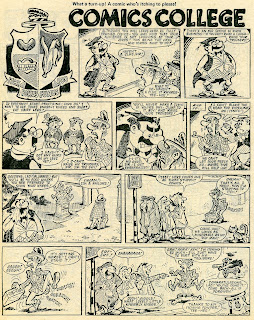 Comics College had a short run in SHIVER AND SHAKE issues No. 2 – 24 (except in Nos. 8 and 22). It was part of Shake section and was illustrated by Cliff Brown whose Timothy Tester from Whizzer and Chips looked a lot like one of the students. The strip was given a proper ending in the last episode in which Professor Gigglepot handed-out prizes to his best students and left for a new job in the Government: 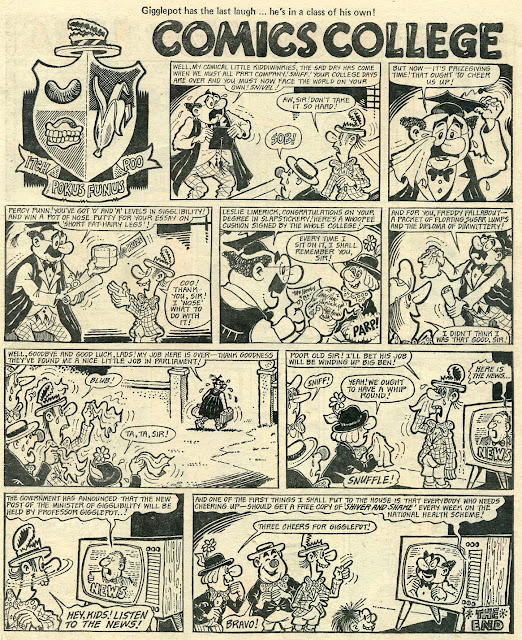