SHIVER AND SHAKE ITEMS AT AUCTION


I’ll take a short break from looking at individual strips in Shiver and Shake and do a quick post about two Shiver and Shake-related sales in the recent Compal Auctions. Two lots were on offer. The first one was described and illustrated as follows: 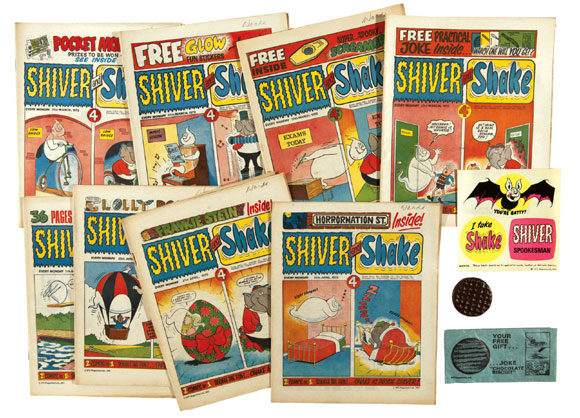 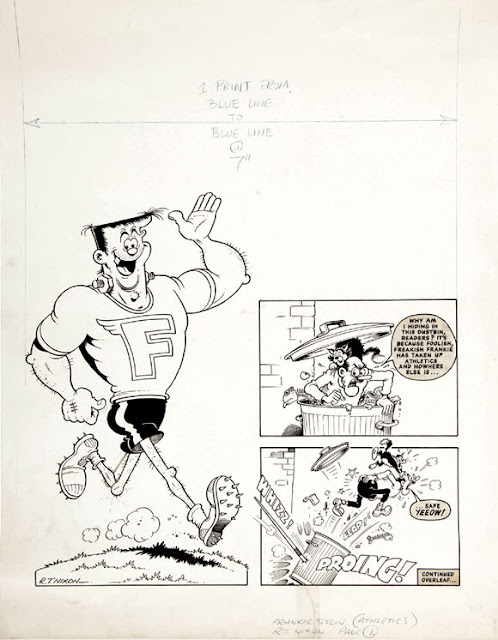 I would have expected the auctioneers to know their stuff, but in this case the description wasn’t accurate. The artwork was in fact for the front cover of the last ‘big news’ issue of Shiver and Shake, so it is from the mid-7os, not the early 1980s and belongs to SHIVER AND SHAKE rather than WHOOPEE!

Note that the panels have been rearranged in the printed version. Since the original artwork appears to be uncut, it looks like IPC photocopied the sheet and then cut it to arrange the panels as they saw fit. 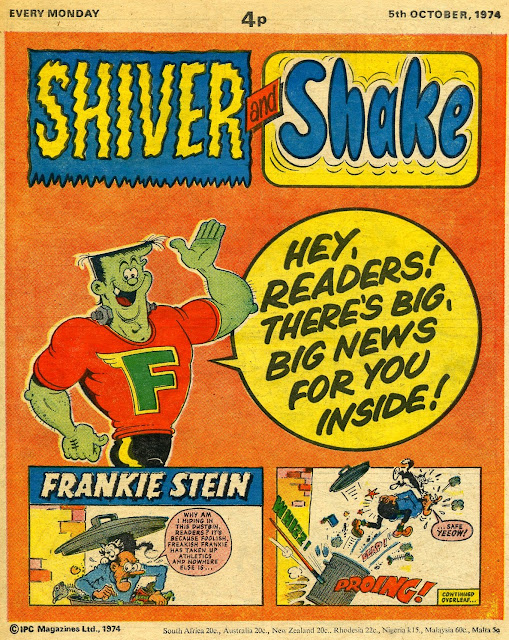