A LOOK AT SHIVER & SHAKE STRIPS: THE TERRIBLE TRAIL TO TAGGART'S TREASURE


The Terrible Trail to Taggart's Treasure was the second adventure serial and competition in SHIVER AND SHAKE after Who’d Kill Cockney Robin, and a much better one too. The suspense tale is about the terrifying adventures of Clive and Angela Mason and their Uncle Brett on sinister Skar Island. Here is how the story began in SHIVER AND SHAKE issue No. 14 (June 9, 1973): 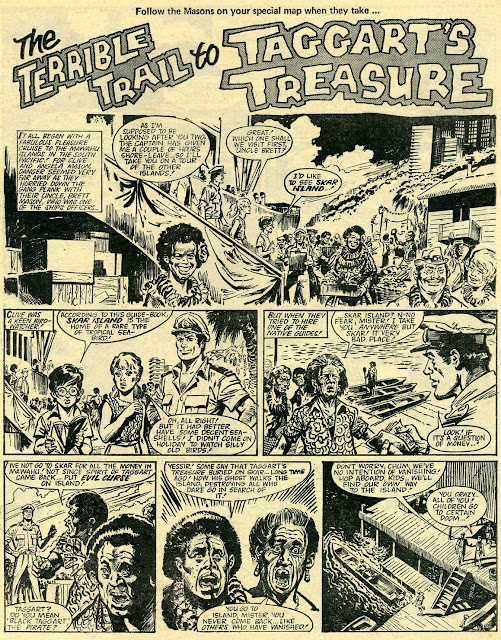 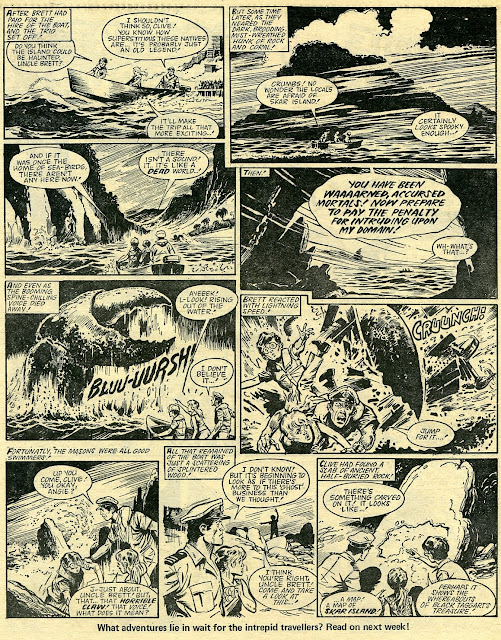 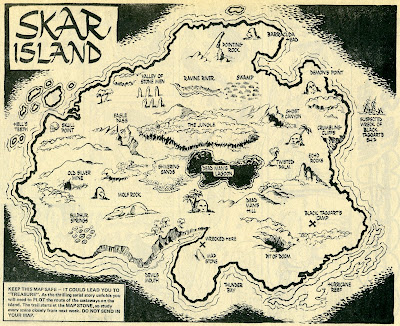 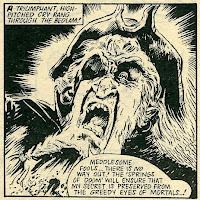 The stranded trio decide that the map must have been carved by Black Taggart, the pirate whose ghost is supposed to haunt the island. The map doesn’t have a mark indicating the spot where the treasure might be buried but Angela is still eager to try and find it. Uncle Brett suggests they’d better look for a way to get back to their liner before it puts out to sea again. Walking about the island they soon begin to realise why Skar Island has such an evil reputation – there is no sign of life and the scenery is dotted with huge stone statues that look like glaring guardians daring anyone to come too near. All hell soon breaks loose when a glowing ghostly figure of Black Taggart begins to intimidate the intruders. 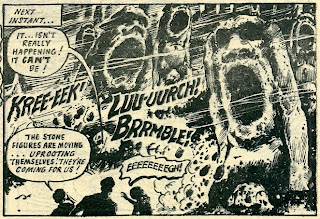 They are attacked by a giant rock that comes to life as a nightmarish beast and chases them into the roaring wilderness of hissing geysers – the Springs of Doom. They escape into an old mine but the tunnel caves-in behind them and water gushes from solid rock threatening to drown the fugitives. They make it out alive through a crack in the roof-rock. Wandering without a sense of direction, the Masons find themselves in a valley and get attacked by giant stone figures that suddenly uproot themselves and come for them, firing boulders from their mouths. 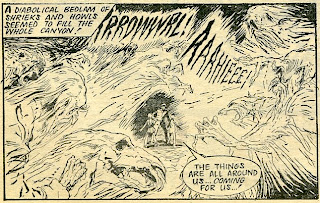 Running away, they reach the edge of a deep ravine and jump into the roaring current that washes them to a swamp where Angela is attacked by giant cannibal plants. During all these adventures the Masons continue to be harassed by the menacing Black Taggart but although the dangers around them are very real, they get increasingly suspicious of the phantom's nature. The Masons finally find themselves in Ghost Canyon where amidst the chaos of howling and shrieking Uncle Brett demonstrates that the ominous figure is actually a visual manipulation created with the aid of a slide-projector.

The Masons realise they are not battling against something super-natural and the young Clive Mason finally reveals the secret in issue No. 22 (August 4, 1973): 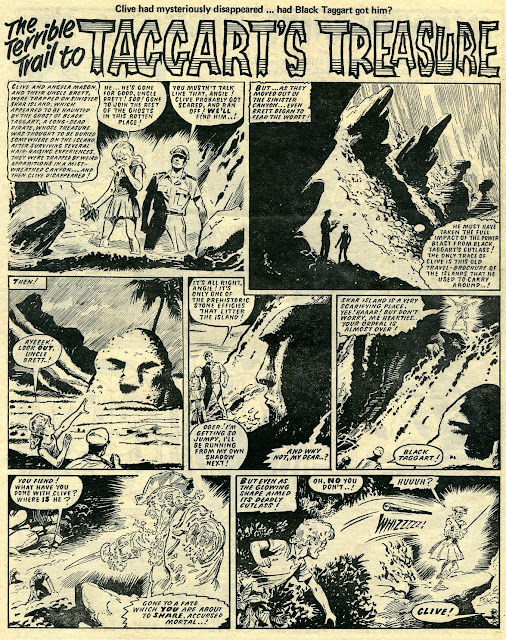 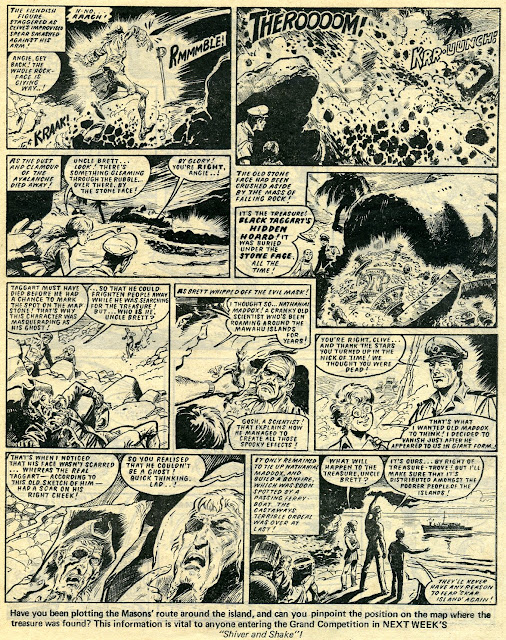 The Terrible Trail to Taggart's Treasure was illustrated by Eric Bradbury and started in Shiver and Shake issue No. 14 (June 9, 1973) where it occupied three full pages (two pages for the story and one full page for the map of Skar Island). It then continued as a two-pager in issue Nos. 15 – 22 (June 16 - August 4, 1973). Competition was announced in issue 23 (August 11, 1973), offering the readers a chance to strike it rich by plotting the route of the Masons' travels on the map: 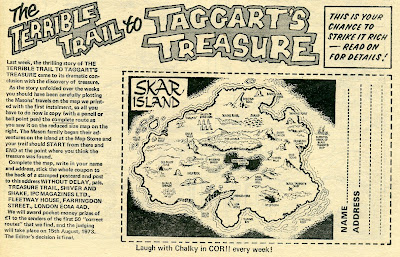 ...and names of the winners were published in Shiver and Shake issue 32 (13th October, 1973), alongside with details of the correct solution: 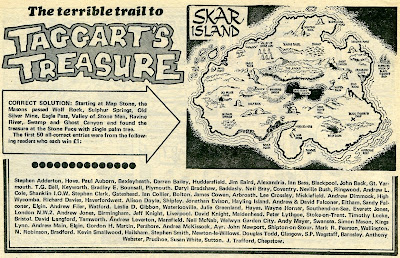 Five years later in the end of 1978 The Terrible Trail to Taggart’s Treasure was reprinted in CHEEKY WEEKLY comic. The reprint included neither the detailed map of Skar Island nor the challenge for the readers to retrace the route of the Mason’s travels. 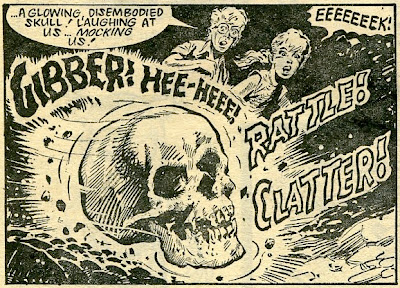 Email ThisBlogThis!Share to TwitterShare to FacebookShare to Pinterest
Labels: Eric Bradbury, Shiver and Shake, The Terrible Trail to Taggart's Treasure