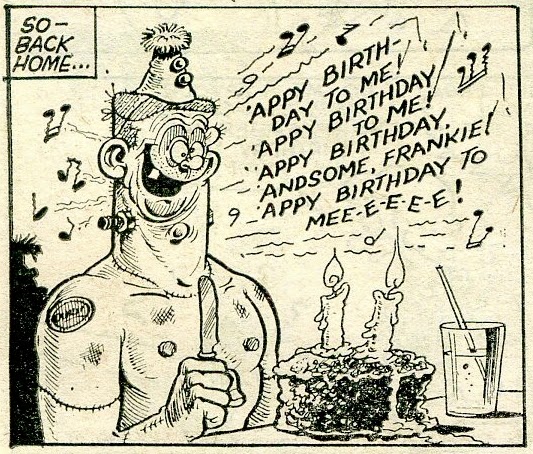 This week marks 50 years since the first appearance of Frankie Stein, one of the greatest characters in UK children’s humour comics. Ken Reid’s first creation after his departure from D.C.Thomson debuted in the 4th issue of WHAM! cover-dated 11th July, 1964 which went on sale this week exactly half-a-century ago. In this post I try to uncover the 'origins' of FS so let's start from the beginning: 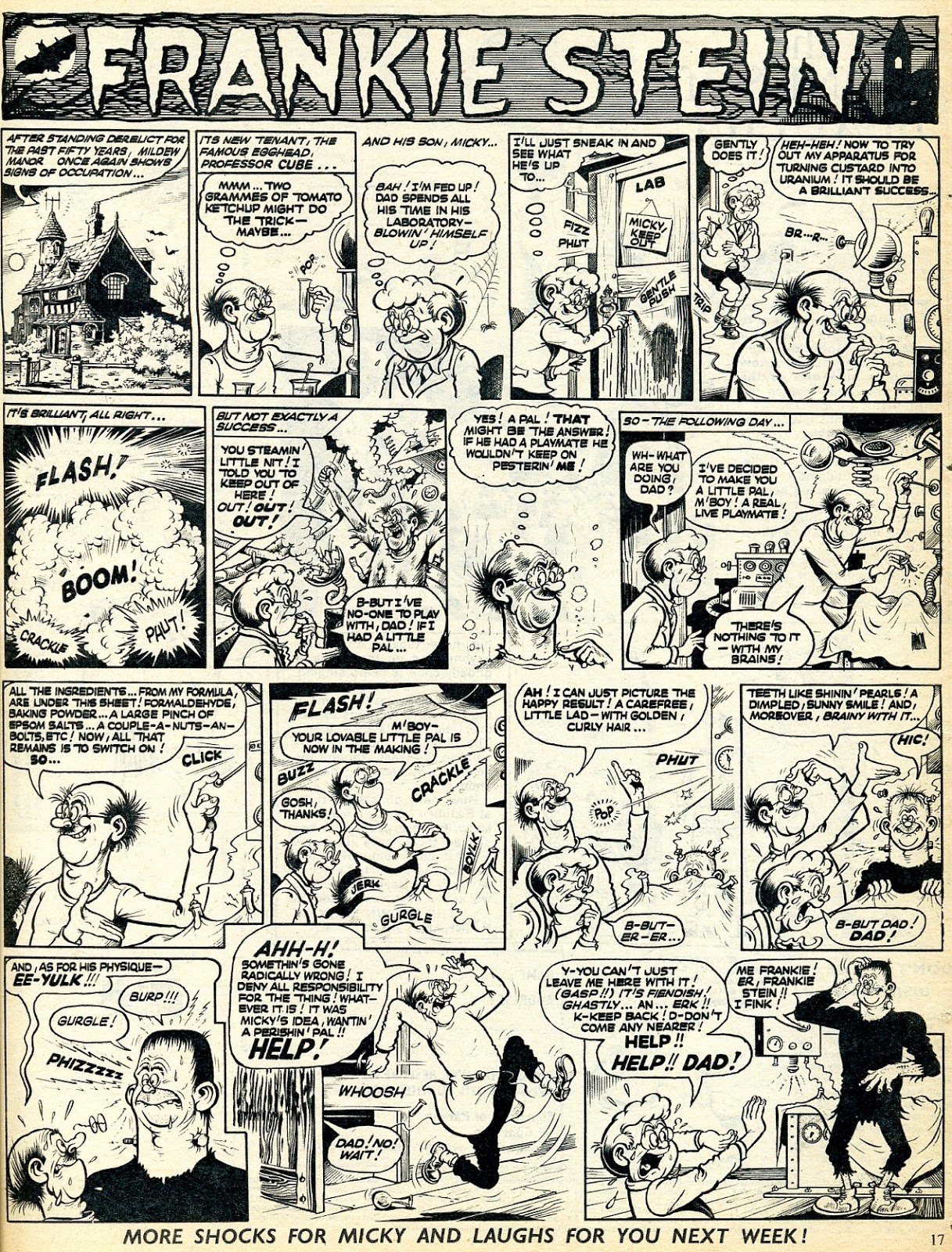 Those of you who followed my account of Shiver and Shake comic last year may remember the posts in which I looked at Frankie’s second incarnation. You can revisit them HERE and HERE. The Editor introduced the character in Shiver and Shake without bothering to explain where he came from but popularity of the friendly monster must have prompted the idea to tell fans the story of Frankie’s creation. Here is the second reinvented version of Frankie’s birth. Drawn by Robert Nixon, it is from the first combined issue of WHOOPEE! AND SHIVER & SHAKE dated 12th October, 1974. 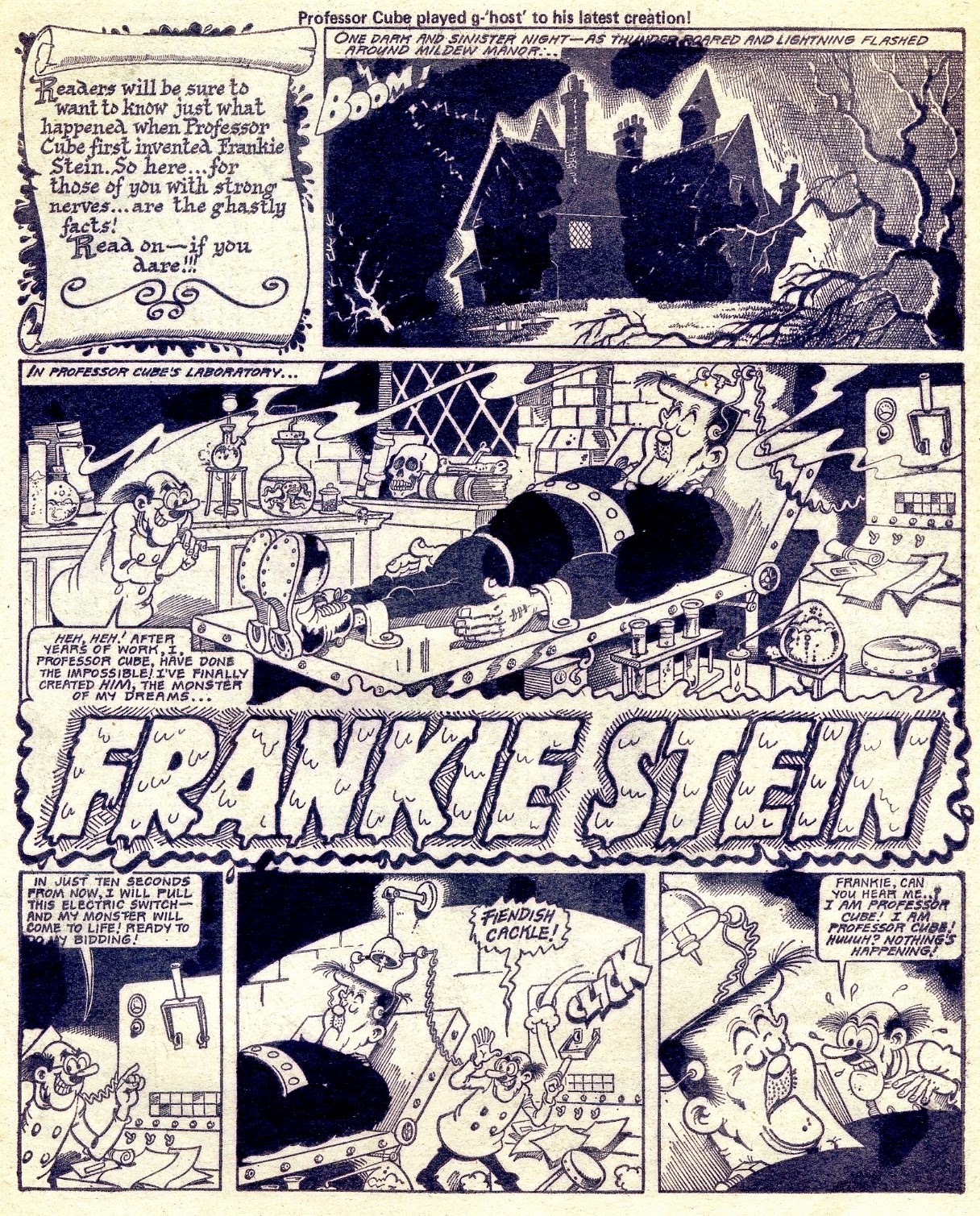 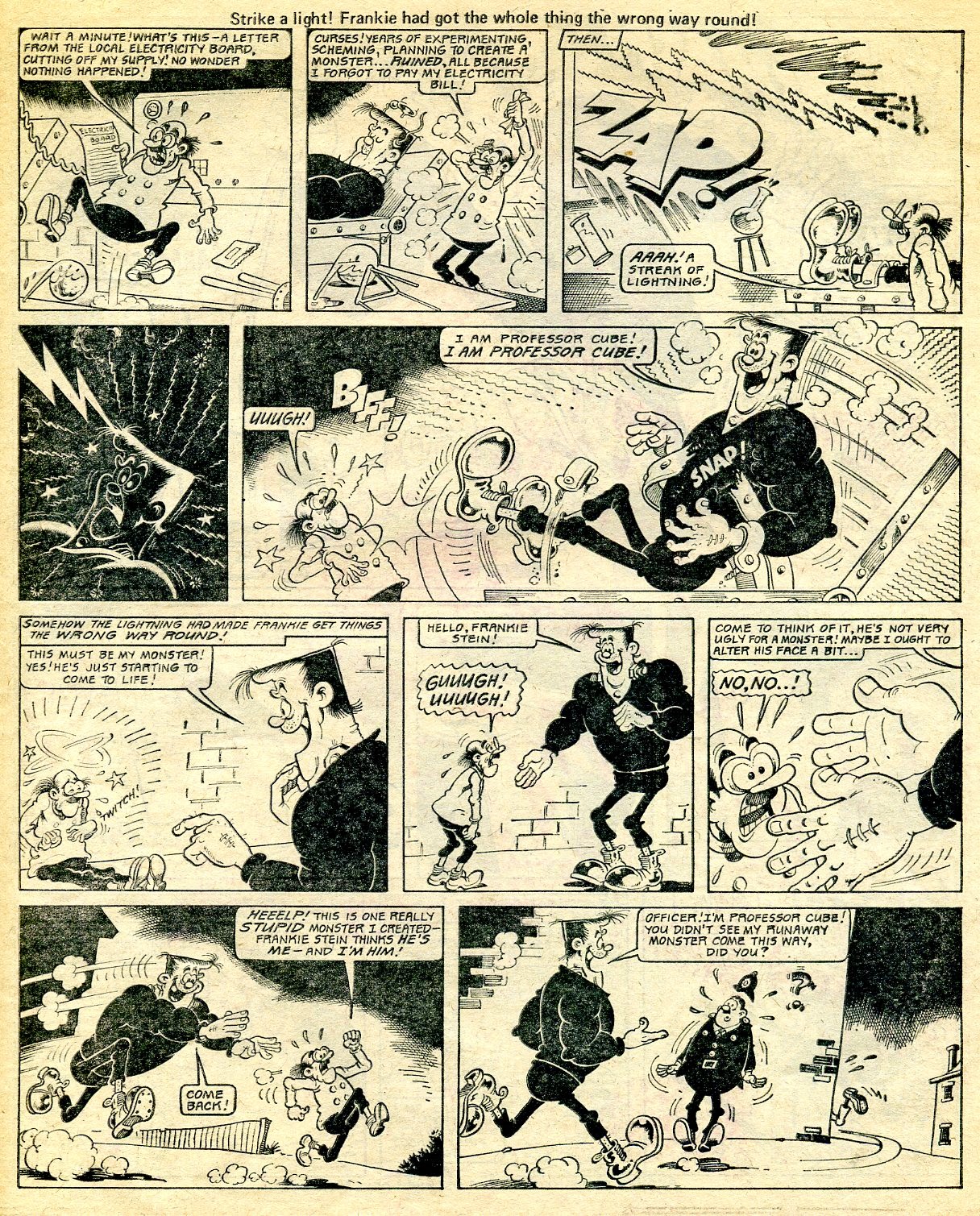 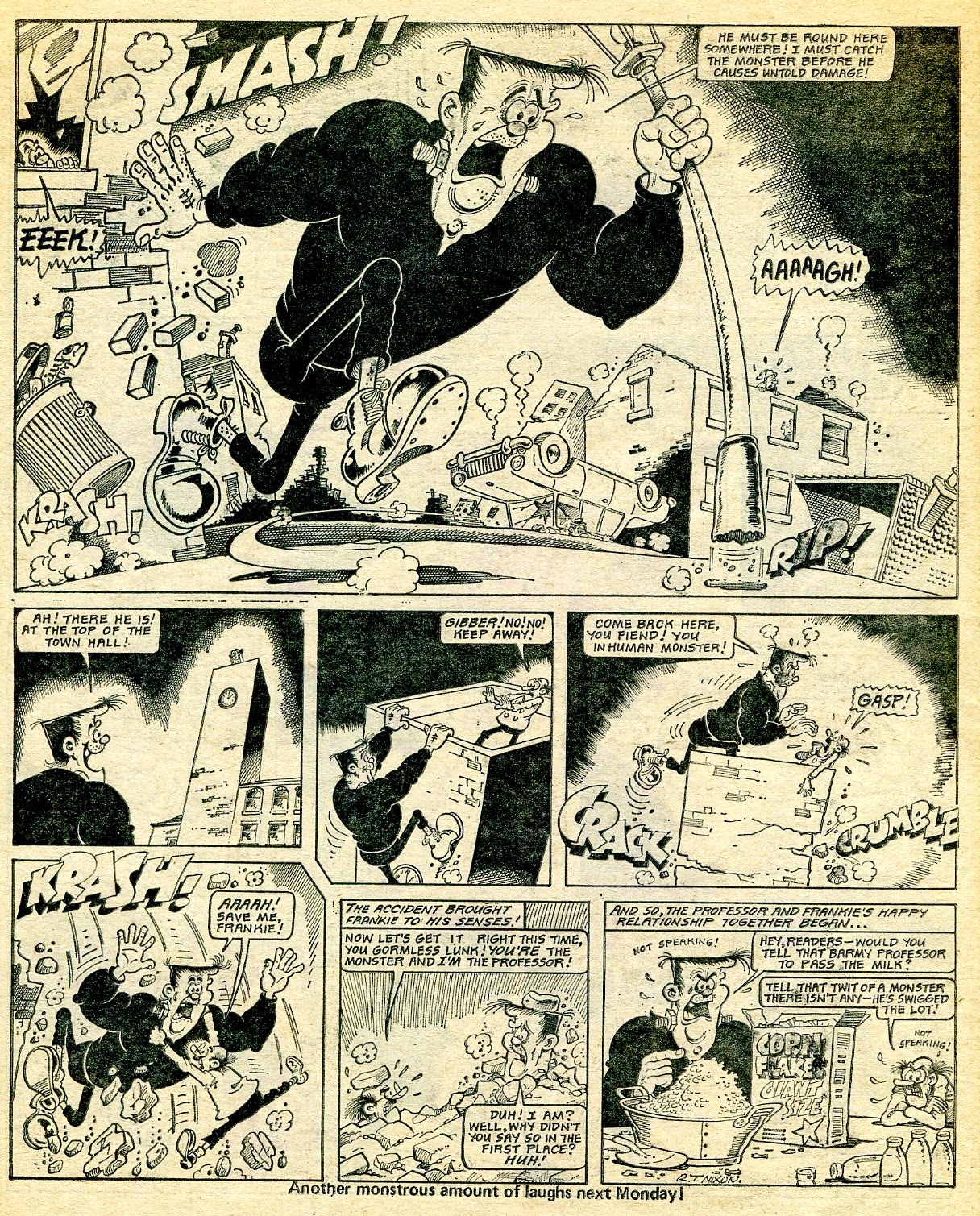 A year later Frank McDiarmid drew a 6-page story Professor Cube – Inventor! for the 1976 Whoopee! Book oF Frankie Stein in which he captured the flash of the creator’s inspiration: 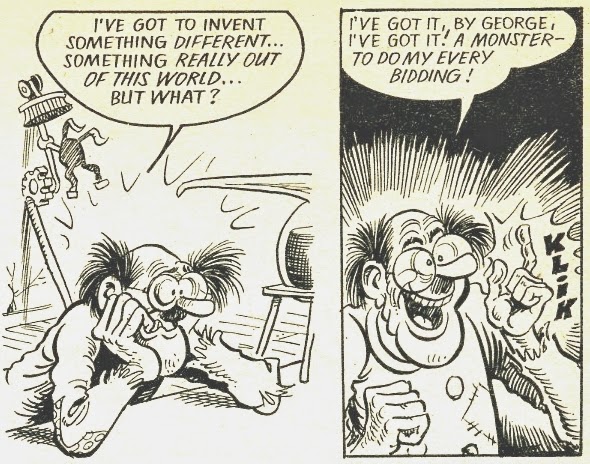 … and copied the panel showing the exciting moments before that dramatic streak of lightning which brought Frankie to life. Here are Bob Nixon’s and Frank McDiarmid’s panels side-by-side for those of you who are fond of spot-the-difference puzzles: 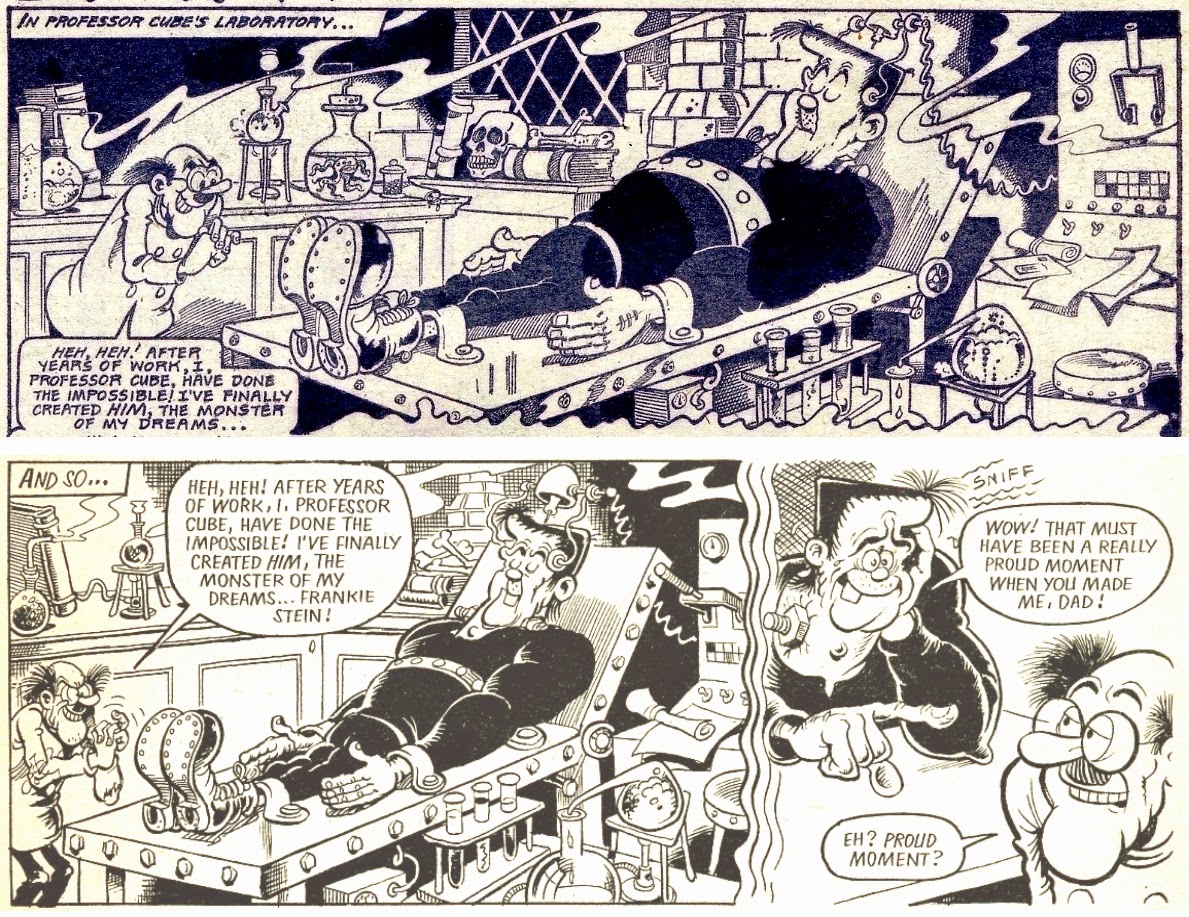 To celebrate this landmark anniversary, I will take a break from Monster Fun Comic and do a series of posts dedicated to the friendly monster (who, by coincidence, held a honorary position at Monster Fun). The Ken Reid version of Frankie Stein is my favourite one but the peak of the character’s glory was in the mid-70s and the early 80s when he was big enough for two editions of his own Whoopee! Book of Frankie Stein: 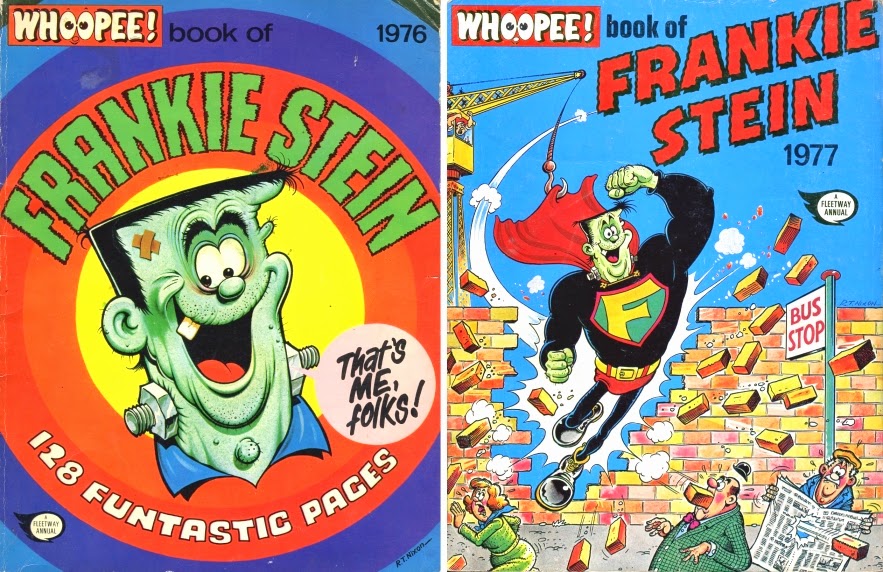 … and as many as eight Frankie Stein Holiday Specials: 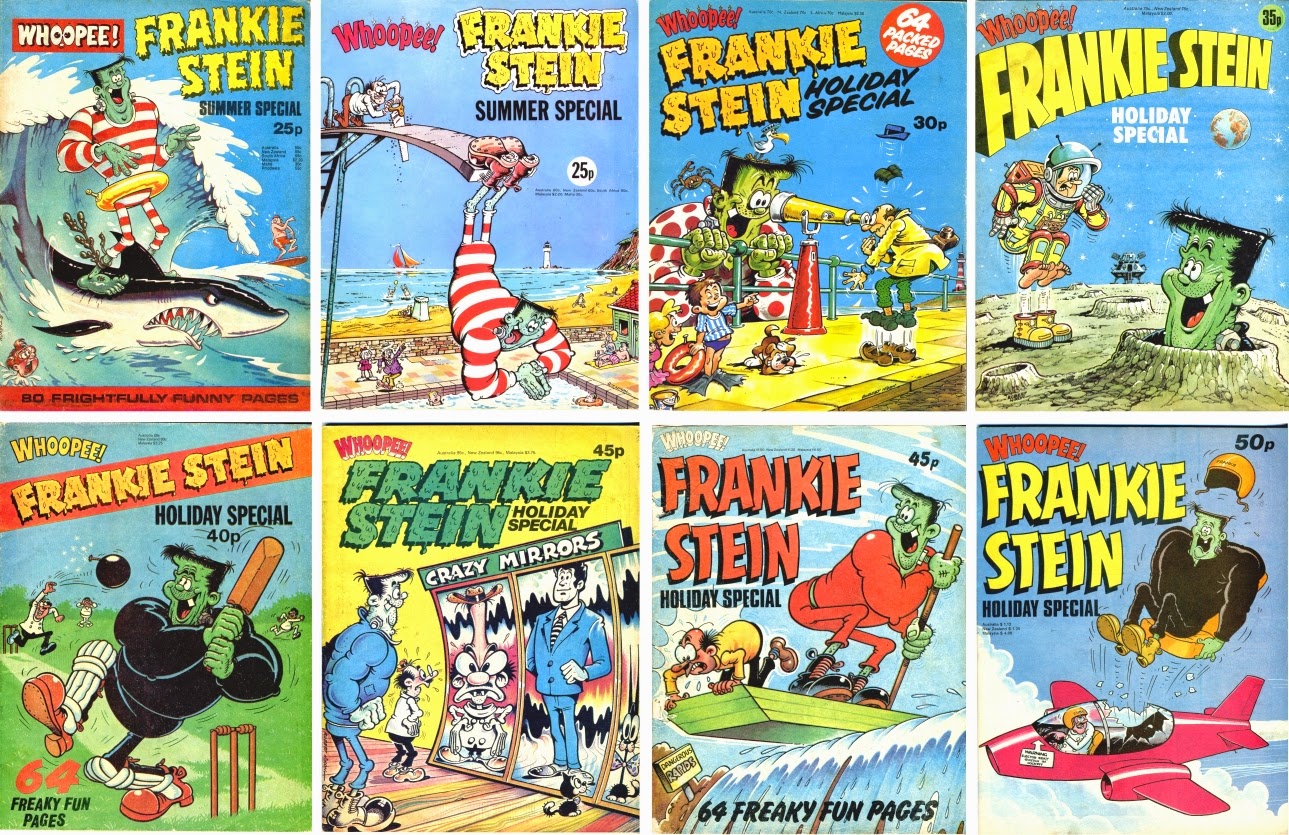 Brace yourselves for ten special friendly monster posts coming up!
Posted by Irmantas at 5:53 AM