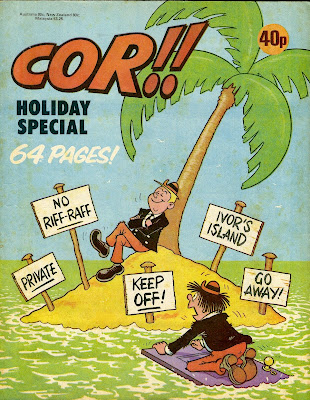 There were three one-offs in the this Holiday Special:

Puddin’ Tops stories were reprints of a strip illustrated by Terry Bave that appeared in the early issues of Whizzer and Chips. 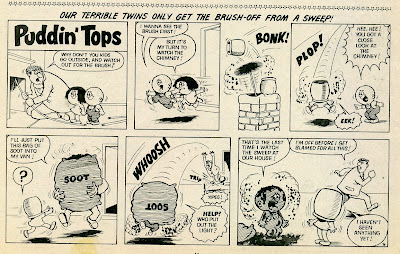 Beezz Neezz was a tale about a bee that suffered from a bad case of hay fever and couldn’t go near pollen. 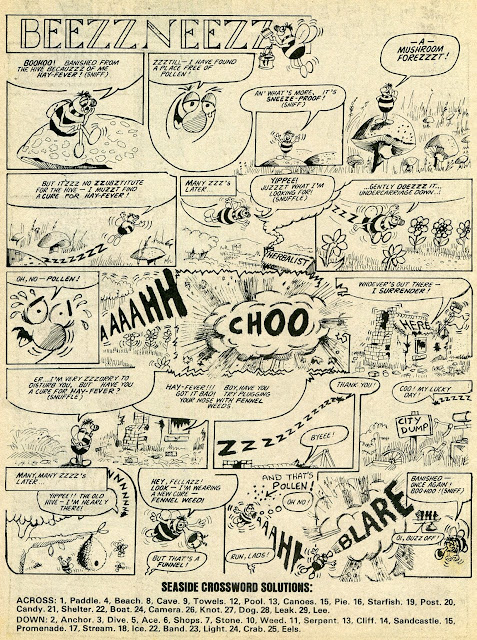 Blackpool in Space (illustrated and signed by Alan Hodge) was a ‘SF’ tale about a holiday resort of the future and a conflict of two rock manufacturers over secrets of making bars of rock. Here are all 4 pages of the story: 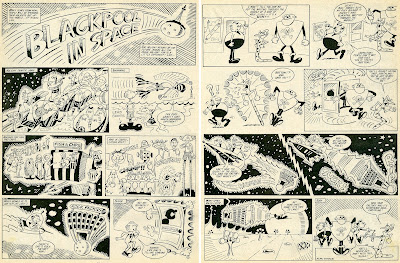 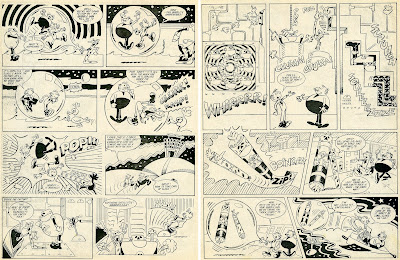