I recently received a small joblot of the Beano from the mid-fifties and found this early episode of When The Bell Rings in issue No. 630: 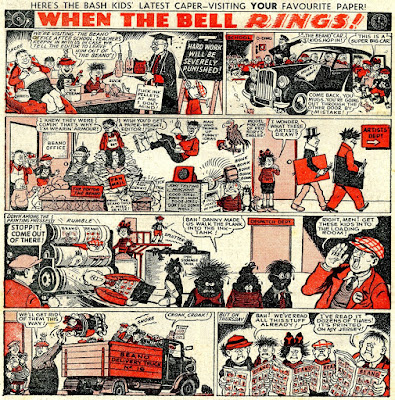 I decided to show it because of something I spotted in the first panel: 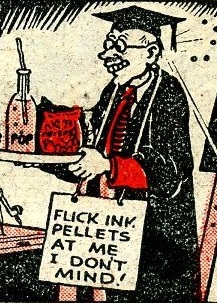 I remember reading somewhere that publishers had an internal directive warning against the use of certain innocent words in comics because they tended to look rude when printed, and ‘flick’ appears to have been one of them. It seems that in this case DCT realised it before it was too late but they were more careful when reprinting the episode in the Dandy Beano Magic Moments book nearly 40 years later: 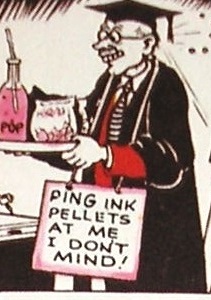 Email ThisBlogThis!Share to TwitterShare to FacebookShare to Pinterest
Labels: Leo Baxendale, The Bash Street kids, The Beano, When The Bell Rings

BASH STREET KIDS: ANOTHER DISASTER AT THE PRINTING WORKS


The other day I received a copy the Beano No. 1257 dated 20th August, 1966 with another story of The Bash Street Kids visiting the Beano printing works. I like strips in which characters are self-conscious of their fictitious nature and especially the ones involving play with colours (you can read another one like this HERE). 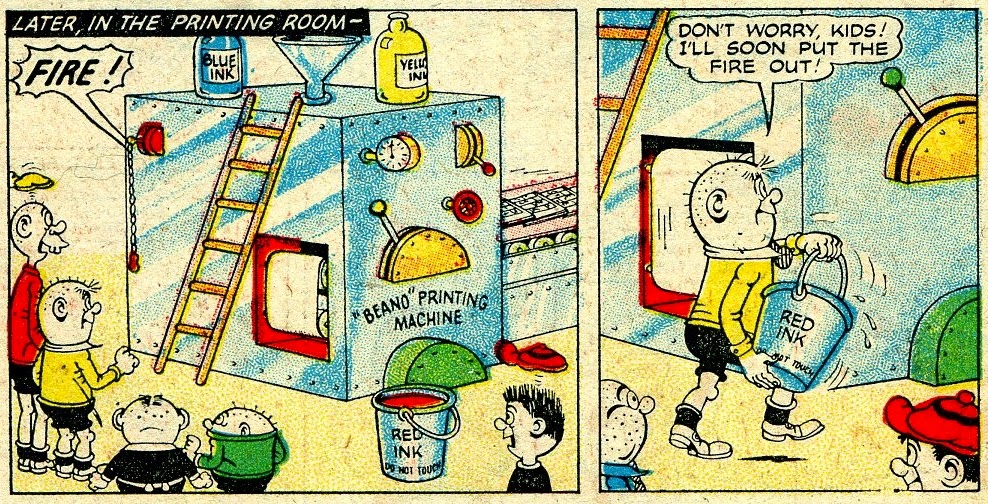 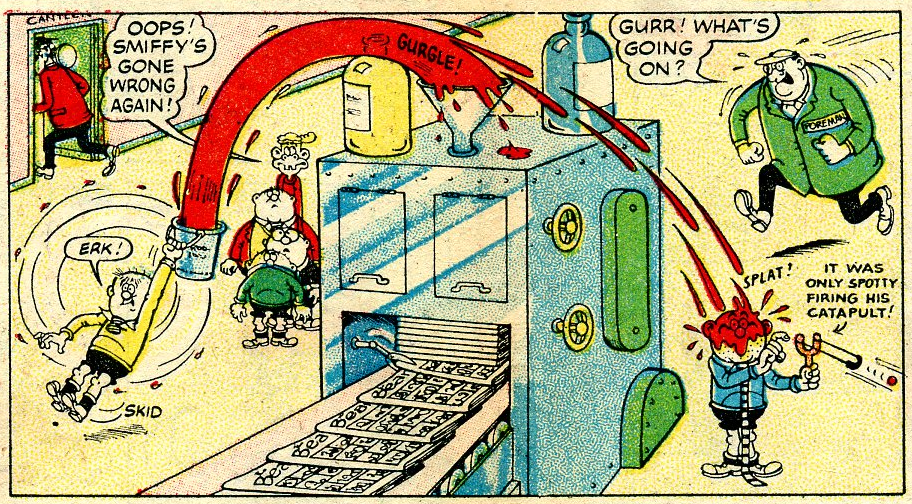 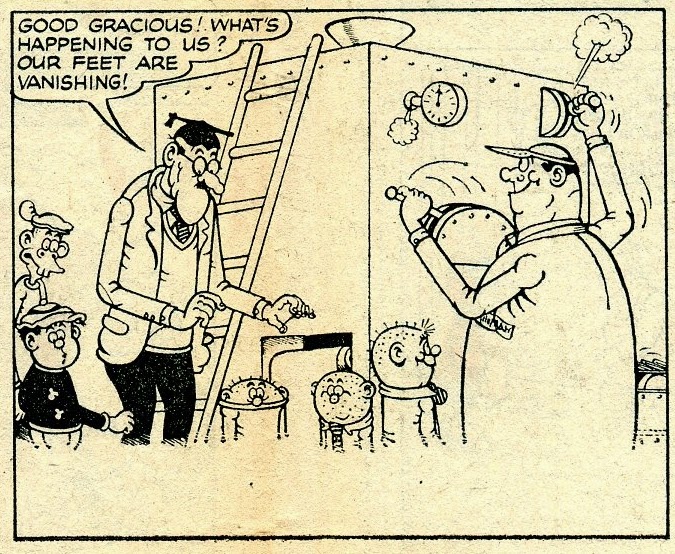 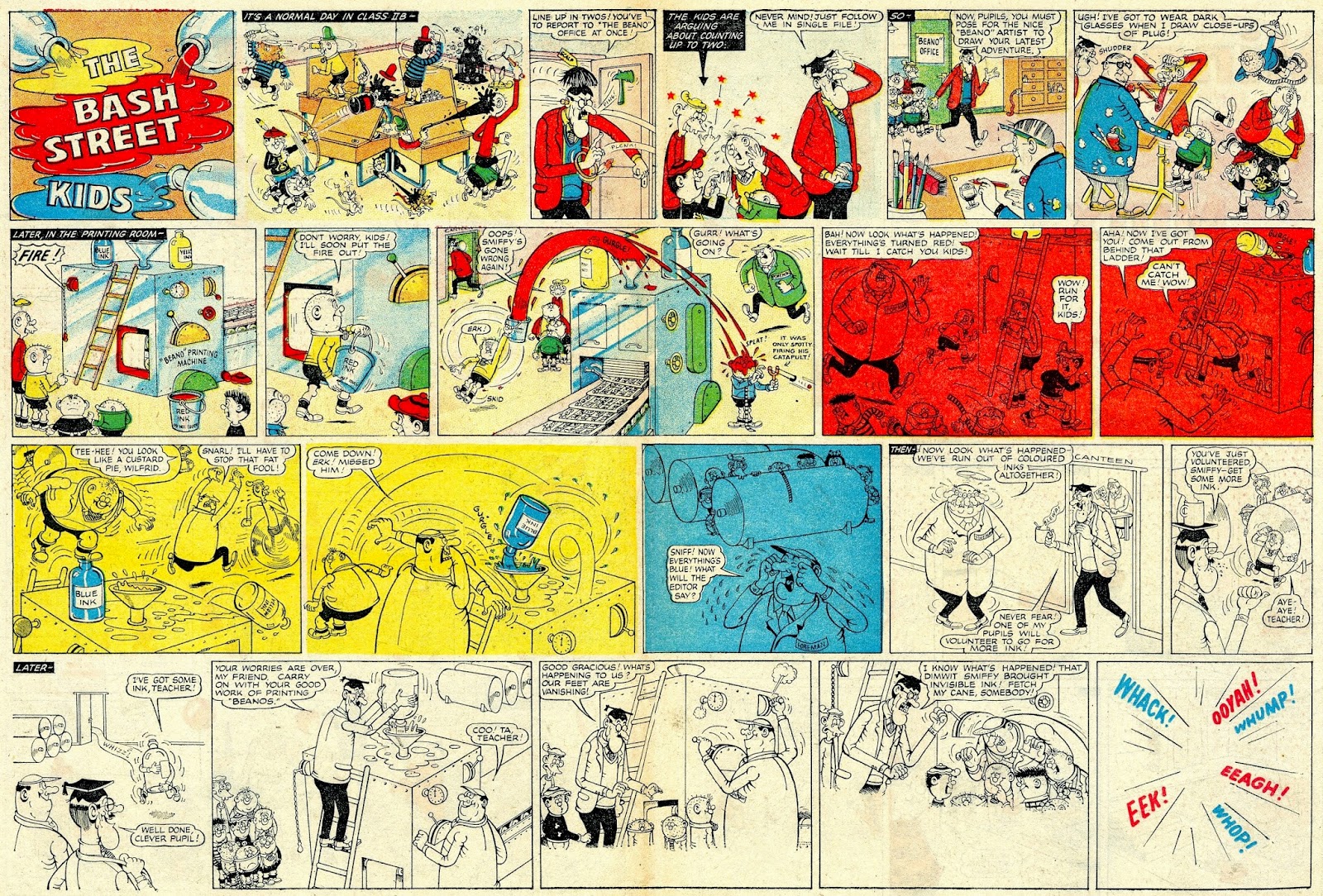 
In the few photos of David Sutherland that I managed to find on the web he looks like a lean clean-shaven bloke, unlike the Beano Artist in these episodes of The Bash Street Kids and Biffo the Bear that I believe came from his brush. Has Mr. Sutherland lost some weight since then, or were they his caricatures of a “generic” Beano artist rather than his self-portraits? Can anyone shed some light on this? 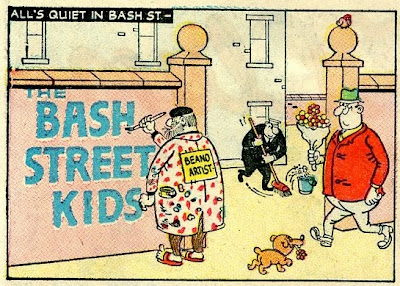 And this beautiful set appeared in the Beano No. 1991 dated 13th September, 1980. The Beano artist here looks a lot like the one from issue No. 1236 shown above (note the beret, slippers on bare feet, artist’s gown and facial hair). I have cropped the episode into sets of panels for your viewing convenience: 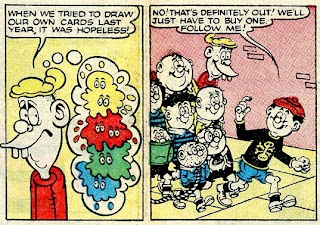 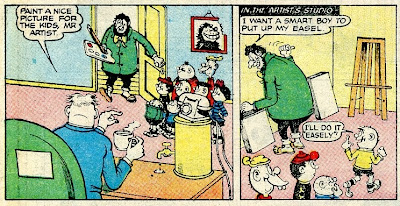 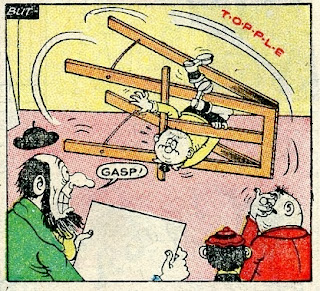 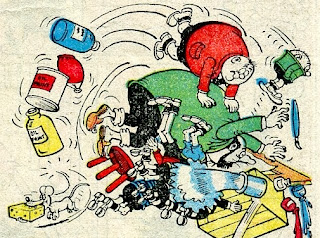 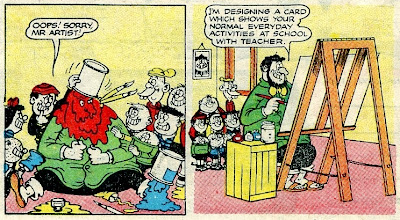 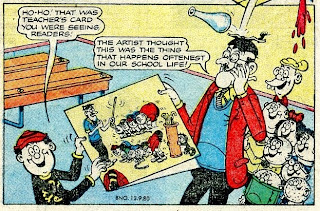 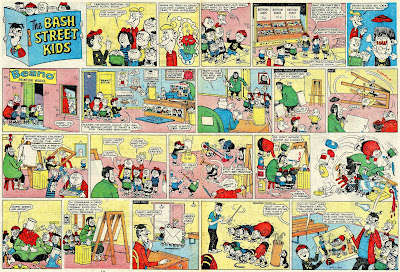 While I am on the subject of Dave Sutherland and The Bash Street Kids, the episode in THE BEANO issue No. 2155 cover-dated 5th November, 1983 in which the Bash Street Kids visit Beano offices, includes a portrait of Little Plum artist (Ron Spencer ?):

P.S. I’ve just found this Beano from the late 60s. Dave Sutherland replaced Dudley Watkins as the illustrator of Biffo the Bear after the old master passed away in 1969, so The beano Artist on this particular cover must be Mr. Sutherland. Here he looks different from the examples shown above: 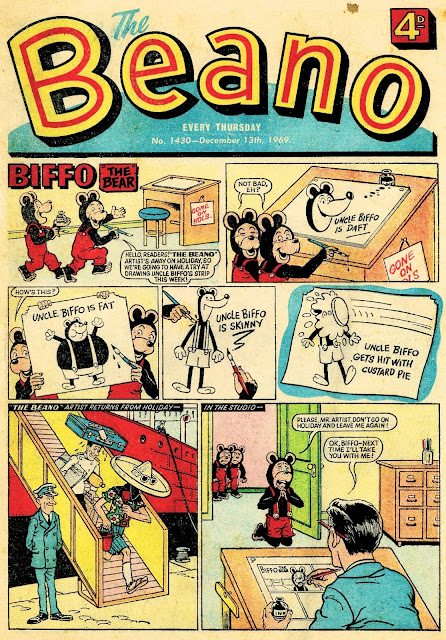 THE BASH STREET KIDS MAKE THEIR OWN MAG


As promised, here is another episode of the Bash Street Kids that deals with the subject of making comics. The class join the publishing industry by producing their own Bash Mag and nearly put the Beano out of business, so the Editor resorts to begging and bribery to persuade the Bash Street Kids to withdraw… The set is from THE BEANO No. 1160 (year 1964). 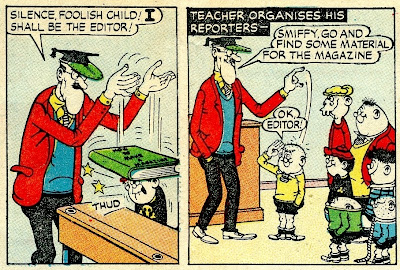 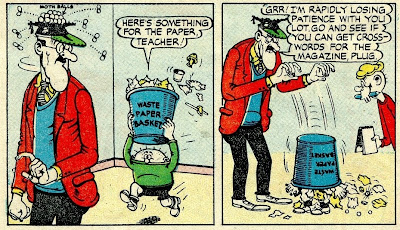 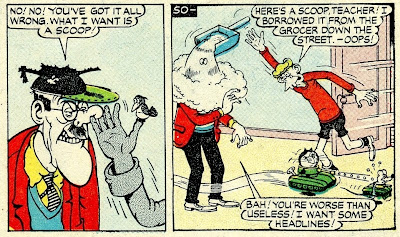 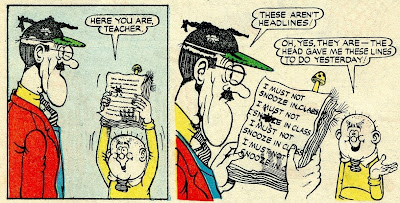 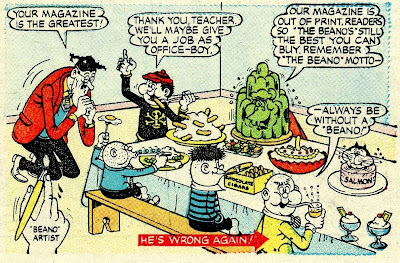 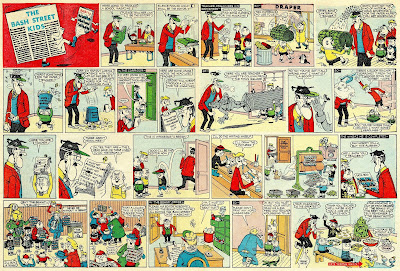