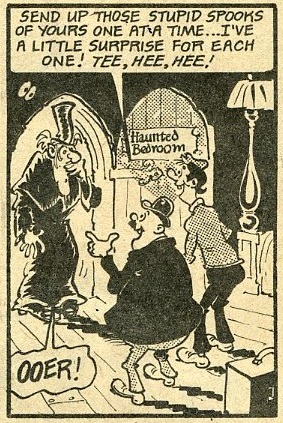 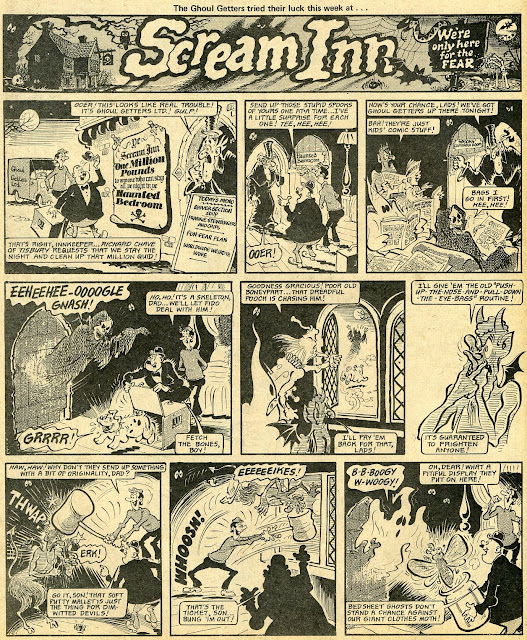 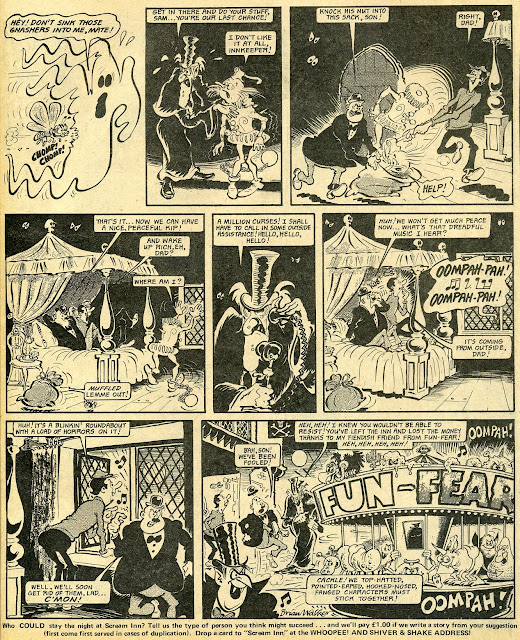 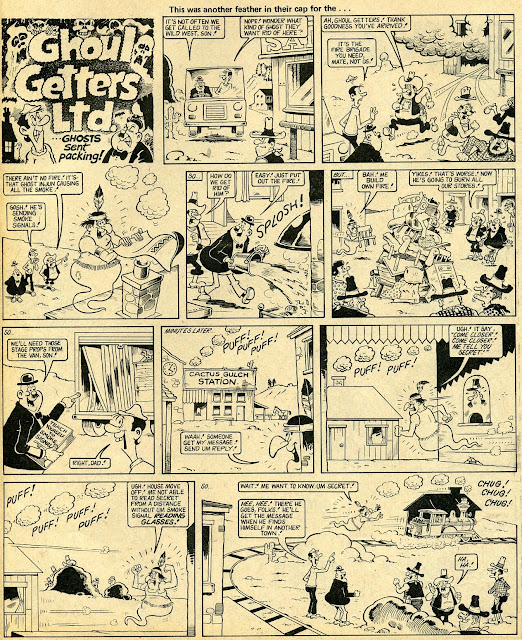 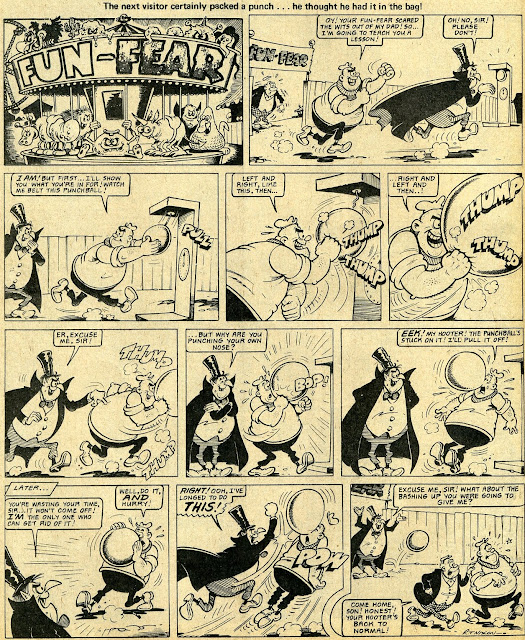 
Ghostly Go Round was an interesting feature in WHOOPEE! comic. As young readers gradually lost interest in the once-popular horror comedy genre (as confirmed by cancellation of such brilliant WHOOPEE! features as World-Wide Weirdies and Scream Inn/Spooktacular 7) and the Editor needed to clear space for new material, he came up with an idea of bringing four strips under one umbrella and rotating them in sequence. The strips that formed Ghostly Go Round were Evil Eye, Fun-Fear, Creepy Car and ‘Orrible Hole. The feature was launched in the first issue of 1979 and continued for slightly more than a year before all the four strips were put to rest one by one.

Ghostly Go Round required a new logo that could be used with all the 4 strips and the job was given to Ken Reid. He used the idea of Bob Nixon’s original Fun-Fear logo, made it spookier and squeezed the four main characters into the bottom left corner. The result wasn’t so great, IMHO. I think Bob Nixon’s old version was much better. Below are both logos side-by-side.

Here are the first appearances of the 4 strips in the heyday of WHOOPEE! comic. Evil Eye started in the very first issue of the paper: 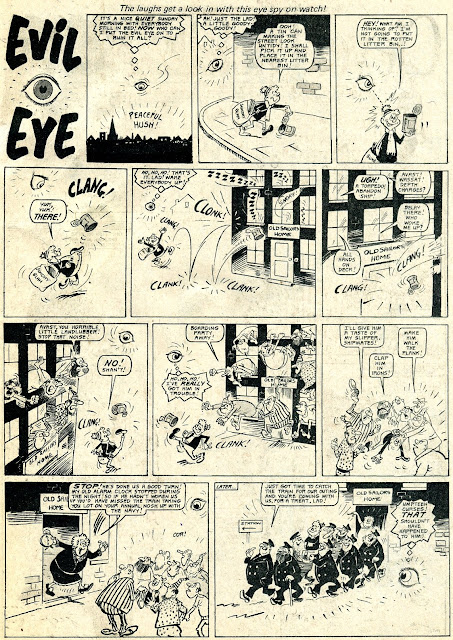 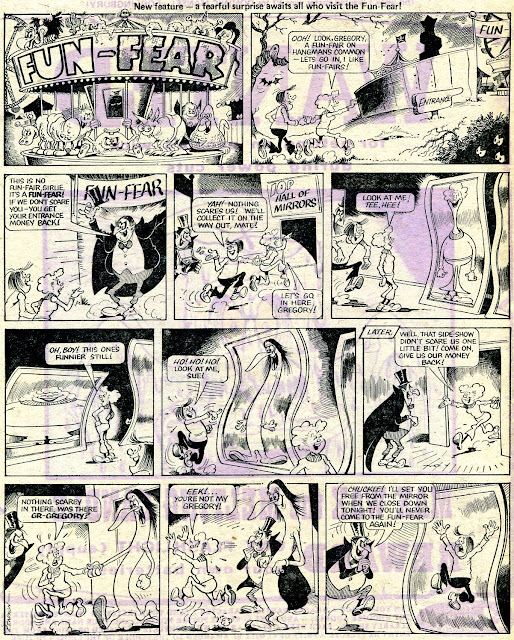 … then Creepy Car on 12th October later that year (UPDATE: the strip was in fact an immigrant from SHIVER AND SHAKE where it had started nine weeks before the paper folded. The episode shown below is the first one in the combined Whoopee! and Shiver & Shake, hence the recap of the origins): 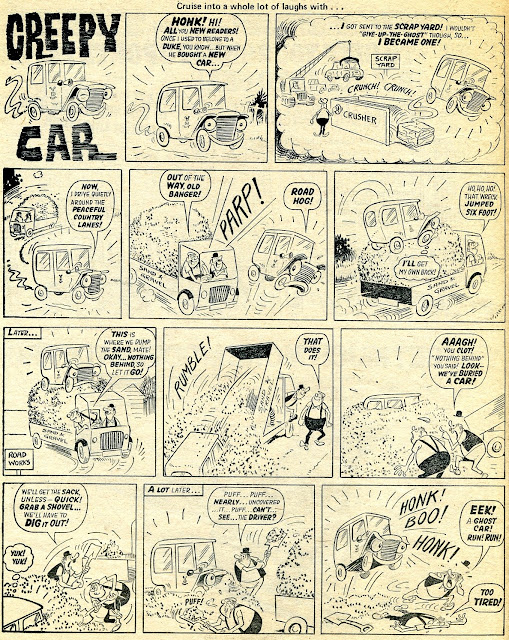 … and finally ‘Orrible Hole in the first issue of 1975 (cover-dated Jan 18 because the comic missed a few weeks due to industrial action at the junction of 1974/75): 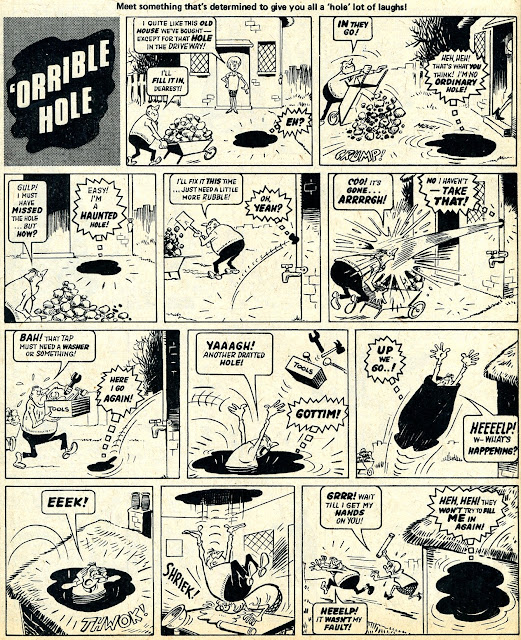