A LOOK AT SHIVER & SHAKE STRIPS: DAMSEL IN DISTRESS 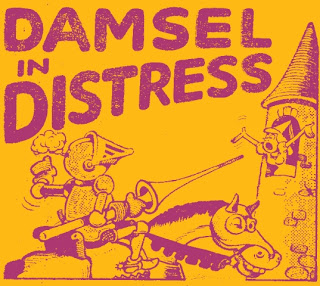 Turning the page, we enter the zone of a few not-so-interesting strips that occupied the remaining pages of SHAKE section in the first issue of the magazine, and Damsel in Distress is first in line. There is nothing really wrong with them, it’s just that they are a little bit too traditional for my taste :)


As the title suggests, the feature exploited the theme of a Fair Maiden imprisoned in a high tower surrounded by a deep moat, and her wannabe rescuer noble Sir Knight whose rescuing schemes always failed and sent him ‘back to ye drawing board’. The Knight’s nagging steed was the third recurring character who didn’t think much of his master’s ‘stupid efforts’ to save ‘that wailing woman’. 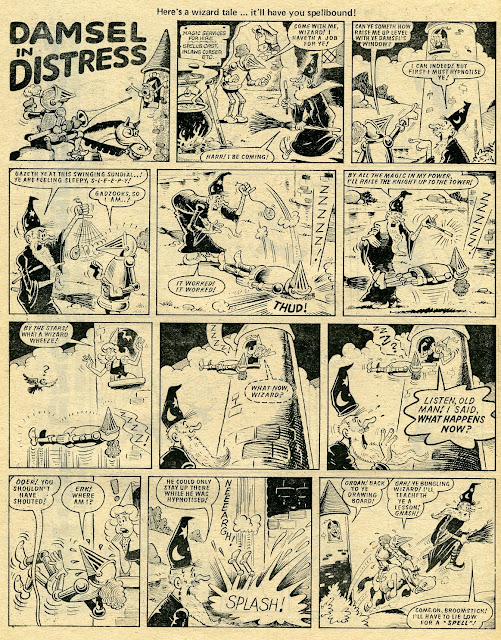 Damsel in Distress started in SHIVER AND SHAKE No. 1 and continued until the first issue of 1974 (No. 44). The regular illustrator was Trevor Metcalfe who appears to have taken a few weeks’ break in the Autumn of 1973 when the strip was either not included at all or drawn by other artists who I think were Les Barton, Terry Bave and Robert Nixon. It is difficult to tell for sure because illustrations in the episodes are rather basic (mostly buildings, trees and a bloke in a coat of armour – nothing much to go by). The strip missed 7 weeks during its run and was not included in issues 21, 24, 29, 31, 33, 34 and 36. 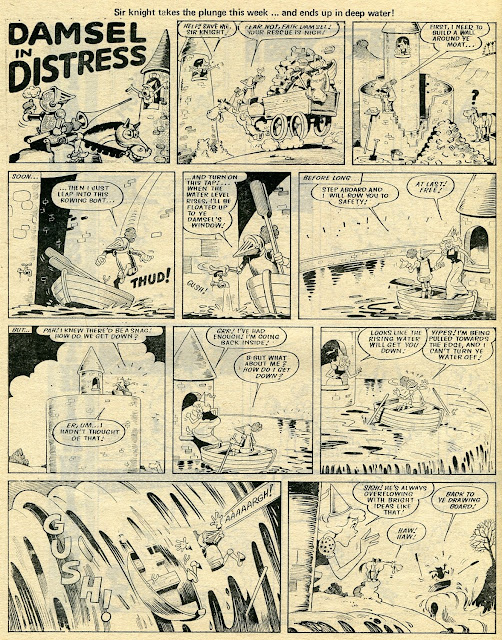 Posted by Irmantas at 7:03 PM No comments: