A LOOK AT SHIVER & SHAKE STRIPS: MALICE IN WONDERLAND 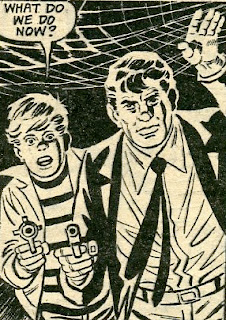 The 10-weeks period between two Eagle Eye stories (Shiver and Shake issues 32 – 41 (13 October, 1973 – 15 December, 1973)) was filled with another suspense serial Malice in Wonderland, this one illustrated by Ron Turner. The secret-agent yarn was different from other SHIVER AND SHAKE adventure stories so far because it didn’t offer readers a chance to win cash prizes.

Sammy Hunter and his father John Hunter travel to New York but Sammy’s long-awaited trip turns into a baffling and perilous adventure. Upon arrival in New York City Sammy soon finds out that his father is a British secret service agent rather than a carpet salesman as he has always thought, and that their holiday trip to America is in fact a ‘cover’. His father’s true mission is to deliver some top-secret vital information to American government. Armed enemy agents derail the original plan in the very first episode by killing John Hunter’s contact. As he breathes his last breath, the poor man tells John Hunter he should go to Wonderland – the biggest amusement park in the World, and deliver the information to a new contact but fails to identify him by name: 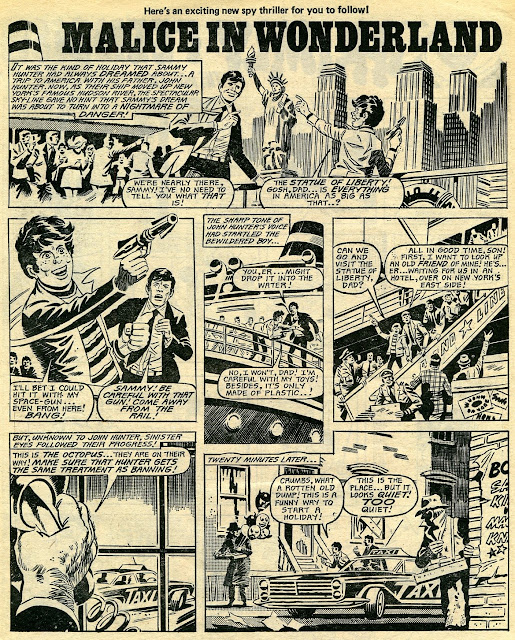 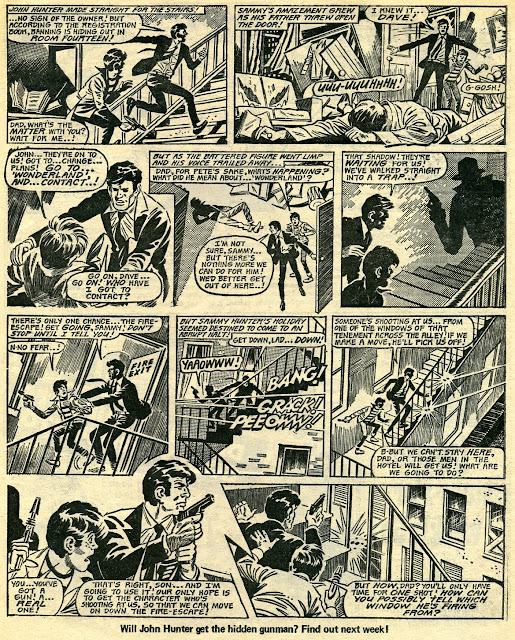 Chased by hostile agents, John Hunter wastes no time in getting to Wonderland. We soon find out that John Hunter’s pursuers are followers of Octopus – a weird mutant and string-puller whose sinister organisation is secretly headquartered in Wonderland… 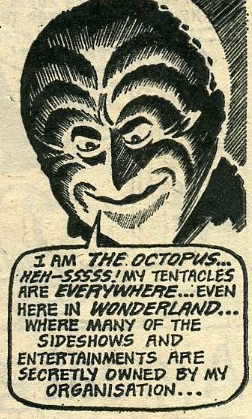 I will skip a number of perilous situations from which the Hunters make a narrow escape. As the story develops, the minions of Octopus capture John Hunter’s new contact. Octopus threatens to kill him unless John Hunter surrenders himself with the secret information. Being an experienced secret service agent, John Hunter quickly finds out where his colleague Brett Richards is being held prisoner and takes action: 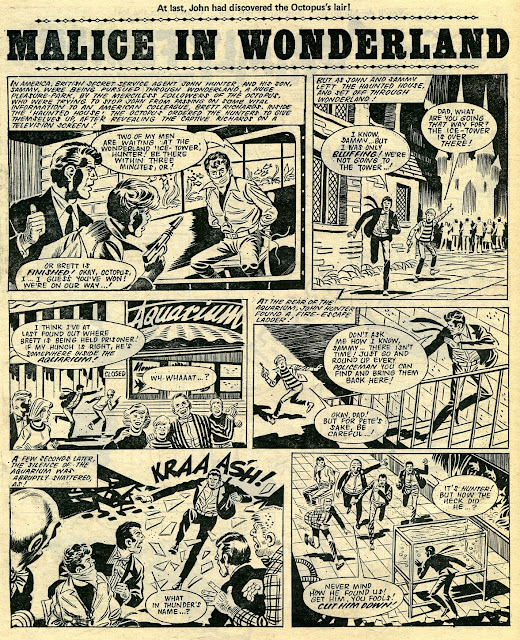 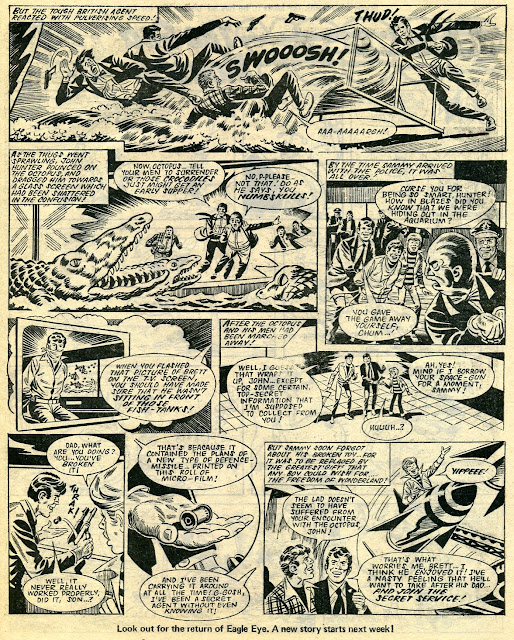 Differently from Eagle Eye, in this story it is not the boy but the father who is sharp-eyed and observant. Ron Turner’s Sammy Hunter looks a bit too old to carry the plastic gun or be so excited about the rides in the amusement park, don’t you think?
Posted by Irmantas at 8:05 PM No comments: