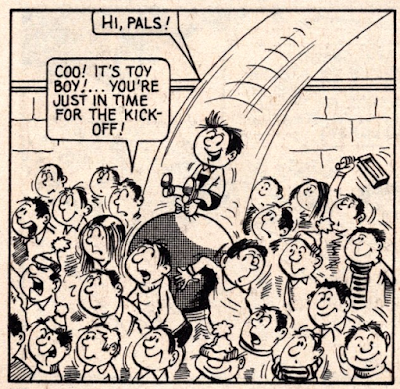 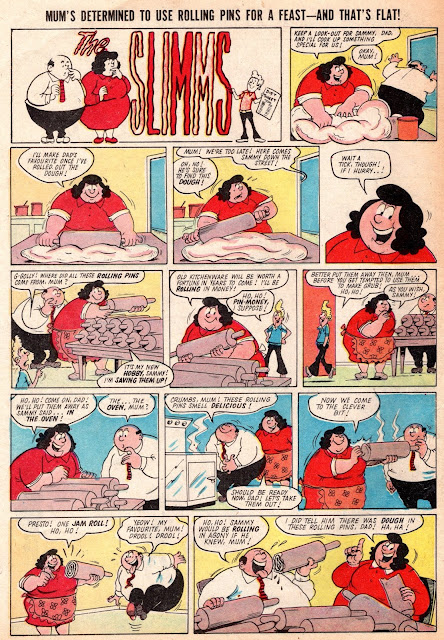 … two in Shiver and Shake: 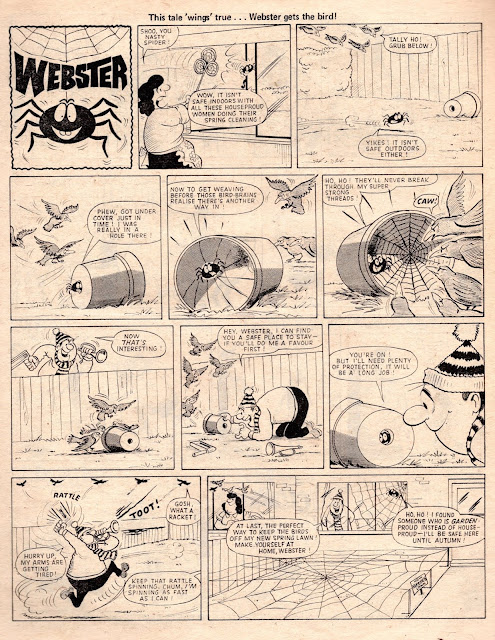 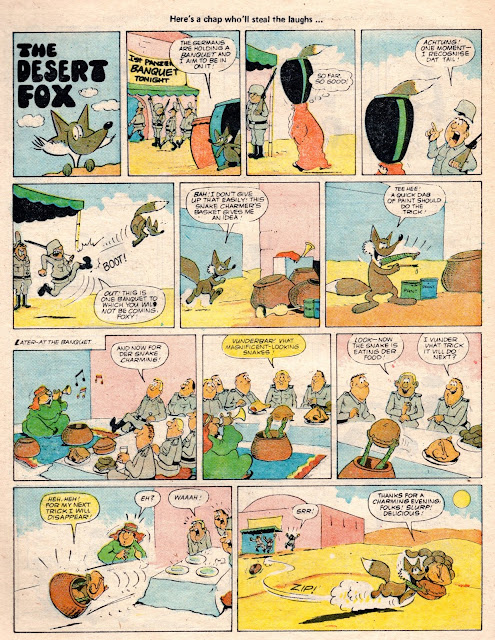 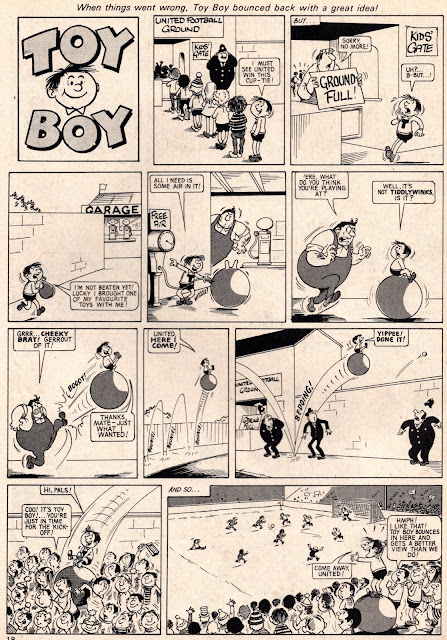 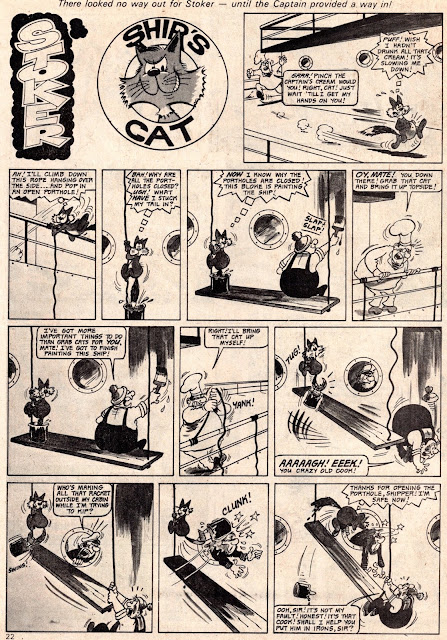 … and two in Whizzer and Chips (my copies are in a bound volume and thus unscannable, so apologies for image quality): 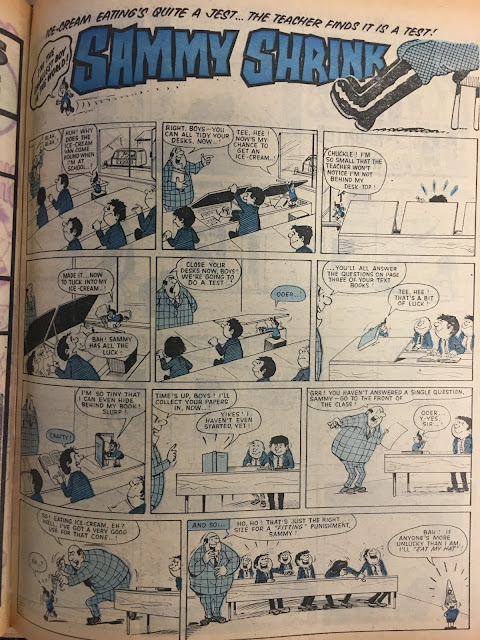 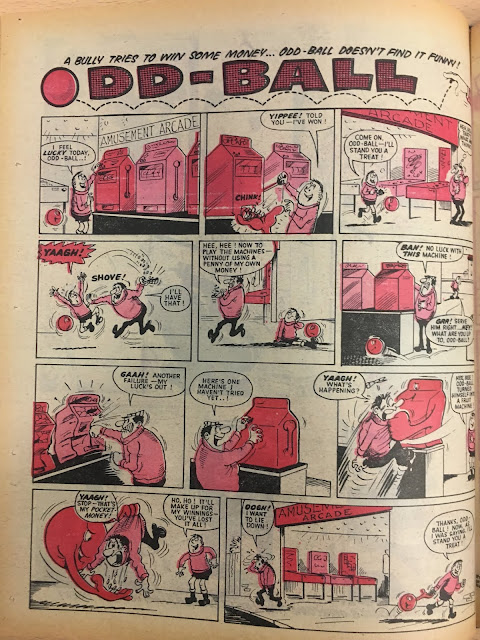 Reg Parlett is next in line...

A LOOK AT SHIVER AND SHAKE STRIPS: WEBSTER 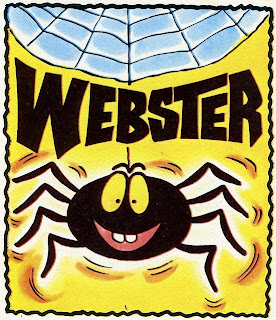 Webster was a little black spider who would spin his extra-strong web in all the wrong places and take the consequences. His web was so strong that it made objects bounce right off it. In combination with the weird places that the spider chose for his web, the bouncing trick was the source of comedy in most weekly instalments. Although occasionally he got upset and wrought vengeance upon those who disturbed him, Webster was usually an agreeable and friendly creature, willing to use his super-strong web to help others out or punish crooks and bullies. 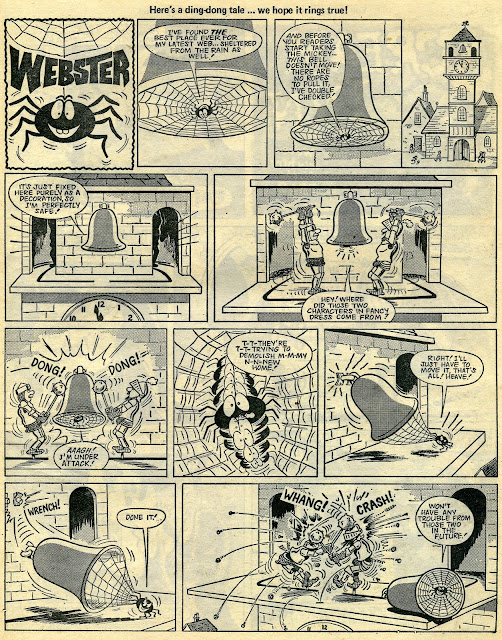 The list of the places Webster considered peaceful enough for him to spin his web and have a rest included a set of church bells, a cannon, a chimney, a swimming pool trampoline, a tennis racket, and all kinds of other inappropriate objects and locations; besides, he had particular fondness for musical instruments. 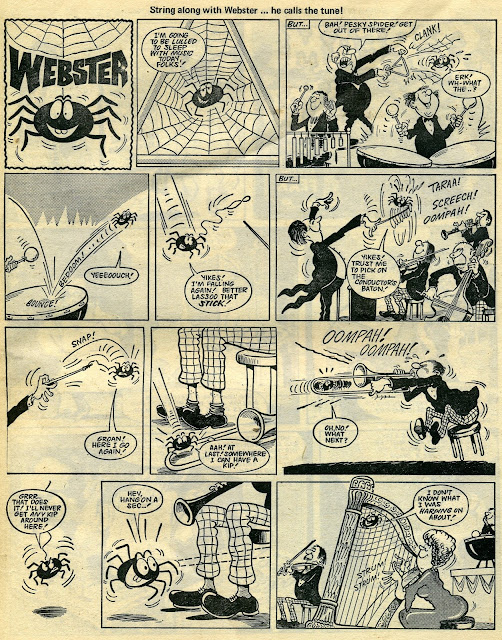 Illustrated by Terry Bave, the b/w feature was launched in SHIVER AND SHAKE No. 1 and continued until the last issue, missing three numbers towards the end of the run (Nos. 74, 76 and 78). It had a permanent slot on page 5 of the paper and was part of SHIVER section but was suddenly transferred to SHAKE starting from issue 44 (cover dated 5th January, 1974 - the first issue with the page count reduced from 36 to 32). Perhaps it was not ‘scary’ enough for SHIVER, or maybe space became scarce in the section after it lost 4 pages. 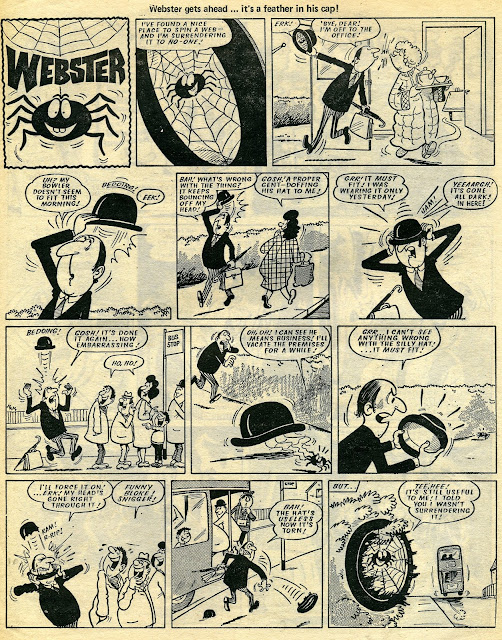 Webster survived merger with Whoopee! and appeared there occasionally until 1976.
Posted by Irmantas at 5:00 PM 2 comments: