A LOOK AT SHIVER & SHAKE STRIPS: THE FIXER 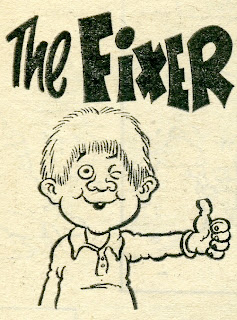 The Fixer was an unsophisticated strip about a little boy who was always there to fix things for other people in exchange for a bag of sweets, or sometimes simply for the sport of it. Fixer’s cunning plots usually worked fine at first but then backfired leaving him in trouble and without sweets. The first episode and three later ones in issues 6, 7 and 9 were by Peter Davidson. Here’s a panel from issue 6, complete with the artist’s trademark pet in the foreground: 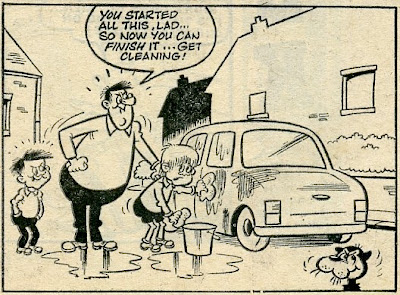 The vast majority of the episodes, however, were by another artist whose name I don’t know. Here are some examples: 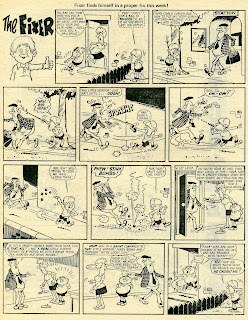 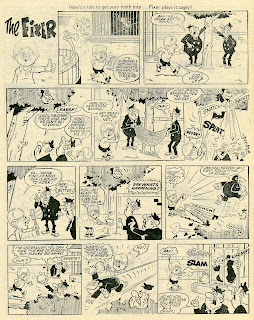 Towards the very end of the run a third illustrator appears to have taken over, but I don’t know his name either…  Here is the last episode: 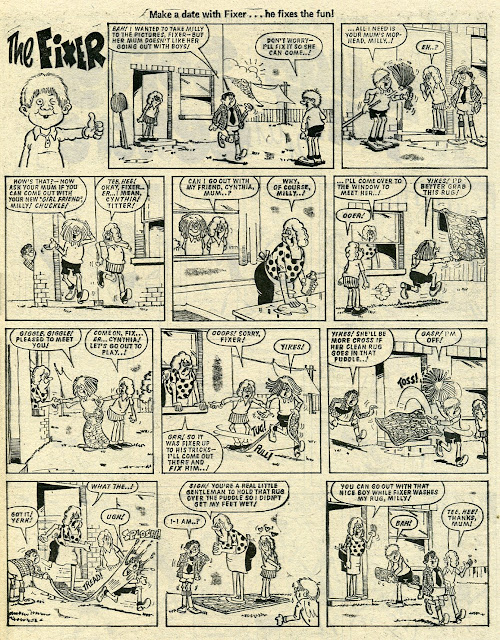