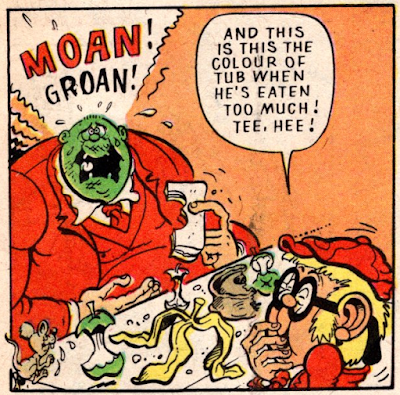 After my previous post about the weekly output of Leo Baxendale I thought it would be fun to check how many pages other humour comics artists were producing in the space of one week. I picked a random week of 1974 (March 30th) and pulled all IPC comics with that date – COR!!, Whoopee!, Whizzer and Chips, Shiver & Shake and Valiant. I was disappointed to discover that Buster didn’t come out that week, probably because of a strike. I looked for pages by Mike Lacey, Brian Walker, Frank McDiarmid, Terry Bave, Robert Nixon, Graham Allen and Reg Parlett. It turns out all were at least as productive as Leo Baxendale, while some of them proved to be real drawing machines and surpassed Leo quite considerably!

I will share my findings in the next few blogposts. I’ll start with Frank McDiarmid. He only managed 3 pages that week – a page of Lunchin’ Vulture in Whoopee! and two beautiful pages of The Gasworks Gang in COR!! I am sure he became a lot more productive later on when IPC put him in charge of Cheeky Weekly, but this series is a snapshot of the state of affairs in March 1974. Come back soon to see Brian Walker’s weekly output! 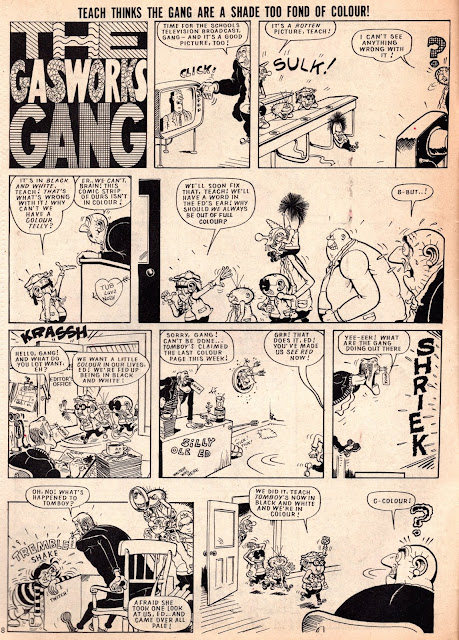 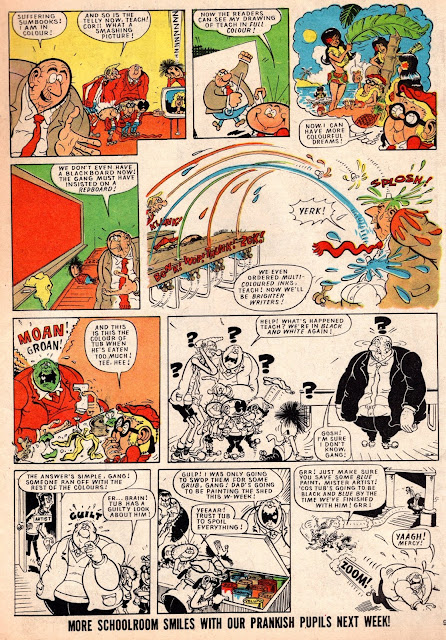 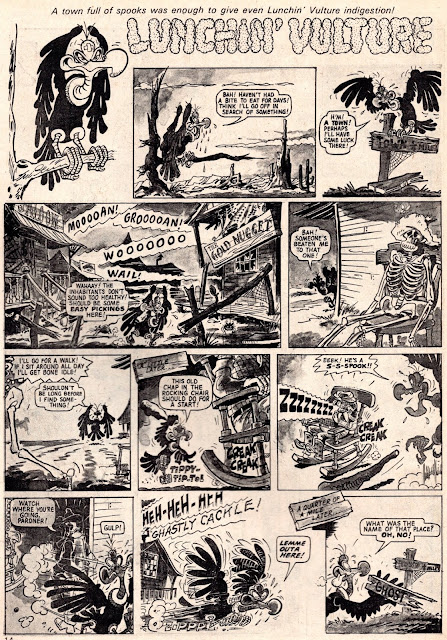 Posted by Irmantas at 2:39 PM No comments: