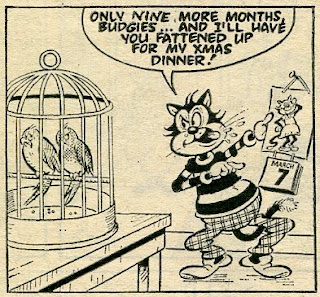 Jail Birds was another short-lived strip about a cat and two caged budgies, both of whom were named Bluey.  The cat kept the two birds hoping to fatten them up for his Christmas dinner. He made no effort to hide his plans from the budgies and jailbreak was the only way for them to avoid the fate. They tried everything but luck was always against them, no matter how sophisticated the escape plots were. 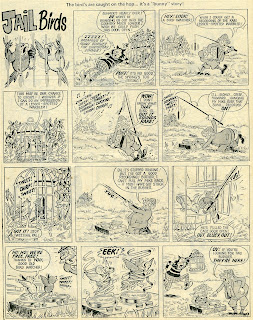 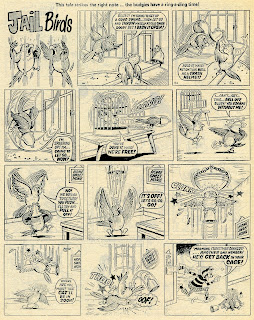 I expected the series to end with a spectacular break into freedom at Christmas (or maybe with the cat and the budgies becoming buddies), but the story was put to rest quite abruptly 7 weeks before the Holidays when the cat decided he didn’t want to wait any more and declared that today was Xmas day on his calendar. Under the circumstances, any escape plan had to work or else the young reader would have been faced with a disturbing ending... Did the writer run out of jailbreak ideas or was the feature doing poorly in the popularity charts – we’ll never know for sure. Here is the last episode from SHIVER AND SHAKE No. 36 (November 1oth 1973): 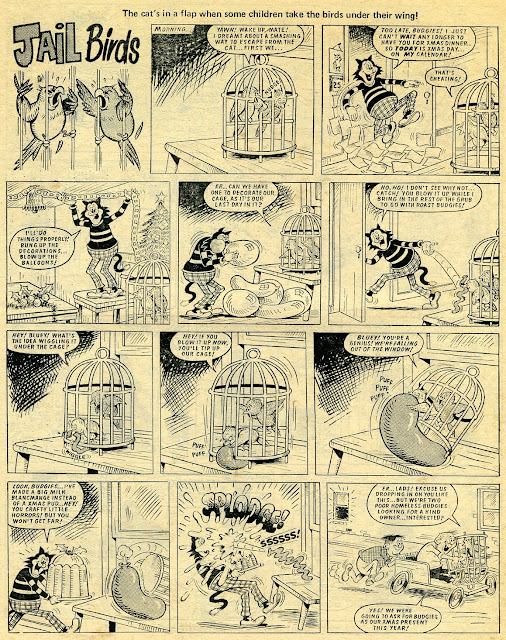