THE BIG ONE was a Fleetway comic that lived up to its name and championed in terms of size. Its short run of 19 weeks (from 17 October 1964 till 20 February 1965) included GRAND FIREWORK NUMBER. Collectors will know THE BIG ONE is quite difficult to come by, so there's a good chance you haven't seen this explosive front cover before. Enjoy! 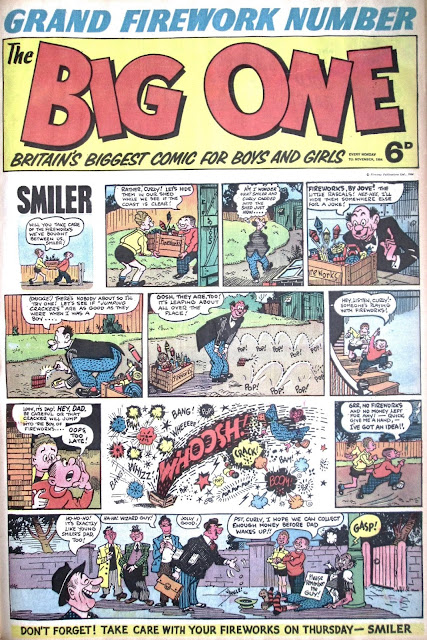 Posted by Irmantas at 2:04 PM No comments:

Email ThisBlogThis!Share to TwitterShare to FacebookShare to Pinterest
Labels: Firework, The Big One


With Guy Fawke’s night just a few days away, let’s take a look at some of those bright Fireworks covers. The one below is that of a very early issue of THE BEANO. It was offered in one of phil-comics auctions which ended yesterday. With 60+ watchers, more than 10 bidders and 36 bids, it went for an impressive £677. Phil-comics never fail to attract top prices for their excellent items! 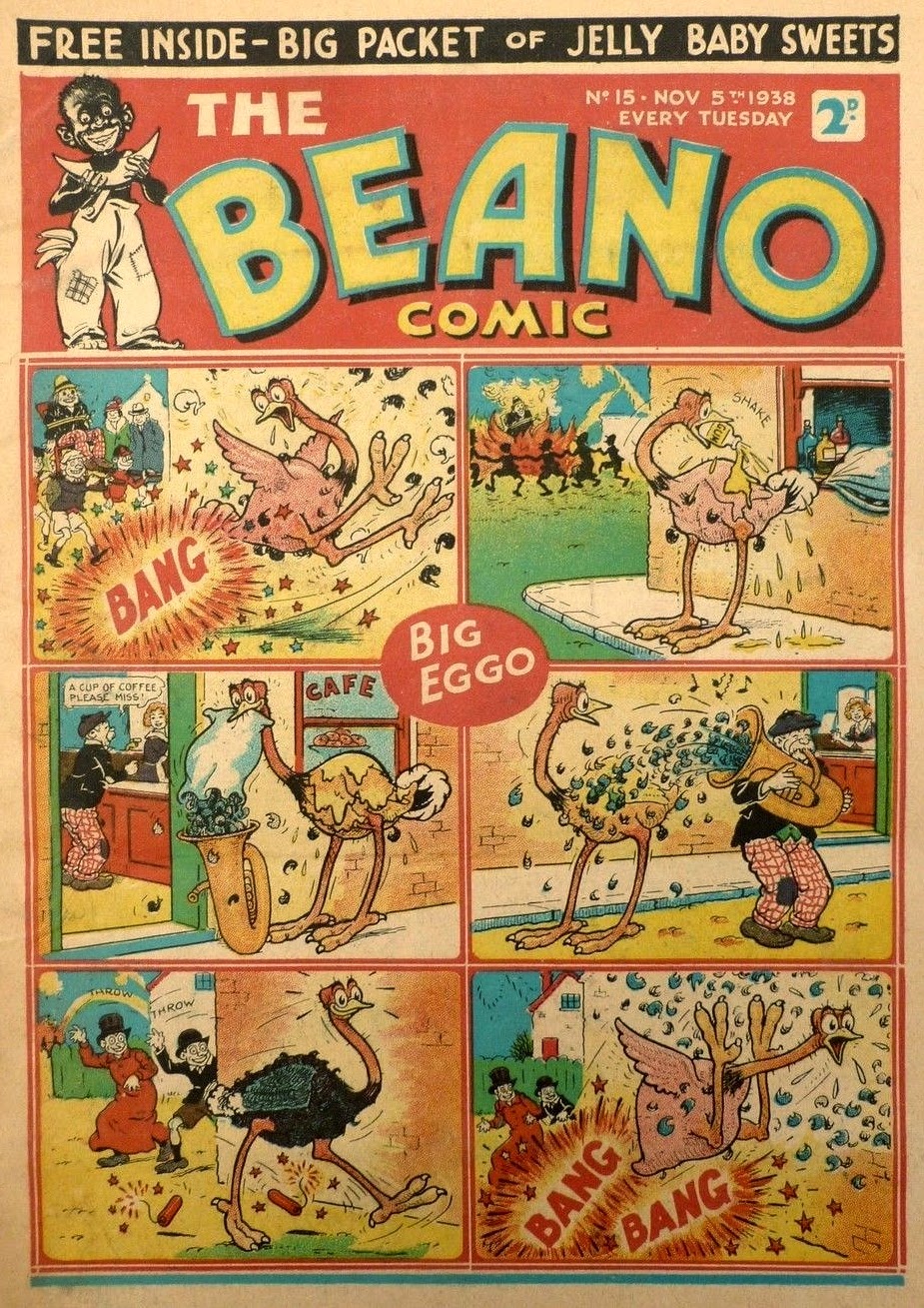 As many of you may know, in addition to being a highly-reputable eBay auctioneer of UK comics, Phil is also a publisher who has produced the beautiful collection of Christmas covers of the Beano and the Dandy 1937 - 1969, so if you need a X-mas gift for someone who is into this kind of thing, why not buy a copy from phil-comics on eBay? I hope sales are going well enough to make it worth Phil’s while to publish a similar volume of Fireworks covers sometime in the future! Before this happens (if ever), here are some festive covers of the Dandy from the 50s. All but one are from my collection. 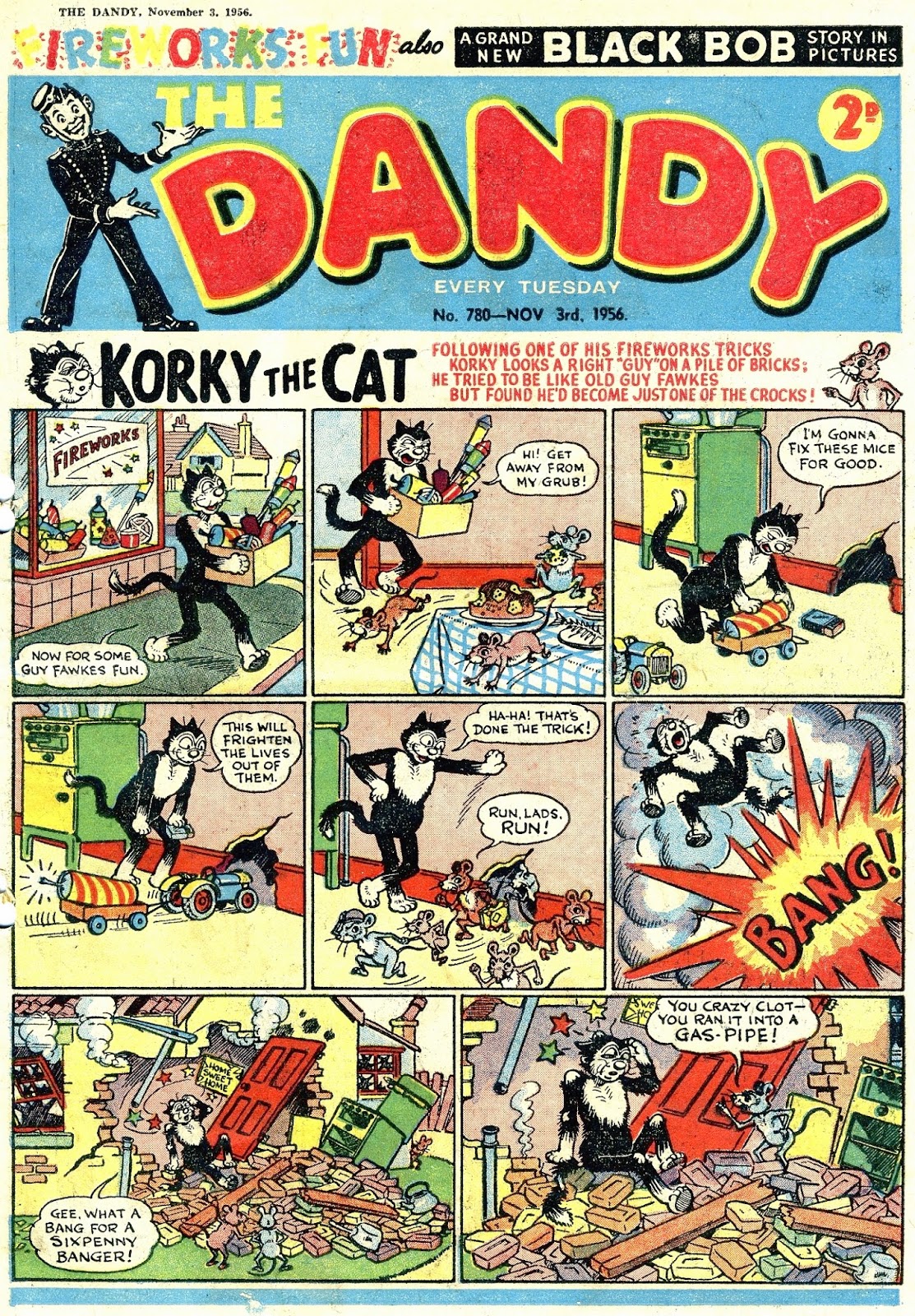 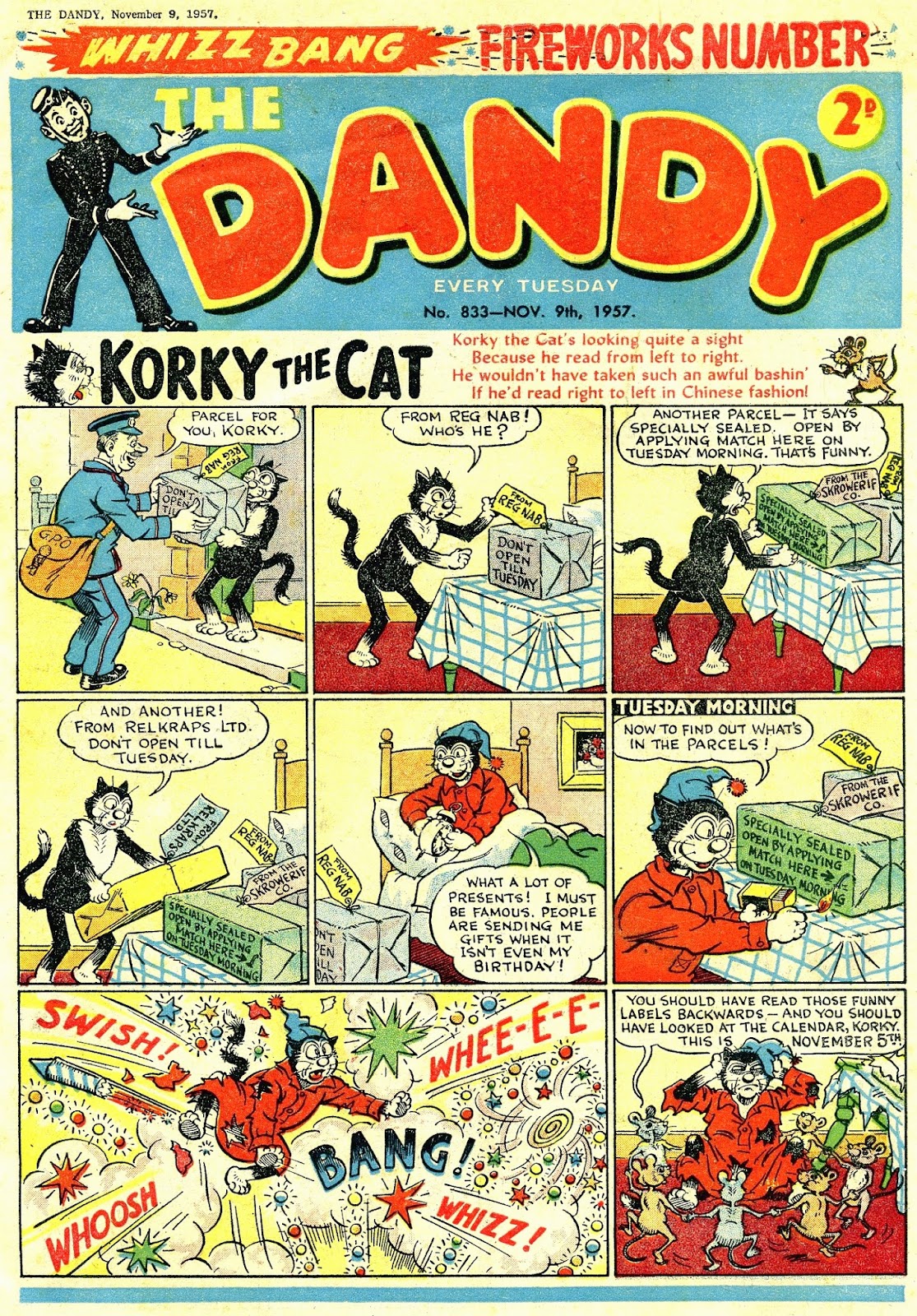 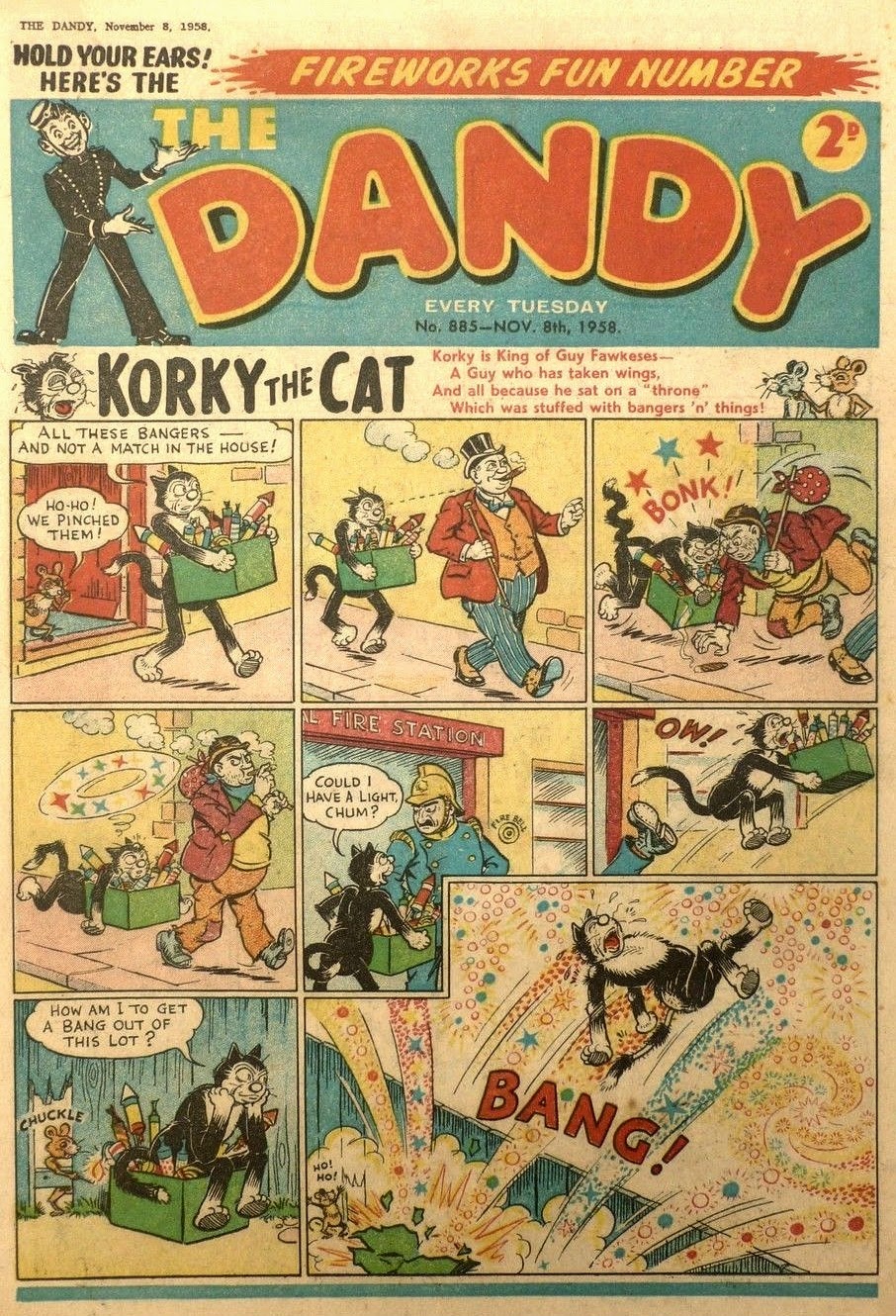 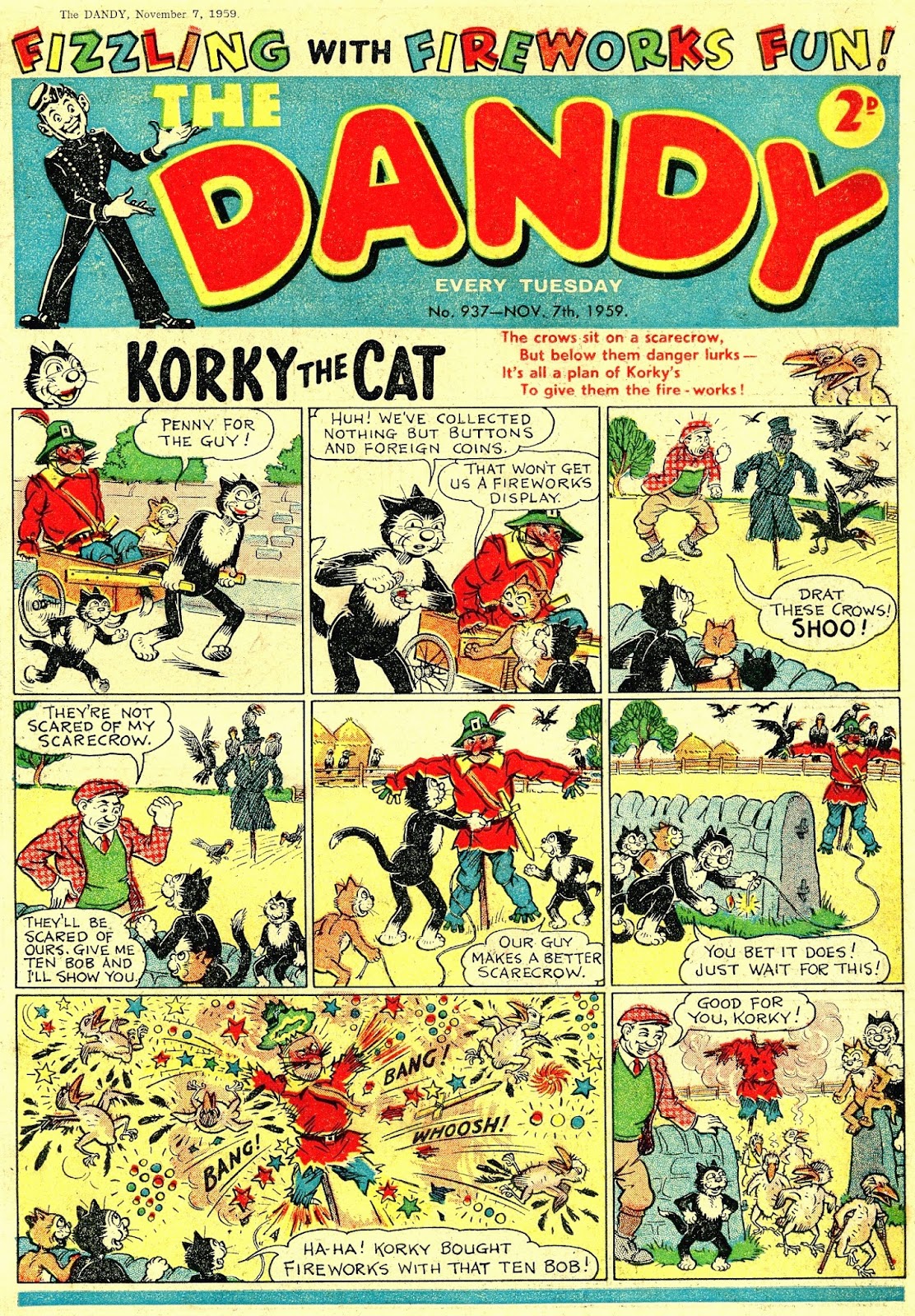 Email ThisBlogThis!Share to TwitterShare to FacebookShare to Pinterest
Labels: Firework, The Beano, The Dandy


Let's have some firework fun with Ken Reid's Ali Ha-Ha and the 40 Thieves from the Dandy of the early 60s. 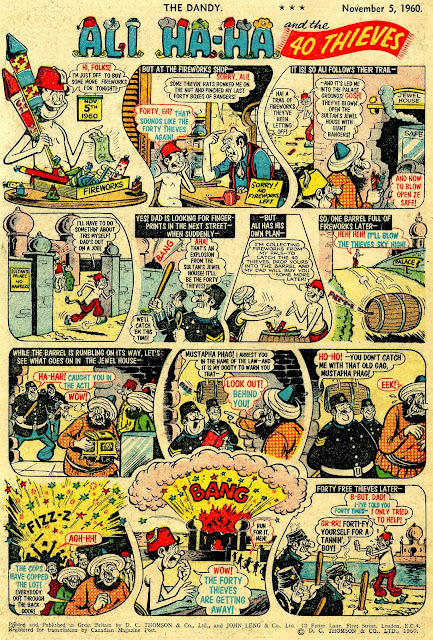 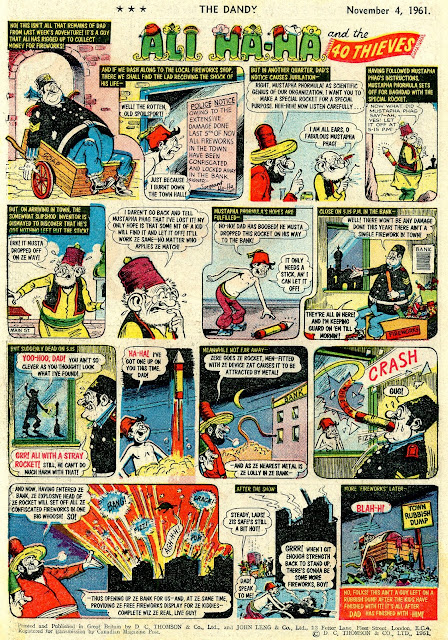 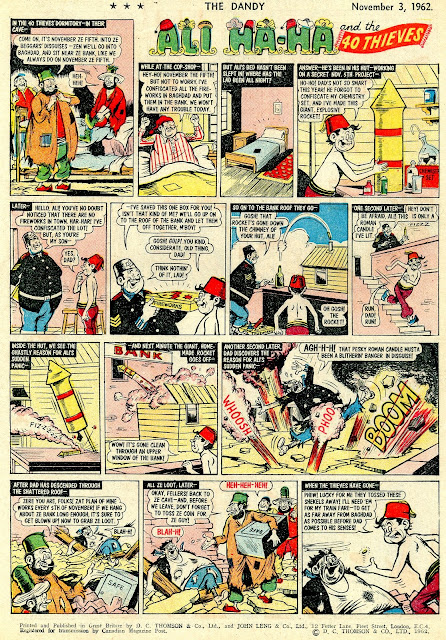