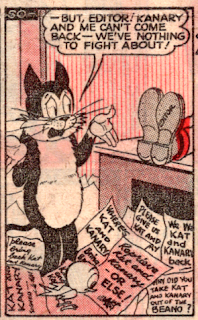 Looking through my Beanos, I came across a curious example of Kat and Kanary in issue No. 770 (20 April, 1957). The curious thing about it is that the illustrator was Leo Baxendale, who to the best of my knowledge didn’t draw many anthropomorphic strips. In this case, Leo’s style is easily recognizable, don’t you think? 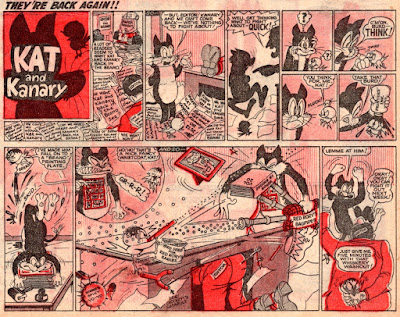 It is less obvious in the next episode from The Beano No. 771 – the last one by Leo before the strip was assigned to another artist: 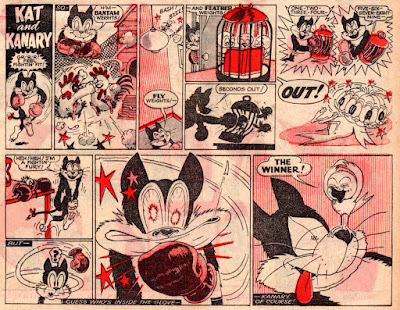 I then found out that Leo drew another strip with animal protagonists, and it was The Katts in Knockout (second series). It ran in the first 14 issues of the comic starting from 12th June, 1971, but as it turns out, Leo only drew a few of the episodes. I stand to be corrected, but in my opinion his Katts appeared in 5 issues: 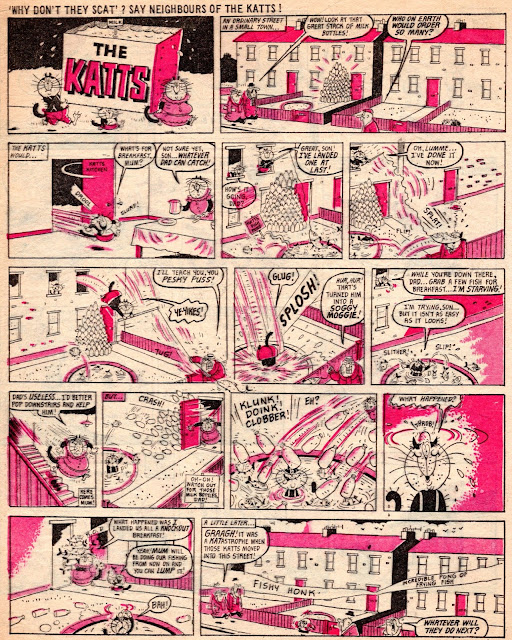 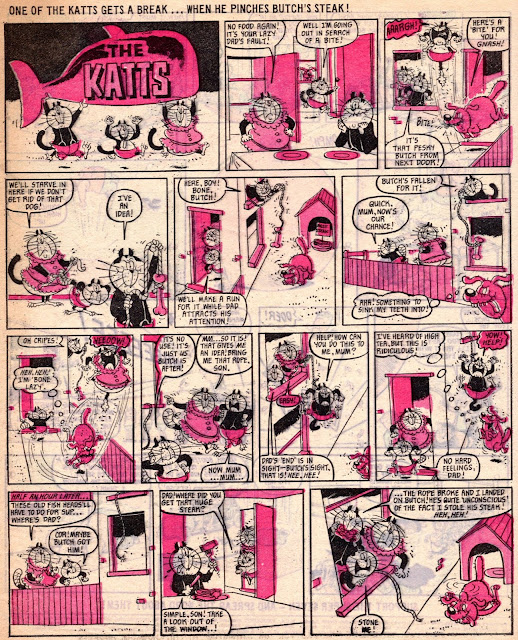 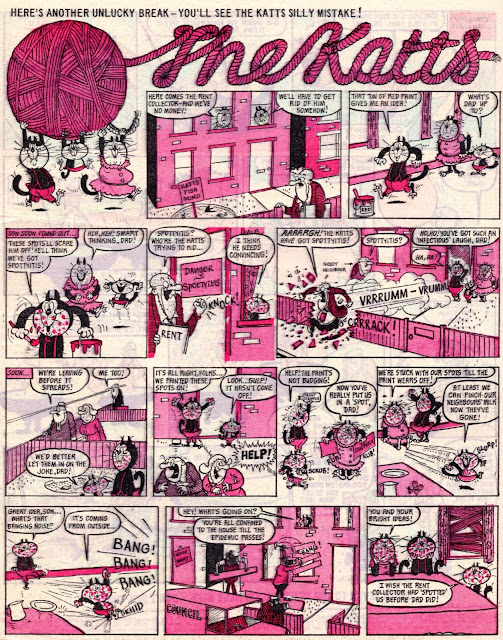 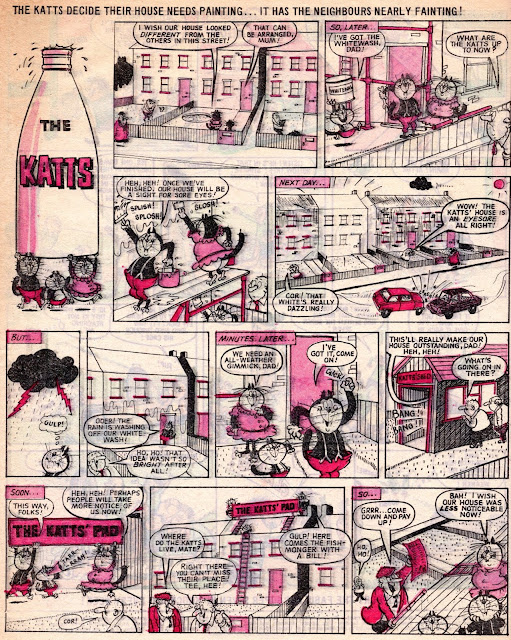 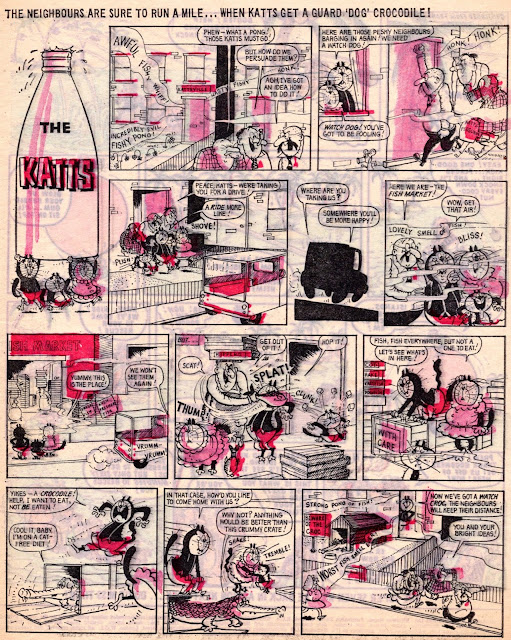 The rest were by Mike Lacey, weren’t they?:

Characters are © Rebellion Publishing Ltd
Posted by Irmantas at 11:46 AM 1 comment: