MONSTER FUN COMIC wasn’t big on reprints but it still included a few that probably served as space fillers when artists failed to deliver their weekly strips on time.

The Robot Maker was a short-lived strip in the early issues of COR!! illustrated by Frank McDiarmid in his version of Ken Reid’s style. Only one episode was reprinted in MFC No. 47 where it substituted Teddy Scare which failed to appear that week. 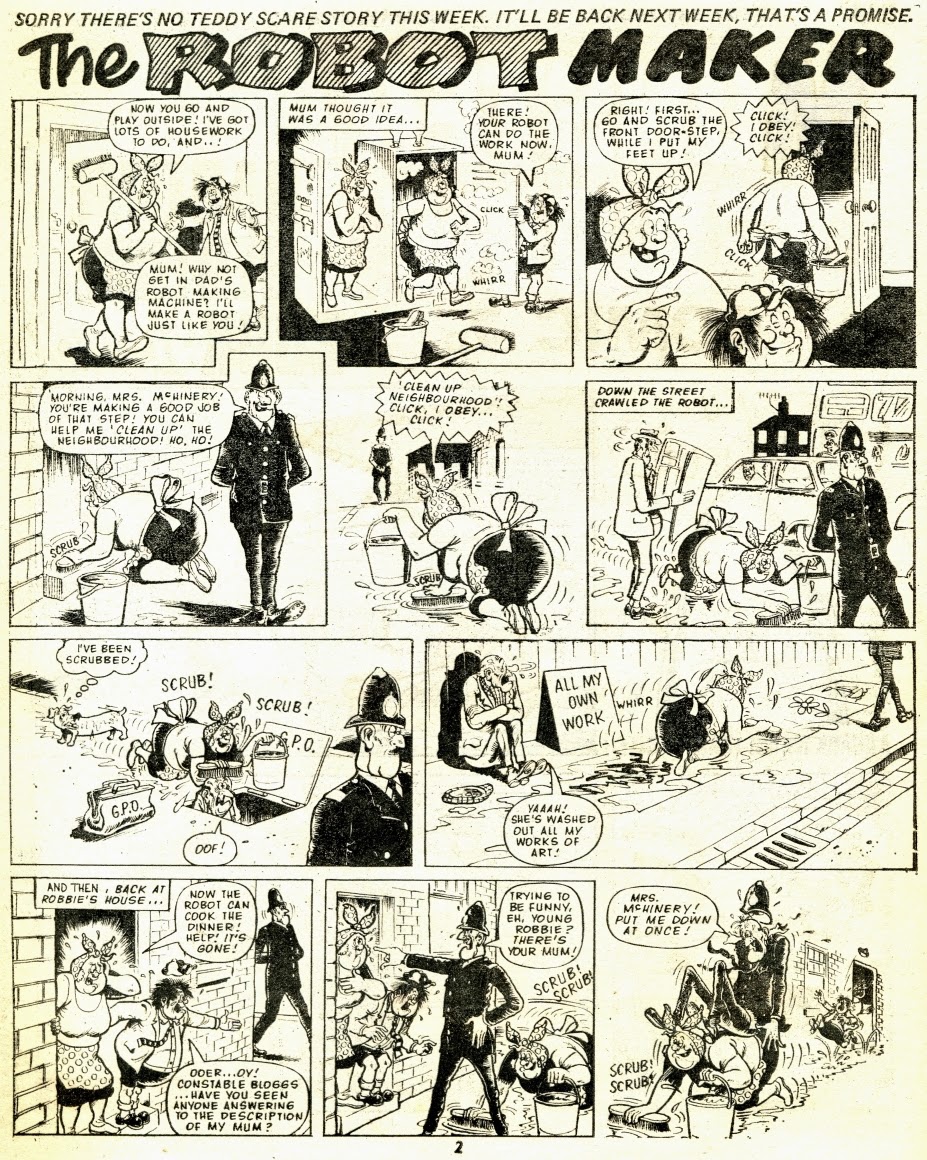 Stoneage Brit Ancient Nit was another reprint from COR!! It made a surprise one-off appearance in MFC No. 40 where it was introduced as a Fave Funster from the Holiday Special: 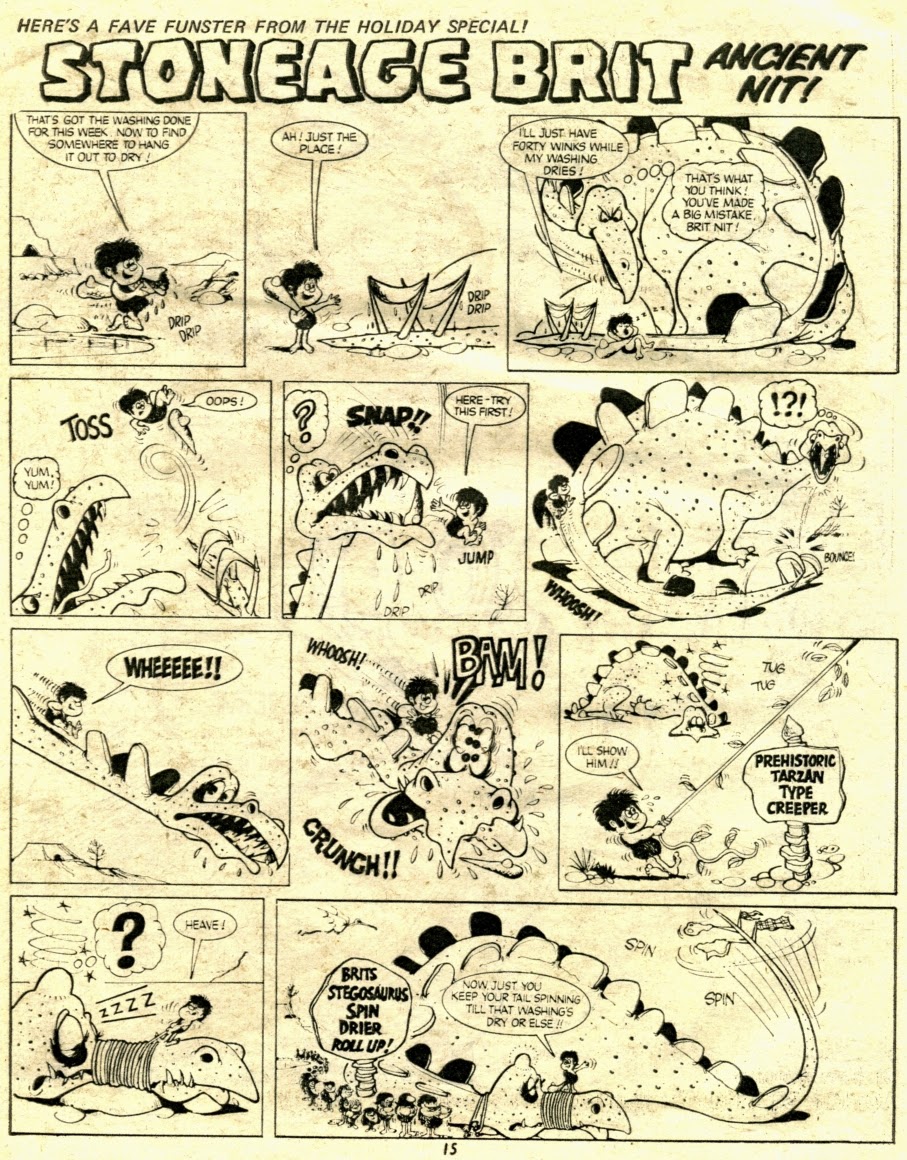 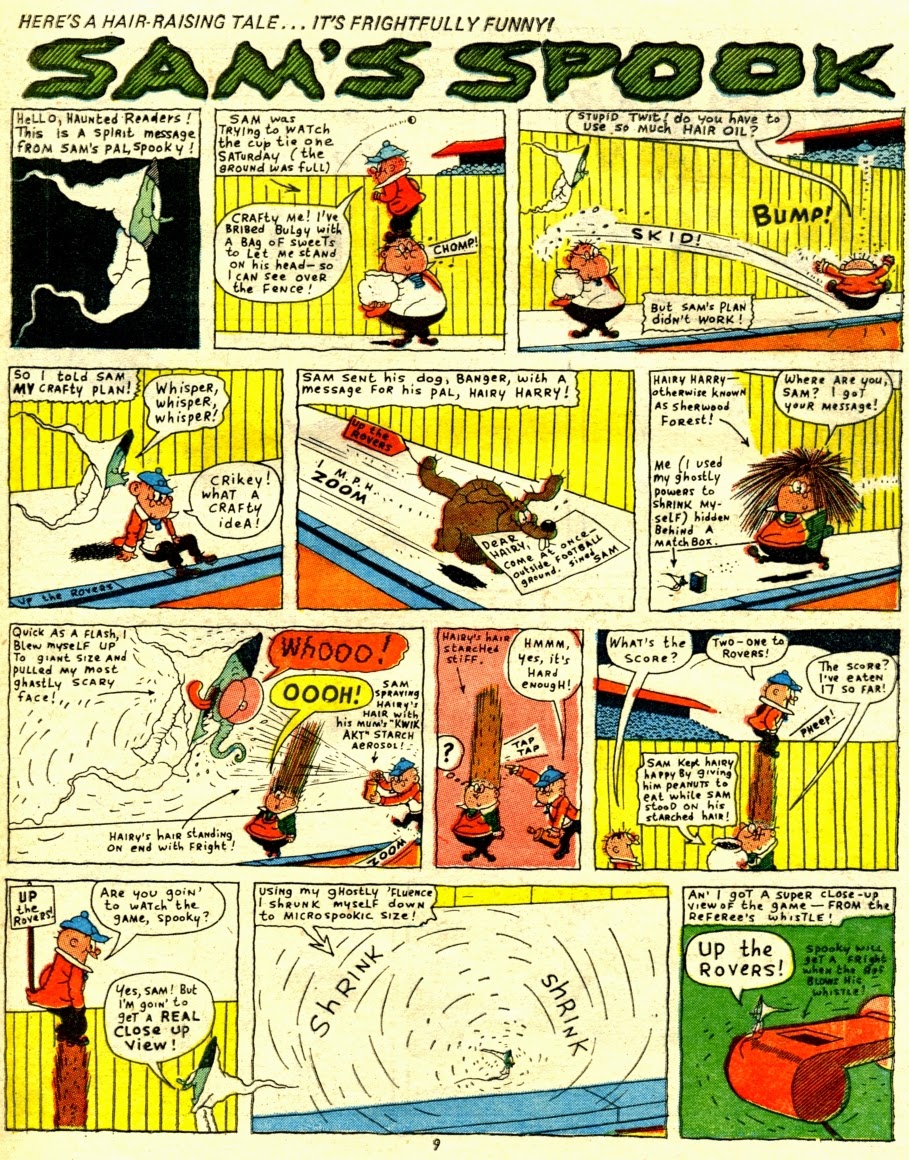 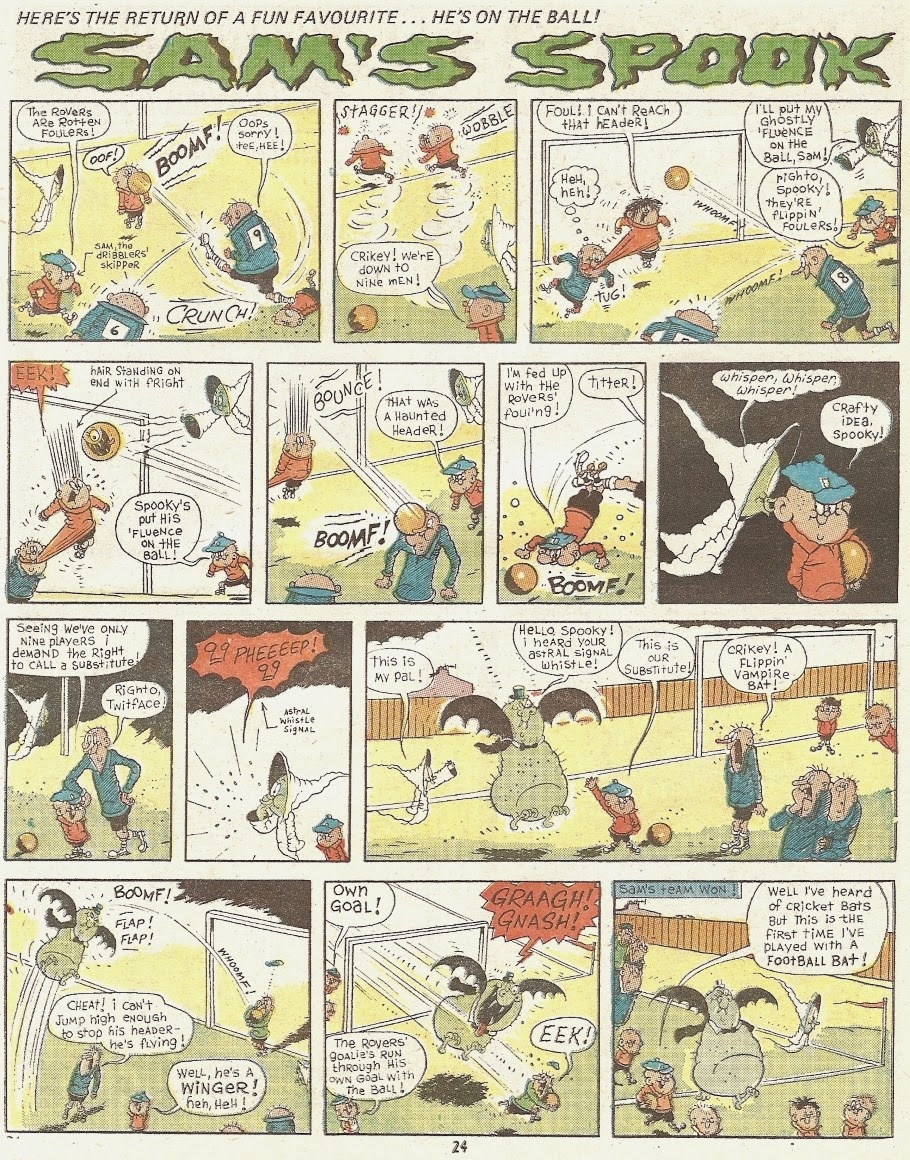 Hairy only made one appearance in MFC No. 7. I am unsure if it was a reprint and if it was one, I don’t know where from. Can anyone help? 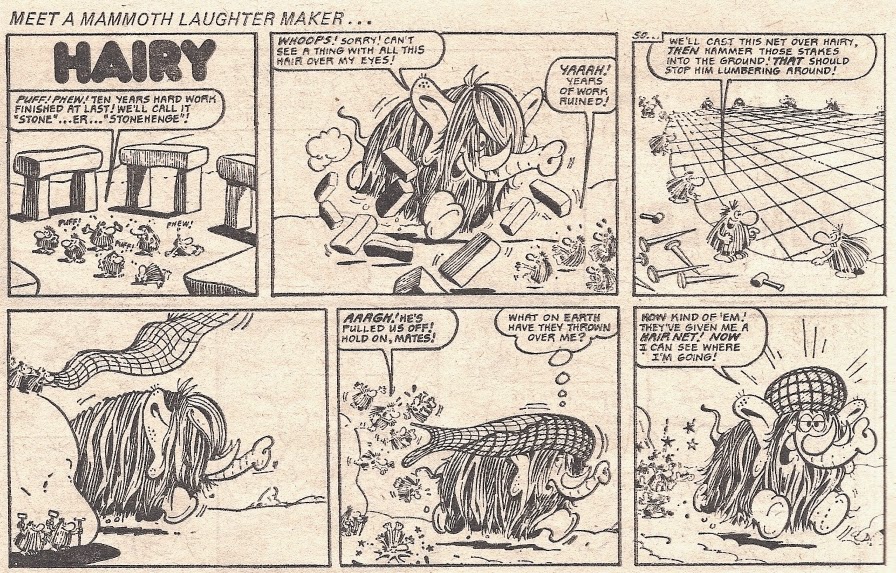 All Images 2014 © Egmont UK Ltd.  All rights reserved. Used with permission.
Posted by Irmantas at 10:42 AM No comments:

Stoneage Brit Ancient Nit was a short-lived series in the vein of the Flintstones telling adventures of a little pre-historic kid. Weekly antics involved mammoths, dinosaurs, etc. Stoneage Brit had an enemy named Ug who was an ape-like club-wielding brute.  The feature was quite similar to Glugg - a strip that appeared in WHAM! in the 60s. One of the things that Stoneage Brit had in common with Glugg was his turn for innovation and invention

The artwork was rather crude – perhaps appropriately for a strip about pre-historic times.  Stoneage Brit Ancient Nit lasted until 7th November, 1970 (issue No. 23) and missed a couple of weeks towards the end of its modest run (it did not appear on 26th September, 1970 and 10th October, 1970 (issue Nos. 17 and 19)). It was hardly missed by many when it disappeared from the pages of COR!!


Thanks to Niblet who referred me to the appropriate post on another blog (see comments below), I can now add that the illustrator was Tony Goffe.

And now I’ll take a deep breath before the next batch of three or four posts that I plan to devote to one of the most exciting COR!! strips - Kid Chameleon…
Posted by Irmantas at 7:11 PM 4 comments: