Scream Inn ended in WHOOPEE! issue cover-dated 1st October 1977 when the Innkeeper won the million. A week later he decided to use the prize money to set up Spooktacular 7, inspired by The Magnificent Seven film. The feature continued until 22nd July, 1978, and here is the only X-mas episode of Spooktacular 7 that also turned out to be the last one for Innkeeper & Co. 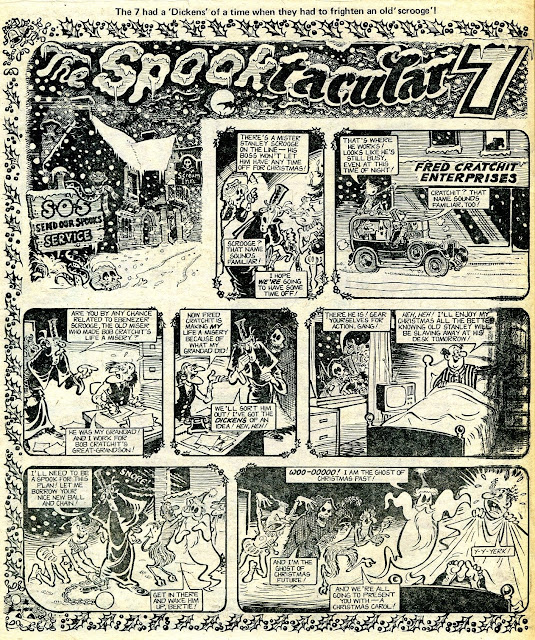 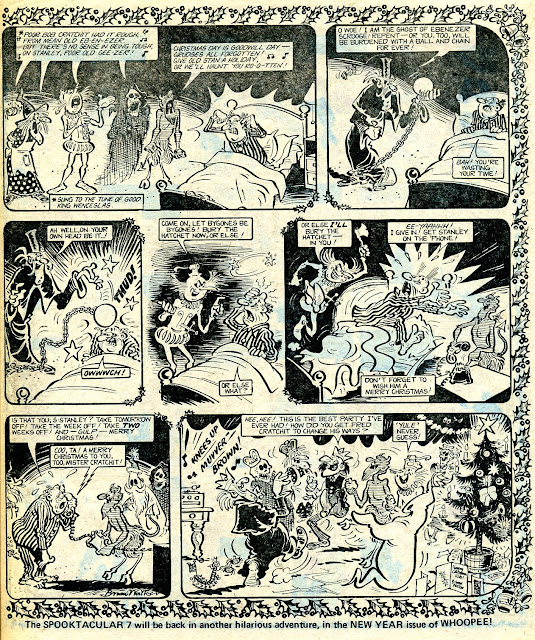 Posted by Irmantas at 7:21 PM No comments: