LAWSON WOOD INTERVIEW – HOW I DRAW


I did a post or two about the excellent Lawson Wood in the past, and this time I would like to share this short interview printed in a little booklet published by British & Dominions School of Drawing Ltd. London in the 1930s. 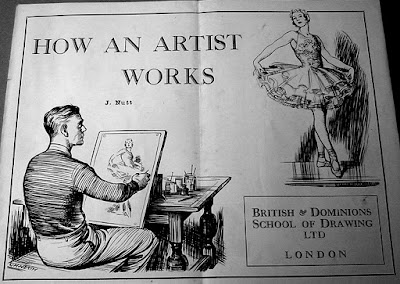 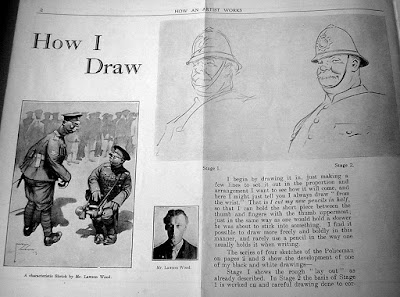 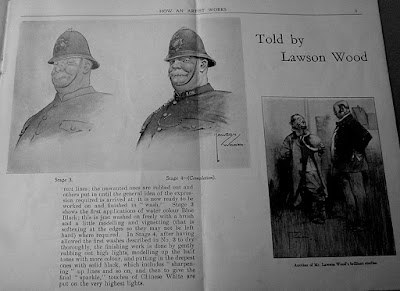 Here are two nice drawings by Lawson Wood in the spirit of the approaching holiday season. 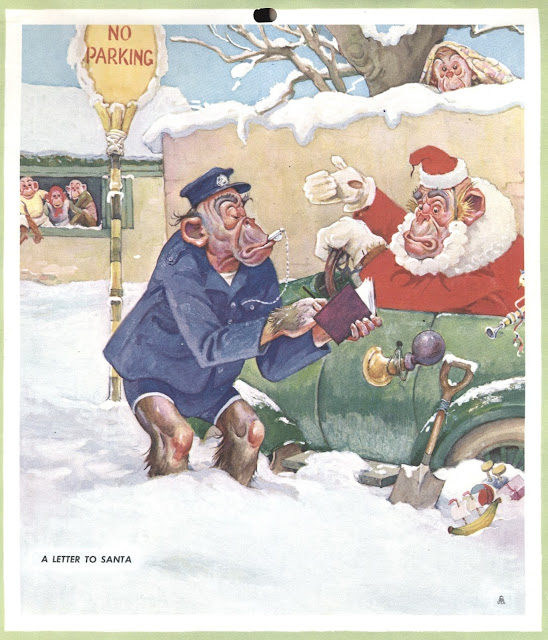 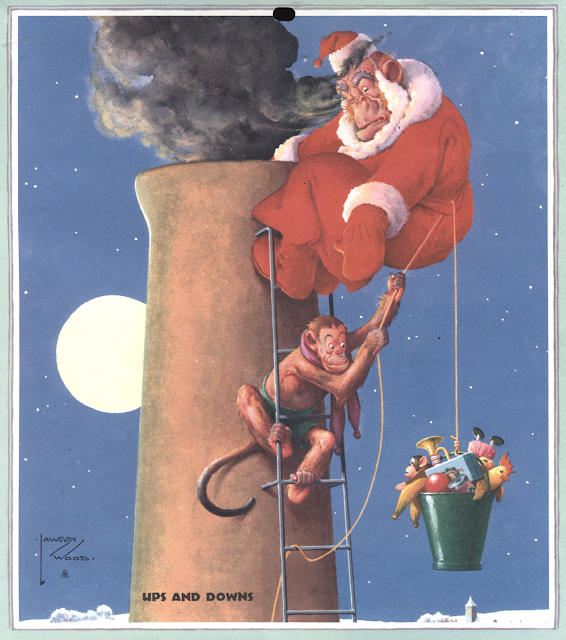 
Lawson Wood (1878 – 1957) was a British artist and illustrator who is probably best remembered for his humorous depictions of a chimpanzee called Gran'pop – a character featured in a series of annuals. His work appears to have been very popular on both sides of the Atlantic and was widely used by advertising agencies, manufacturers of postcards, trading cards, calendars, puzzles and whatnot. I first saw his drawings and distinctive signature on the front covers of early issues of the nursery comic Playhour. Here is the first one with the chimps cover, unsigned: 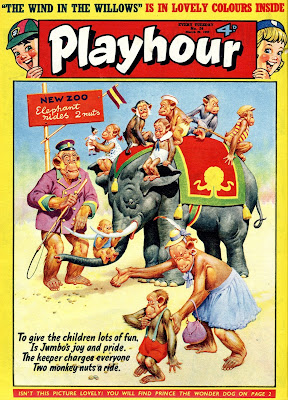 I was browsing eBay the other day and found something described as Lawson Wood German Porcelain figurine, offered by a seller in Germany. I’ve heard about "The Lawson Woodies” line of wooden toys but not about porcelain figurines. According to the description, it was made ca. 1930. It depicts a sinister penguin and is 30 cms tall.

I am not into this kind of collectibles and have no idea about their value but this example attracted quite a bit of attention and sold for £ 67.00. I wonder if the buyer wanted it because of Lawson Wood connection or for other reasons? Anyway, here are some images courtesy of eBay: 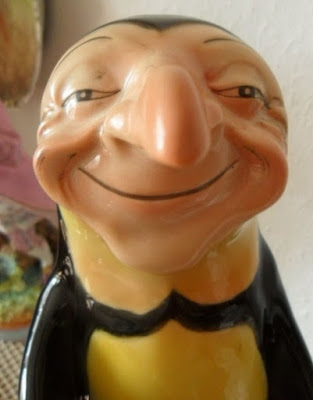 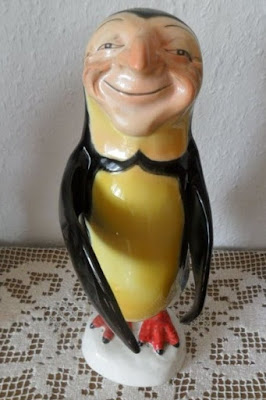 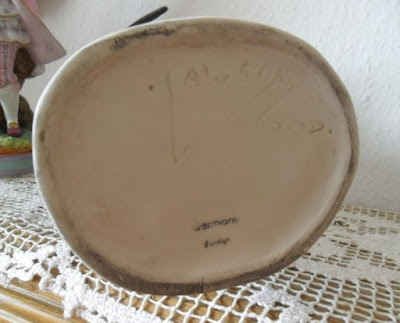 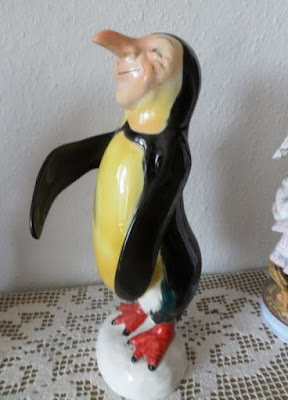 In an unlikely event if you are not familiar with this prolific artist, here are some fine examples of Lawson Wood's Gran’pop work: 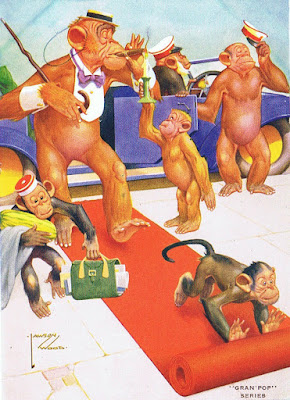 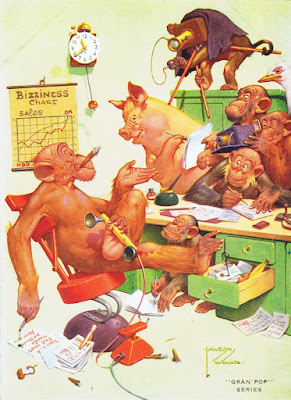 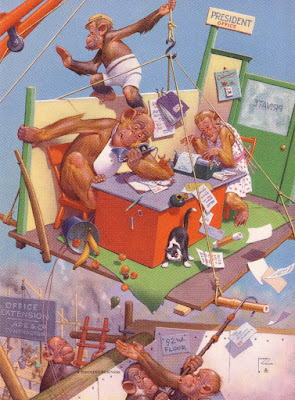 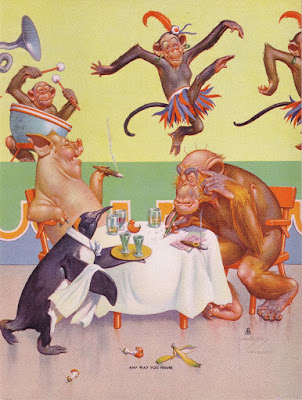 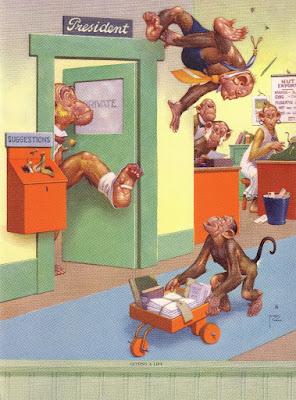 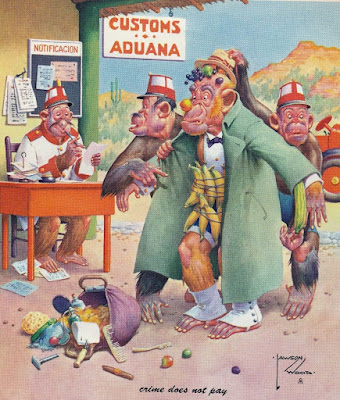 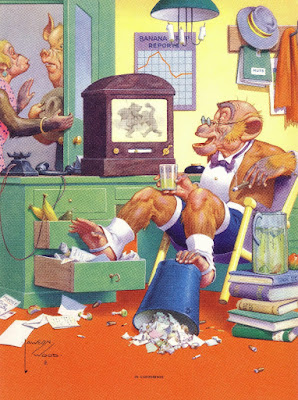 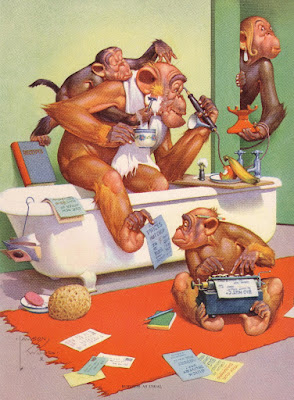 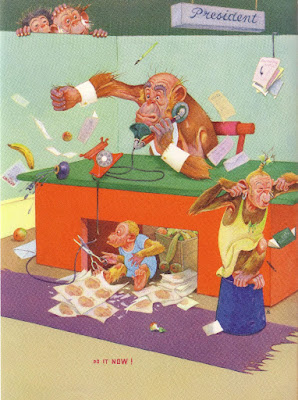 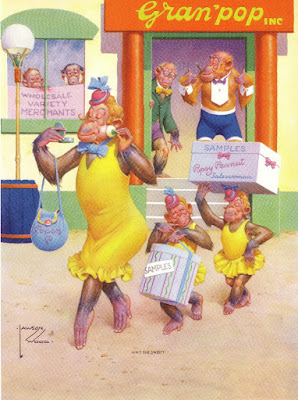