A LOOK AT SHIVER AND SHAKE STRIPS: THE DUKE’S SPOOK


Shiver the spook waited on the old Duke and they got along well until the Duke decided he needed a new butler and hired Grimes, an experienced professional. The toffee-nosed newcomer and the resident spook instantly became rivals and foes, both eager to get into the Duke’s good books. Neither the spook nor the butler was a model servant: Shiver was a lazy glutton, while Grimes never missed an opportunity to make some money at the Duke’s expense. 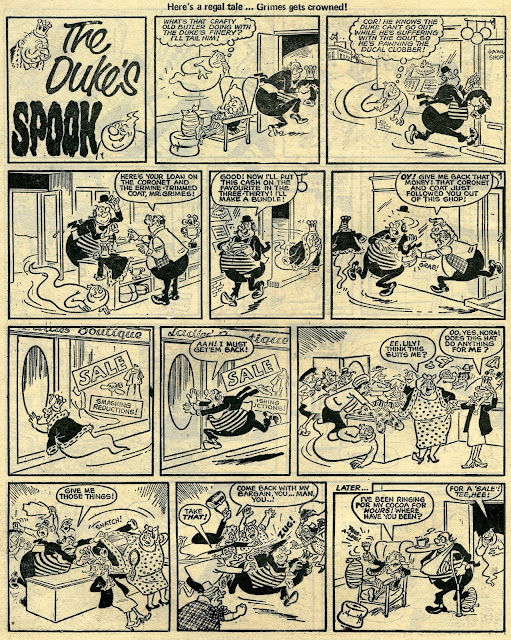 Grimes was mean towards Shiver and used different tricks to get rid of him but his schemes often backfired and landed Grimes in trouble with the Duke whose sympathies were usually with the spook. A few months into the run the antagonism between Shiver and Grimes acquired an extra dimension because Shiver became obsessed with pinching food (just like his old self in COR!!), while Grimes concentrated on making sure that the spook was kept well away from grub. 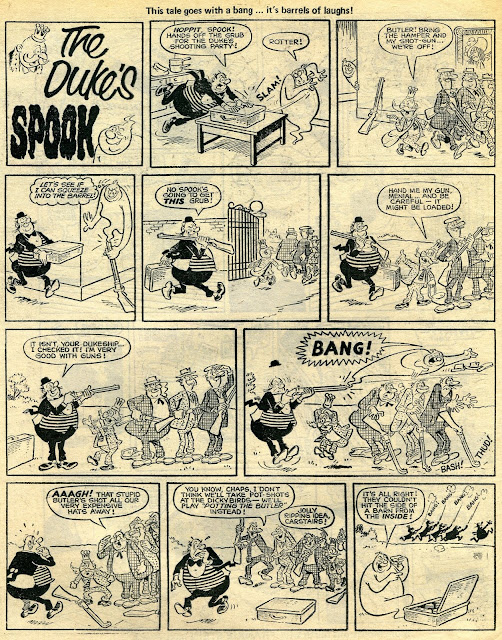 On a few rare occasions the two rivals put their differences aside and joined forces for a common cause: 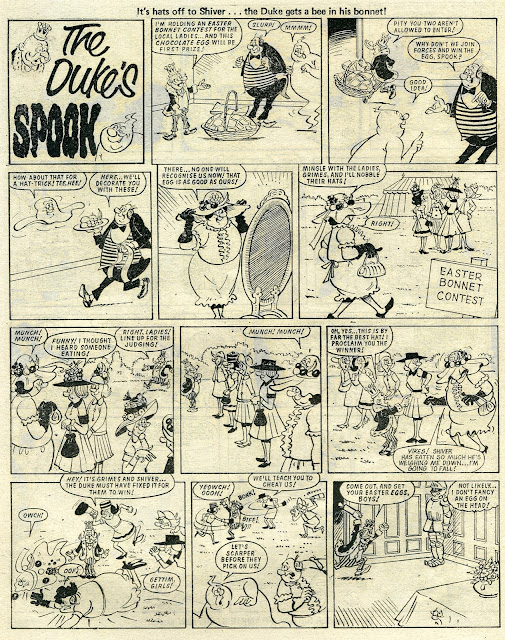 As it was already mentioned a few times in this series, Shiver had his roots in COR!! comic that was still around during most of SHIVER AND SHAKE’s lifetime. It is nice to see the artist plug the sister publication by putting it into the hands of the former COR!! character in this set from issue SHIVER AND SHAKE No. 31 (6th October, 1973): 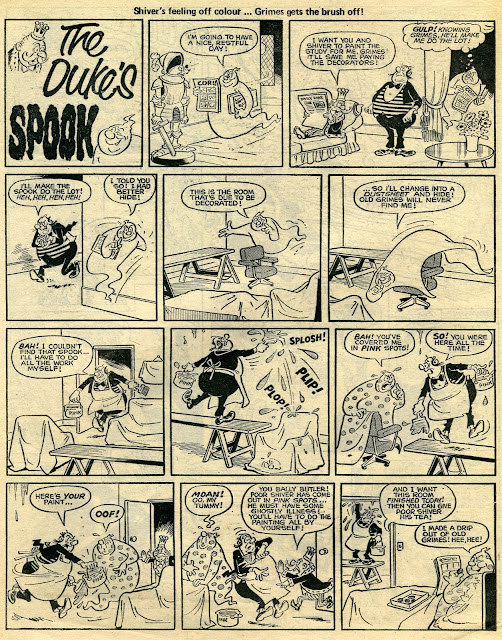 The b/w feature was illustrated by Arthur Martin who was later replaced by another artist whose name I don’t know. The Duke’s Spook didn’t miss a single issue but failed to survive merger with WHOOPEE! in the autumn of 1974. The caption beneath the last episode in Shiver and Shake No. 79, however, announced that Shiver was to appear in WHOOPEE! AND SHIVER AND SHAKE. After the merger the character starred on the front cover of SHIVER AND SHAKE section of the new combined comic until it was dropped early in 1976.
Posted by Irmantas at 7:30 PM No comments: