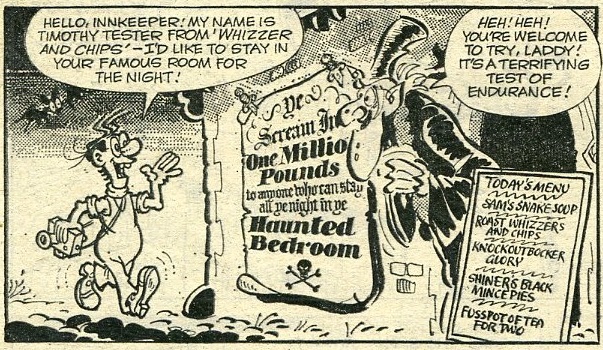 Time for the second guest appearance at Scream Inn that can be found in SHIVER AND SHAKE No. 52 cover-dated March 2nd, 1974.

This is quite an unusual example: firstly, it was in fact Scream Inn that appeared in another strip; secondly, the strip itself was a guest from Shiver and Shake’s sister comic: Timothy Tester ran for quite a while (1972 – 1979) in WHIZZER AND CHIPS. The illustrator and presumably the writer of Timothy Tester was Cliff Brown who lived not far from Scream Inn artist Brian Walker. In his interview for GOLDEN FUN fanzine (Winter 1979) Brian Walker said that Cliff would come over to Brian’s studio for a day each week and they’d go over the script of Scream Inn together. It looks like that week they spent more time together because the two pages below are clearly the result of a joint effort! 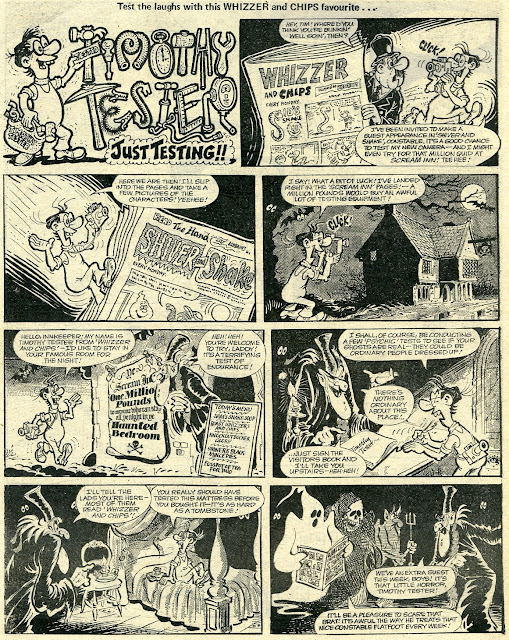 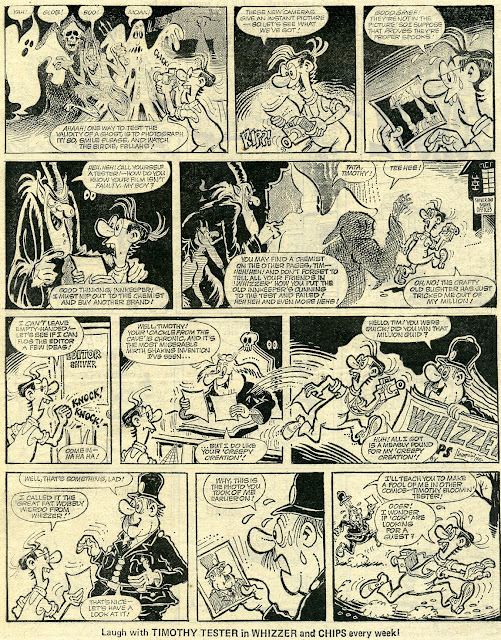