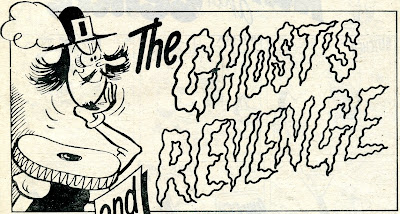 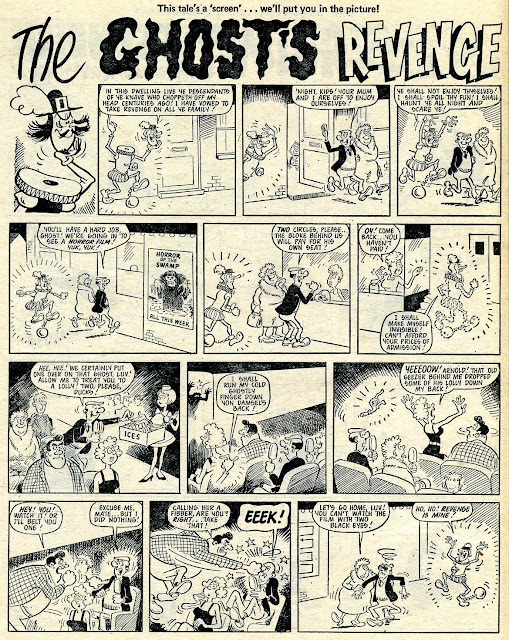 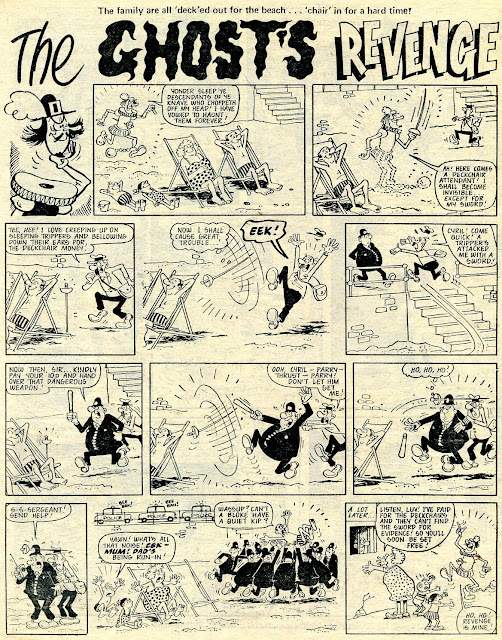 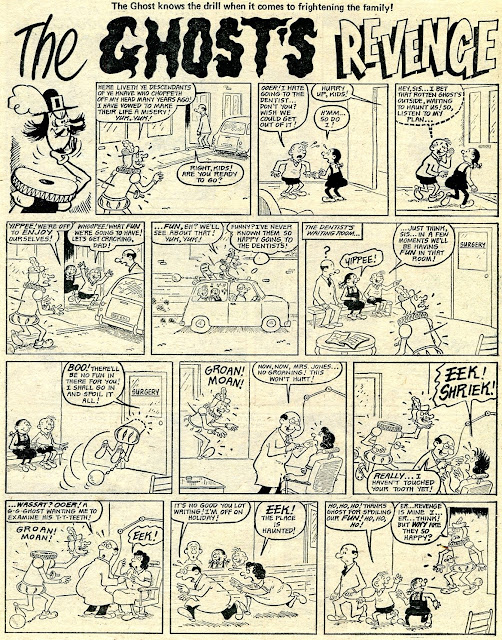 
Willy Worry was a strip about a kid who always worried himself sick over nothing. Willy worried about all kinds of things and when he became worried about something, he’d start daydreaming and imagining the consequences of the idea or phrase that got him worried. In the opening episode Mum tells Dad (whose name is Bert) to tidy up the garden because if it carries growing wild, it’ll be like living in a jungle. The words trigger Willy’s worries and he imagines his family living in a jungle.

Willy’s worries began in COR!! issue dated 6th October, 1973 (No. 175) and continued regularly until the very last issue. After COR!! folded, Willy Worry found a new home in the pages of Whoopee! where the strip continued for as long as until the middle of 1978. Quite a large number of weekly episodes in COR!! were in full colour, besides Willy made one front cover appearance in the issue dated 28th January, 1974 (No. 191). The illustrator was David Jenner.