Wonder Worm was the last of reprints in COR!! The original series appeared in BUSTER in 1966-1968 where it lasted 129 weeks. Wonder Worm was a strong little fella who could “wiggle his way out of anything”. At one point he took a “Through-the-World” holiday when every week he burrowed underground and made random surfacings without knowing where he will pop up – Wild West, Mexico (where he performed in a bull-ring), Tibet (where he defeated the abominable snowman), southern USA, Venice Italy, China, Arabian desert, Swiss Alps, a beach in the West Indies, a football pitch, etc.

Here is the first episode from COR!! issue dated 18th November, 1972 (No. 129) in which Wonder Worm discovers his strength. This was also the first episode of the original series in BUSTER dated 12th February 1966: 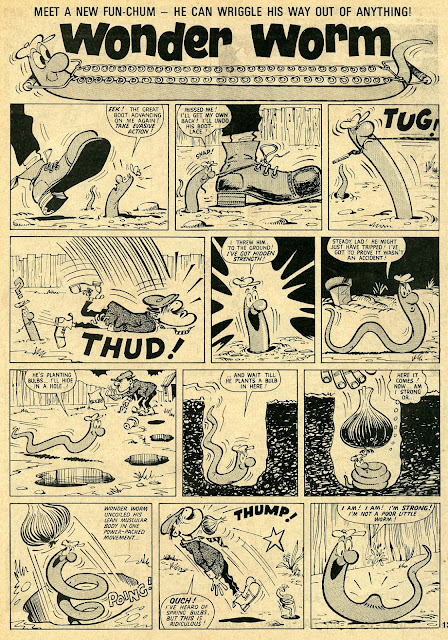 The feature was illustrated by no less than two different artists, the name of the main one is unknown to me, while later in the run illustrator’s duties were given to the prolific Reg Parlett. Both the original BUSTER series and the COR!! reprints were in black and white but in COR!! a number of the episodes towards the end of the run were in full colour, including the three-part serial by Reg Parlett shown below in which Wonder Worm searches for the missing ravens from the Tower of London. 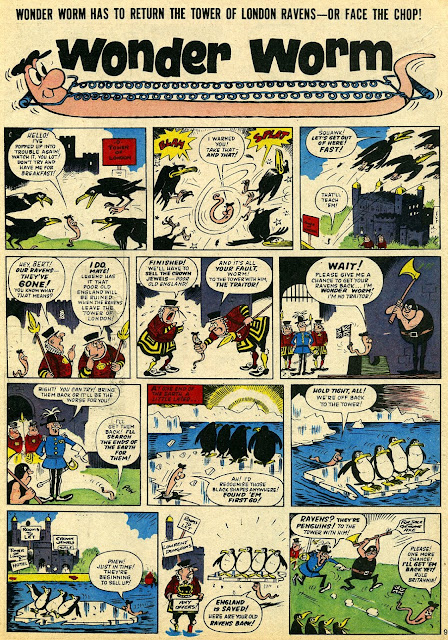 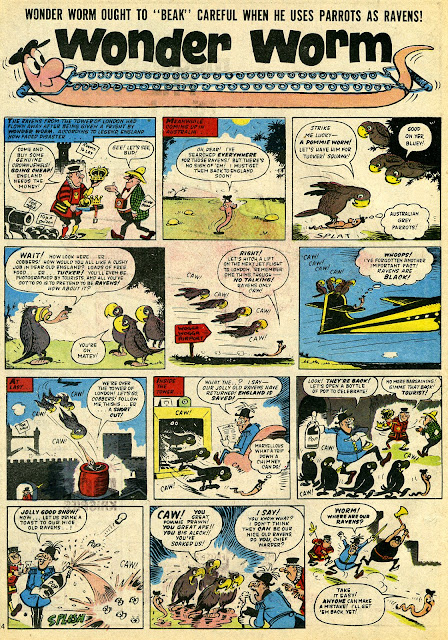