With Scream Inn covered in detail and out of the way, let us now turn to page 8 of Shiver and Shake No. 1 and take a look at Biddy’s Beastly Bloomers. The one-pager illustrated by Sid Burgon depicted adventures of a little girl Biddy and three odd-looking carnivorous flowers that planted themselves in the garden and were at the root of all the trouble to come. The cunning food-grabbing plants were on a permanent grub alert, ready to munch and chop any food they could get at, be it sausages, bacon, sweets or fruit. Biddy’s working-class Dad quickly came to dislike them and plotted different schemes to get rid of the creepy creepers but always ended up in trouble. 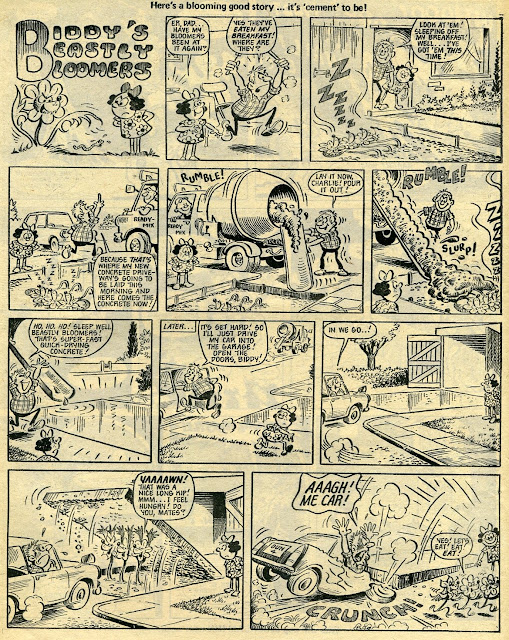 Biddy’s Beastly Bloomers had a very short run in SHIVER AND SHAKE issues 1 to 19 and was part of SHIVER section where the feature appeared on page 8. The total number of episodes came to 17 because it didn’t appear in issues 7 and 11. 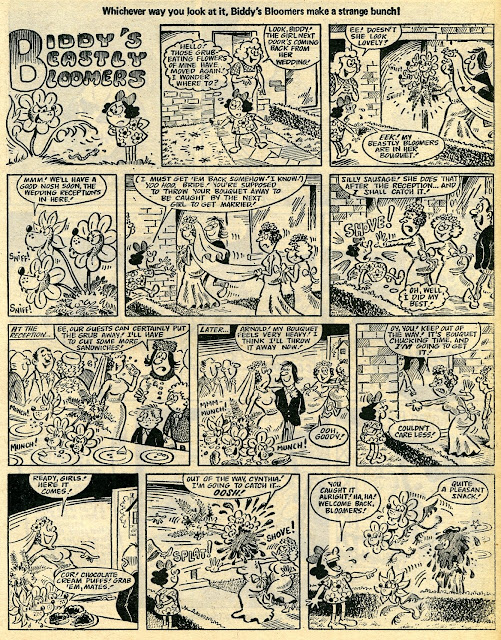 Posted by Irmantas at 7:24 PM No comments: