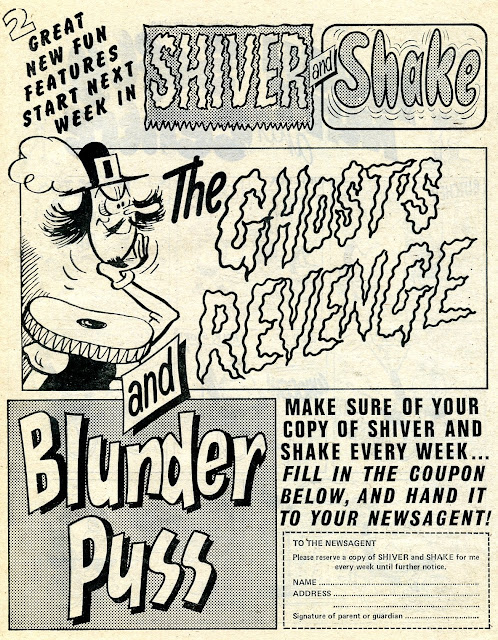 Blunder Puss was the World’s most accident-prone cat. In the introductory episode we find out that Blunder Puss has already lost eight of his cat’s lives so he only has one left. The clumsy and clueless puss would be as good as doomed if it wasn’t for the help from the eight souls of his expired lives who became his guardian angels: 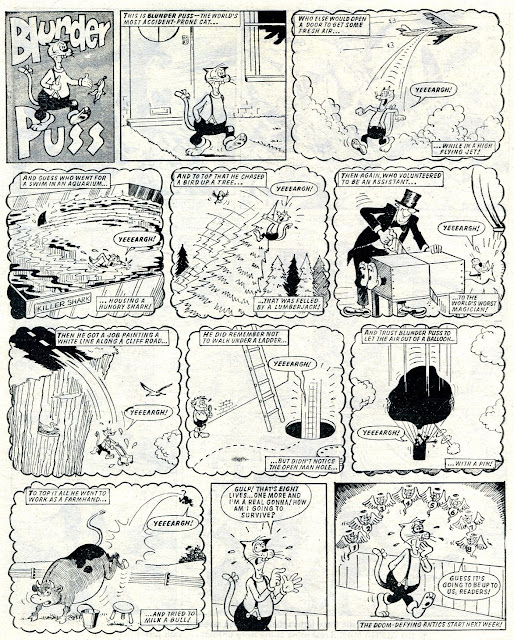 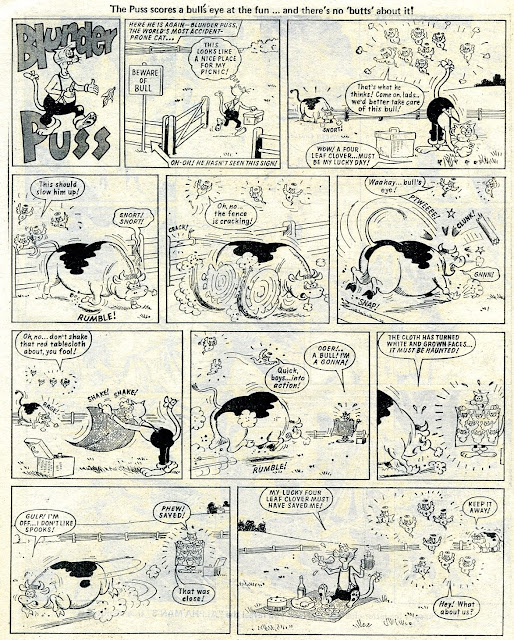 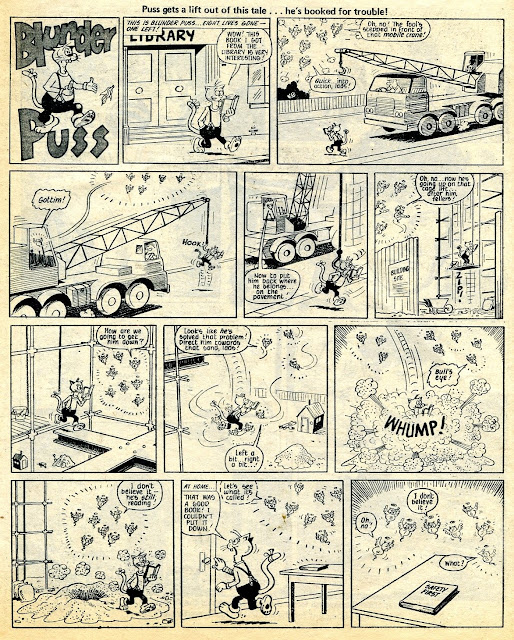 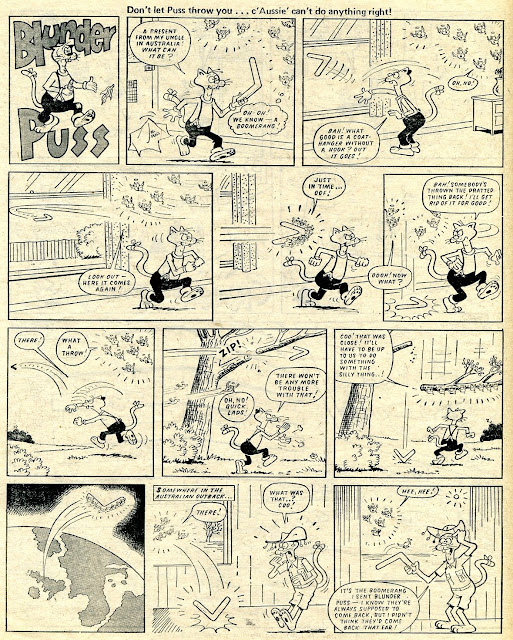 Blunder Puss was illustrated by Jim Crocker. The strip was part of SHAKE section and ran until the last issue of SHIVER AND SHAKE missing just one week (you won’t find it in issue No. 73 with the cover date of 24th August, 1974). It survived merger with WHOOPEE and continued to appear on the pages of its new home until the end of February of 1976. (whoever wrote the script didn’t bother with a proper ending of the series – the strip was put to rest quite abruptly without an apparent reason for this and no, Puss didn’t lose his last life in the final episode).  Blunder Puss must have been doing pretty well in the popularity charts of WHOOPEE! and often received full colour privileges. The colour logo at the top of this post is from the Whoopee! era.
Posted by Irmantas at 6:36 AM 1 comment: