SMASH! No. 3 (19th February, 1966) had as many as four strips with the footy theme! Plus a nice Bad Penny rugby set signed by Leo Baxendale, but this is a football post, so it doesn’t count :)

Percy's Pets was drawn by Cyril Price, Tellybugs by George Parlett, Charlie's Choice by Brian Lewis. Absence of Leo Baxendale’s signature in The Swots and the Blots set suggests it may be by one of his ghosters... 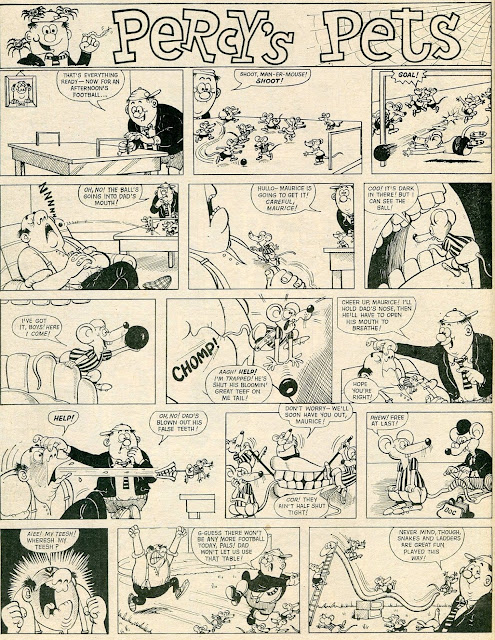 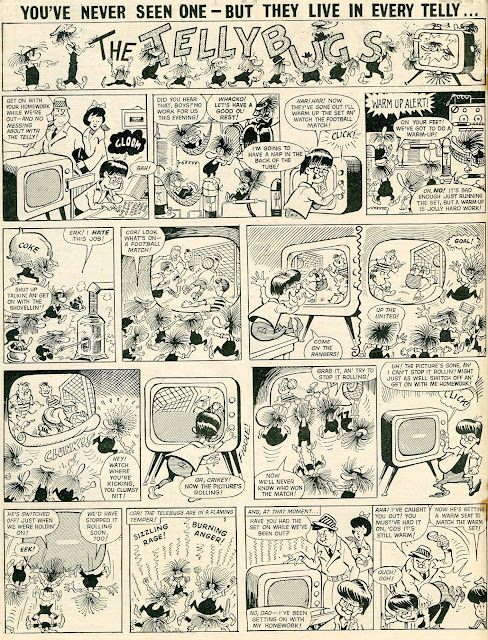 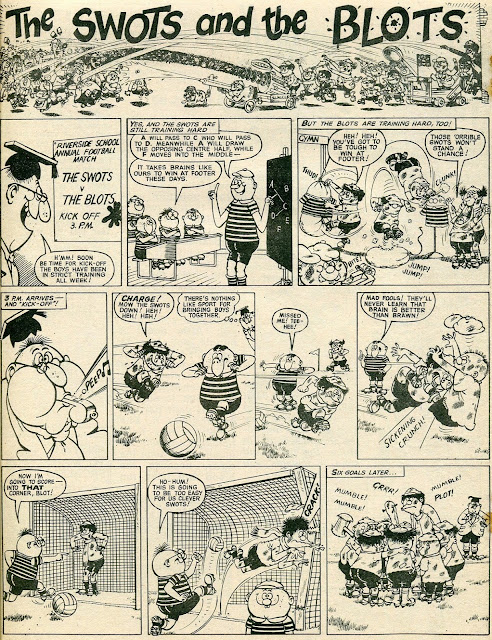 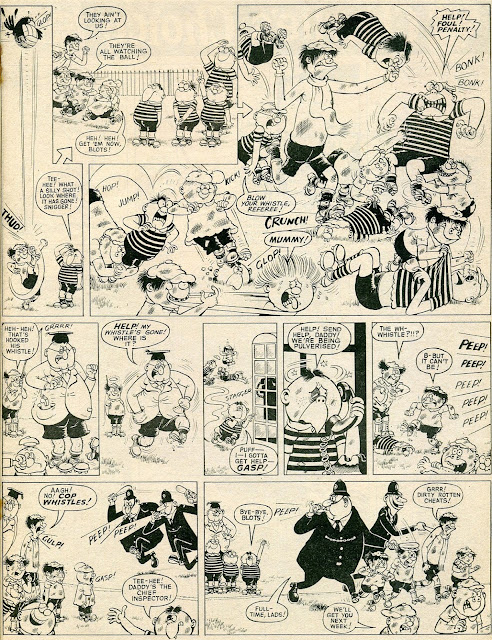 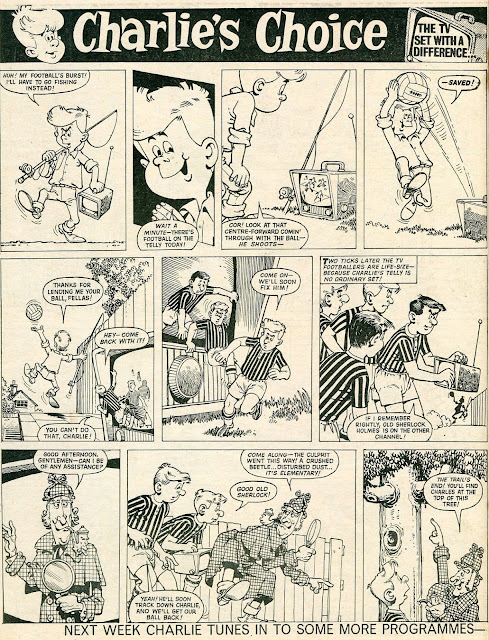 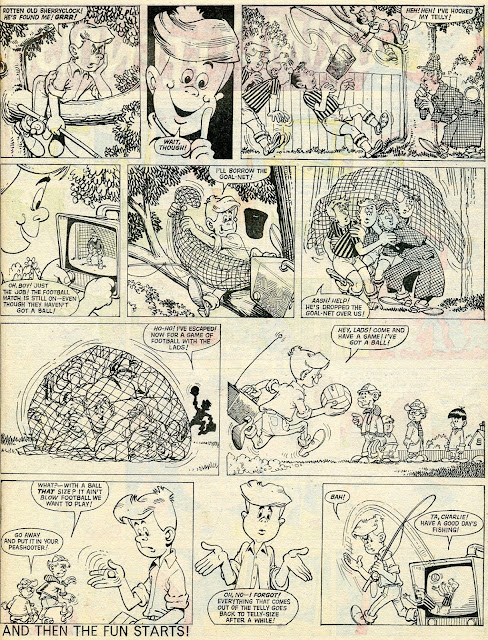 Tricky Dicky (not to be confused with the character in TOPPER of the late 70s) was a strip about a boy who could get out of anything. “When it comes to dodging, or dallying, this kid’s in a class of his own” – said the caption above the first episode in COR!! No. 1. Although the idea around which the character was developed wasn’t novel at all, readers probably found Dicky’s simple weekly tricks and dodges amusing: the strip managed a lengthy run of more than three years, ending on 29th September, 1973 (issue 174).

Comparison of the early and the later episodes reveals a bad case of “reverse aging” of the main character – in the early episodes he looked like a boy in his early teens and got younger instead of older in the course of time. The artist was Cyril Price and his style also changed considerably during the run. Check out an early episode from issue No. 3 and the last one of the series side by side: 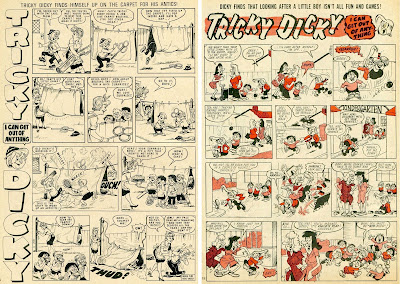 Posted by Irmantas at 4:38 PM No comments: