Monster Hits (Top 10 Gags) was a regular reader participation feature in MONSTER FUN COMIC in which readers were offered cash prizes for sending in their jokes. Every week contributors of the gags ranked 10 to 2 in the “chuckle charts” received a pound each, while the sender of that week’s chart-topper (printed at the bottom of the page) collected 2 quid. Production process took approx. two months, so the names of the first participants appeared in MFC No. 8.  We may not know who sat on the “panel of experts” that compiled the charts and ranked the jokes at MFC offices but we know who the illustrators were – and this is what matters. 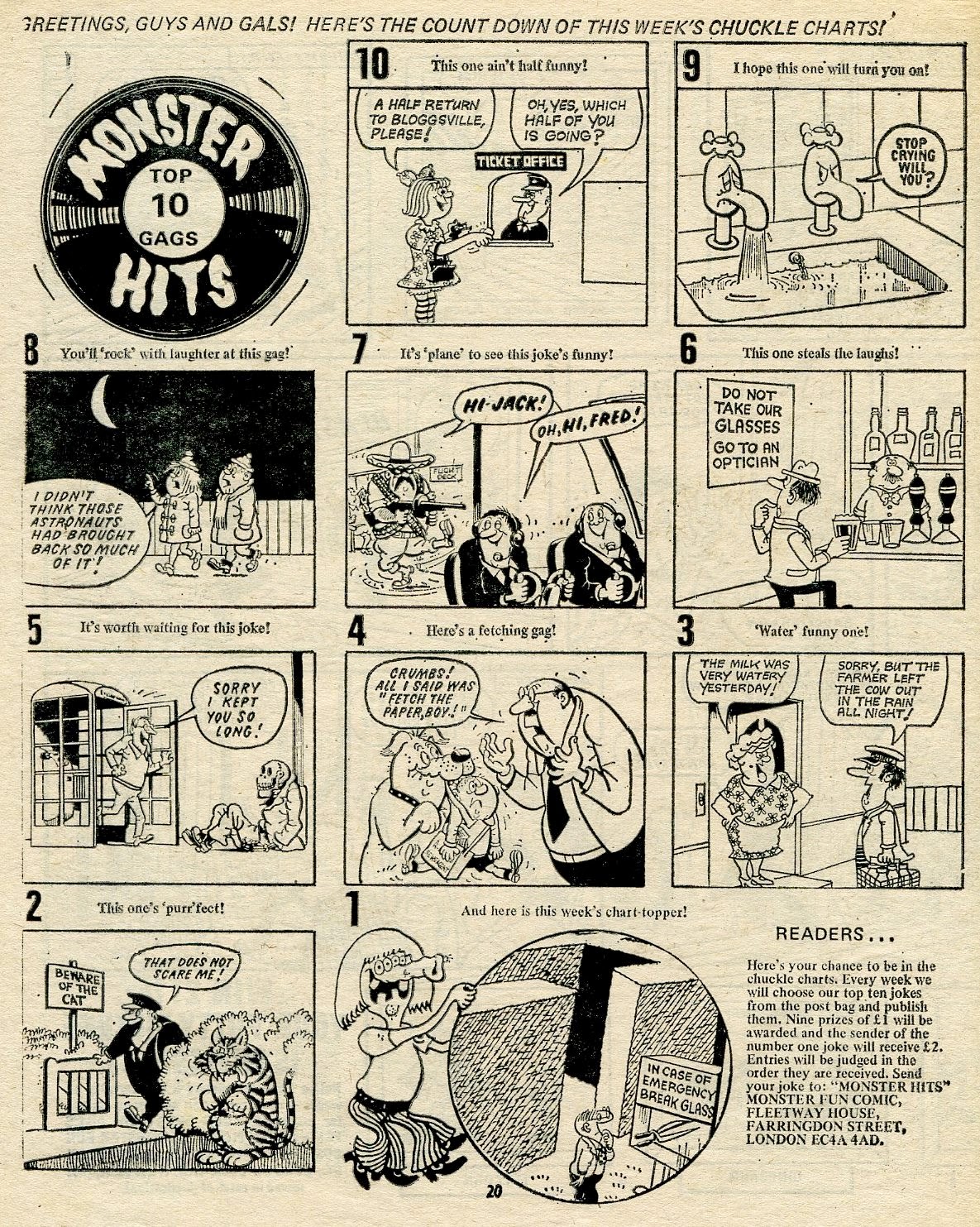 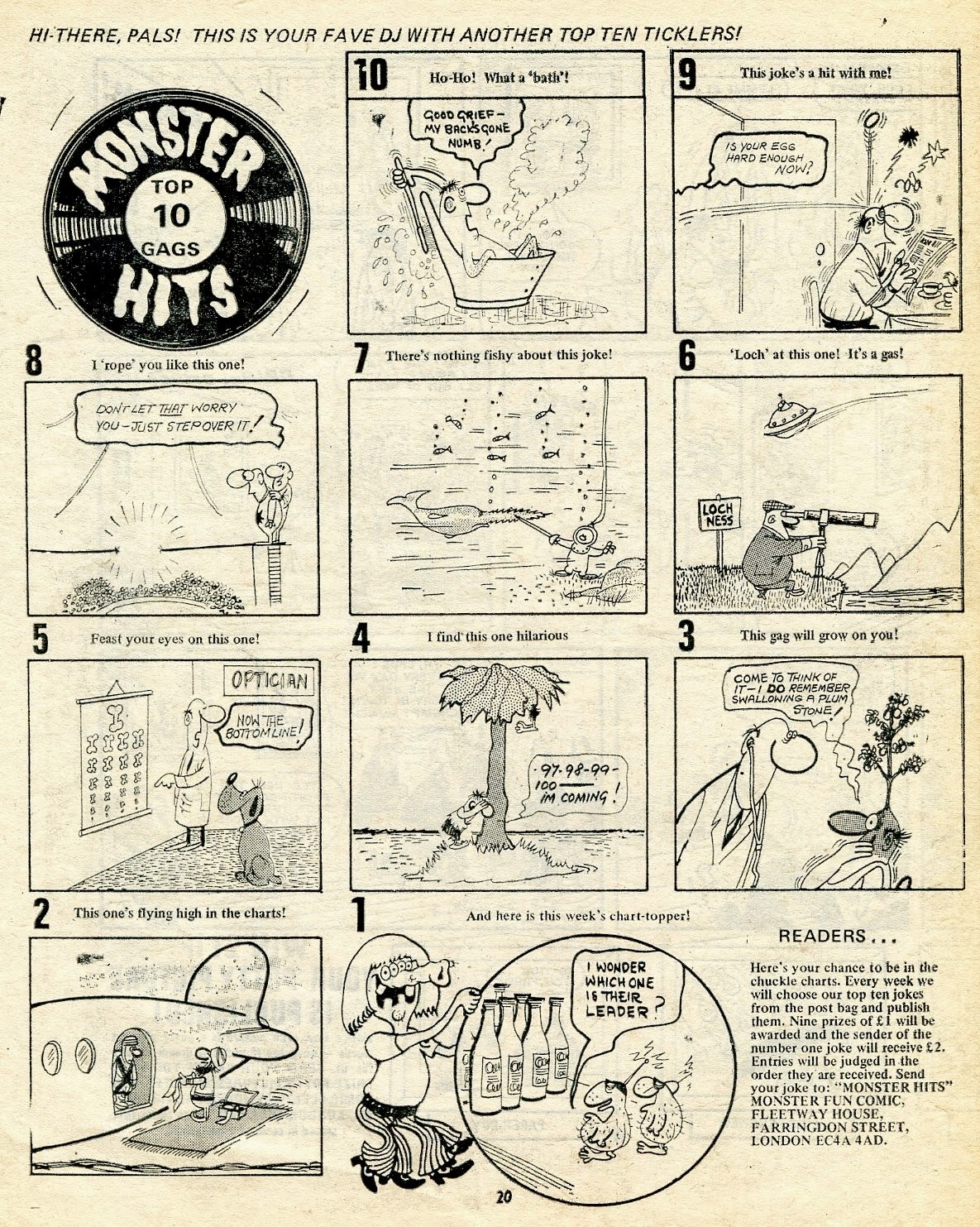 Starting from MFC issue No. 8 the vast majority of the sets were by Tom Paterson whose style was still shaping itself at the time. It looks like at that stage he was studying and trying to imitate Graham Allen – his other strong influence besides Leo Baxendale. Here are two early examples from MFC No. 8 and 14: 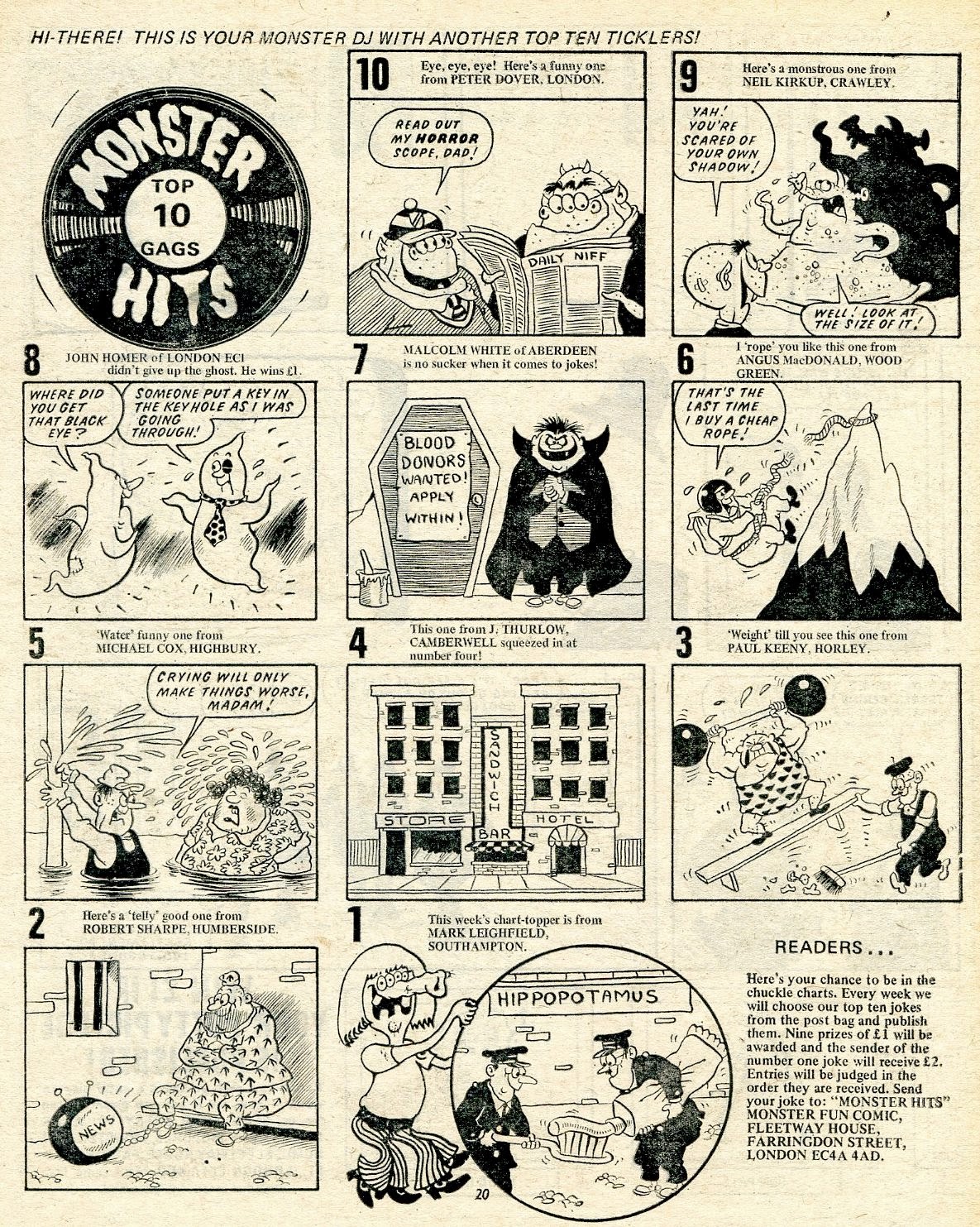 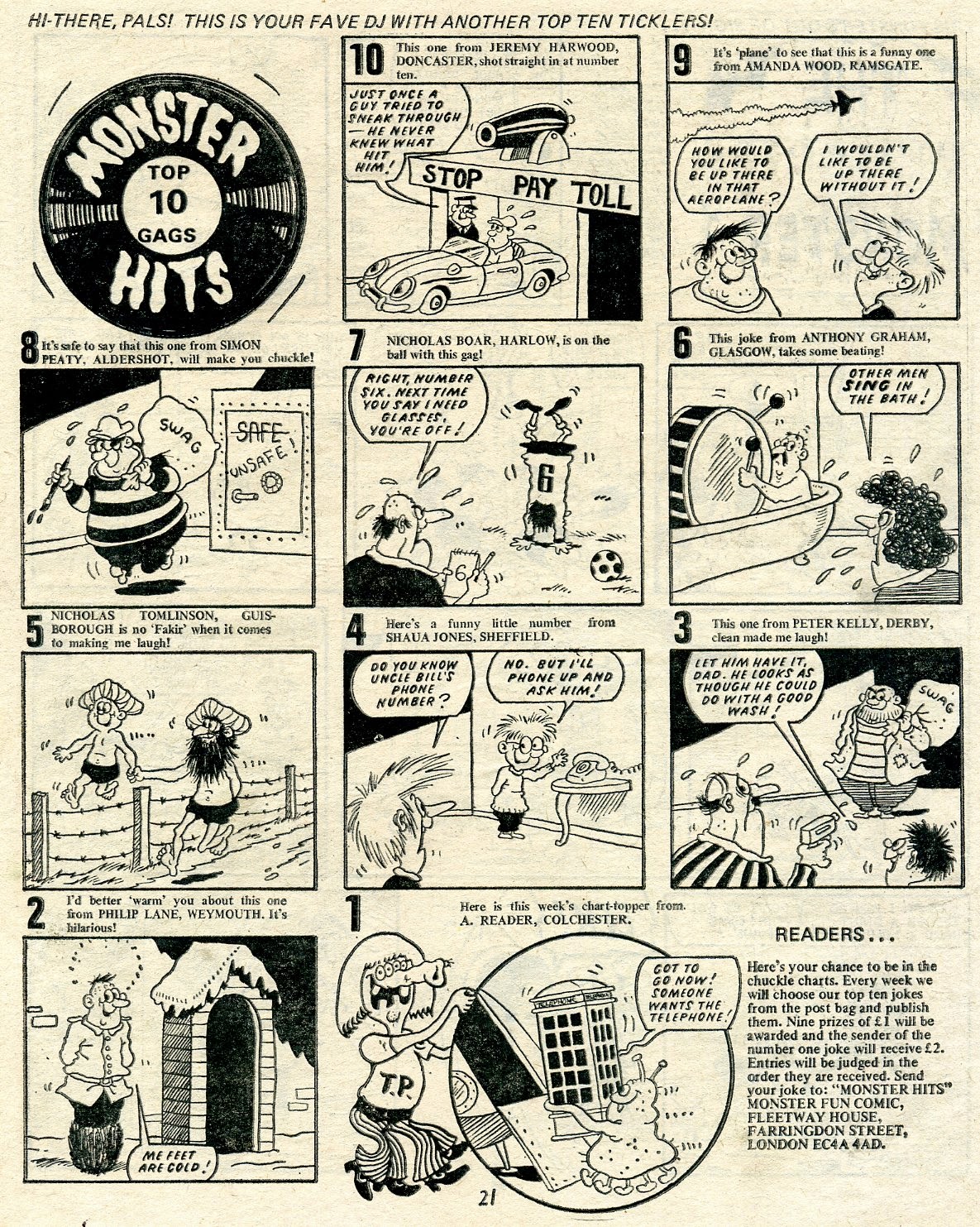 Monster Hits continued throughout the entire run of the comic, missing only one issue (No. 3). All were in b/w except in issues 11, 24 and 26 were they were printed in full colour. This one is from No. 24: 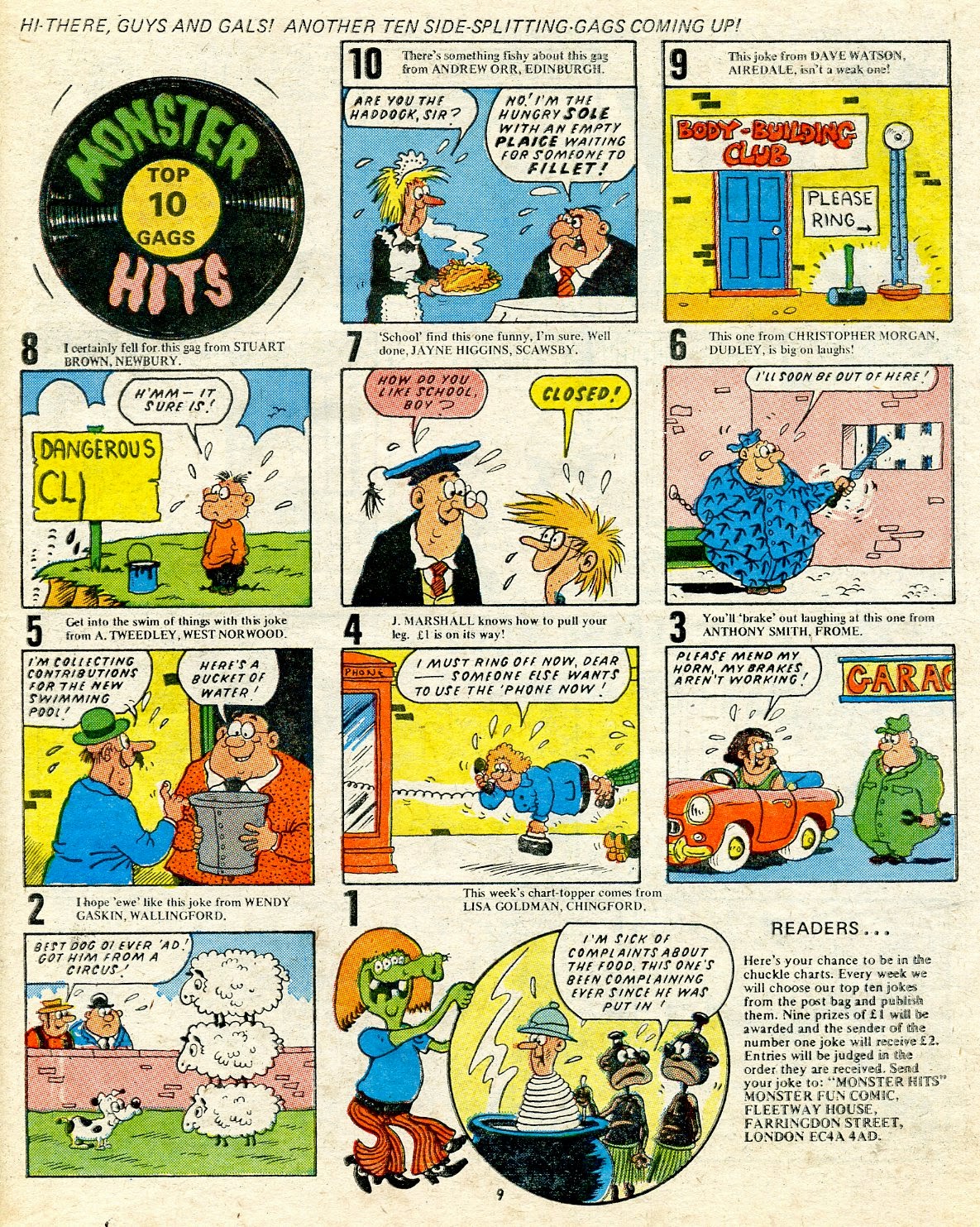