Teddy Scare was the second new strip (alongside Save Our Stan) to be introduced in MFC issue No. 20 (25th October, 1975). This is how the arrival of both new features was advertised in MFC No. 19 the week before: 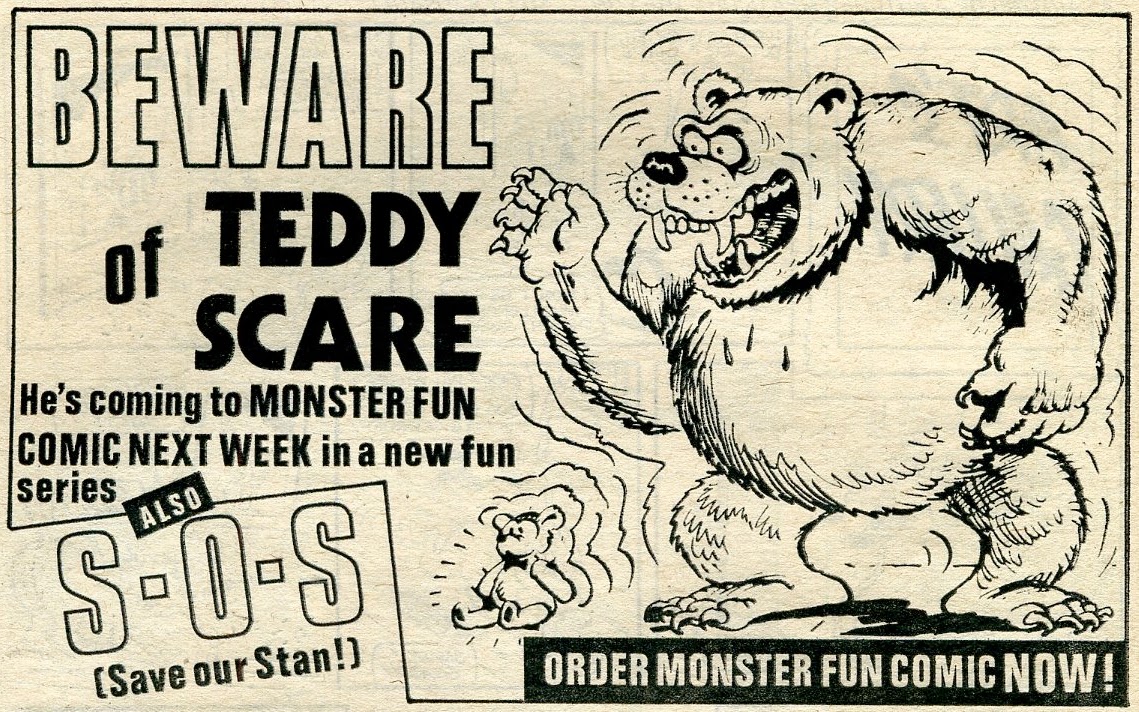 In the opening episode little Eddie Bailey visited an old curiosity shop run by a strange old man and bought himself a second-hand Teddy Bear: 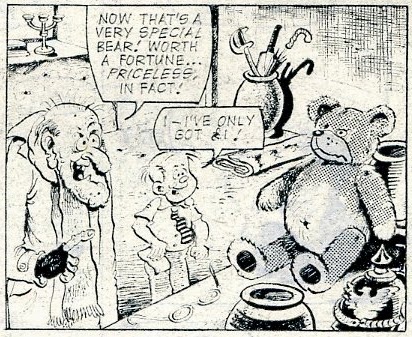 Eddie soon found out that his Teddy was a toy with a BIG difference because it could transform itself into a live giant-size scary bear. From then on the boy always carried Teddy around and unleashed it on evil-doers, meanies, crooks and bullies by telling the toy to ‘do its stuff’.  Teddy could also activate itself on its own initiative, if it saw a need to do so. With very few exceptions, weekly tales always followed the same pattern: some bully or meanie tried to take advantage of Eddie (or someone else), Teddy came to his aid by ‘doing its stuff’ and scaring the pest into a gibbering snotty wreck. Teddy then transformed back into its old toy-self and the bully often ended up looking foolish in the eyes of others. 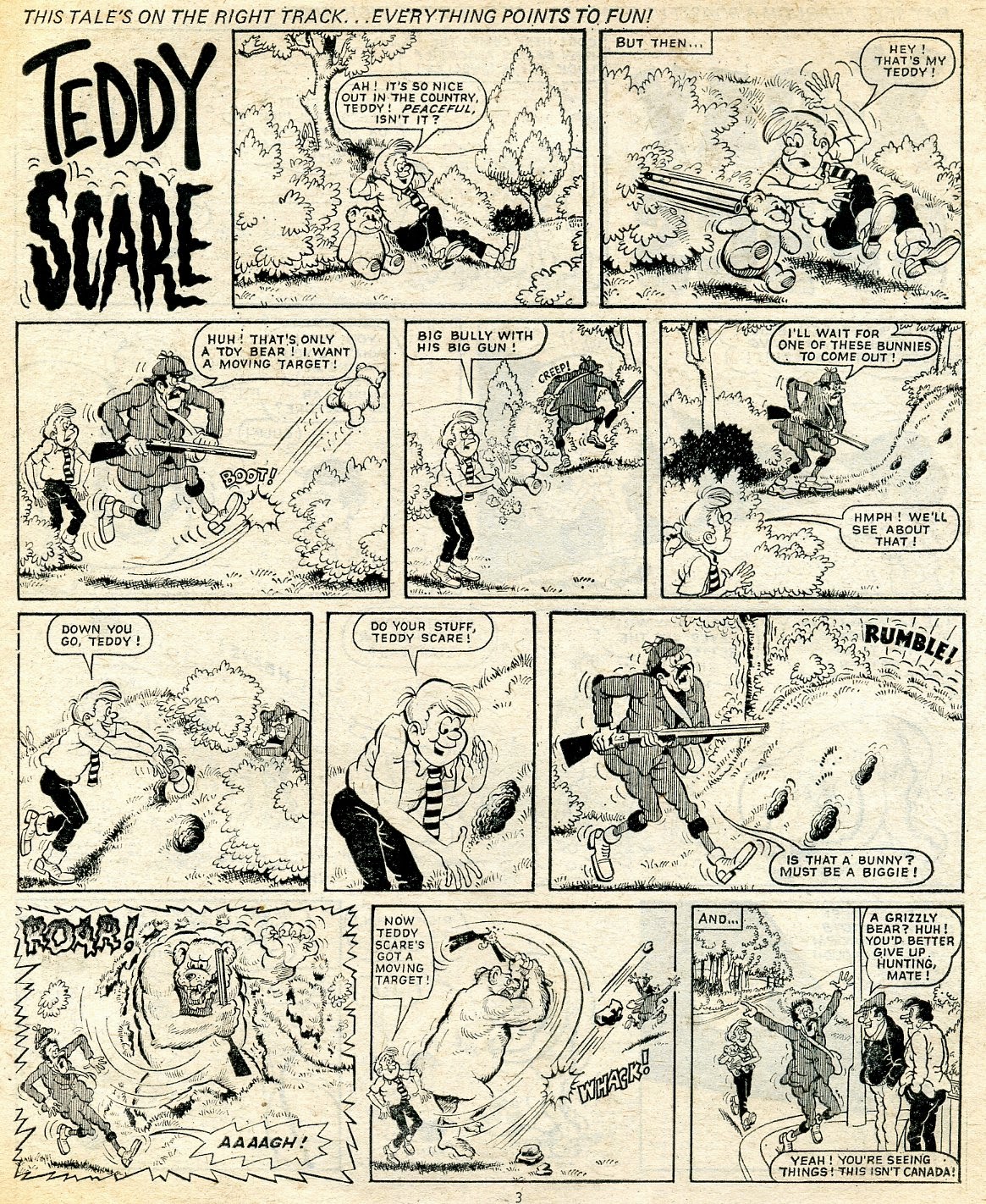 Using this simple formula, the feature continued till the last issue of MFC and only missed one week (No. 47). The popularity of Teddy Scare secured it a regular slot on page 2 or 3 starting from issue No. 35. All sets were in b/w except for the episode in issue No. 26 which was in full colour. Teddy Scare got its own pull-out poster in issue No. 40. The first 35 episodes were illustrated by an artist whose name I don’t know (see two examples above). Starting from issue No. 56, Barrie Appleby took over and continued drawing it to the very end. Here are two examples: 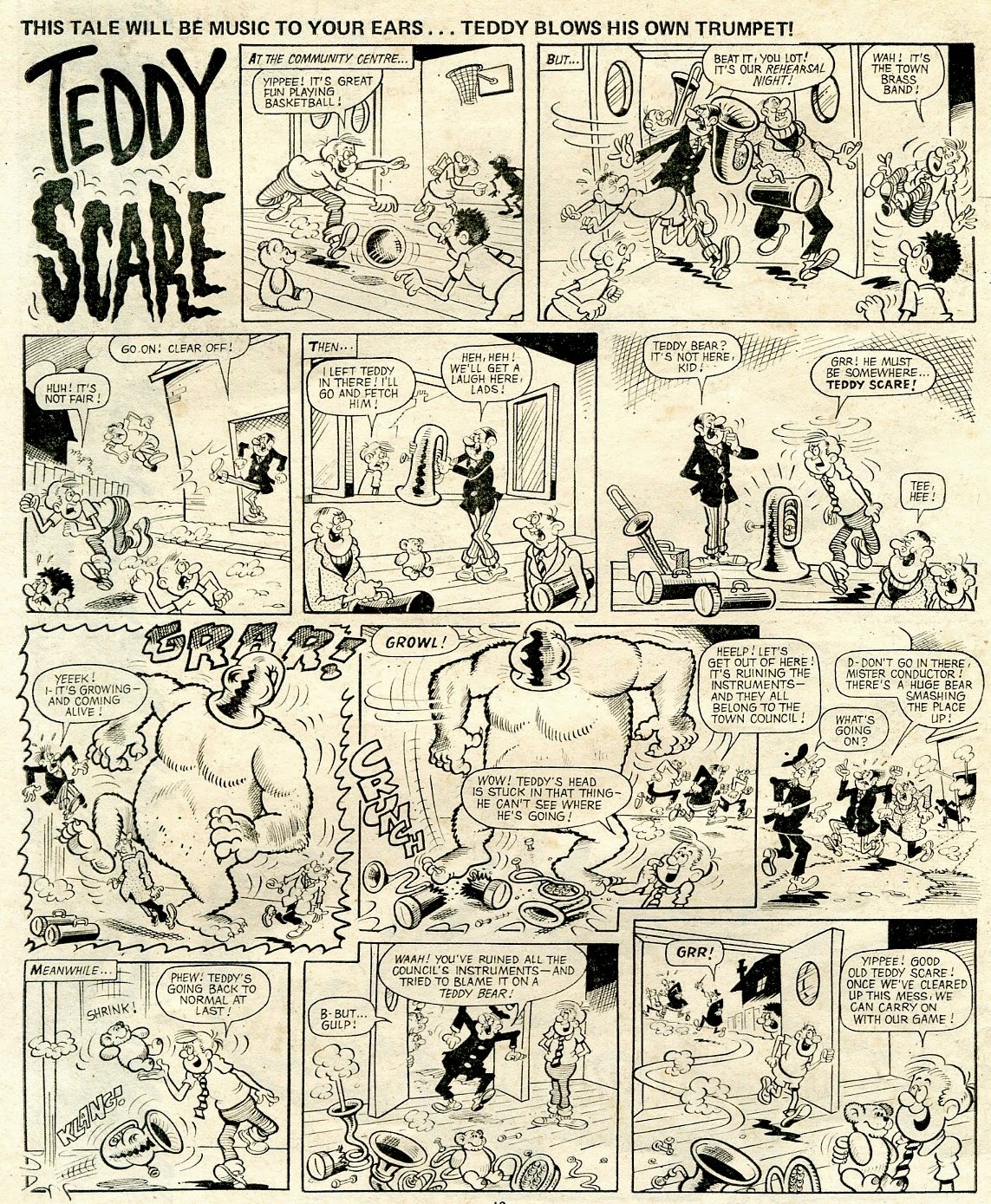 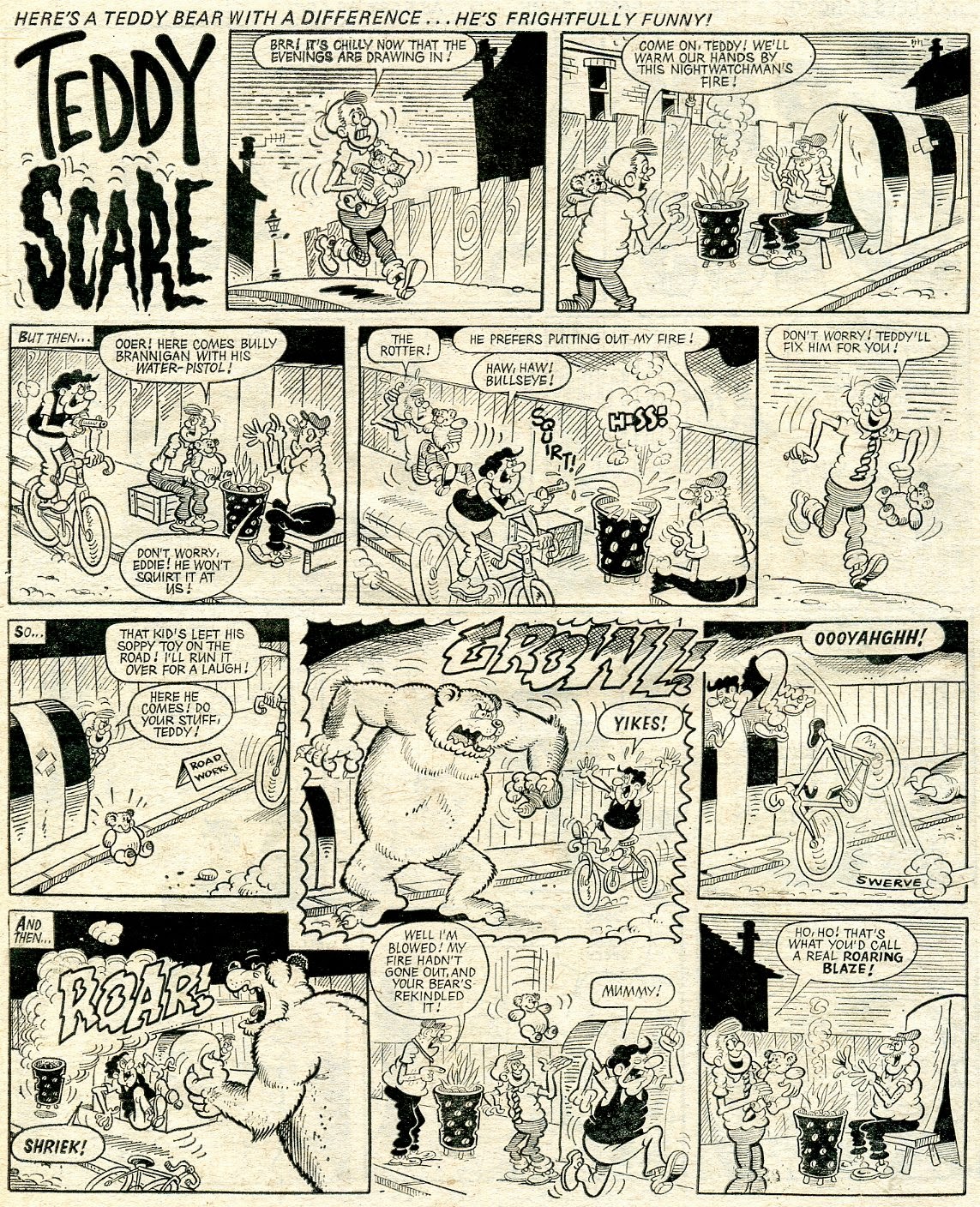 The strip survived incorporation of MFC into BUSTER and continued in the combined paper until 10th December 1977.

Posted by Irmantas at 7:03 AM No comments: