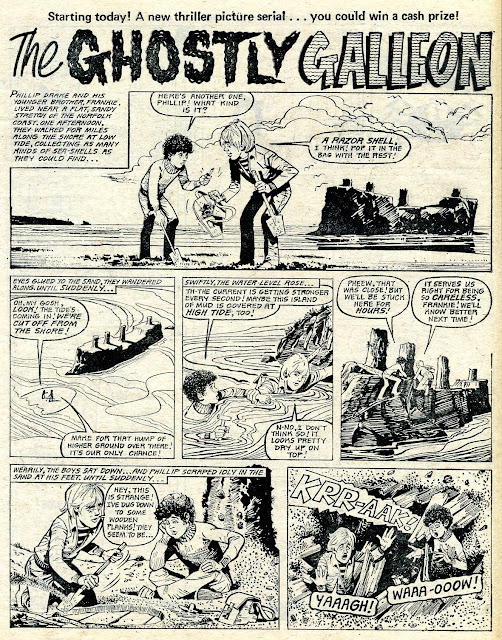 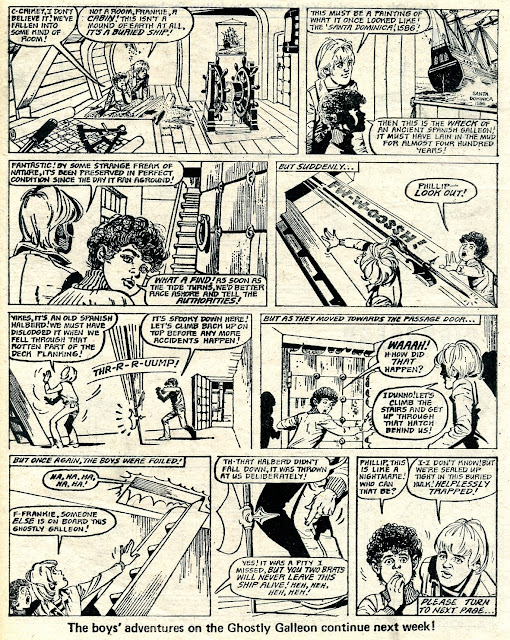 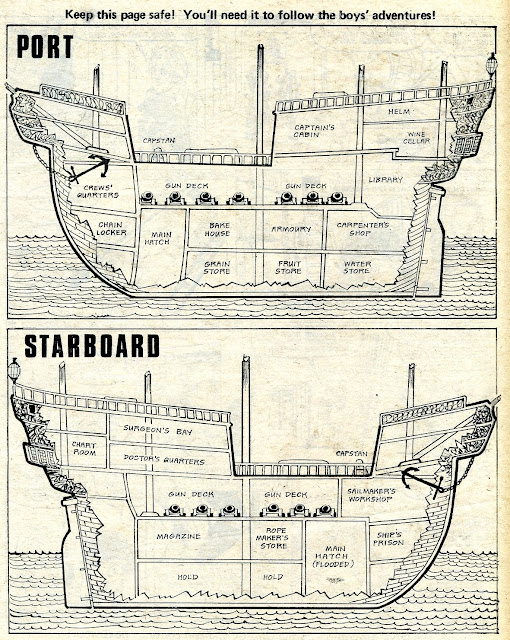 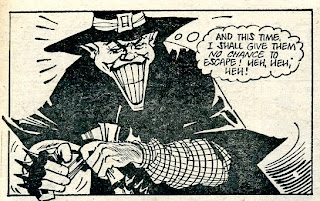 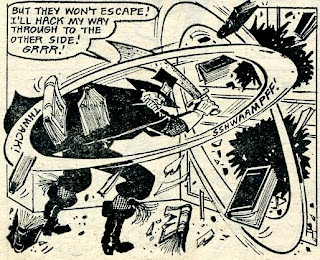 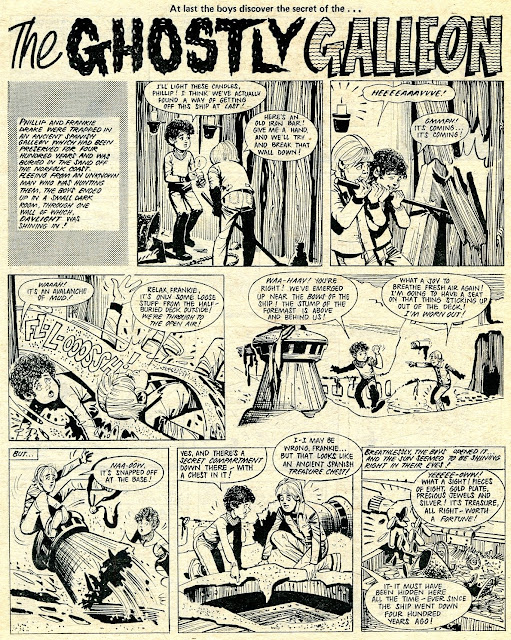 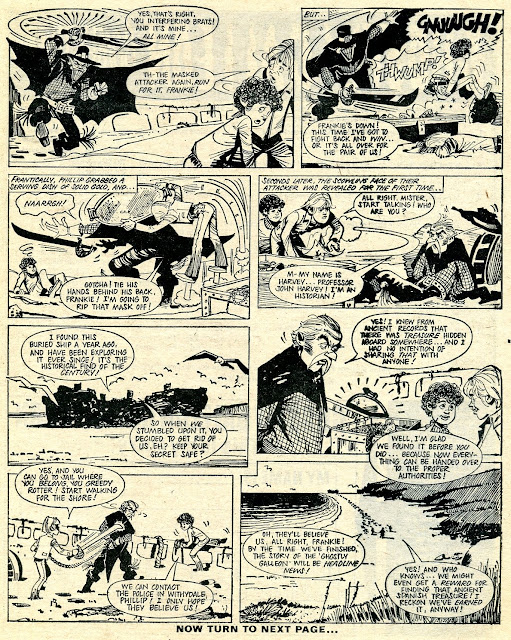 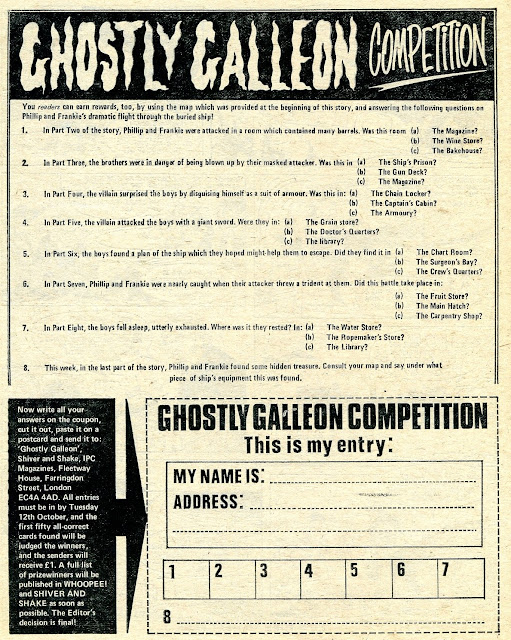 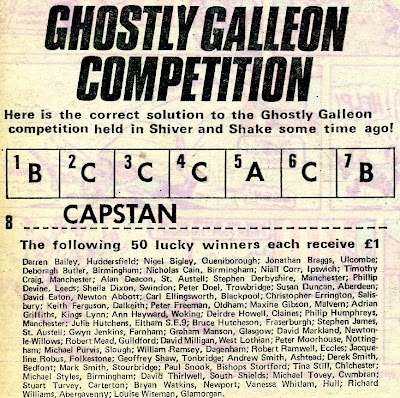 The Ghostly Galleon appeared in SHIVER AND SHAKE issues 71 – 79 and was part of SHAKE section; it was a two pager, apart from the opening episode that was two pages long and had an extra page with the drawings of the galleon so that readers could follow the two brothers’ dramatic flight through the buried ship. I don’t know the name of the artist but it looks like he also illustrated Rat Trap in COR!! There is something about the style that reminds me of girls’ comics.
Posted by Irmantas at 7:25 AM